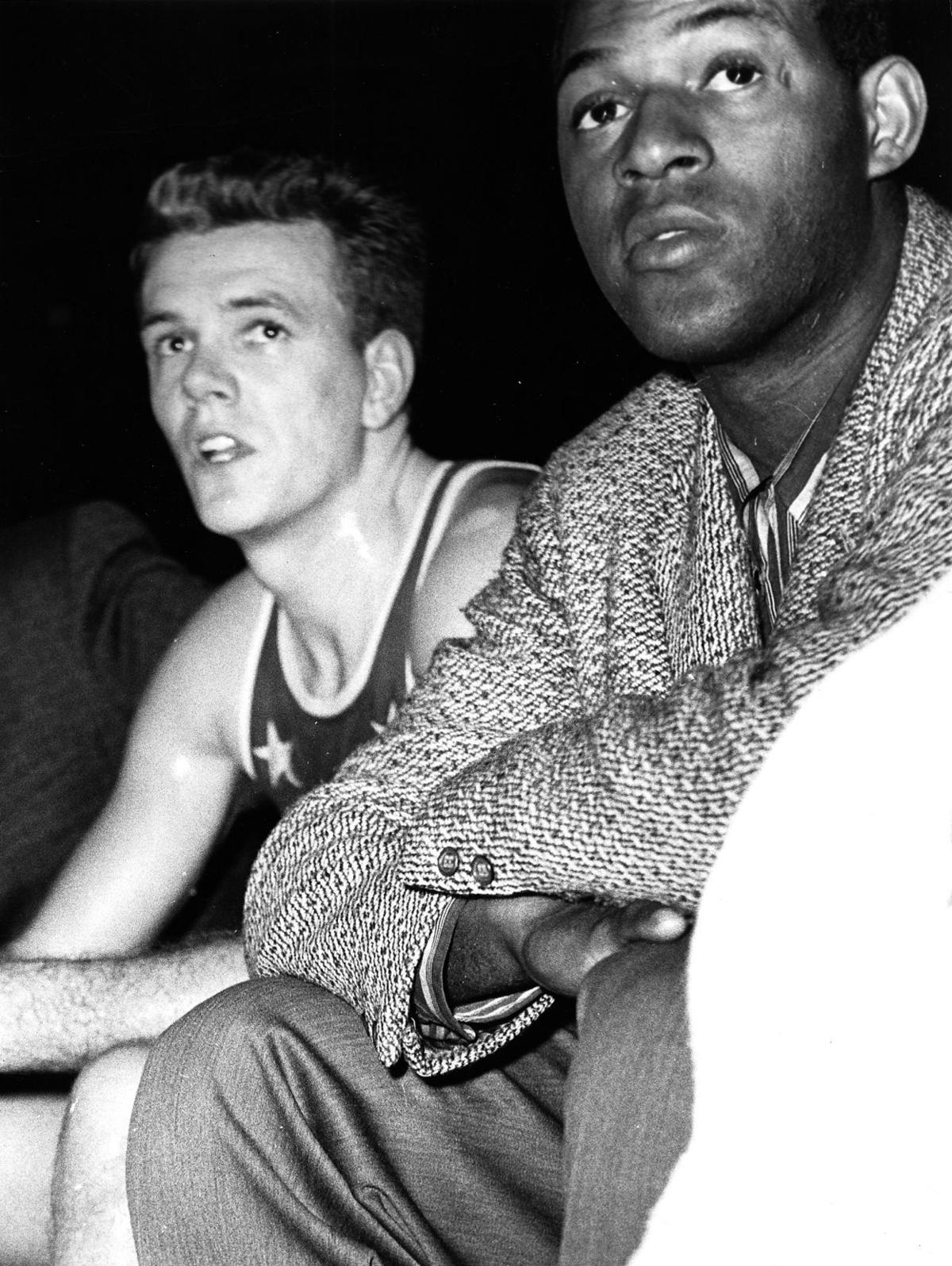 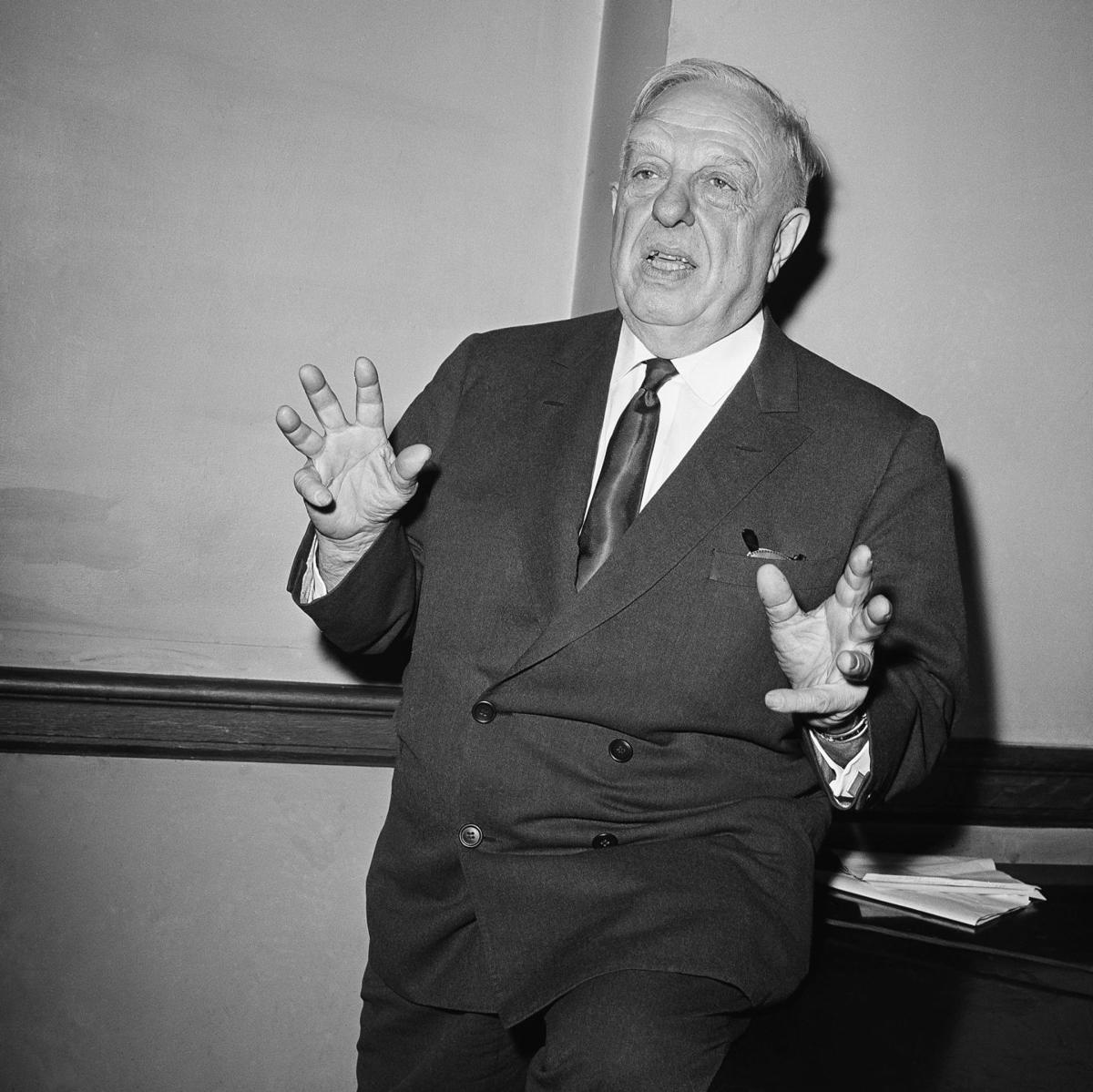 THE clerk behind the front desk glanced at the Minneapolis Lakers basketball players standing in the Kanawha Hotel lobby. “The three colored boys will have to go somewhere else,’’ he said. “This is a nice, respectable hotel. We can’t take the colored boys.’’

The “colored boys’’ included 6-foot-5 Elgin Baylor, the NBA’s best rookie, a basketball icon in the making, a Julius Erving-Michael Jordan prototype and a man not to be dissed. It was Jan. 16, 1959, and the Deep South still clung tightly to racial discrimination. Border states like West Virginia had desegregated most of their schools and some lunch counters, but little else.

The hotel’s racist policy outraged Hot Rod Hundley, a Charleston native, a second-year Laker and, suddenly, a civil rights activist. Hearing the desk clerk malign three of his teammates, he couldn’t hold back.

At least, those were the words Baylor recalled more than 50 years later in his autobiography, “Hang Time: My Life in Basketball.’’

Baylor not only had earned Hundley’s respect but, a few years later, would earn the respect of another prominent West Virginian. “My best teacher was Baylor,’’ said Jerry West, a longtime teammate. “I owe him so much.’’

Standing in the hotel lobby, Lakers coach John Kundla made a decision. He would not tolerate such discrimination and, gathering all of his players, left the Kanawha Hotel, at Virginia and Summers streets, and rode taxis down Capitol Street to Edna’s Tourist Hotel at 808 Donnally Street.

Edna’s, operated by Edna Jenkins, catered mostly to blacks on the site now occupied by a parking lot next to the Mattie V. Lee Home. It was a short walk from the Daniel Boone, the city’s leading hotel.

In addition to being denied hotel service, Baylor and his two black teammates, Boo Ellis and Ed Fleming, were denied restaurant service, prompting Baylor to visit a grocery store. He bought a few items and, after returning to Edna’s, made sandwiches.

The Lakers were in town to play the Cincinnati Royals at the brand-new 6,000-seat Charleston Civic Center in the city’s first-ever regular-season NBA game. And as game time approached, one can imagine Baylor eating his sandwiches at Edna’s and seething.

When Kundla met with his players before departing for the Civic Center, Baylor was not there. Kundla, who decades later would be enshrined in the Naismith and college basketball halls of fame, then found Baylor in his room. Baylor looked at him and said, “I was told this would not happen again.’’

He was referring to a November incident in which the Lakers played in Charlotte, North Carolina, and the team’s blacks were separated from their teammates. Shortly thereafter, NBA commissioner Maurice Podoloff promised to end such treatment.

Baylor agreed to accompany his teammates to the Civic Center but decided, as a protest, not to play. The public, however, did not know of his decision. Hundley likewise was in the dark. Shortly after the Lakers arrived at the arena, Hundley chatted with Daily Mail sports editor Dick Hudson and said, “You’re gonna see a good one in Baylor. Elg is the best I ever saw.’’

When Hundley then learned of Baylor’s decision, he initially urged him to play, but Baylor explained himself. “Rod, I’m a human being,’’ he responded. “I’m not an animal put in a cage and let out for the show.’’

After the game, Baylor spoke with Daily Mail sportswriter Bill Smith and noted that the restaurant’s discrimination was another reason for his protest.

The Royals, incidentally, did not have a hotel or restaurant problem for their lone black player, Wayne Embry. They arrived in Charleston on the day of the game and left for New York immediately after.

The game’s sponsor was the American Business Club of Charleston, which paid $6,500. When Baylor sat on the bench in street clothes as the Royals edged the Lakers 95-91, the business club was angry and insisted the Lakers knew in advance that the players would be housed separately — as if advance notice justifies discrimination.

Someone produced a copy of the telegram the game’s organizers sent to Kundla on Dec. 29, telling him of the hotel arrangements. It said, “A local hotel will take care of the entire team for the Jan. 16 date with excellent accommodations for Negro players. Happy New Year.’’

Left unsaid was that the Kanawha Hotel would accommodate the white guys and send the blacks down to Edna’s.

Not long after the game, the business club sent a harsh telegram to Podoloff, urging disciplinary action against Baylor. It added that his protest was “most embarrassing to us and damaging [to] our chances of promoting future NBA games here.’’

But neither the NBA nor the Lakers took action. Podoloff, in fact, denounced the game’s organizers and said he was shocked the three Lakers had been denied equal housing. “Somebody slipped at Charleston,’’ he said. “The league had every assurance against any indignity.’’ He added that “Elgin Baylor is one of the cleanest players we have in the league.’’

An anonymous Laker said, “I admire the man’s willingness to stand by his conviction. He’s very much respected on this club. But I think he let the team down by not playing.’’

Upon returning to Minneapolis, Baylor met with Short, a Minneapolis native who earned millions in the shipping and real estate businesses and who would move the Lakers to Los Angeles a year later. Short also would buy the Washington Senators and move them to Arlington, Texas, where they became the Texas Rangers.

“His refusal to play was a matter of principle with him,’’ said Short, “and I’m certainly not going to fault him for that. ... We will demand a non-segregation clause in future contracts.’’

Short had agreed to the game only on the condition that there was “assurance that the team would stay together and eat together’’ and that there would be no repetition of the discrimination in Charlotte.

“I’m very grateful for Mr. Short’s support of me,’’ said Baylor, “but I would do the same thing even if it would cost me my entire salary.’’

The incident prompted Minnesotans to rally around Baylor, who was averaging 22 points at the time and would finish the season at 24.9. A Minneapolis columnist said he already was popular but “now is a red-hot gate attraction.’’

Meanwhile, Charleston mayor John Copenhaver said, Charleston “as a municipality has nothing to apologize for.’’

As a youngster, Hundley had spent countless hours playing basketball at the Reynolds Street playground where the new Civic Center now stood. And Hot Rod had recently moved into the Lakers’ starting lineup and scored 28 points on Jan. 12, prompting a rush on Lakers-Royals ticket sales.

The Civic Center had opened in late 1958 and was proving to be a popular place. When it was announced the Mountaineers, led by West, would play the Virginia Cavaliers there on Dec. 13, the place sold out two weeks in advance.

Charleston High and Stonewall Jackson played at the Civic Center on Jan. 6 and, undoubtedly helped by the building’s novelty, drew 1,921 fans. On Jan. 15, the night before the Lakers-Royals game, unbeaten South Charleston defeated Stonewall 59-56 in the new building and attracted a crowd of 2,380.

One of the Lakers-Royals organizers predicted a crowd of at least 3,500. Tickets sold for $3.50, $3, $2.50 and $2 and were on sale at the Civic Center and the George King Sports Center, a sporting-goods shop at 14 Capitol Street, not far from the Boulevard.

But for reasons unrelated to Baylor’s protest, the game drew a disappointing crowd of 2,356, slightly fewer than the South Charleston-Stonewall game. The American Business Club lost at least $800, or about $7,000 in today’s economy.

The biggest culprit was the weather. On game day, temperatures fell to near zero, and the streets were coated with ice.

And besides, the NBA back then was not a big attraction. The 12-year-old league consisted of just eight teams and was hardly a money maker. Charleston fans might fill the Civic Center to see Jerry West and the Mountaineers but not an NBA game.

As a way of boosting ticket sales, most NBA teams scheduled occasional “home’’ games in other cities. In the ‘58-’59 season, the Lakers not only played in Charleston but in other non-NBA cities such as Charlotte, Houston, Dallas, San Francisco and Seattle. The Seattle game was scheduled to take advantage of Baylor’s popularity as a former Seattle University All-American.

To promote itself in the New York City media market, the NBA scheduled afternoon doubleheaders at Madison Square Garden where, as the afternoon wore on, a cloud of cigarette smoke filled the arena, limiting visibility.

Teams had to be creative in cutting costs. In Boston, visiting teams stayed at a fleabag hotel next door to the Boston Garden and the train station, thereby saving money on the cheap overnight rates and by not having to pay cab fare. Never mind that visiting players, after donning their uniforms at the hotel, would walk past a bar and subject themselves to profane insults from the patrons.

Podoloff, whose name adorns the NBA’s annual MVP trophy, did more than just exonerate Baylor in January of 1959. He went a bit further. “I would find it hard to punish a man,’’ he said, “for trying to protect his self-respect and dignity.’’