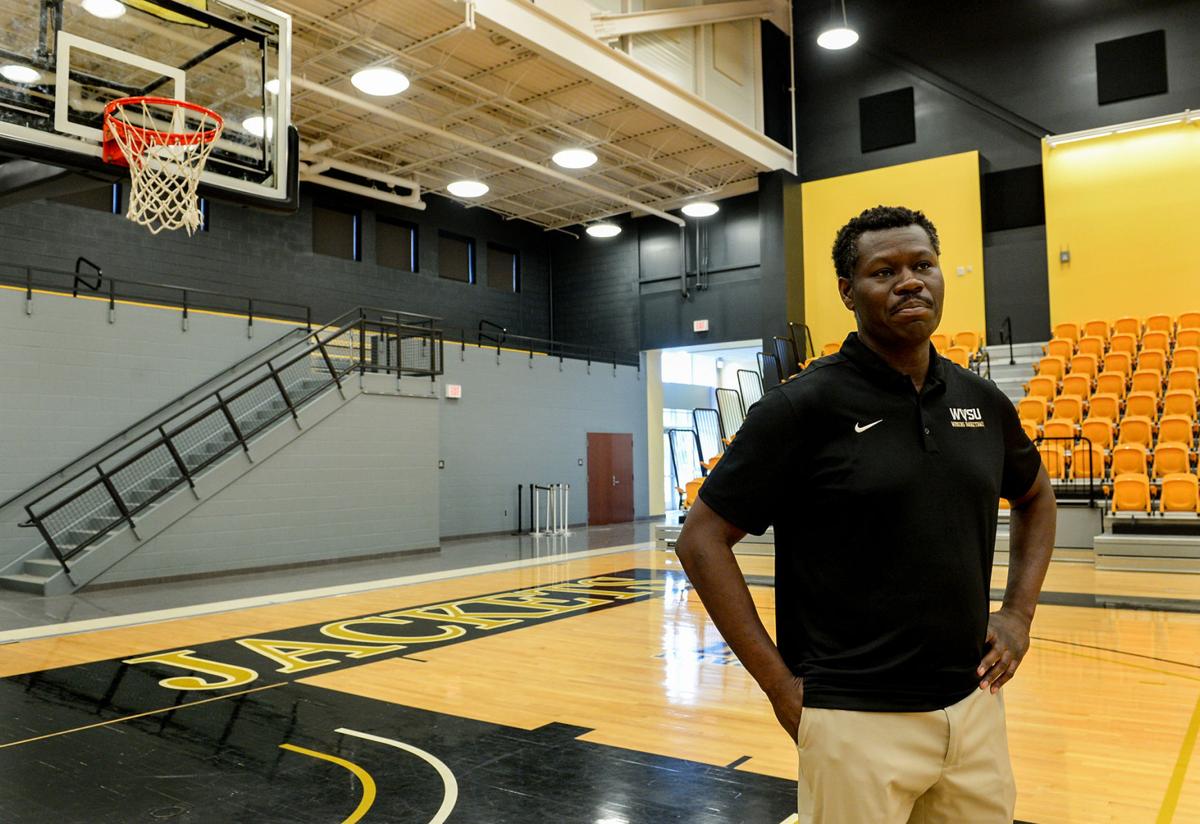 West Virginia State women’s basketball coach Charles Marshall said he knows the anger and frustration many of his players are feeling in the wake of the George Floyd killing. Marshall said he was the target of racial profiling as a teen. 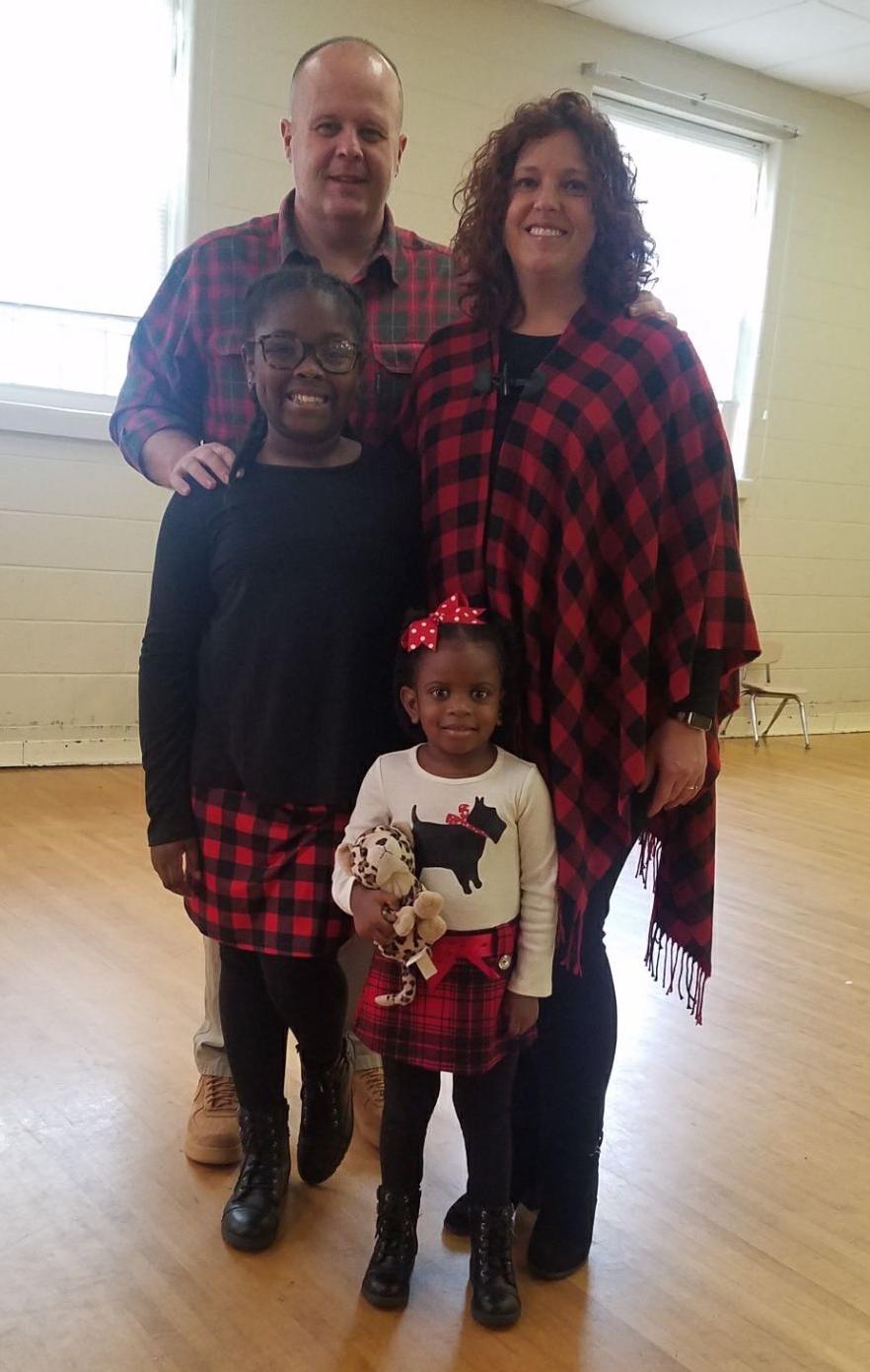 West Virginia State women’s basketball coach Charles Marshall said he knows the anger and frustration many of his players are feeling in the wake of the George Floyd killing. Marshall said he was the target of racial profiling as a teen.

Charles Marshall’s phone rang one recent afternoon. One of his incoming West Virginia State women’s basketball players was on the other end of the line.

She wanted to join the protests against police brutality that have rippled across the country and around the globe since George Floyd, a black man, was killed by a Minneapolis police officer.

“My first thought is to make sure you’re safe, but I support you,” Marshall said. “We know that we have to continue to support our families and the families of people having issues around the world. I’ve reached out to current players to get their thoughts about what’s going on and a lot of them didn’t know what to say. Some are angry and frustrated.”

Marshall is a black head coach at West Virginia State, a historically black university. He’s also a native of Louisville, Kentucky, where Breonna Taylor, a 26-year-old black woman, was shot dead in her home in March by Louisville police.

High school and college sports are in the early stages of restarting following their hiatus due to the coronavirus pandemic. Coaches are preparing not just for game plans, practice drills and scrimmages, but for a heightened sense of responsibility in guiding the next generation.

Marshall knows his players’ anger and frustration all too well. He remembers his own experience with police as a teenager. It’s a story he hasn’t often told, but one that resonates now.

“At the age of 16, I was fortunate enough to have a vehicle when most of my friends at that time were not able to have a car, especially coming from the area I grew up in which was considered a not-so-good area,” Marshall said. “My mom and dad both worked. My father worked at General Electric and retired from there, so we were better off than most.”

Marshall had cousins and other relatives who lived a few miles from his house, so he drove that road several times a day. One night, police pulled him over. Soon, seven police vehicles had pulled up to his car.

“I was pulled out, put in handcuffs and had my vehicle searched only for them to tell me they had the wrong person and they let me go,” he said. “But it was not a fun situation to be in. I never said anything to my mother or father until later on in life about that incident, because that was sort of the norm. That’s what happened where I grew up.

“That’s where a lot of the frustration comes from black people. Most black people have dealt with some type of situation like that, whether it’s one time or multiple times.”

Now, Marshall coaches a 15-player roster and has two daughters of his own. He finds himself in a position of authority at a crucial time in American history. For young people, who will one day grow to run the country, the actions taken now will loom heavily in their future.

“I know I have a little more responsibility than most,” Marshall said. “I do feel a little pressure, but me being in this position and being where I’m from, I have to take ownership in that and use what I’ve learned to help somebody else.”

While Marshall’s players are at home, scattered across most of the eastern United States, high school coaches are preparing to stand in front of their teams with the weight of the moment resting on their shoulders, as well.

Minorities compose more than a third of Capital High School’s enrollment, according to school data. Jon Carpenter, who is white, coaches the football team. Michael Cunningham, who is black, coaches the girls basketball team. The coaches’ task is the same.

As he enters his 11th season, Carpenter has entrenched himself in Charleston’s black community. He and his wife, Leslie, have adopted two black girls from St. Vincent and the Grenadines — Destiny, 10,and Lucy, 5.

Before he can worry about conversations with a group of teenage boys, Carpenter must explain the state of the world to his two young girls, even when he admits he can’t relate to what they might face in their lives.

“You do your best and you try to explain to them what’s going on, but it’s like telling someone about landing on the moon,” Carpenter said. “I’ve never been to the moon. It’s not easy being a tour guide to a place you’ve never been.”

His players are older and able to comprehend, as well as form opinions and feelings, on social rights issues. Carpenter said his main goal is to make sure his players understand he is there for them in any and every capacity.

“Obviously, I know a lot of white people and so many have no idea and no empathy for what goes on in that community and they can’t understand. If you start diverting to somebody breaking a window out, if that’s your mindset, you’re probably part of the problem.

“I’ve been in the black community and they’re used to this. For my kids, this is nothing new. This has been their world forever. When things like this happen, it’s only new for white people. It’s heartbreaking that somebody has to be killed for these conversations to happen. Systematic racism is just as dangerous as police brutality.”

Cunningham also has a multicultural home. His wife is white, and he has two stepchildren and two biological children.

Cunningham is still trying to build Capital’s girls basketball program back to respectability. Much of his message over the past few seasons has centered on uplifting his players. That philosophy is one he also plans to use in talks about social issues.

“My main thing is, I want everyone to stay as positive as possible,” Cunningham said. “Unfortunately, we live in a world today where there’s a lot of negativity. Positivity is the main thing and even in season, that’s how I try to coach.”

All three coaches find themselves with a forum to teach more than just X’s and O’s. And they all understand how instrumental their positions are for the people they guide.

“Sports brings different types of people together and that’s what’s being missed,” Cunningham said. “It takes you away from real-life negativity. On the basketball court you don’t talk politics or race. You talk about setting a screen to help a teammate. It brings all people together to work toward one goal. That’s where the world needs to be. Come together, link arm in arm and be able to work together regardless of your upbringings or what you look like.”

“This community is so much more,” Carpenter said. “That’s the thing that gives you hope. It’s hard to watch the news and not feel like things are so bad. But I know the kids I coach and the places they come from, love always comes through the community we’re in. The community I get to coach in is a lot more loving and family-oriented than most, so it’s going to turn out OK ... even if you’ve got to throw some rocks.”