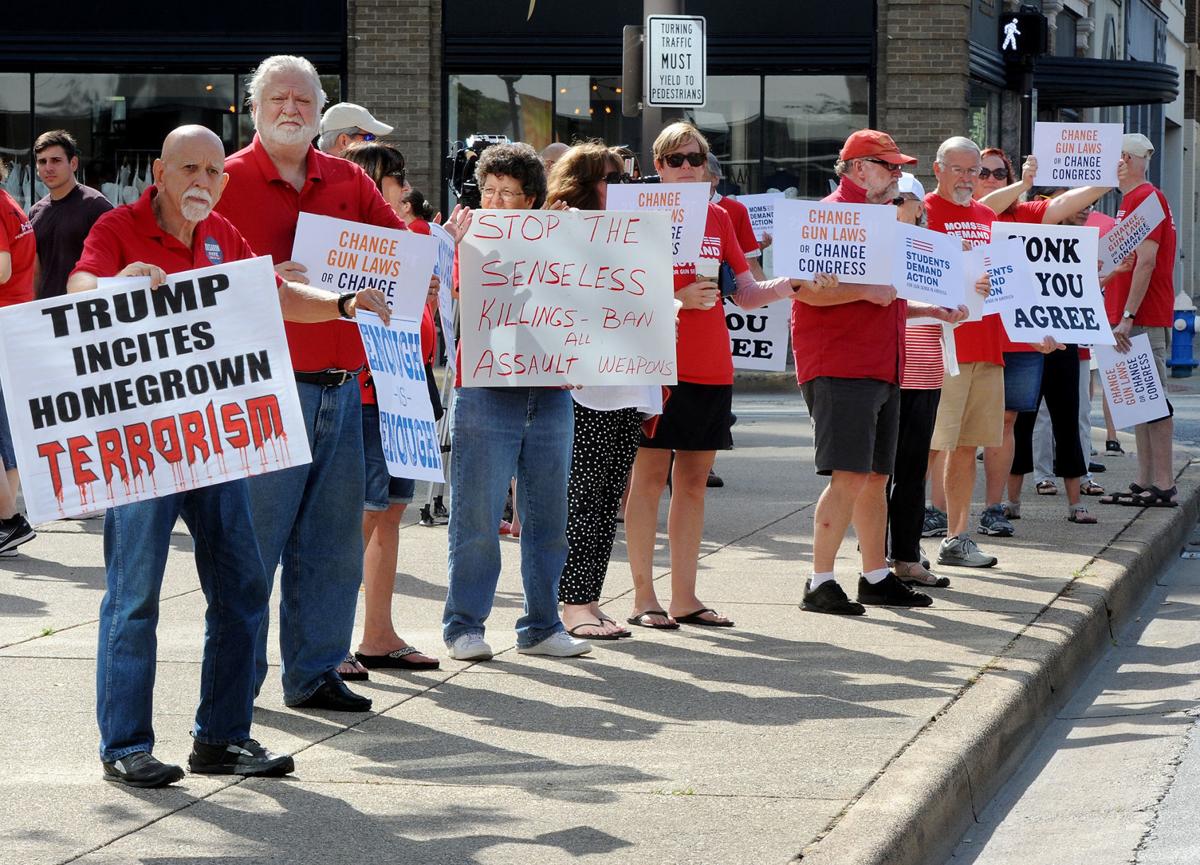 People demonstrate against gun violence at a rally Saturday outside Sen. Shelley Moore Capito’s office at the United Building, in Charleston. 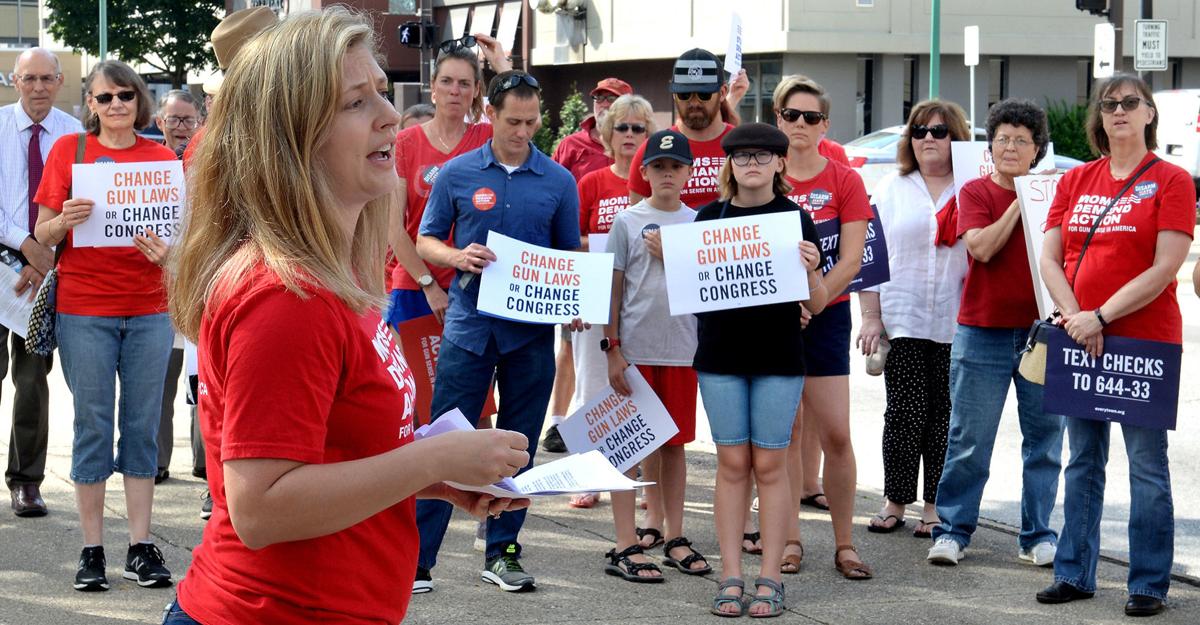 People demonstrate against gun violence at a rally Saturday outside Sen. Shelley Moore Capito’s office at the United Building, in Charleston.

“We’re asking that [Capito] comes out to support background checks on all gun sales,” said Tosha Pelfrey, head of the West Virginia chapter of Moms Demand Action for Gun Sense in America. “That’s an easy place to start. Most Americans support it.”

The protest was organized by the West Virginia arm of Moms Demand Action, Every Town for Gun Safety and Students Demand Action for Gun Sense in America, all national grassroots organizations that advocate for more gun legislation.

About 30 people attended Saturday’s event in Charleston, where they heard from activists, doctors and other citizens who have been affected by gun violence in West Virginia.

Dr. James McJunkin, chairman of the Injury Prevention Committee at the American Academy of Pediatrics’ West Virginia chapter, shared with the crowd dozens of statistics on gun violence and gun deaths in the state.

“If we didn’t have these [numbers], we would still do nothing,” McJunkin said. “We do have them, though, so let’s do something.”

Activists outside Capito’s office, at the United Building on Virginia Street, held signs saying things like “Change gun laws or change congress” and “The whole world is ashamed of us.” Dozens driving by honked in support of the protest, some waving and yelling out their car windows.

“I wish people understood — we’re not advocating to come and take people’s guns,” said Amie Maynard, a member of Huntington’s Moms Demand Action chapter. “We want to create a safe environment where they don’t feel they have to be armed all the time.”

Maynard said she has been affected by gun violence several times in her life: She’s lost a number of people to suicides involving guns.

“Too many to count, and I don’t want to count any more,” she said.

She said she believes that, today, parents are terrified by the potential for violence, so many feel like they have to be armed to protect their children.

“We’ve got parents out there juggling diaper bags and guns,” Maynard said.

Maynard isn’t a mother. She said the current environment of gun violence is something that influenced her decision to not have children. She said she couldn’t imagine sending a child to school and not knowing if they were going to come home alive.

“I don’t want to worry about that, and I don’t want to have a child that has to live with that stress,” Maynard said. “It’s inescapable today, though.”

West Virginia hasn’t experienced a mass shooting like the recent ones recently in Dayton, Ohio, and El Paso, Texas, but Maynard said individual instances of gun violence that kill hundreds of West Virginians each year should be enough reason for residents here to act and call for common-sense laws. And, she said, just because something hasn’t happened to that scale, doesn’t mean it won’t.

“It will happen. We will have our own, if we continue to live without the precautions that could stop it,” Maynard said. “That’s why we need to change our laws. We need to vote for people that are willing to protect us from gun violence, not let it continue. That’s why we’re here today.”

Caity Coyne is a corps member with Report for America, an initiative

of The GroundTruth Project.