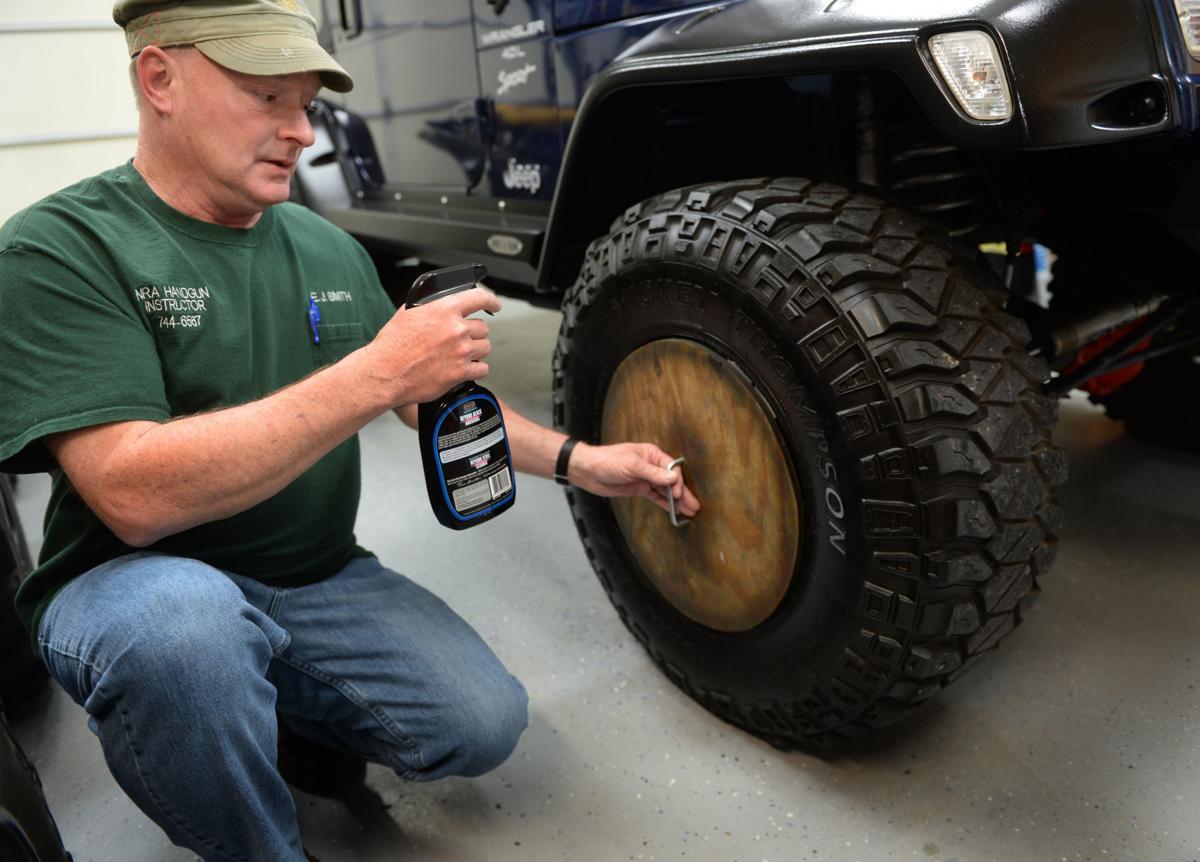 E. J. Smith, a retired Nitro High School science teacher, demonstrates his patented idea of covering a wheel while you spray tire cleaner on a tire. 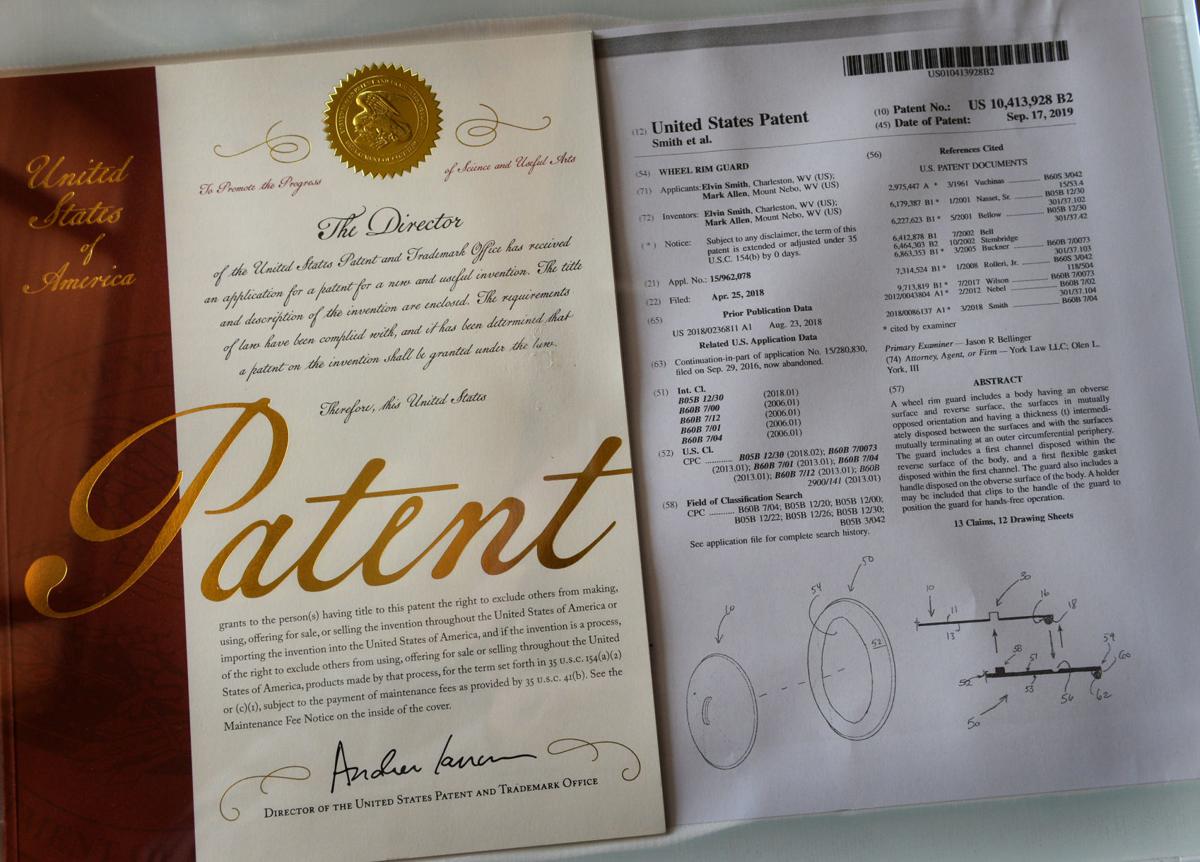 The patent that E. J. Smith received on his invention.

E. J. Smith, a retired Nitro High School science teacher, demonstrates his patented idea of covering a wheel while you spray tire cleaner on a tire.

The patent that E. J. Smith received on his invention.

E.J. Smith is a stickler for detailing.

The retired Nitro High School science teacher’s two ATVs are spotless, as are his car, vintage pickup and Jeep CJ5 — the hoods of which are clean enough to dine upon, in the unlikely event Smith would consider such an activity.

Decades of washing and detailing his vehicles routinely included the task of spraying cleaning products on his tires, which caused him some concern, due to their often caustic content.

“The chemicals in the tire cleaning products can damage the wheels,” causing discoloration, corrosion and pitting to occur, he said. With some custom wheels selling for $1,000 or more, there would seem to be a value in keeping them free of clean-and-shine tire sprays, he reasoned.

To solve that problem while doing his own detailing, Smith cut a circle from a thin sheet of wood that matched the wheel diameter on his vehicles and installed a lightweight handle in the middle. The homemade device allowed him to easily shield his wheels from corrosive spray as he applied tire cleaner.

“After a while, people started seeing me using it and told me they thought it was a good idea,” Smith said. “Some of them asked why I didn’t patent it, and the more I thought about it, the more I thought, ‘Why not?’ ”

Smith said he failed to act on other ideas for inventions only to see others patent and produce them. Smith thought his car care gadget might be relatively easy to submit for a patent and then mass produce from molded plastic.

One of their first significant expenses was hiring an attorney to guide them through patenting.

“A lot of people have told us that a couple of schoolteachers would never get this thing patented,” Smith said. “It took two years, but we got the job done.”

The patent for the gadget was awarded last September while a second patent application for add-ons to the device was recently accepted and is listed as patent pending, according to Smith.

Plastic injection molds likely will be used to produce the gadget Smith and Allen are developing. To improve upon the original device, the plastic discs will contain a groove to hold a rubber seal in place to secure it to wheels and wheel rims, blocking tire spray in those areas.

The two retired teachers have begun to contact potential producers of their invention. Ideally, the rights to market the device would be bought by a car care retail chain and sold through its outlets.

Retirement from teaching has proved a far cry from rocking chairs and porch-sitting for Smith and Allen.

Smith continues to teach NRA-sanctioned handgun certification and concealed carry classes, which he began doing 25 years ago. With his wife, Viktoriya, he operates a professional metal detecting business to help people find lost jewelry and other metallic objects. His company also assists police in finding shell casings and bullets at crime scenes.

Smith taught science classes in Kanawha County schools for 34 years, including 18 as a night school teacher. During 15 years of that period, he taught DNR Hunter Safety classes.