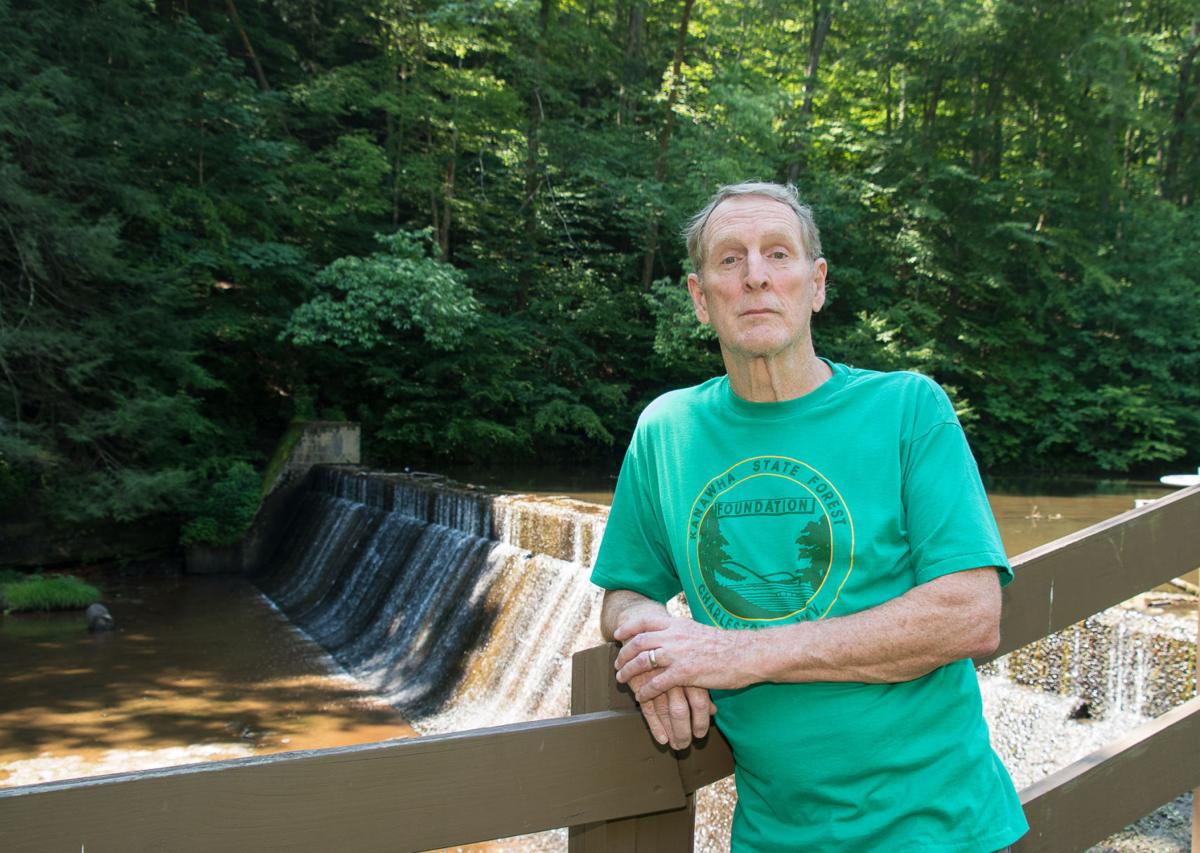 The dam at Kanawha State Forest is scheduled to be taken out in 2021 or 2022, but forest foundation president Carl McLaughlin said he believes parks officials need to take steps to keep children away from it until the demolition takes place. 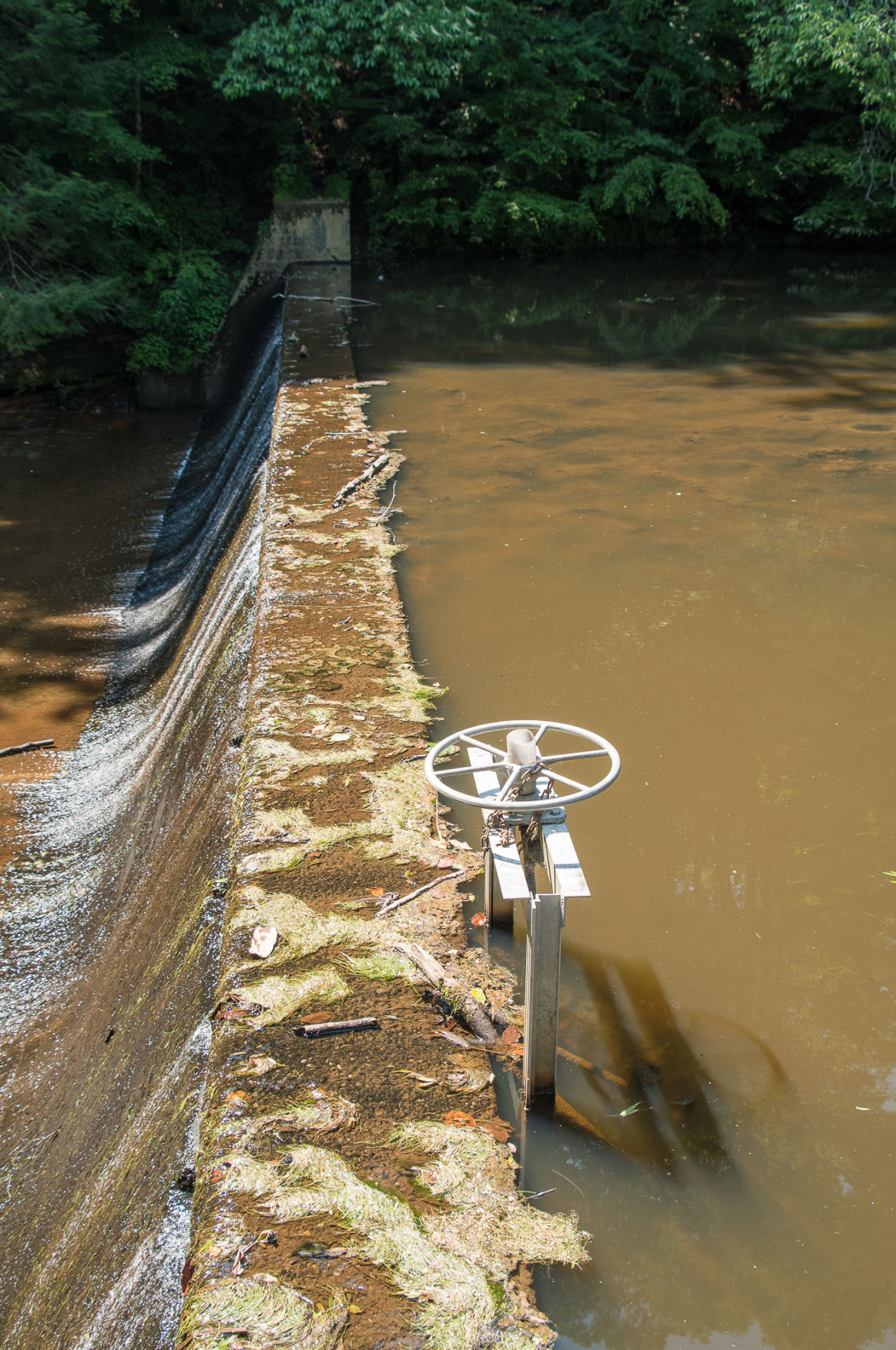 The pond upstream from the dam has filled in with sediment, and McLaughlin fears that a child could fall in and become entrapped in the sticky muck.

The dam at Kanawha State Forest is scheduled to be taken out in 2021 or 2022, but forest foundation president Carl McLaughlin said he believes parks officials need to take steps to keep children away from it until the demolition takes place.

The pond upstream from the dam has filled in with sediment, and McLaughlin fears that a child could fall in and become entrapped in the sticky muck.

As people head outdoors to escape the COVID-19 pandemic lockdown, they might not be aware of the hazards they could face there.

Carl McLaughlin said he believes there are two areas within Kanawha State Forest that could be dangerous for young children. One is near the Ellison Pond dam, and the other is behind the park’s new gift shop.

“We’ve had a major increase in use here because the forest is a great place to socially distance,” said McLaughlin, acting director of the Kanawha State Forest Foundation. “It is a fantastic recreational spot, and it’s only 8 miles from the state Capitol building.

“It’s heavily used, especially by families, and with more and more kids coming out here, I’m afraid someone’s going to get hurt.”

McLaughlin said he believes the 9-foot-high concrete dam that forms the pond is particularly dangerous.

“That dam has almost 9 feet of sediment collected behind it,” he said. “It’s not firm sediment, either. It’s loose muck. Falling into it would be like falling into quicksand. I’m scared to death a kid is going to fall in there and get stuck.”

A three-rail wooden fence blocks direct access to the dam area, but a small child could easily crawl through it, under it or around it. A sign on the fence warns people not to go behind it, but McLaughlin doesn’t believe it’s adequate.

One solution, McLaughlin said, would be to put up a larger, more conspicuous sign that spells out the nature of the hazard.

“Explain the situation,” he added. “Something like this: ‘Because of the amount of sediment behind the dam, it is not safe to go near it. Please stay several feet away from the dam if you choose to fish here.’ ”

He said the current sign, which urges visitors to stay on the side of the fence away from the dam, is like a red flag being waved at a bull.

“I think a lot of kids, when they see a sign like that, automatically want to go to the other side of the fence,” he said.

The West Virginia Department of Environmental Protection plans to remove the dam and restore Davis Creek to a free-flowing stream, but work won’t begin on that until 2021, at the earliest. In the meantime, McLaughlin said, he believes the state Division of Natural Resources should upgrade the warning sign and, possibly, create a barrier that children couldn’t so easily circumvent.

He said similar measures need to be taken behind the forest’s new headquarters and gift shop, where the old swimming pool is located.

“The pool is empty, and the diving well is 12 feet deep,” he added. “It presents a risk that a small child could leave the supervision of a parent and wander outside, get too close to the edge and fall into that empty diving well. A child could get badly hurt there.”

Again, he said he believes the hazard could be mitigated if DNR officials would put up large, conspicuous signs that spell out the danger.

“I think there should be signs right out in front of the building, so that if a parent sees a kid dart around toward the back, they’d realize the danger the child could be heading toward,” he said.

DNR workers have removed the pool’s lifeguard towers, eliminating one potential hazard, but McLaughlin said he believes the diving well should be addressed, too.

“I know they eventually plan to take the pool out, but in the meantime, I think they should build a platform over the diving well,” he said.

“The problem there is that the fence is partly down,” he said. “That is being corrected. The other issue, the one at the dam, we’re going to reevaluate.”

Reed said parks and DNR officials “value [McLaughlin’s] opinion, as we value the opinion of anyone who sees a safety issue that needs to be discussed.”

“We’re totally committed to providing a safe and healthy environment for our guests,” he said. “We believe our facilities are pretty safe. We have a great safety record, and if we can improve the safety of our facilities, we’re going to do that.”