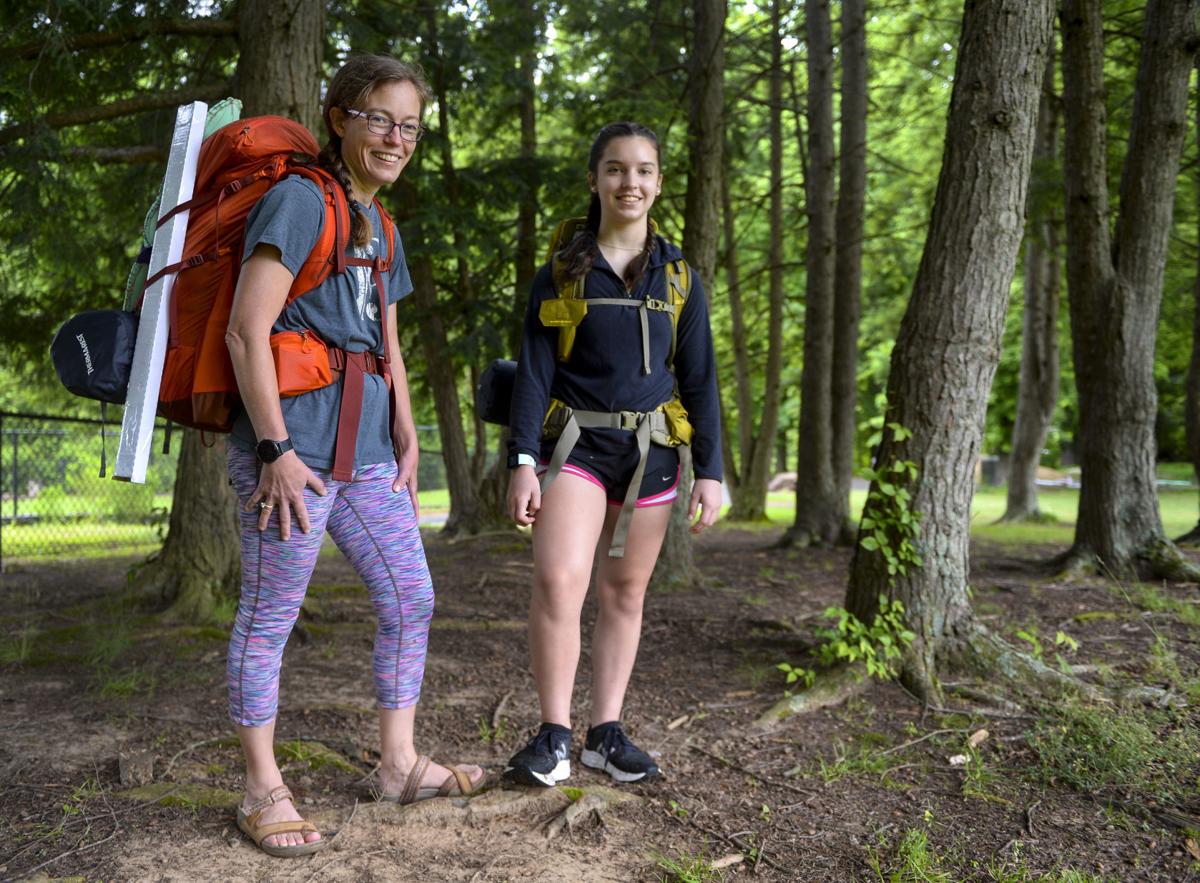 Sandra Groce and her daughter, Bonnie, 14, are preparing to hike 335 miles from Pittsburgh to Washington, D.C., to raise money for Manna Meal, feeding center in Charleston for those in need. 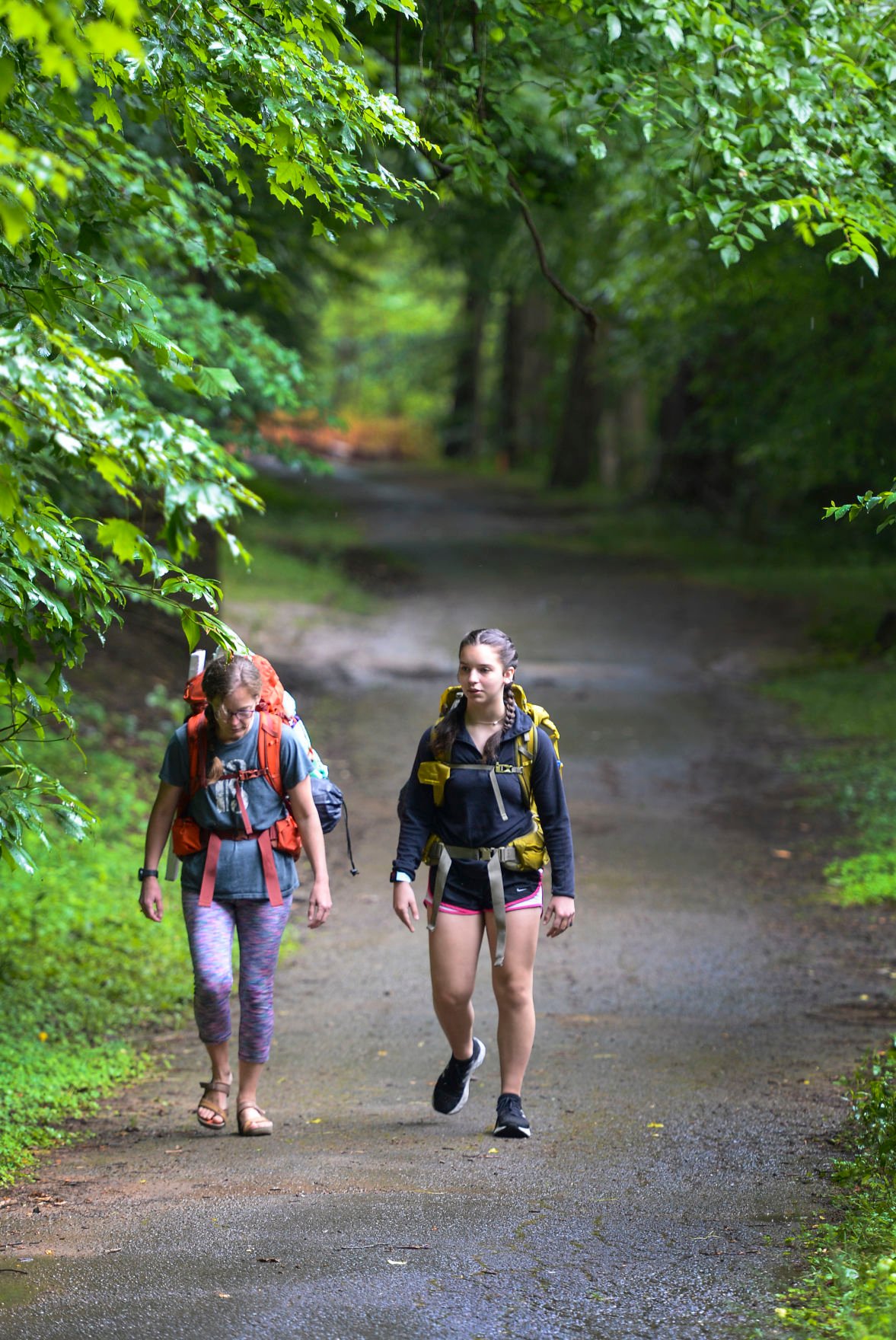 Sandra Groce and her daughter, Bonnie, prepare for their 335-mile hike to benefit Manna Meal. Sandra is principal violist for the West Virginia Symphony Orchestra and Bonnie is a Capital High School student.

Sandra Groce and her daughter, Bonnie, 14, are preparing to hike 335 miles from Pittsburgh to Washington, D.C., to raise money for Manna Meal, feeding center in Charleston for those in need.

Sandra Groce and her daughter, Bonnie, prepare for their 335-mile hike to benefit Manna Meal. Sandra is principal violist for the West Virginia Symphony Orchestra and Bonnie is a Capital High School student.

Bonnie, a 14-year-old Capital High School student and the daughter of “Mountain Stage” host Larry Groce, is joining her mother, Sandra, on a 335-mile trek from Pittsburgh to Washington, D.C., to raise money for Manna Meal, a Charleston center that feeds the hungry.

“I wanted to do a big community service project, but a lot of places aren’t open for volunteers,” Bonnie said.

As it happened, Bonnie’s mother, who a violist for the West Virginia Symphony Orchestra, had been planning to take a walking tour from the end of June through late July. While she initially looked forward to the solitude the trip would offer, “with all of this quarantine time, I didn’t feel like I needed to get away from everybody quite as much,” Sandra said.

With that, the pair hatched the idea of Bonnie tagging along and turning the trip into a walkathon to benefit the soup kitchen where they both had spent time as volunteers.

The next step was finding sponsors. Bonnie reached out to friends and her extended family. They came up with different sponsorship levels, from as little as 10 cents a mile to as much as a dollar. They broke down the costs and came up with a chart detailing how much she could make.

“I wrote so many emails,” Bonnie said. “I’m sick of writing emails.”

They said their expectations were modest, almost pessimistic.

The Groces’ route follows the Allegheny Passage and C&O Canal Towpath. They said they hope to cover the distance in 23 days, which will require logging a little under 15 trail miles per day. The pair began training only a couple of weeks ago, progressing gradually from a mile or two up to about 7 miles per walk.

While it’s not likely to be a daunting task for Sandra, a long-distance runner frequently spotted logging miles around Charleston, the hike might not be a walk in the park for Bonnie, a ballet dancer.

“I’m used to getting most of my exercise indoors,” she said.

In addition to their camping gear and clothes, the Groces will be hauling Sandra’s violin and bow.

The gear is cumbersome, but Sandra said they packed conscientiously and were traveling relatively light. Because their route doesn’t venture too far from civilization, the two aren’t carrying a lot of extra food or water. They plan to spend their nights camping at commercial campgrounds, but also will sleep in a motel room a couple of nights and spend two nights with friends.

“We’ll be able to stop at gas stations and order pizza,” Sandra said.

They’ll also have their cellphones and an iPad, along with an assortment of spare batteries and chargers to power the devices. Bonnie said she plans to keep supporters updated on their progress via a website.

While the pair are hopeful to reach their destination in 23 days, inclement weather could delay their return to Charleston.

“We don’t know what we’re going to get,” Bonnie said. “We could get extreme heat or downpours.

“I’ll be in trouble with [Charleston Ballet director Kim Pauley] if I don’t make it back in time. I’m already missing, like, two days of rehearsal.”

Sandra said it is gratifying to see so many people willing to support her daughter’s efforts. Many who have pledged money are doing it, she said, not just because they believe in the good that Manna Meal does, but because they think well of her daughter.

and read his blog at

With a week to go before Christmas, the Capitol Street offices of “Mountain Stage” in Charleston were quiet. The 2019 season for West Virginia…