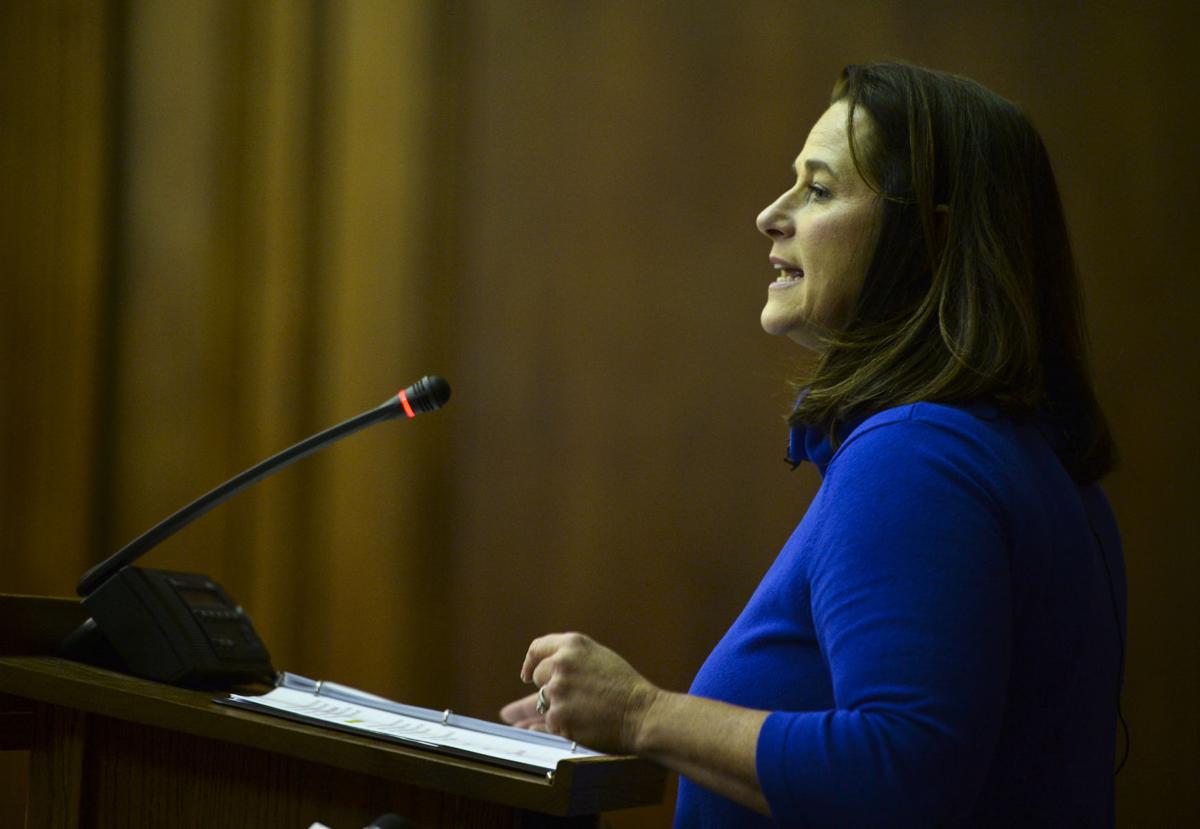 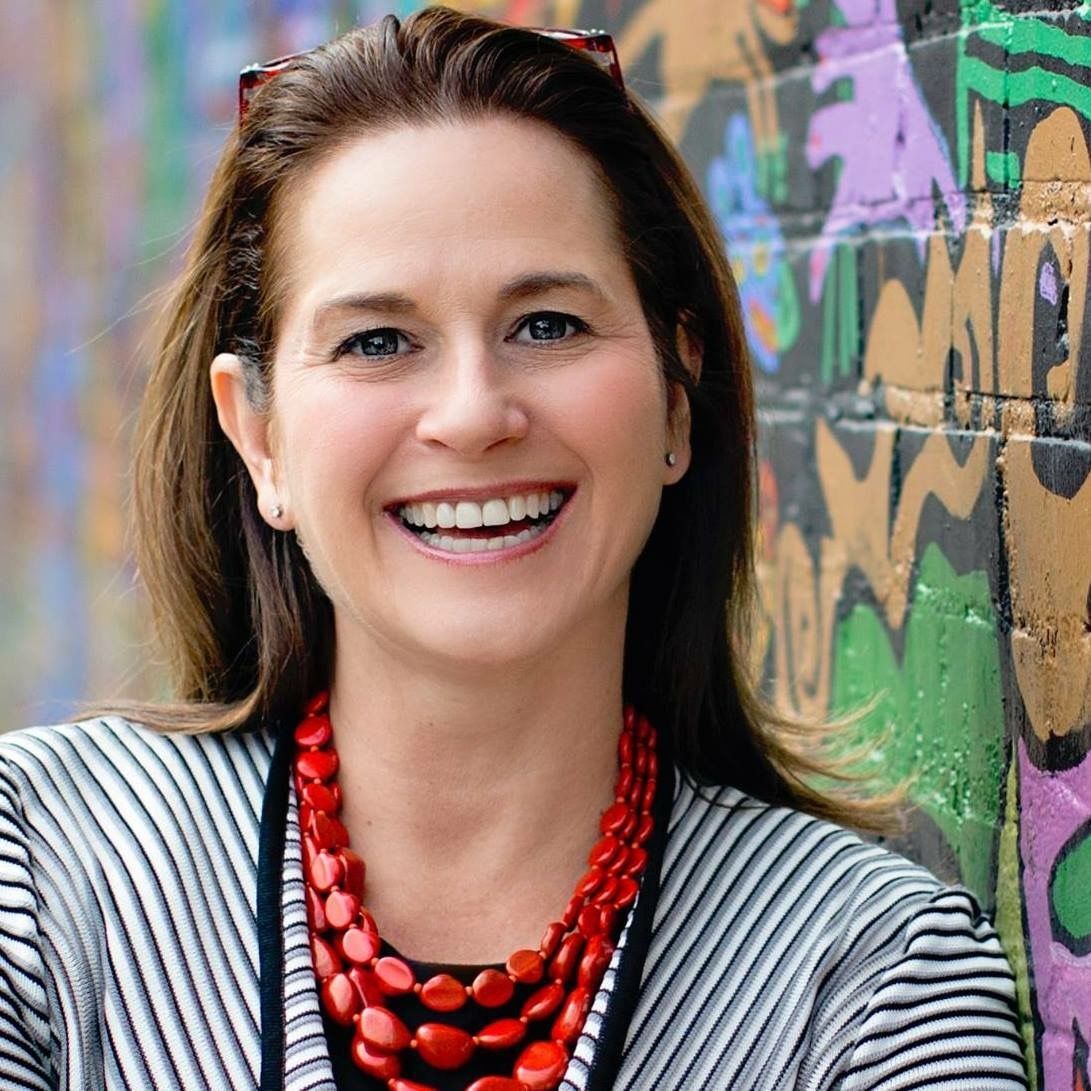 For all that was thrown at Charleston during 2020, Mayor Amy Shuler Goodwin said West Virginia’s capital city has put in the work to position itself for a bright economic future.

City residents sacrificed much in the past year, as the COVID-19 pandemic put a temporary hold on many of Charleston’s treasured traditions, Goodwin said Monday during her second State of the City address since being elected.

“We lost all of our events at the Charleston Coliseum & Convention Center, an entire baseball season, and saw the loss of additional stores within our Town Center [mall],” Goodwin said. “We lost revenues and prosperity that would have resulted from events such as Live on the Levee, sports tournaments, Multifest, FestivALL and so many more.”

Goodwin opened her speech mourning the deaths of two first responders, Charleston Police Patrolman Cassie Johnson and firefighter and medic Jason Cuffee. Johnson, 28, died Dec. 3 after being shot by a resident while responding to a parking complaint. Cuffee, 27, died July 20 of a drug overdose.

Goodwin said that, while many plans to move the city forward were changed by the pandemic, her administration’s priorities remain steadfast.

“Early in the year, it became quickly apparent we would have to shift our focus and become nimble throughout the rest of 2020,” the mayor said. “The health and safety of citizens and visitors of Charleston and Kanawha County has been, is and will always be of utmost importance during this worldwide pandemic.

“However, we still feel hopeful and optimistic because our team has laid the groundwork for a strong economic recovery by taking proactive steps.”

The city switched its health insurance coverage last summer to the Public Employees Insurance Agency, which Goodwin said allowed for a $2,000 pay raise for city employees and lower insurance premiums.

A $500,000 investment grant program for city small businesses launched in the fall. This provided funds to businesses to spend on a variety of projects, including exterior building renovations, structural repair and enhancing a business’ marketing or customer service capabilities. The city has awarded $76,741 to 17 businesses thus far.

The city hired Emily Hanna as director of the Coordinated Addiction Response Effort office last year. The CARE office aims to address substance abuse and mental health issues within the city. The office houses a quick-response team, a homeless-outreach coordinator and a mental health coordinator.

Kevin Johnson, the city’s homeless-outreach coordinator, has reunified more than 70 people with their families, Goodwin said, and connected more than 60 individuals and families to long-term housing.

“Throughout the COVID-19 pandemic, we’ve seen an increase in activity surrounding mental health and substance use,” Goodwin said. “With the additional job loss, housing loss, economic insecurity and illness, our community is providing assistance to individuals who have not previously needed mental health or social services.”

Also in 2020, the city installed a kayak launch along the Elk River, extended mobile parking services at every city-owned meter, paved 13.5 miles of streets and tore down 87 dilapidated structures, Goodwin said.

The administration wants to get several things done in 2021, the most significant likely being an addition of $11 million to the city’s Rainy Day Fund to provide financial stability, in case federal funding decreases, the mayor said.

The city will invest $750,000 in an economic incentive fund to support small businesses; more than $1 million to address dilapidated and unsafe properties; and $1 million from a paving lawsuit settlement into the city’s paving program, Goodwin said.

The city will create Emma’s Place, a dog park in Cato Park that will be dedicated to Johnson’s dog, Emma, who died weeks before Johnson was killed, Goodwin said. A skate park located near Magic Island also will open to the public this year.

Goodwin’s administration also is looking to revitalize the city’s center with “a redesign and construction of a new Slack Plaza” and the creation of a Business Improvement District.

“While 2020 has been a challenging time for our city, state and nation, we came together as a community and still accomplished much. We have partnered with many community leaders to create creative programming and policies to get through this year of uncertainty,” Goodwin said. “Moving into 2021, we still know there are hurdles to overcome, but our top priority will always be the city of Charleston and her people.”