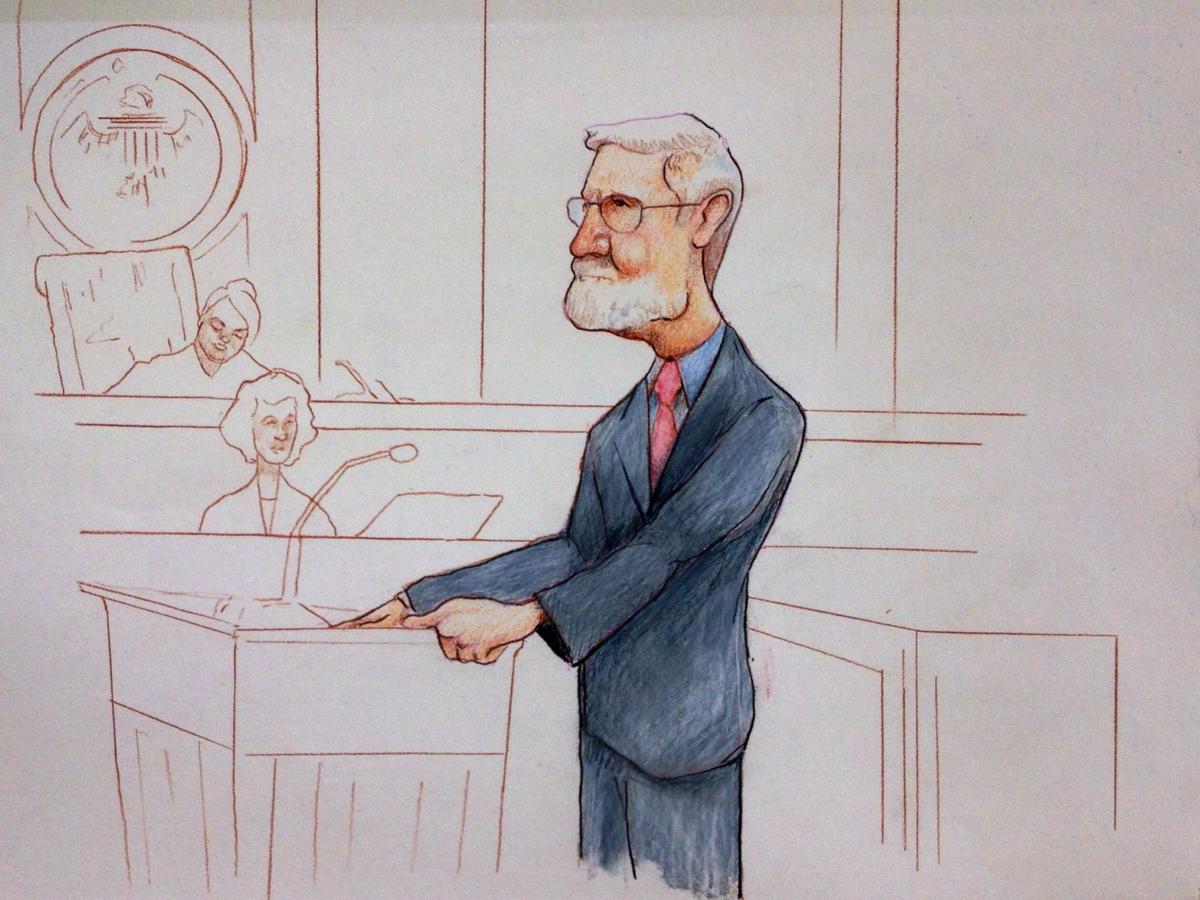 During a 90-minute opening statement, defense attorney William Taylor reminds jurors that Don Blankenship is not charged with causing the 2010 Upper Big Branch Mine disaster and that the former Massey CEO was actually a safety innovator, despite the government’s claims. 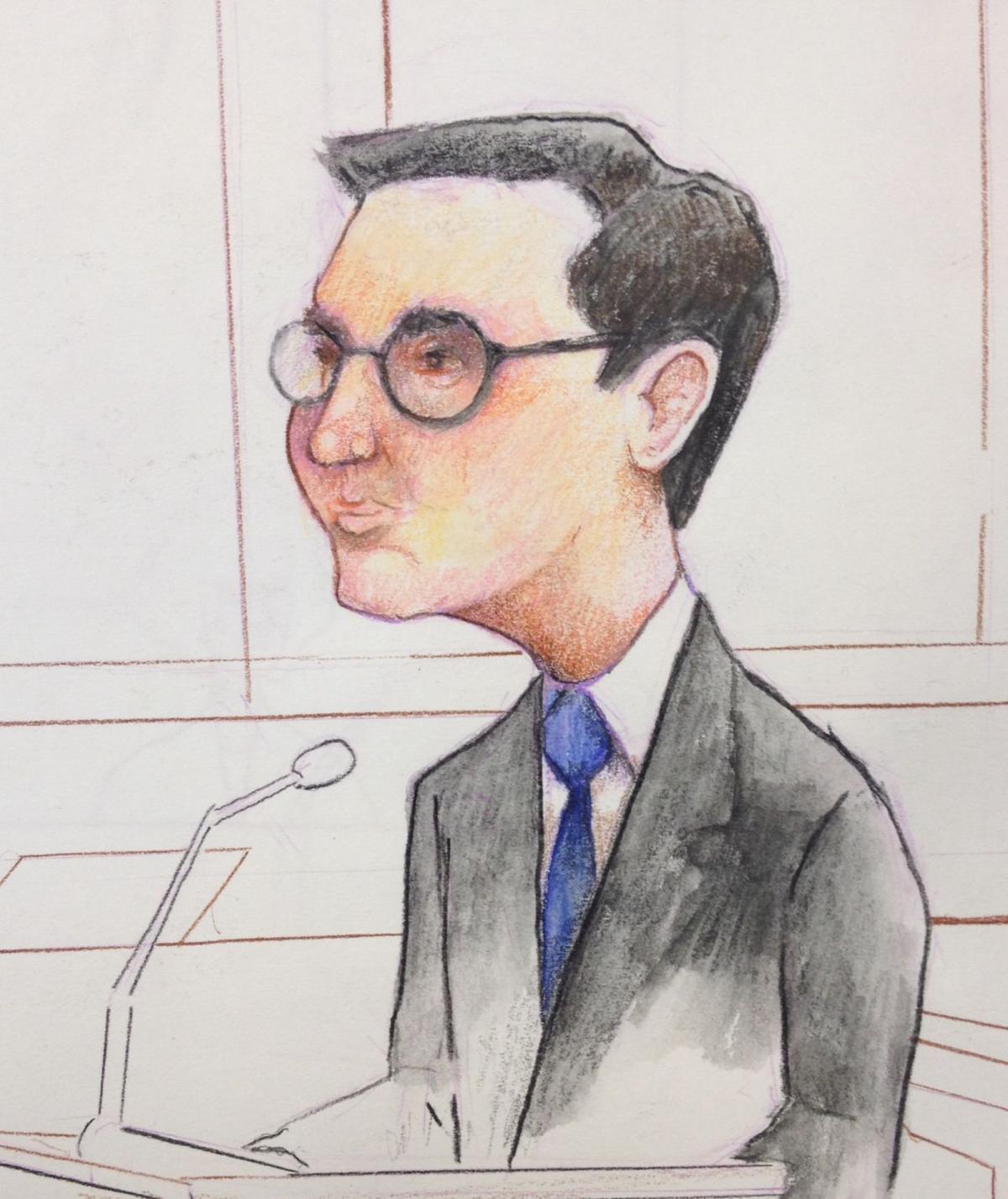 During a 90-minute opening statement, defense attorney William Taylor reminds jurors that Don Blankenship is not charged with causing the 2010 Upper Big Branch Mine disaster and that the former Massey CEO was actually a safety innovator, despite the government’s claims.

Former Massey Energy Co. executive Don Blankenship is either a profit-obsessed coal company CEO who condoned rampant safety violations at his operations or a mine safety innovator who stands wrongly accused by government officials who targeted him because he’s rich and outspoken, according to opposing stories outlined Wednesday in opening arguments by prosecutors and defense lawyers in Blankenship’s much-anticipated criminal trial.

Assistant U.S. Attorney Steve Ruby told jurors that Blankenship personally controlled every move at Massey’s Upper Big Branch Mine, endorsed violations that allowed conditions there to deteriorate, while orchestrating a cover-up of the resulting safety hazards as he pushed for increased coal production, until the mine blew up on April 5, 2010, killing 29 miners in the worst West Virginia mining disaster in four decades.

“He pushed the mine harder and harder for more coal production, more coal tonnage,” Ruby said during a roughly hour-long opening statement in the landmark trial.

Blankenship, 65, faces three felony charges in what experts say is the only time a major company executive has been prosecuted in an investigation rooted in allegations of lax worker safety.

Ruby promised jurors they would hear from former Upper Big Branch miners — and from recordings Blankenship made of his own phone conversations — about the former CEO putting production, profits and personal wealth ahead of worker safety.

He said jurors will hear calls in which Blankenship was focused on the links between Massey’s profits and his own personal wealth, including one in which he complains to a woman he was dating that the corporate board wanted to limit his pay to $12 million a year in 2010.

Ruby said several government witnesses would detail a scheme at Upper Big Branch to use code words to tip off miners when government inspectors had arrived on site, so that safety violations could be covered up. Once inspectors were gone, Ruby said, the violations were allowed to resume.

“There was almost never a time when the safety inspectors were able to see what the conditions were really like in the mine when they weren’t there,” Ruby said.

“The motive for all this was simple,” he said. “Money.”

In his opening statement, lead defense lawyer Bill Taylor reminded jurors that Blankenship was not charged with causing the Upper Big Branch explosion, and emphasized that the case was not about whether Blankenship is a popular or a polarizing figure. Taylor cautioned jurors that they should not find Blankenship guilty just because he is a wealthy coal company CEO who battled with regulators and wrote harsh memos to his mine managers and other employees.

“Ask yourselves — is he on trial here because of what he did or because of who he is?” Taylor said during an opening statement that lasted roughly 90 minutes. “You’ll wonder, I think, what are we doing here?”

Repeating one of Blankenship’s favorite arguments, Taylor told jurors that many of the citations Massey received at the Upper Big Branch Mine occurred because of improper ventilation changes that company officials say the U.S. Mine Safety and Health Administration forced on the mine.

Taylor also told jurors that Blankenship was a safety innovator — pushing employees to wear reflective stripes on their clothing, for example — who put into place a program aimed at forcing Massey employees to improve their safety performance.

Ruby and Taylor delivered their opening statements late Wednesday morning, after more than four days of jury selection that were shrouded in secrecy by U.S. District Judge Irene Berger.

Initially Wednesday morning, while jury selection was finalized, news media and other spectators were again forced to watch via video feed from a separate courtroom, as they had been last Thursday, Friday, Monday and Tuesday — when the audio feed into that courtroom was mostly turned off by the judge, so the proceedings could not be heard.

Berger unsealed the main courtroom only after lawyers on both sides had made their final strikes from the jury pool and the actual trial jurors — 11 women and four men — had been sworn in.

Defense attorneys and prosecutors then scrambled for about 15 minutes to get laptop computers, projectors and exhibit easels in place in the courtroom.

The results of Berger’s pre-trial rulings of what evidence will be allowed in the trial had still not been made public early in the afternoon. The judge announced them Tuesday night during a closed-door court session, and lawyers in the case have declined to comment on them. So far, the court has not released a transcript of that session.

Blankenship faces three felony counts that allege he conspired to violate mine safety standards and thwart government inspectors to cover up the resulting hazards to workers.

He also is charged with making false statements to securities regulators and with securities fraud. Those charges allege that Blankenship issued false public statements touting Massey’s safety practices to try to stop company stock — and his personal fortune — from plummeting after the April 2010 disaster that killed 29 workers at the company’s Upper Big Branch Mine.

Ruby told jurors that Blankenship personally lost $3 million in the two days after the disaster, as Massey’s corporate worth dropped by millions more amid news reports that documented previous safety problems at Upper Big Branch and other company operations.

In the false-statement and securities-fraud charges, prosecutors point to statements issued by Massey and filed with the U.S. Securities and Exchange Commission that said Massey officials “do not condone any violation” of safety regulations and “strike to be in compliance with all regulations at all times.”

Ruby said Blankenship reviewed and approved those statements, despite knowing that he and others were actually conspiring to violate mine safety rules on a regular basis at Upper Big Branch and other mines.

Taylor told jurors that Blankenship didn’t make those statements personally and that, even if he had, it was true that Massey did not condone safety violations.

“The company didn’t want violations,” Taylor said. “It was trying to avoid them. When it discovered them, it fixed them.”

Despite a defense motion to block such references, Ruby, in his opening argument, pointed to a previously confidential memo written in 2009 about concerns raised by Bill Ross, a former Mine Safety and Health Administration official who left his job to become a top mine ventilation expert for Massey.

Taylor said the memo was written only because Blankenship instructed a Massey lawyer and a board member to meet with Ross to discuss his concerns. The meeting was among the things that led to renewed efforts to reduce citations at Upper Big Branch and other mines, Taylor said.

However, Ruby told jurors that they will hear a recording Blankenship made of a meeting the former CEO had with Ross after the memo. Ross told Blankenship that many of Massey’s common violations, such as cleaning up accumulations of explosive coal dust in underground mines, could be cured if Massey hired just one more worker per mine to focus on such issues, Ruby said. Blankenship said hiring that one additional worker per mine would be too expensive, Ruby said.

Ruby told jurors that Ross told Blankenship, “The one thing you can’t afford is to have a disaster.”

“The defendant never came up with the money for that one more coal miner,” Ruby said.

Additional information on the trial can be found at www.wvgazettemail.com/blankenship