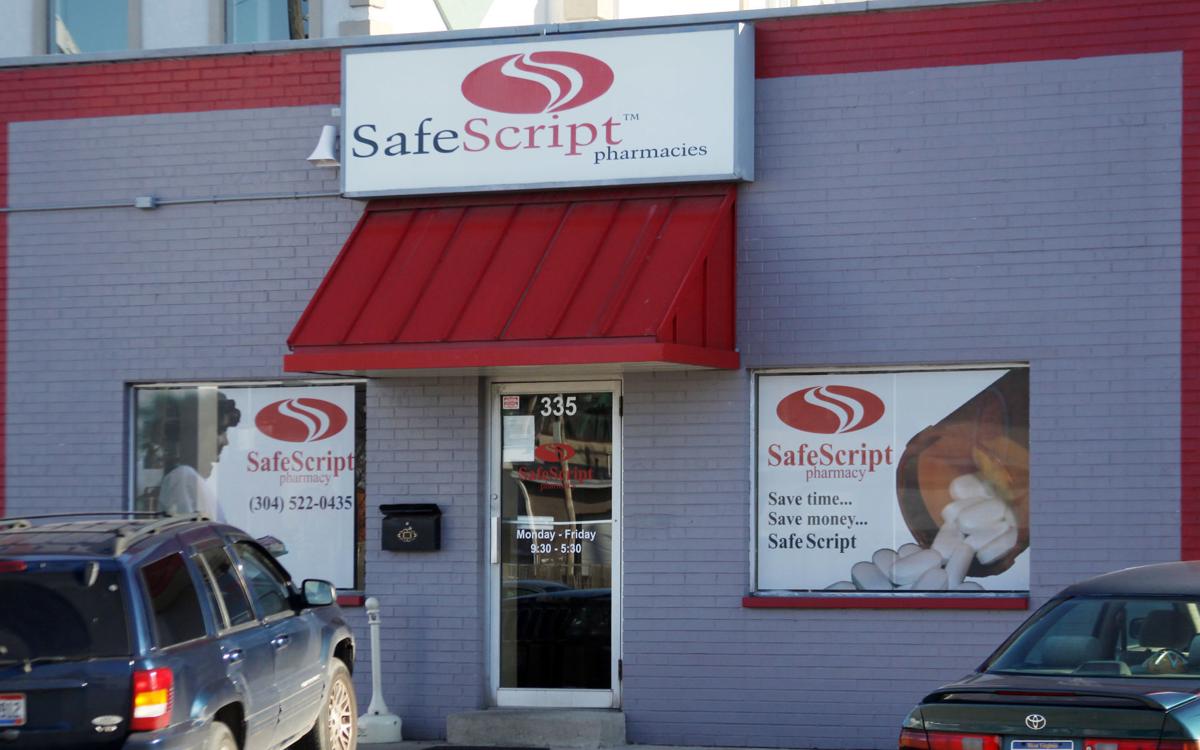 Michael Perry, a retired AmerisourceBergen sales executive from Huntington, oversaw his firm’s account for that city’s Safescript pharmacy from 2004-12. Perry testified at the opioids trial in Charleston on Wednesday. 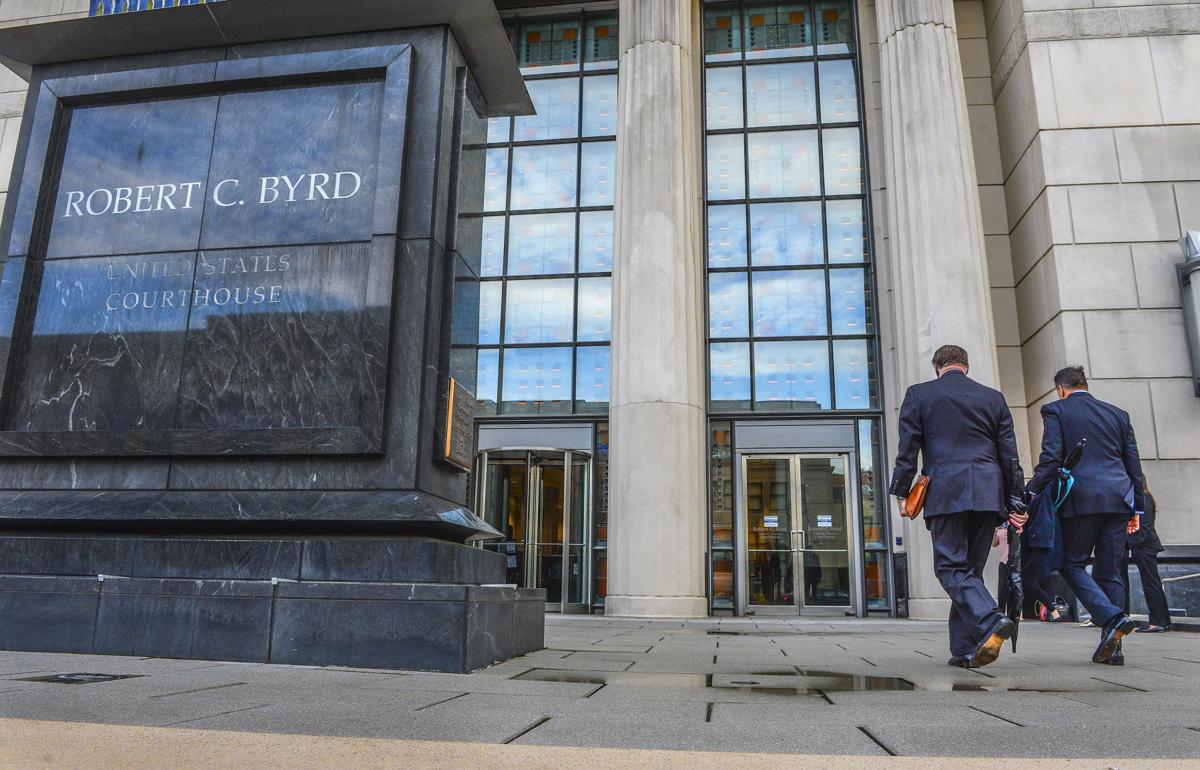 Michael Perry, a retired AmerisourceBergen sales executive from Huntington, oversaw his firm’s account for that city’s Safescript pharmacy from 2004-12. Perry testified at the opioids trial in Charleston on Wednesday.

Lawyers for the city of Huntington and Cabell County picked apart testimony from two AmerisourceBergen Drug Corp. employees Wednesday as they attempted to learn how a small pharmacy ordered 3.8 million doses of opioids over eight years before being cut off.

AmerisourceBergen said it has had a system of protocols and rules in place since 2007, one the U.S. Drug Enforcement Administration had asked it to present to other distributors for inspiration. However, Cabell County attorney Eric Kennedy questioned if the company was sincere in its protocols or if it was a ruse to keep regulators off AmerisourceBergen’s back so it could increase profits.

The municipalities accuse the “Big Three” drug wholesalers — AmerisourceBergen, Cardinal Health and McKesson — of helping to fuel the opioid crisis by sending 127.9 million opiate doses into Cabell County from 2006-14 before a reduction in the pills shipped made users turn to illicit drugs. However, the defendants point to the DEA, doctors and West Virginians’ poor health as the culprits.

Wednesday’s testimony centered around Michael Perry, of Huntington, a retired AmerisourceBergen sales executive who oversaw Safescript’s AmerisourceBergen account from 2004-12 as AmerisourceBergen sold it 3.8 million doses of hydrocodone and oxycodone. Controlled substances were 86% of its total purchases, which could indicate illegal diversion into the illicit market, Perry said.

Kennedy pointed to an investigation report into the pharmacy from 2007 in which Perry had explained to a boss that Safescript did a lot of oxycodone and methadone sales because several pain clinics were in the area. He said they had shifted toward another distributor because AmerisourceBergen had held back orders. The pharmacy eventually returned to AmerisourceBergen after thresholds were increased.

Two of its top prescribing doctors were Deleno Webb and Philip Fisher, whose medical offices were shuttered over problematic practices. Webb was a psychiatrist, but prescribed high volumes of opioids.

Perry pointed to a 46-question questionnaire each AmerisourceBergen customer was required to fill out after 2007. It asked about how many pills they planned to purchase and why. It also requested information about their prescribers and other distributors from which they purchased.

Perry would help buyers fill out the forms, Kennedy said, which shows salespeople were in charge of investigating the customers and helping them correctly answer questions to keep from being flagged.

An unexplained presentation slide showed that sales executives at the company were responsible for investigating their customers, even after headquarters determined their customer was suspected of diverting pills into the illicit market.

The defense said Kennedy was misconstruing what was meant.

But Kennedy pointed to a September 2009 email in which Perry was asked to go to the store and interview them about why their controlled substance purchases were such a high percentage of their total sales and fill out an amended questionnaire, if needed.

“Thank you for your HELP in keeping us compliant,” a manager in the regulatory compliance department wrote in making the request.

Perry’s testimony followed the third day of testimony from Steve Mays, AmerisourceBergen’s vice president of regulatory affairs, whose testimony Wednesday focused on expanding on the company’s relationship with the DEA and giving a better understanding of the company’s distribution centers.

AmerisourceBergen and the DEA held meetings on a settlement for the center to be reopened. In the meantime, orders were filled from other facilities. During those meetings, the DEA looked at AmerisourceBergen’s customer files, one of which was about 6 inches thick.

“They said it looks like you’ve done all you can do,” Mays said.

The meetings led to the implementation of a new system in summer 2007 to smoke out suspicious orders. After that, if center managers weren’t comfortable with shipping orders, they could send them to headquarters for review. Headquarters would look into the customer’s file, and most of the time, it was released. If it was found suspicious, it was reported to the DEA and not shipped.

Retail chain pharmacies were exempt from the program, he said.

Mays said AmerisourceBergen employees were invited to a conference to teach their program to other distribution companies after the DEA approved the system.

Cabell County attorney Paul Farrell Jr. pointed to an email in which AmerisourceBergen employees complained that they were losing money with their new program because they weren’t on the same playing field as their competition.

He questioned why there was no documentation of supervisor reports made. There were 743 total orders over that threshold, amounting to 2.9 million dosage units of hydrocodone and oxycodone, made by Safescript alone.

Perry said he visited Safescript at least every other week and never saw a red flag that would alert him that something was wrong.

When the owner, who was a contractor, was arrested in 2012 after he was caught in a truck with a woman, several bottles of prescription drugs, blank pharmacy labels and suspected drug ledgers, Perry said he alerted headquarters immediately.

Turning the testimony to more recent events, Kennedy showed a December 2013 email that said salespeople were asked to have a “frank conversation” with clients whose monthly purchases amounted to less than $50,000 a month if they were purchasing high rates of opioids.

Problematic Cabell County pharmacies were over that threshold, however. Safescript, for example, had an annual purchase average of $2.3 million of overall products.

In 2017, more than 90% of the customers being sold controlled substances had no questionnaires, or had outdated ones, and the sales associates were tasked with helping update those files, according to an email sent to associates. The email said their priority should be the financial implications that attempting to get the form would have.

Kennedy asked if AmerisourceBergen had the same commitment to diversion control as it did to not selling products. Perry said it did. Farrell asked Perry if he had seen a change in the community over his time as a Huntingtonian.

“We have an opioid epidemic in our county, don’t we?” Farrell asked.

“I am well aware of that,” Perry responded.