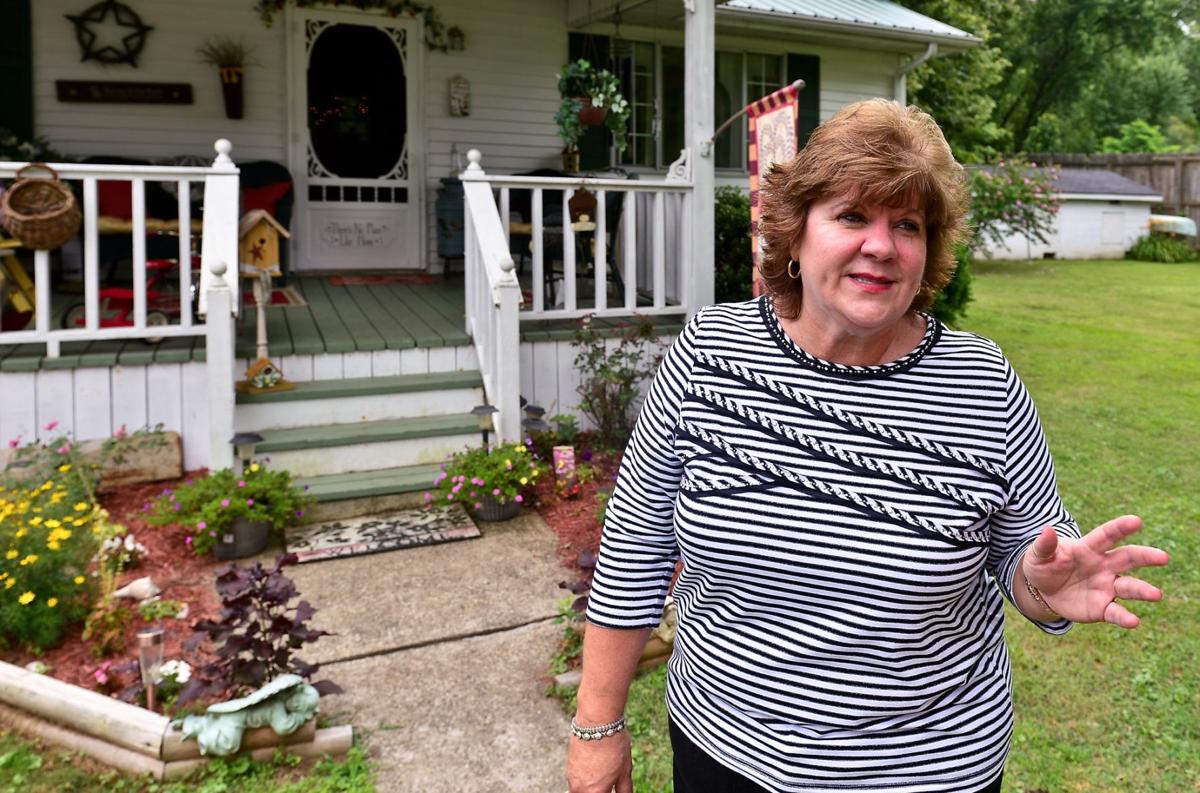 Wanda Carney stands in front of her Mink Shoals house. Carney, who was accused of interfering in an investigation into a 2005 Mingo County murder has had her case wind twice through the state Supreme Court before heading to the Court of Claims 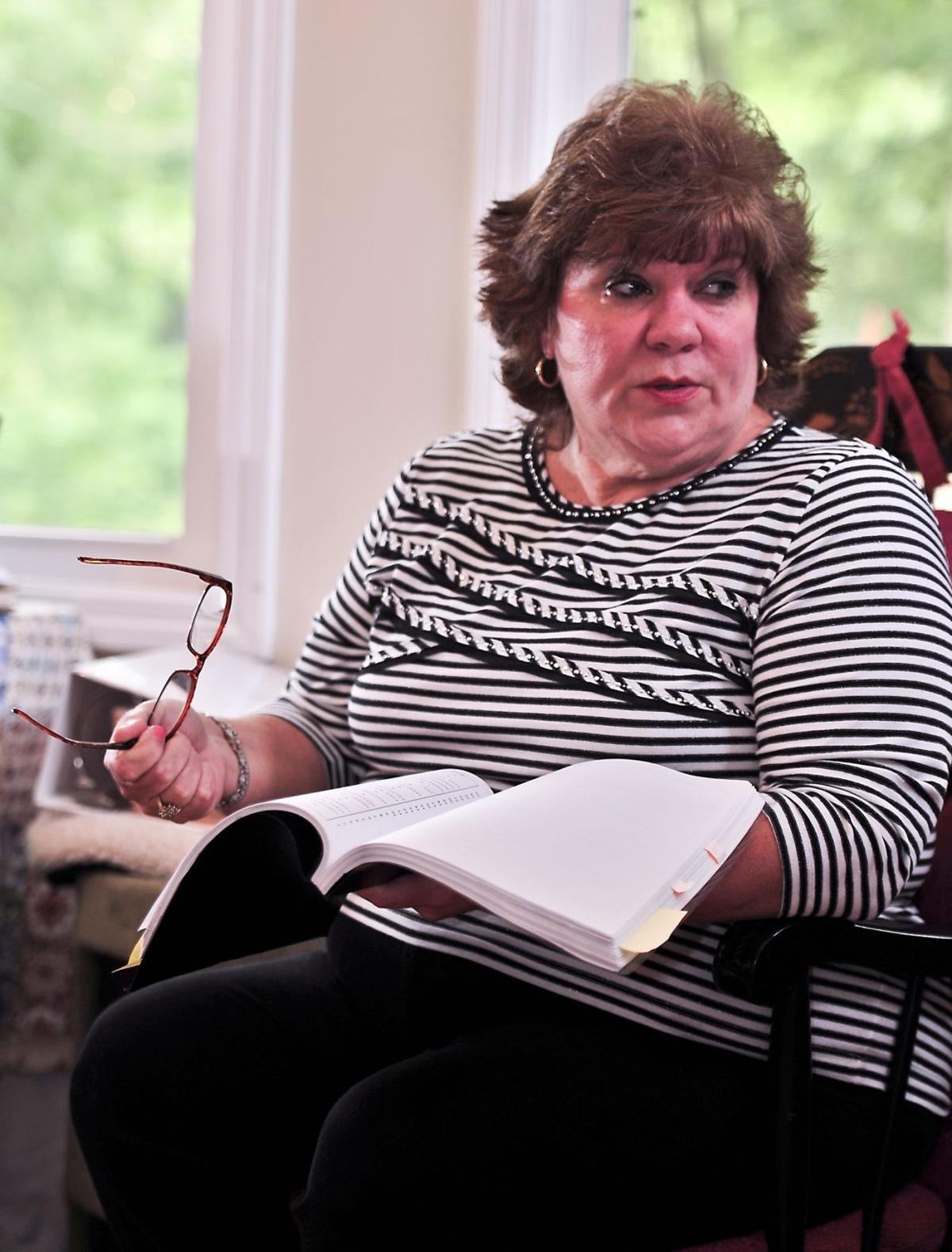 Wanda Carney recalled her two-day trial in Mingo County Circuit Court when she was found guilty of obstructing a police officer and conspiracy to obstruct a police officer. The Court of Claims recommended she and another woman receive a $100,000 award in a lawsuit stemming from those charges.

Wanda Carney stands in front of her Mink Shoals house. Carney, who was accused of interfering in an investigation into a 2005 Mingo County murder has had her case wind twice through the state Supreme Court before heading to the Court of Claims

Wanda Carney recalled her two-day trial in Mingo County Circuit Court when she was found guilty of obstructing a police officer and conspiracy to obstruct a police officer. The Court of Claims recommended she and another woman receive a $100,000 award in a lawsuit stemming from those charges.

CHARLESTON, W.Va. — It’s been a long court battle for Wanda Carney and Betty Jarvis, even after the state Supreme Court overturned their convictions stemming from allegations that their investigation into a 2005 Mingo County murder case interfered with a police investigation.

They’ve been to the state Supreme Court twice, once where justices overturned their criminal convictions and the second time when justices dismissed their civil lawsuits claiming retaliatory prosecution. The case wound its way to the Court of Claims, which recently recommended the women receive a more than $100,000 award.

“I’m tickled with the Court of Claims decision,” Carney said. “It gives finances back that I’ve spent. I’ve spent a lot of money defending myself.”

The case began in June 2005, when the body of Carla Collins was found dead in a makeshift grave near an abandoned Mingo County trailer.

Collins was a witness for the State Police in a drug investigation in Matewan.

At that time, Carney was working for attorney Mike Clifford as an investigator and was contacted to look into the murder. Jarvis offered to help Carney because her nephew, Walter Harmon, was charged with murder. Clifford was representing Harmon.

According to the 2008 state Supreme Court decision reversing the convictions, after interviewing 50 to 79 people, Jarvis and Carney found out Harmon was not there when Collins was killed.

According to court documents, Carney said she found out through interviews that police were involved in the drug trafficking under investigation and also alleged one of the troopers had a sexual relationship with Collins.

The state’s initial charges were dismissed to make way for a federal investigation, according to the opinion by the Court of Claims. This resulted in charges against George “Porgie” Lecco, Valerie Friend, Harmon, Patricia Burton, Charleston Burton and Jake Hatfield. The opinion said the investigation found Friend killed Collins at Lecco’s direction.

Although Harmon’s murder charges were dismissed, he did enter a guilty plea to burning the abandoned trailer where Collins was killed and dug the grave, according to the state Supreme Court opinion.

Prosecutors alleged Jarvis and Carney interfered with the investigation, intimidated a witness, moved a witness out of Mingo County and illegally entered and took items from a house Friend lived in before the murder.

The witness later met with police when she got back to Mingo County. Justices said this didn’t constitute obstruction and said there wasn’t a court order requiring her to stay in the county.

Another witness said Jarvis told her one of the state troopers was trying to cover up some of the facts related to the murder because he had a sexual relationship with her, the opinion said. The witness also said Carney told her she might be killed by police.

Justices decided they didn’t obstruct the investigation and said neither Jarvis nor Carney asked the witness not to speak with police.

As for the unlawful entry, justices said the owner of the house let in Jarvis, who took various items that Clifford later turned over to the U.S. Attorney’s office. These items were found to not be related to Collins’ murder.

“It was packed with police officers in Mingo County. One juror was crying in a box when I was found guilty. It was 10:30 at night when they came back,” Carney said.

The jury returned a guilty verdict against them and the court placed them on probation for three years.

But state Supreme Court justices said obstructing an officer must involve forcible or illegal conduct. Carney said she had to retire from her position with West Virginia Wants to Know, a nonprofit organization with the purpose of stopping political corruption in the state. Jarvis said she had trouble finding substitute teaching positions.

“Some people will always think I did something wrong in Mingo County, even though eight judges have cleared me,” she said. “They accomplished what they wanted. They wanted me to go away and I did.”

They later filed two lawsuits in Kanawha County Circuit Court alleging retaliatory prosecution and negligence against the State Police and three officers, D.M. Nelson, A.S. Perdue and C.E. Akers. Justices sent the case back, saying it should be dismissed.

Justices said to allege retaliatory prosecution, they had to enter a plea and prove as a cause of action there was an absence of probable cause to support the criminal prosecution.

Carney’s attorney, Lonnie Simmons, said the only option left was taking the case to the Court of Claims. In a decision earlier this month, the court awarded Carney $48,000 and Jarvis $57,000.

“If Wanda or Betty received one penny from the state of West Virginia in their civil case, the Court of Claims wouldn’t have any jurisdiction,” Simmons explained. “Since their claim was dismissed by the Supreme Court, they didn’t receive anything.”

Simmons said the case was filed under the rarely cited Unjust Arrest and Wrongful Convictions statute. Under this, they sought the award of damages for wrongful convictions and for a loss of liberty associated with serving 120 days of home confinement.

The Court of Claims recommends the award for the Legislature’s approval. The Legislature can reject, approve or increase the amount of the recommendation.

If the Legislature approves it in next year’s session, then Jarvis and Carney could get a check at the beginning of the following fiscal year.