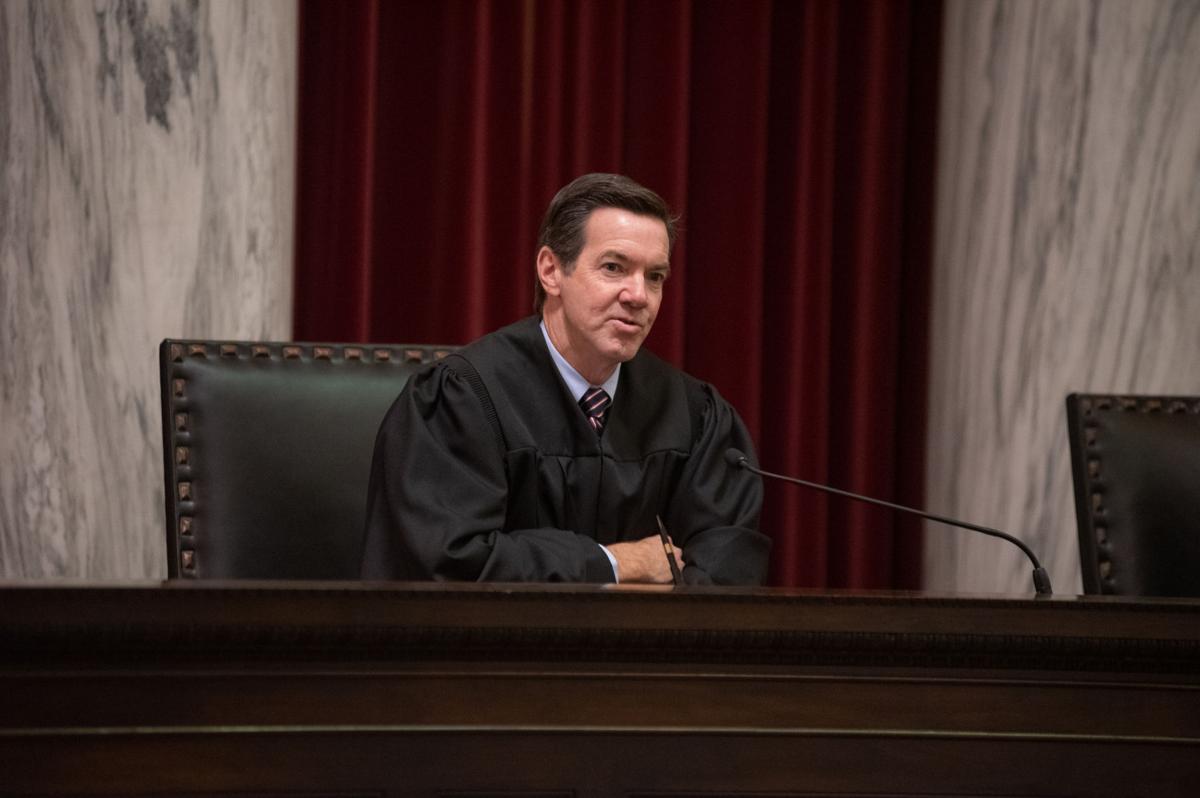 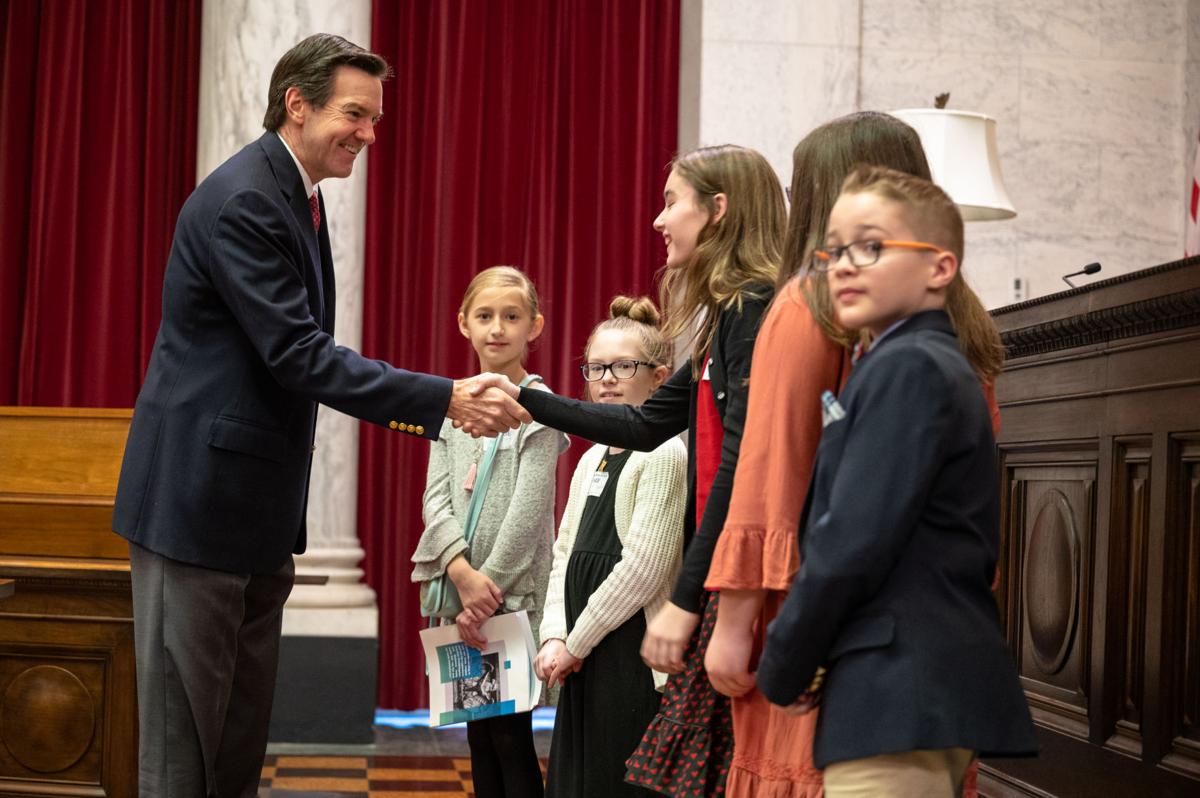 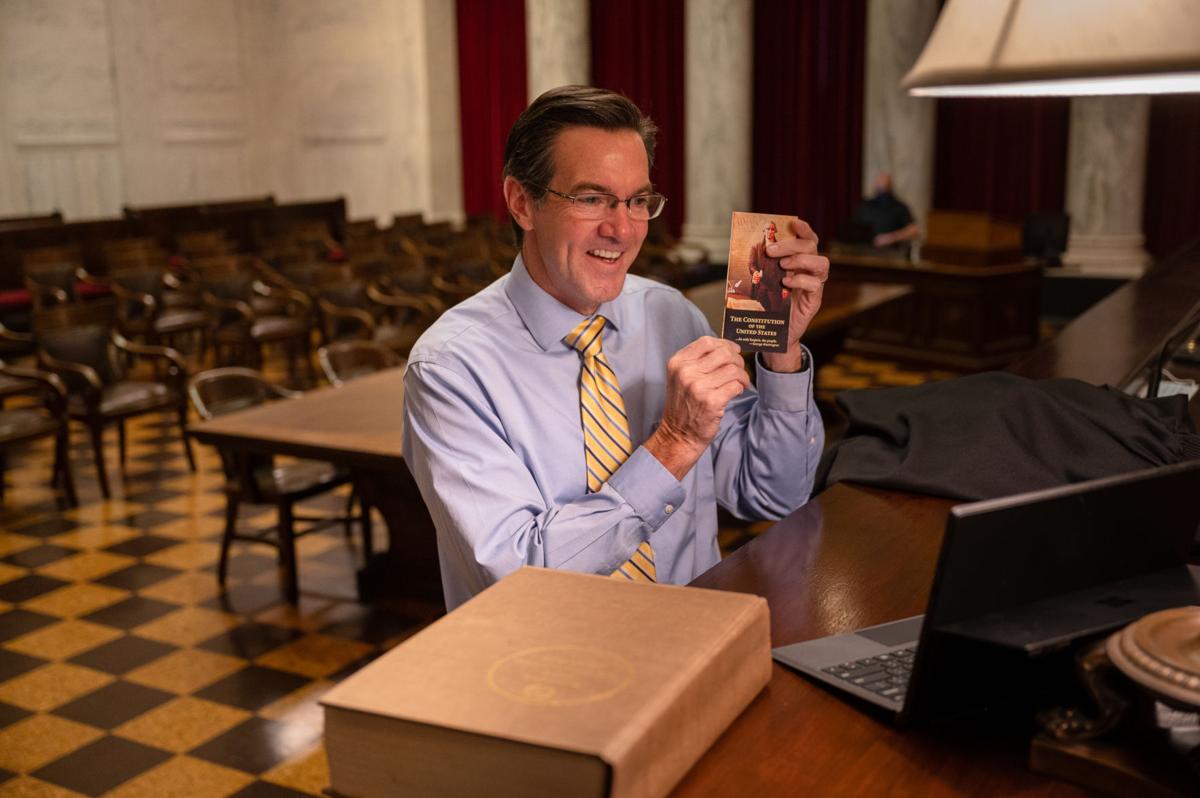 As of Friday, Evan Jenkins is the chief justice of the West Virginia Supreme Court, and he’s inherited a court navigating the state’s judicial system through a worldwide pandemic as it still treads in the wake of mass impeachment from two years ago.

Rebuilding the public trust that was lost during the 2018 impeachment of the West Virginia Supreme Court is the first thing Jenkins addresses as part of his three key goals for his yearlong term as chief justice.

The other goals are transitioning the court to a post-COVID-19 environment while holding onto some of the lessons learned and to continue to focus on the court’s effect on families and children, with particular emphasis on how the court tends to people suffering from substance abuse disorder.

“To be selected by the other justices to lead the court for the next year is quite an honor, and very humbling,” Jenkins said.

The Supreme Court justices and officials in Charleston are responsible for setting policies and procedures that affect all of the almost 1,500 court employees throughout the state’s 55 counties.

As of late, most of the court’s policies have been focused on helping maintain emergency and other functional services of the court during the pandemic.

Chief circuit judges have local control over the courthouses in which they serve, and courthouses have closed as needed during the pandemic.

At the state level, the Supreme Court purchased mobile phones for magistrates and equipped them with the minimum services and relevant apps they would need to conduct hearings via video conference and issue warrants or domestic violence petitions with limited in-person contact.

“Right now, the only place they can go is to magistrate court, and the abusers know that,” Jenkins said. “For the victim’s safety, having an alternative location could save a life.”

In the Supreme Court’s own chambers and offices, Jenkins plans to continue the efforts of the court to reform itself, calling it “priority one” for the justices.

Part of that reformation includes restoring a measure of congeniality among the justices. That was something that was missing in 2017 and led to in-fighting among justices and court staff, and an administration-heavy court, witnesses testified during impeachment and other legal proceedings in 2018.

“Two years ago, the old court made some terrible mistakes that gave the court a real black eye, and understandably so,” Jenkins said in December. “Over the past two years, the new court, so-to-speak, has been committed to ensuring the problems of the past never happen again.”

It was the resignation of impeached former justice Robin Davis that allowed Gov. Jim Justice to appoint Jenkins to the bench. West Virginians elected Jenkins to complete Davis’ term, which will end in 2024.

Jenkins represented West Virginia as a Republican in the U.S. House of Representatives from 2014 until his appointment to the bench in August 2018. Before his time in Congress, Jenkins served as a Democrat representing parts of Cabell and Wayne counties in the West Virginia House of Delegates from 1994 to 2000 and in the state Senate from 2002 to 2014.

In November 2018, West Virginia voters approved an amendment to the state constitution to give the Legislature more authority over the Supreme Court’s budget.

“We put policies in place to make sure the problems of the past never happen again,” Jenkins said.

As part of the court’s public outreach before the pandemic, the five justices toured West Virginia, visiting schools to talk about how the state’s judicial system works.

Since the pandemic, the justices have engaged in virtual tours with students, carrying their laptops around the East Wing of the Capitol and talking about the work they do there.

Jenkins has been part of producing a video series called “And Justice For All” to provide more information about the court. Also, Justice Beth Walker co-hosts the podcast “Lady Justice: Women of the Court” with other women who serve as Supreme Court justices throughout the United States.

“Judges and the justices need to get off the bench and engage with the public in an appropriate way to build the public’s trust and confidence that the judicial system is working in a fair and impartial way,” Jenkins said. “This year is going to be about restoring the public’s trust, fixing the problems of the past, but making sure that, moving forward, the public knows that the judicial branch is fair and impartial, and everybody is treated fairly.”

When it comes to families and children, Jenkins said he is eager to continue investing in West Virginia’s Family Treatment Courts.

The Legislature provided support to launch a pilot program with five Family Treatment Courts in 2019. Those courts are available for people who may have substance abuse disorder and are involved in a child abuse or neglect proceeding, during which they will receive court-supervised drug treatment and other counseling.

In November, 6,920 children were in West Virginia’s foster care system, according to the West Virginia Department of Health and Human Resources.

“Our new Family Treatment Court is a significant investment in helping to try to keep families unified where it can be in the best interest of the child for a safe environment,” Jenkins said. “Our goal, my goal, is to get children in a safe, nurturing environment at the earliest possible time.”

In spring 1982, Joanna Tabit was readying for her senior year in college and weighing law school when she learned then-Gov. Jay Rockefeller ha…