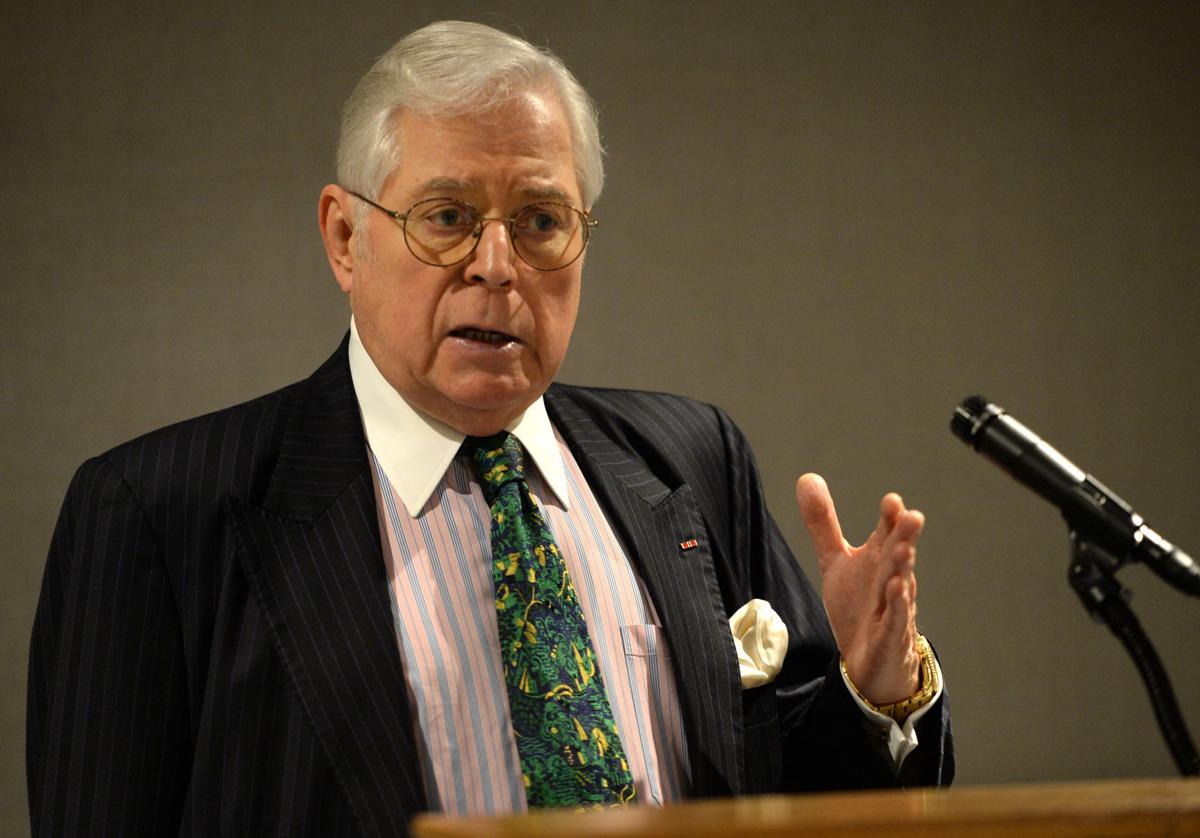 Former West Virginia Supreme Court justice Richard Neely announces his bid to return to the court on Oct. 9, 2019. Neely, who served on the court for 23 years, died Sunday. He was 79. 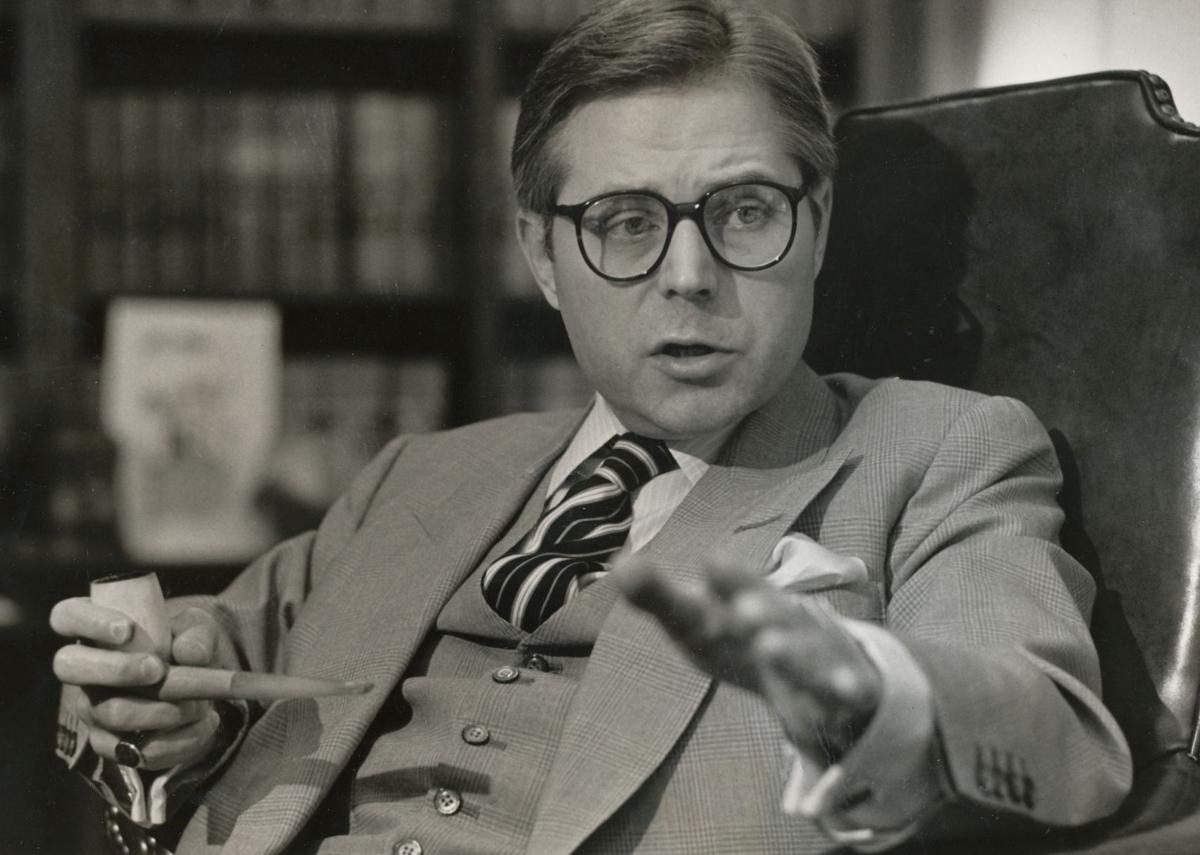 Former West Virginia Supreme Court justice Richard Neely died Sunday at his Charleston home with his wife and children at his side. He was 79. 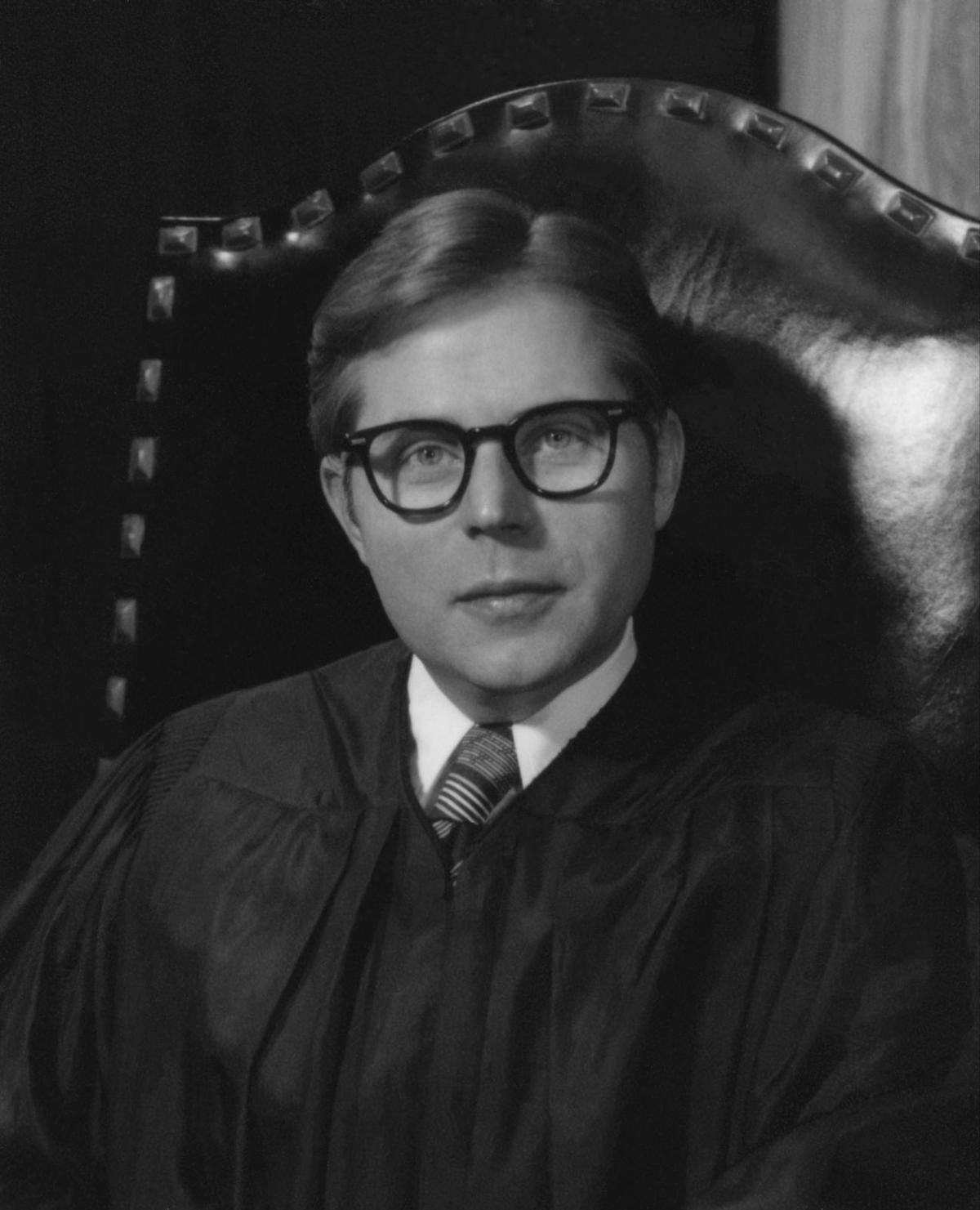 Former West Virginia Supreme Court justice Richard Neely announces his bid to return to the court on Oct. 9, 2019. Neely, who served on the court for 23 years, died Sunday. He was 79.

Former West Virginia Supreme Court justice Richard Neely died Sunday at his Charleston home with his wife and children at his side. He was 79.

Neely, who served on the court for 23 years, died Sunday at his home in Charleston with his wife, sons and closest friends by his side, according to a news release from the Supreme Court.

Neely is survived by his wife, Carolyn, and two sons, Chase and John. He was 79.

Justice Margaret Workman, who served with Neely on the high court for six years, said he was truly one of a kind.

“He had a colorful personality, a razor-sharp wit, a brilliant mind and a rambunctious sense of humor,” Workman said. “He was a lot of fun to work with; and we could disagree on issues without being personally disagreeable. In the 23 years he served on the court, he left an immense body of work.”

Neely recently had been diagnosed with liver cancer, Jennifer Bundy, public information officer for the court, said in the news release.

At the time of his death, Neely was a partner at the firm Neely & Callaghan, in Charleston, where he had been since his retirement from the court in 1995.

Neely earned his undergraduate degree in economics from Dartmouth College in 1964, and earned his law degree from the Yale School of Law.

Neely served as a captain in the U.S. Army from 1967 to 1969, where he served on the personal staff of John Paul Vann in Vietnam and was the author of the economic-development portion of the 1969 pacification plan. He was awarded a Bronze Star.

Neely returned to Marion County after his service ended, and he practiced law in Fairmont until 1973. He represented Marion County in the West Virginia House of Delegates for a single term, from 1971 to 1973. He was first elected to the Supreme Court in 1972 and took office in 1973. West Virginians reelected Neely to the court in 1984.

Neely was chairman of the board of Kane and Keyser Hardware Corp., in Belington, from 1970 to 1988 and the manager of Forest Festival Terrace LLC, a real estate holding company. He served as a member of the Advisory Board for the Bureau of National Affairs Class Action Litigation report from 2000 until his death.

When he retired, Neely said he was leaving because he’d been part of the court for so long.

“When the stories are almost as old as the clerks,” he said, “it’s time to quit.”

Neely went back into private practice as a partner at Neely & Callaghan.

In 2019, he announced his candidacy to return to the state’s highest court. He ultimately fell short of returning to the bench, finishing second to Chief Justice Tim Armstead.

On Monday, Armstead said he first got to know Neely when he was Armstead’s economics professor at the University of Charleston

“Justice Neely dedicated his life to our state’s judicial system as a justice, practicing attorney and author,” Armstead said. “He leaves a lasting legacy, and his work will live on for many years to come. I send my sincere condolences to his family.”

Justice Evan Jenkins said Neely’s life was “unique in so many respects and his judicial service to the people of West Virginia extensive.”

“He was dedicated to the advancement of the law and the legal profession in our state,” Hutchison said.

Neely’s tenure on the Supreme Court was often noted for some of the things he said and did away from the bench.

In a 1981 speech to a local business group, Neely compared the court to the Ku Klux Klan. In 1985, he fired his government-paid court secretary when she refused to continue to babysit the justice’s 4-year-old son. Neely resigned as chief justice, a rotating position, and gave the secretary back her job. A special judicial panel gave him the least severe punishment, an admonishment, for the incident, according to a Gazette-Mail report.

In 1986, Neely settled a lawsuit against TWA for $12,500 after his baggage arrived 70 minutes late at John F. Kennedy International Airport in New York. He sought $3,000 of that as a speaker’s fee because he informed fellow passengers about the delay. In 1993, he told a conference of teenage boys to “tape a rubber to your American Express card and don’t leave home without it.”

When he sought to return to the court during the 2020 campaign cycle, Neely said he had come to change his thoughts on a few of the points that had landed him in hot water in the 1980s and ’90s.

No funeral arrangements had been announced for Neely as of Monday morning.

Gov. Jim Justice spoke about Neely’s death during his COVID-19 news briefing Monday, saying flags throughout West Virginia would be lowered to half staff to honor Neely’s service to the state.

“We acknowledge the great service and all his incredible wisdom he gave the state of West Virginia,” Justice said.

Neely was a friend to Kanawha Circuit Judge Tod Kaufman for more than 50 years, and Kaufman recalled the role Neely played in his life.

“He taught me a great deal about life, law and politics — from college applications to being a judge,” Kaufman said. “Barrie and I are saddened by his passing away and send our love to Carolyn and their sons.”

Sen. Shelley Moore Capito, R-W.Va., said Neely was a “wonderful man, great legal mind, and a good and loyal friend to our family.”

“Our thoughts go to Carolyn and the entire Neely family,” Capito said. “I know Charlie and I will miss seeing Richard and Carolyn on their daily walks around Charleston. What a loss.”

Sen. Joe Manchin, D-W.Va., said Neely likewise had been a close family friend “since his days as a young lawyer in Fairmont after returning from serving in Vietnam.”

“This is a sad day for all West Virginians, and our thoughts and prayers are with Richard’s family and loved ones who are mourning this loss,” Manchin said.

“Justice Neely was an influential legal mind, who received national acclaim and notoriety for his legal abilities and his time as a justice of the Supreme Court of Appeals of West Virginia,” Biafore said. “He was a forceful presence on the laws of this state, and his legacy and impact on our state will continue after his passing. He will be missed. Our thoughts go out to his loved ones.”