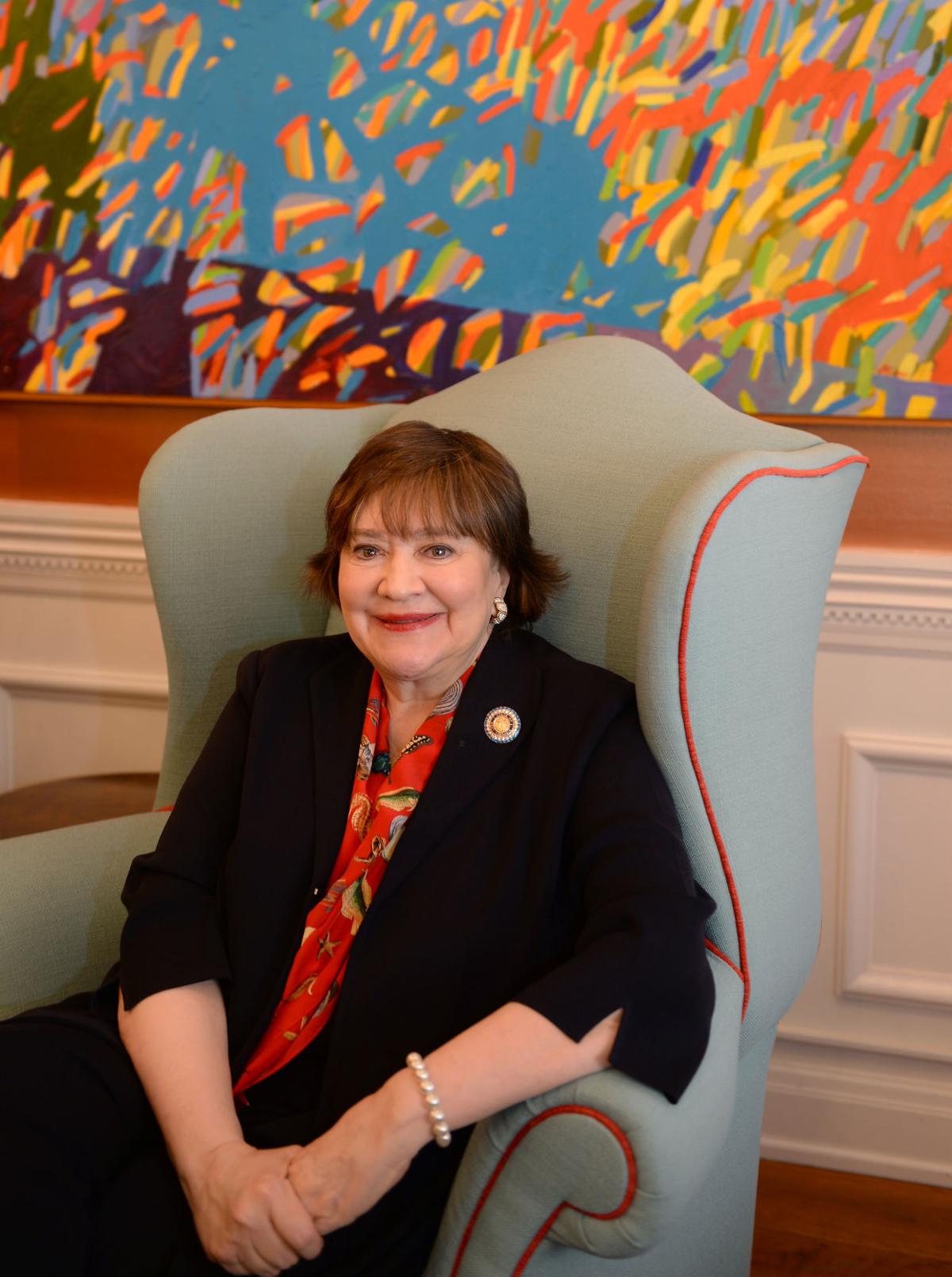 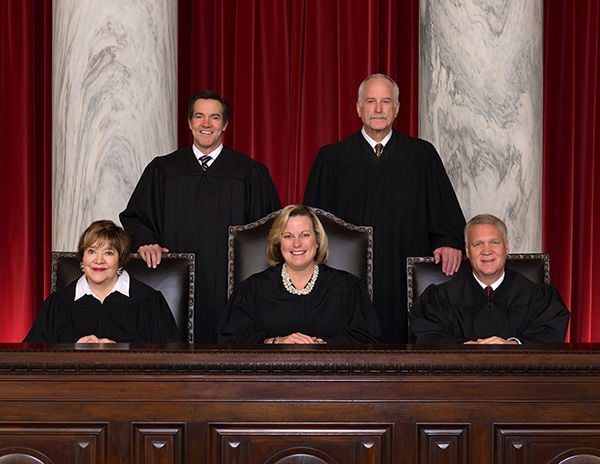 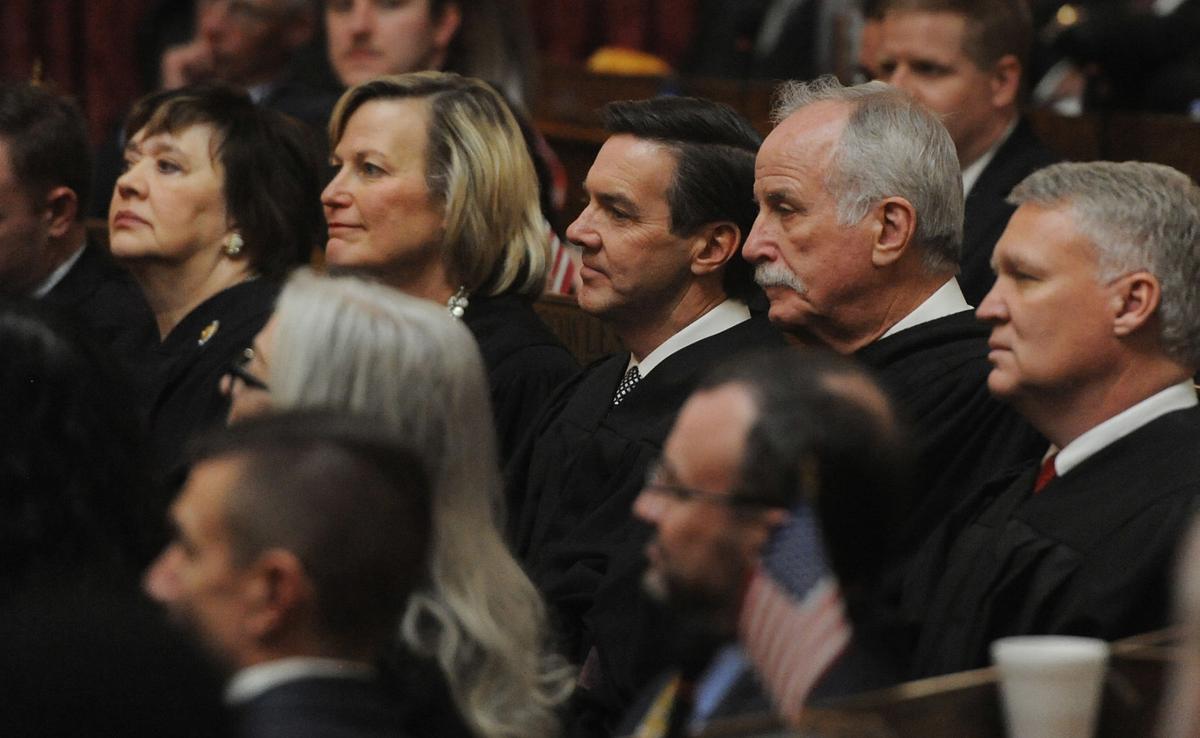 In spring 1982, Joanna Tabit was readying for her senior year in college and weighing law school when she learned then-Gov. Jay Rockefeller had appointed Margaret Workman as a circuit court judge.

“So I sent her my resume, and in the letter, I told her who I was, what I was thinking. I didn’t need to be paid ... but would be honored if she would let me volunteer in her office and just be exposed to what goes on in the courtroom,” Tabit said.

Workman wasn’t so sure. “Somebody who hasn’t even had one year of law school. I don’t know that I’d get much work out of her, you know, research-wise,” Workman said.

“And I can unequivocally tell you that but for her, but for that experience that summer, I would not have gone to law school. She set me on that path,” said Tabit, now a judge in the 13th Judicial Circuit of West Virginia. “She was only the second female circuit judge in the state of West Virginia ... and I was just so impressed. It was just the way she handled the courtroom, the way she handled people. And here I saw this young woman in her 30s and she was brilliant and the kind of person I wanted to grow up to be.”

Workman rose to a seat on the West Virginia Supreme Court of Appeals. She was chief justice five times. Now 73, she’s retiring with a legacy of shattered ceilings.

“I thought to myself, ‘Hey, I have to do a good job because I’m one of only a handful of women,’” Workman said. “I was representing women. ... But I hope that there have been a number of women that I have influenced to go into law and to become lawyers and judges.”

“There are countless others,” Tabit said. “I was not the only one.”

Workman was born in Charleston. Her father was a coal miner and a fireman. She loved school but gave little thought to college until eighth grade, when a teacher asked her which college she planned to attend.

“From that day on, I saved all my money,” Workman said. She worked a series of jobs, including a stint as a carhop at the old A&W Root Beer drive-in.

No one else in her family had attended college.

“My parents were completely apolitical. We didn’t have any political influence,” she said. “I just very idealistically wrote a letter and the executive assistant ... read it and said, ‘Well, she writes a pretty good letter. Let’s get her in here.’”

A shy girl who wore horn-rimmed glasses and wanted to be a teacher, Workman became interested in political science and journalism.

She studied at West Virginia University, developing her lifelong obsession with Mountaineer basketball. She then worked for Rockefeller when he was secretary of state. A few years after her 1974 graduation from WVU’s College of Law, she became a law clerk for the 13th Judicial Circuit, which oversees Kanawha County. Later, she opened her own practice.

By 1981, Rockefeller was governor. When the opening arose for a circuit court judge, Workman was interested. Finally, she heard from the governor’s office.

“They called me and they were like, ‘Is there anything you have in your background that could really embarrass the governor?’ So I thought about it and said, ‘Well, I have some really overdue library books.’”

She inherited the largest backlog of cases in the state and began holding court six days a week. She also toured domestic violence shelters and every prison and secure juvenile corrections facility in the state.

“I felt like when we sign those orders sentencing people, and I could be a very stringent sentencer when it came to violent criminals, we probably needed to see what the prisons were like. And I also cared about encouraging rehabilitation. There wasn’t a whole lot of that.”

The warden at the former state penitentiary in Moundsville warned of danger behind bars.

“He said, ‘I just want to tell you right now, we don’t, if there’s an inmate uprising, we don’t do hostage negotiations.’”

Her marriage to Edward Gardner III in 1984 was featured on the Style pages of The New York Times. She then had three children.

“When I was out campaigning, there were tons of people saying, ‘Who’s taking care of your children?’” Workman recalled. “Now, they probably wouldn’t ask a man that.”

She served as chief justice in 1993, the first of five terms.

“Justice Margaret L. Workman would be the answer to I don’t know how many questions on the Golden Horseshoe [history exam], because she has been the first in so many ways,” Tabit said.

When Dianna Canfield began working as a law clerk for Workman during her first Supreme Court term, Canfield learned her new boss did her homework — always.

“She can focus on issues like nobody else, and often on issues that decide cases,” Canfield said. “You prepare and prepare for a case that may be on the docket, and you go in to talk to her and right out of the gun she’ll have a question that never crossed your mind. I mean, she is that good. And it may end up being that particular issue that decides the case.”

Child abuse and neglect and domestic violence cases were of particular interest to Workman. In the mid-1990s, Workman established the Broadwater Committee which worked to reform the court’s response to children’s issues and led to the development of rules governing child abuse and neglect cases.

“We went through a lot in West Virginia, a lot of history on children’s issues and a lot of it was not good. But when she came on the court, she made them a passion,” said former Justice Tom McHugh, for whom Workman worked as a circuit clerk shortly after finishing law school. The two later served together on the state Supreme Court. “If you look at any of her opinions on children’s issues, they stand.”

The thoroughness of her work will be, perhaps, the hardest thing to replace, he said.

Her sense of humor also will be remembered.

“One year, at the end of the term, she came up with a blown-up picture of me and Lee Majors, and said, ‘Look at the similarity between them,’” McHugh said. “And she showed it throughout the court, so everybody got a great laugh out of that.”

Recent years have been hard.

Two of her children died from illness in a span of less than four years, her only daughter, Lindsay Gardner, on May 1, 2016, and one of her two sons, Teddy Gardner, on April 24.

Justice Robin Davis retired after the House vote. Justice Beth Walker’s impeachment was the only one to reach the trial phase. The state Senate voted overwhelmingly not to remove her from office.

“The impeachment, the things that went on, that was very difficult for me because I knew I had not done anything wrong,” she said. “I was stunned. The day they were doing the impeachment articles, I’m like, ‘What is my name doing on that list?’”

“I already knew I was going to retire in 2020, because I’m 73 years old now. That’s long enough,” Workman said. “But they sent word that if I would just promise not to run in 2020, they would not try to take my pension away, that I’ve worked for for 30 years.

“I wasn’t going to make a deal like that, because that’s caving into people when I didn’t do anything wrong. ... I was not going to lay down and play dead.”

The case went to the U.S. Supreme Court, which declined to intervene.

“She prevailed,” McHugh said. “She made a tremendous difference by showing that there are three branches of government.

“She stayed and fought. She did a favor to West Virginia by staying on the court ... I will always remember her for that. That is a major part of her legacy.”

“She did a lot for the court system and to preserve the integrity of the judiciary and the judges, because all of us were affected by that. From the top down, from the Supreme Court to circuit judges to family court judges to magistrates, we’re all part of the judiciary. And I think she went to bat for everybody.”

Workman considered writing a book about “the whole impeachment nightmare,” but following the losses of her children, she decided she didn’t have the heart for it.

“I would like to set up a memorial foundation for my children, and do good things in their memories,” she said. “Lindsay really loved children’s issues, too, and I thought about starting a Lindsay’s Place here, like they have a Lily’s Place in Huntington that cares for babies that are born addicted.”

Teddy, a medical student and world traveler, was “big on civil rights and human rights and civil liberties,” she said. “So I’d like to do something that, you know, cares about their interests and helps people. Because they were both very sweet, brilliant and compassionate.”

Other retirement plans include organizing her closet, spending more time with her grandchildren in South Carolina and cheering on Coach Bob Huggins and his Mountaineer basketball team.

As of Friday, Evan Jenkins is the chief justice of the West Virginia Supreme Court, and he’s inherited a court navigating the state’s judicial…