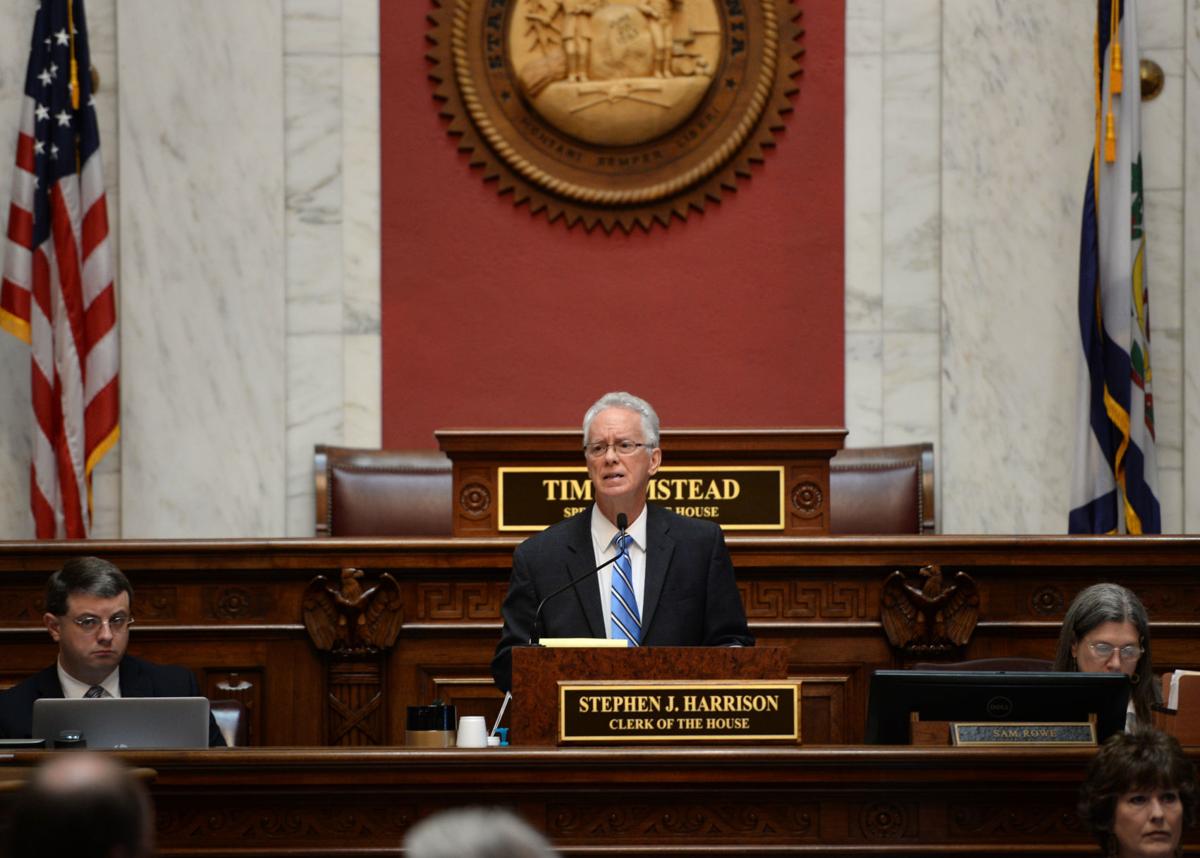 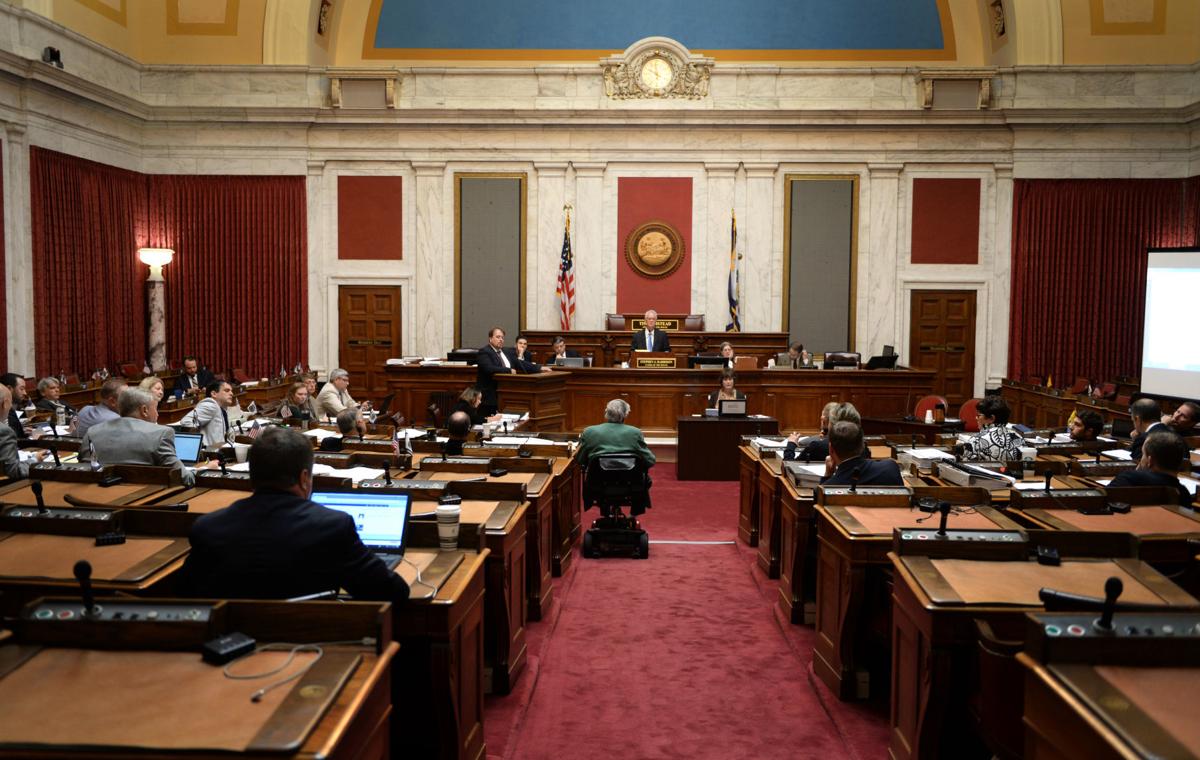 Members of the House Judiciary Committee meet Tuesday to discuss articles of impeachment against the four remaining Supreme Court justices. 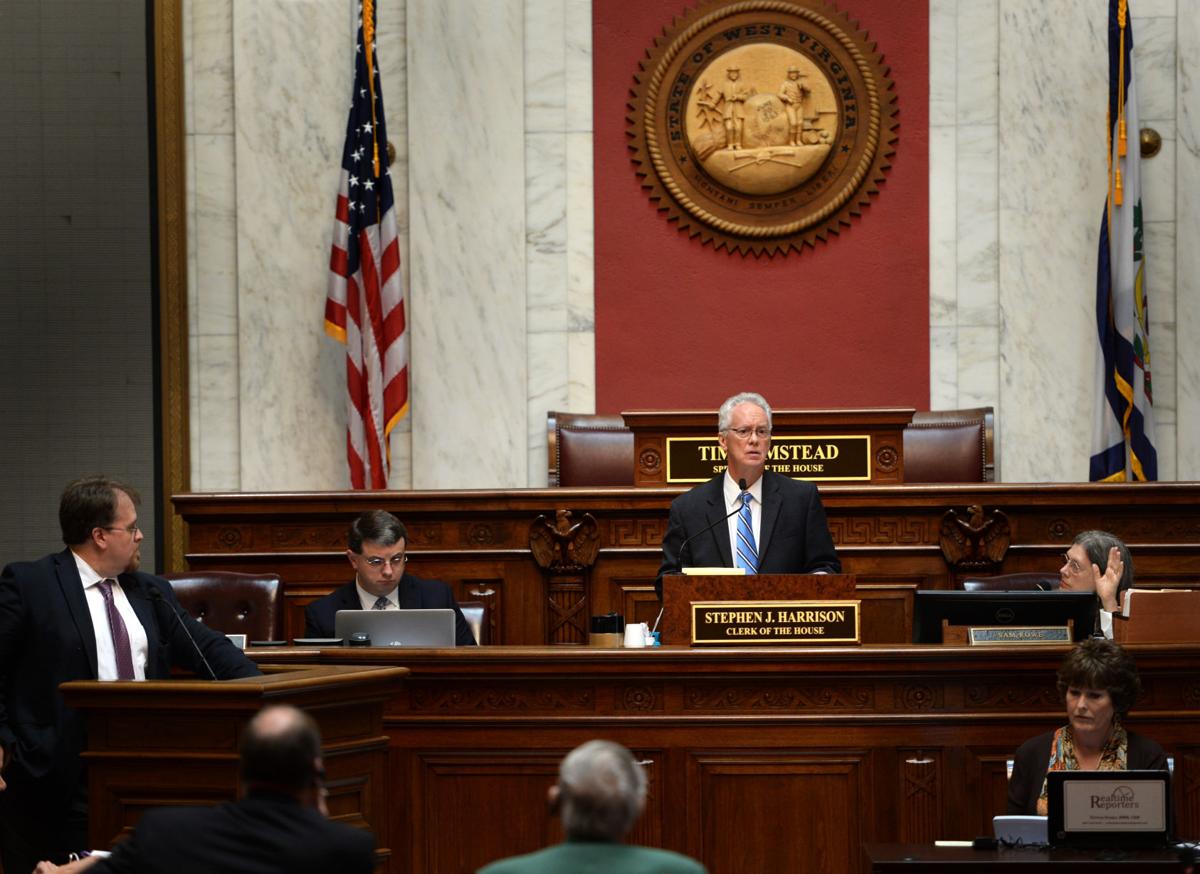 Members of the House Judiciary Committee meet Tuesday to discuss articles of impeachment against the four remaining Supreme Court justices.

The West Virginia House Judiciary Committee approved 14 articles of impeachment against the four sitting justices of the West Virginia Supreme Court of Appeals on Tuesday.

The eighth day of the committee’s meetings regarding possible impeachment produced the first material results when 14 articles of impeachment were introduced at 9:25 a.m.

By the time the committee adjourned at 6:15 p.m., its members had added two new articles to their draft and rejected two of the original proposed articles, advancing the possibility of impeachment for the majority of the elected officials in the Mountain State’s judicial branch of government.

“It’s a sad day, and it certainly isn’t a cause for celebration,” Judiciary Chairman John Shott, R-Mercer, said Tuesday as the articles were distributed to the 24 committee members present in the House chamber.

Those articles will now advance to the full House of Delegates for consideration. Speaker Pro Tempore John Overington, R-Berkeley, said Tuesday he called for the House to reconvene at 10 a.m. Monday.

The articles serve as formal charges or accusations that the justices committed one of the impeachable offenses listed in Section 9, Article 4 of the West Virginia Constitution.

Former justice Menis Ketchum was not a subject of impeachment because he resigned from the bench last month.

Some of the articles charge more than one justice at a time with a given impeachable offense.

Each justice is charged with “unnecessary and lavish” spending of state taxpayer dollars to renovate their offices in the East Wing of the Capitol. All four of them also are charged with failing to develop and maintain court policies regarding the use of state resources, including cars, computers and funds in general.

Loughry faces additional charges related to his alleged use of state vehicles for personal travel, having state furniture and computers in his home, having personal photos, documents, photos and artwork framed on the state’s dime, and handing down an administrative order authorizing payments of senior status judges in excess of what is allowable in state law.

Davis and Workman are charged with signing documents authorizing that senior status judges be paid in excess of what’s allowable in state law.

One article against Walker, charging her with using state money to pay an outside attorney to author an opinion in 2017, was rejected by the committee in a 14-9 vote. The outside attorney in that matter was Barbara Allen, currently the interim Supreme Court administrator, who wasn’t employed with the court at the time she wrote the opinion, said Marsha Kauffman, attorney for the Judiciary Committee.

The committee also rejected an article against Workman that charged her with facilitating the hiring of a contracted employee to do IT work for the court as a political favor.

The committee’s questions regarding the articles mostly dealt with clarifying certain points of evidence and whether certain actions violated court policies or state law.

Committee members spent the most time debating Article 7, which charges Loughry with “unnecessary and lavish spending” on renovations to his office. The committee approved articles regarding such spending on renovations against all of the justices.

The debate about Article 7 first included an amendment from Judiciary Minority Chairwoman Barbara Fleischauer, D-Monongalia, who proposed adding language that additionally charged Loughry with lying to lawmakers in January in an attempt to deceive them regarding his knowledge of, and involvement in, renovations to his office.

The committee eventually rejected Fleischauer’s amendment and instead made the amendment into a separate charge, establishing the 15th article of impeachment.

When the committee debated the actual amendment, the debate steered into whether adopting articles against the justices on the matter of the cost of renovations was overstepping the boundaries of the committee’s charge.

Those who spoke against the article argued that the matter of whether Supreme Court justices misused their funds should be judged by West Virginia voters, who will have the chance to vote in November on a constitutional amendment to give the Legislature more control over the Supreme Court’s budget.

Those who spoke in support of the article said it was the duty of those elected to the Legislature to hold the other branches accountable through basic checks and balances written in the constitution, and voters additionally would serve their own checks and balances with their vote in November.

Delegate Mike Pushkin, D-Kanawha, also suggested the nature of grouping all of the justices into one set of articles of impeachment appeared to be an attempt to allow Republican Gov. Jim Justice an opportunity to appoint four of the five Supreme Court justices for at least two years on the bench.

Pushkin originally drafted a resolution to initiate impeachment proceedings in February. At the time, Senate President Mitch Carmichael said it was a political stunt, and the resolution didn’t gain traction.

“Now, I see an effort to capitalize on this entire affair by taking out an entire branch of government and replacing it through appointments,” Pushkin said.

Fleischauer said the way the articles of impeachment were drafted against all sitting justices at once gave her the appearance of an attempted “coup” to let the governor appoint the court.

Shott denied that was the case.

“We said this to our committee when we started, this was a no-win situation,” Shott said. “Especially in an election year, there’s going to be people who will spin it however it creates the most advantage to them. That’s just part of the process.”

Under state law, if a justice has more than two years left in his or her term and leaves or is removed from office 84 days prior to a general election, the governor appoints an interim justice, and voters pick a new justice during the general election.

Eighty-four days before this year’s general election is Aug. 14.

If a justice with more than two years left in a term leaves office or is removed after Aug. 14, the governor still appoints an interim justice, but the special election to replace the justice would be in May 2020.

All of the sitting justices have at least two years left in their terms.

Justice already called a special election for Nov. 6, to allow voters to select who will fill the vacancy left by Ketchum’s resignation.

To date, the articles of impeachment are the only charges faced by Workman, Davis and Walker.

Ketchum was not subject to any of the articles of impeachment. His resignation last month meant he couldn’t be impeached under the procedures established by the Judiciary Committee.

Ketchum agreed to plead guilty to one count of federal wire fraud, according to a plea agreement announced by U.S. Attorney Mike Stuart last week.

Loughry is the subject of a 23-count federal indictment charging him with 16 counts of mail fraud, two counts of wire fraud, three counts of making false statements to a federal agent, one count of obstruction of justice and one count of witness tampering.

Loughry is out of jail on a personal recognizance bond, and his trial is scheduled to begin Oct. 2.

Loughry has been suspended from the bench without pay since June 8.

On June 6, the West Virginia Judicial Investigation Commission charged Loughry with 32 counts of violating the state’s Code of Judicial Conduct by misusing the state-owned cars, computers and furniture and lying to lawmakers, the public and the news media about it.

Now that the committee has adopted the 14 articles of impeachment, the full House will consider the articles.

Shott said he and Judiciary Vice Chairman Roger Hanshaw, R-Clay, likely will present the articles to the House with assistance from Judicary Committee attorneys.

If a majority of the elected members of the House, or 51 delegates, votes to adopt any or all of the articles of impeachment, the process advances to the Senate.

In the Senate, two-thirds of the elected members, or 23 senators, have to vote to adopt any or all of the articles of impeachment.

If that threshold is met, the Senate will be responsible for facilitating an impeachment trial to determine if those charged in the articles of impeachment are guilty of the impeachable offenses.

Then, if the Senate, by another two-thirds majority, determines that any or all of the justices committed the impeachable offenses, the “guilty” justices would be removed from the bench and banned from ever seeking public office again in West Virginia.