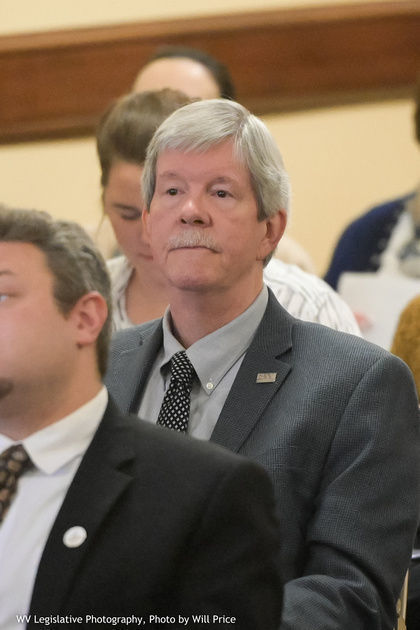 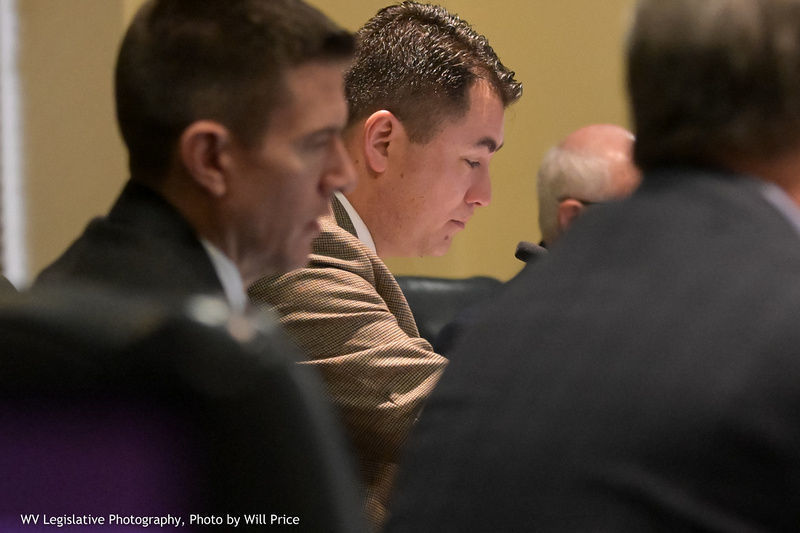 In his State of the State address last month, Gov. Jim Justice zeroed in on the state’s ongoing shortage of Child Protective Services workers.

The governor, vowing the state would strive to have the best child welfare system in the nation, said he’d hire 87 CPS workers to be out in the field.

They’d be tasked with investigating child abuse allegations and determining if a child should be removed from their parents’ home.

They’d be on the front lines of the state’s opioid epidemic, since the majority of West Virginia’s child removals are linked to neglect and drug abuse.

“We’ve got a real problem,” Justice told the audience. “And we’ve got to own up to it and step up to the plate and do something about it.”

Some in the Legislature are also trying to do their part, with legislation intended to help hire and retain more CPS workers working its way through both the Senate and the House of Delegates.

However, that legislation has come under criticism from child welfare advocates who say it does nothing significant to address the problem. Instead, they contend, it allows CPS to continue to hire people unprepared for what the Department of Health and Human Resources calls “a very difficult job that requires special people.”

About 20 percent of the DHHR’s CPS jobs were vacant in 2019. The Department of Health and Human Resources has been upfront about the staff shortages. Agency leaders attribute the gaps to heavy caseloads, higher social work wages in nearby states and the dangerous nature of a job that requires confronting families in turmoil.

The worker shortage played a massive role in why the state failed to promptly investigate more than half of child abuse cases in 2018, according to a recent state audit.

Vacancies among CPS worker ranks has been an ongoing problem for West Virginia, as it has been in many other states. In an attempt to address the worker shortage, state lawmakers in 2015 lowered the requirements to get a job in CPS.

Applicants no longer had to hold a social work degree, just a four-year degree of some sort, to work for the department. One result was that the Board of Social work was granting special social work licenses to people who never studied social work.

The fear, said Sam Hickman, executive director for the state’s chapter of the National Association of Social Workers, was this new category of social workers would leave the DHHR with their special social work license and be able to practice social work in other venues without any proper, professional training.

The pending legislation would create a CPS caseworker registry, but would remove the social work license requirement altogether.

The state has a 35-year history of failing to recruit or retain qualified CPS workers, Hickman said, to help the state’s most vulnerable children.

The bill is another step away from professionalism, he said.

“When are we going to try focusing on quality?” Hickman asked.

No license, no problem

Delegate Jordan Hill, chair of the House and Interim Health and Human Resources Committee, said he drafted House Bill 4128 (the Senate counterpart is SB 312) to address the DHHR’s inability to recruit and retain CPS workers.

“My whole goal was to bring the Department of Personnel and DHHR together, bring them to the table to have the conversation on how we can resolve this,” Hill, R-Nicholas, said.

The legislation would create a new child protective caseworker classification that requires an applicant to, among other things, be at least 18; have a bachelor’s degree; be employed by DHHR; and complete training that has yet to be outlined by the board of social work and DHHR.

Right now, anyone with a four-year college degree can become a CPS worker in West Virginia. Thanks to the 2015 legislation, the Board of Social Work would grant CPS workers a provisional license — only usable in West Virginia — that could turn into a full license after completing 12 hours of training through the DHHR and passing the licensure examination.

State rules guiding the Board of Social Work outline “preferred degrees” outside of a social work degree, including counseling, psychology and criminal justice, but it doesn’t limit the state from hiring those with other degrees.

West Virginia, compared with surrounding states, already holds the lowest requirements for its CPS workers when it comes to degree preference and job experience, according to the state audit of CPS and research compiled by Hickman.

Not every state in the U.S. requires a CPS worker to hold a social work license, however, Hickman said most states don’t grant the types of exceptions for workers that West Virginia does, like including “related degrees” on the pathway to getting a social work license.

The new caseworker registry would be a small change from current practice and does nothing to attract workers prepared for the difficult job, he argued. A job posting for an open CPS position in Clay County included, “The nature of the situations requires expertise and judgment to deal with problems that are potentially dangerous to the client and the worker.”

Hickman said he is concerned because the bill does not create a pathway to licensure and would provide little incentive for licensed social workers to practice in West Virginia.

Hill said the House version of the bill is currently on pause while the DHHR and the Division of Personnel work together to create a career ladder for CPS workers without a license requirement.

He said he has no plans to push the bill as is; rather, he hopes it will focus state-level conversations on hiring and retaining CPS workers who will stay and advance within DHHR.

“DOP is now assisting DHHR in developing a career ladder for CPS workers and providing monetary incentives for higher education certifications,” Hill said. “I’m hopeful DOP and DHHR will come to a resolution on this to encourage more West Virginians to become CPS workers.”

During the DHHR’s budget presentation to the Senate Finance Committee, DHHR Deputy Secretary Jeremiah Samples said the relationship between the DHHR and the DOP was going well. When pressed for more information on progress in building a career ladder, DHHR spokesperson Allison Adler said discussions regarding salary levels and other details were ongoing, but said the added positions were an example of a career ladder.

“Increasing the number of positions adds more room for advancement within the career ladder,” Adler said. “As individuals rise in the career ladder, having more slots in particular positions assists with retention of those workers. For example, for those who are in CPS positions, by adding more slots for higher level positions allows those with more experience to move into supervisory and senior positions, and in turn, retains those experienced workers who have been trained and already working in the DHHR system.”

The department is requesting $4.425 million in the 2021 budget for the 87 new positions and other unspecified improvements in the Bureau for Children and Families, which houses CPS.

These individuals will be assigned to districts based on need and caseload, according to the DHHR.

Hickman is adamant the absence of a license and a social work degree is likely to result in continued job turnover because the person is unaware of the type of work he or she is getting into amid the state’s foster care crisis.

Jeremiah Underhill, lead counsel for Disability Rights West Virginia, one of three agencies leading a class-action lawsuit against the DHHR in regards to the child welfare system, said adding more unqualified bodies to the mix won’t solve the problems that caused his agency to sue the state.

“Posting jobs is not finding solutions,” Underhill said. “They seem to think it is. You need to restructure the pay or something else. We have waivers for everything. If the federal government requires a master’s, they go, ‘Oh it’s West Virginia, so it’s OK.’ I think that’s a bad thing they aren’t requiring a master’s degree in social work in positions that need it. I’ve come across people — not saying they aren’t nice people — but would you want your pediatrician really to have a degree in art history and somehow went through med school with that?”

The Senate’s version of the bill originally contained base salary increases for different classifications of CPS jobs. The Select Committee on Children and Families removed that language from the bill when they passed it Feb. 6.

Starting salary for a CPS worker is around $28,000, even after the state employee pay raises the past two years, which Hill said was a concern. The language in the original bill would have raised starting salary to $32,500.

The original bill also included language that would allow a caseworker to file a grievance if their caseload went above 25 cases. The national standard is 15. That language is no longer in the Senate version.