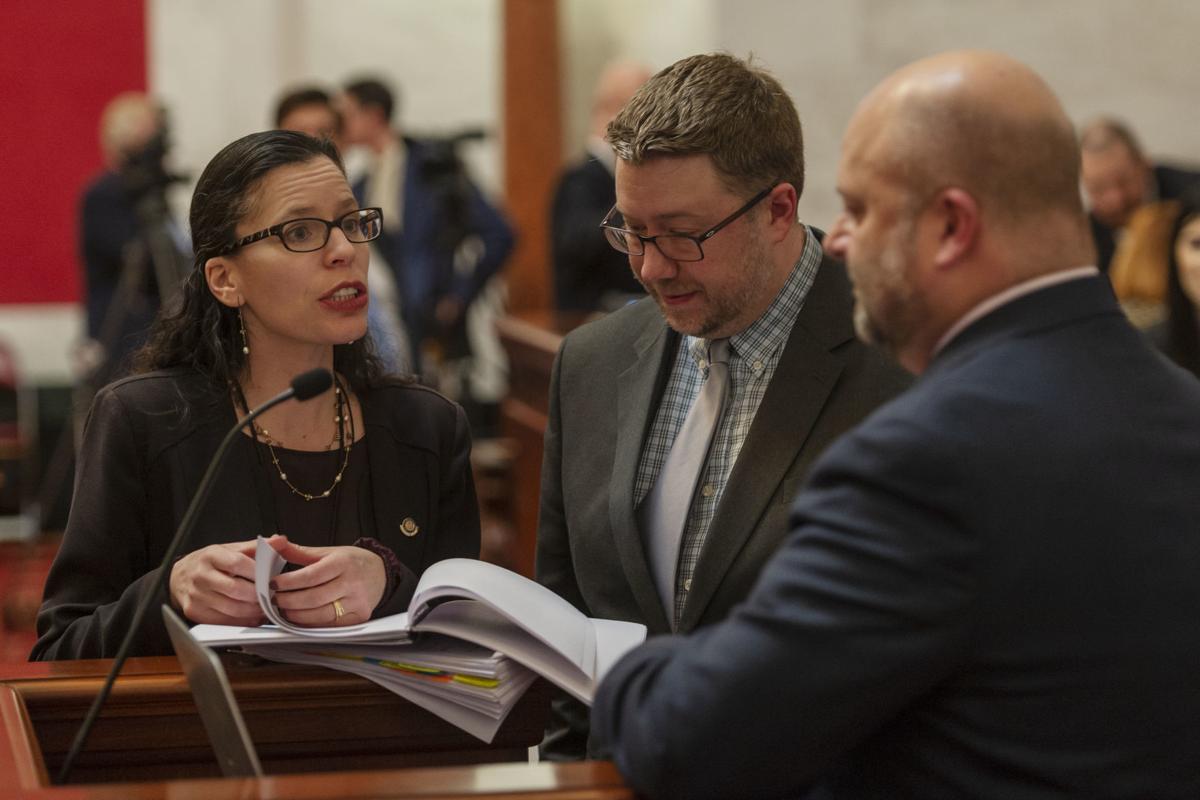 Senate Education Committee Chair Patricia Rucker, R-Jefferson, (left) speaks with Finance Committee counsel Jeff Johnson (center) and analyst Chris DeWitte during a recess Wednesday as the Senate dissolved into a Committee of the Whole to discuss a comprehensive education bill. 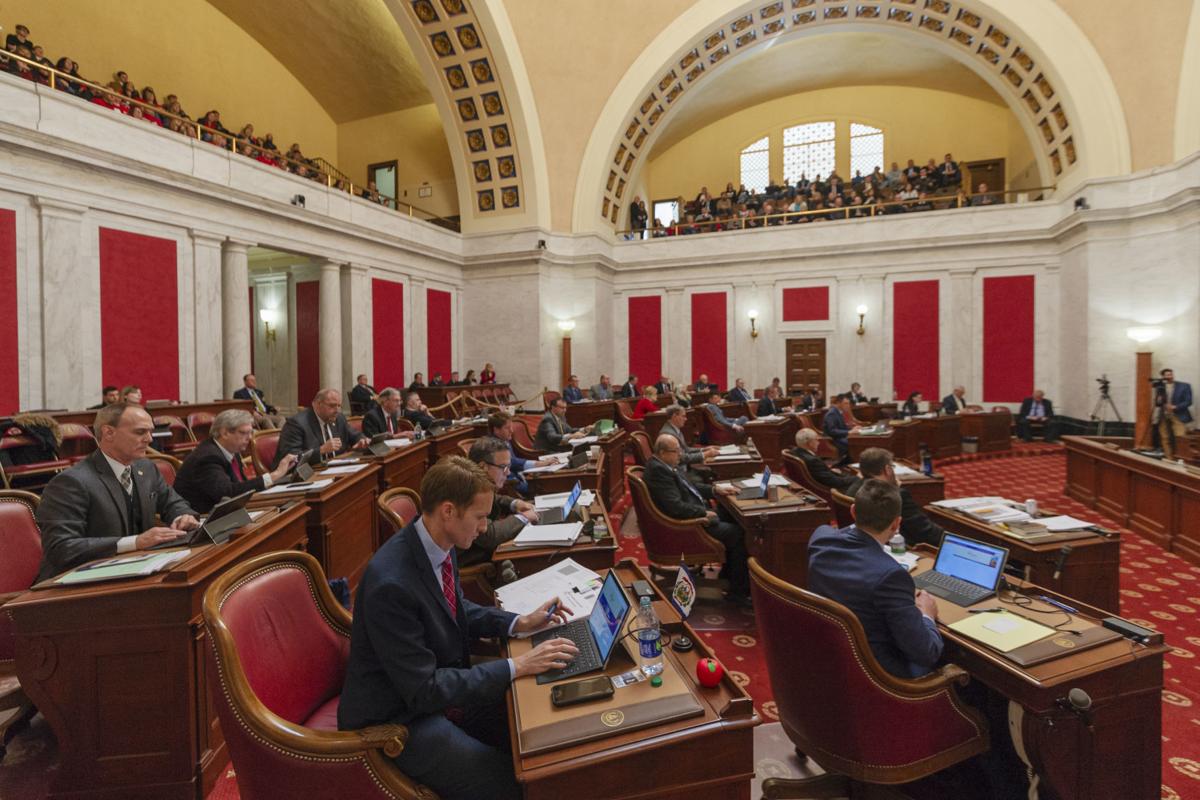 Members of the W.Va. Senate pore over a proposed education reform bill after dissolving into a Committee of the Whole, Wednesday, at the state Capitol.

Senate Education Committee Chair Patricia Rucker, R-Jefferson, (left) speaks with Finance Committee counsel Jeff Johnson (center) and analyst Chris DeWitte during a recess Wednesday as the Senate dissolved into a Committee of the Whole to discuss a comprehensive education bill.

Members of the W.Va. Senate pore over a proposed education reform bill after dissolving into a Committee of the Whole, Wednesday, at the state Capitol.

A rarely seen mega-committee comprised of the entire state Senate pored over 133 pages, line by line, of a bill that would overhaul West Virginia’s education system.

For the fourth time in state history, the Senate dissolved into a “Committee of the Whole” on Wednesday to consider an omnibus education bill (Senate Bill 451) that would enable charter schools, education savings accounts, and a flurry of other changes in the state.

After its passing vote in the Senate Education Committee last week, the bill was originally slated for review by the Senate Finance Committee. After all Democrats and two Republicans on the Finance Committee came out against the package, enough for a down vote, Senate leadership waived the committee’s review and put it to the Committee on the Whole.

However, Senate President Mitch Carmichael, R-Jackson, said the move was done to ensure all senators had a chance to carefully look over the bill, not to circumvent a failing vote.

At Wednesday’s hearing, the body unveiled a committee substitute comprised of one significant change and several more modest tweaks to the legislation. As of press time, the new version had yet to be adopted.

Most significantly, the newest version of the bill omits a provision that would have expanded class sizes for first-through-sixth grade classes from 28 to 31.

The bill still contains a broad swath of other changes, like a teacher and school service personnel pay raise; allowing for differential pay for teachers by subject and geography; allowing county boards to raise regular levy property tax rates without submitting the question to voters; and many others.

Wednesday’s meeting began at 11 a.m. With the exception of a lunch break and a brief hiatus due to the activation of a rogue fire alarm, members questioned Senate attorneys and analysts well into the evening.

For the most part, discussion centered on three subjects: charter schools, education savings accounts and a non-severability clause. The latter’s importance far exceeds its three lines of length — it states if any part of the bill is found to be invalid, the whole bill is invalid.

Following questioning from Sen. Corey Palumbo, D-Kanawha, two Senate attorneys told members that neither of them have ever seen such a clause before.

“To me, honestly, it’s kind of mean-spirited,” Palumbo said.

Throughout the questioning, Republican Senators said the bill will grant parents more discretion in how their children are educated. Conversely, Democrats said charter schools and ESAs would siphon money from public schools. They also raised concerns about the lack of teacher certification requirements and transportation requirements with charter schools.

Sen. Paul Hardesty, D-Logan, asked several questions about whether there’s any recourse if a charter school lures all the top teaching talent from a public school.

Sen. Rollan Roberts, R-Raleigh, asked questions emphasizing a requirement that charter schools submit a “recruitment and retention plan” annually to its authorizer about how it will attract and retain poorer students, students with special needs, students with a limited English language proficiency, and other such populations.

The committee adjourned at about 8:30 p.m. Senate Majority Leader Tom Takubo, R-Kanawha, said the committee will reconvene after the floor session for more discussion. He said hopefully the committee will hear proposed amendments and have a vote to move the bill out of committee.