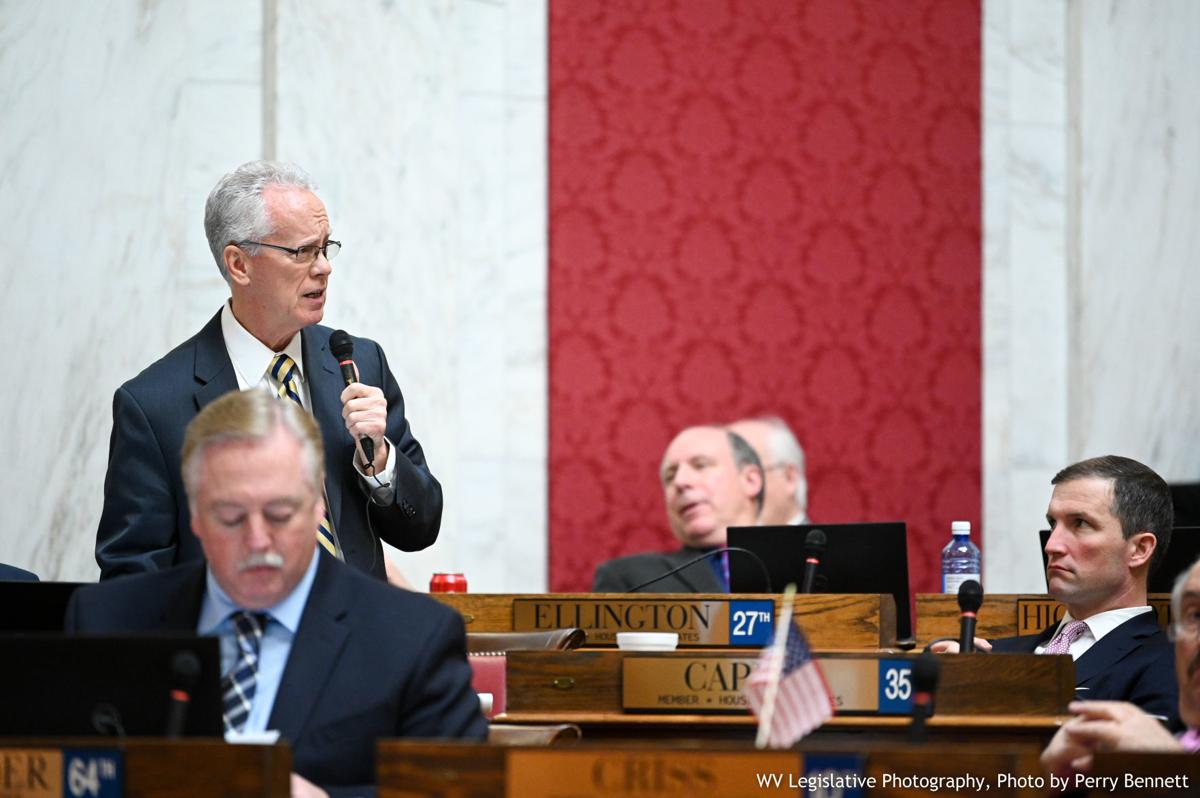 West Virginia House of Delegates Judiciary Chairman John Shott, R-Mercer, explains a bail reform bill in the House chamber Wednesday. Delegates approved the bill, which will require magistrates to release people charged with certain non-violent felonies instead of setting bond. The bill will advance to the Senate. 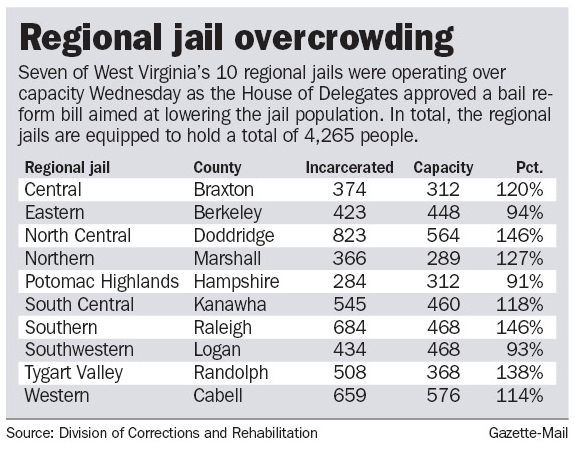 With the goal of reducing jail bills and alleviating overcrowding in the state’s 10 regional jails, the House of Delegates on Wednesday approved a bill that would require county magistrates to release people on a personal recognizance bond while they await trial for certain non-violent misdemeanor crimes.

Delegates approved House Bill 2419 by a margin of 87-10, and it was the third year running the house approved the bail reform bill.

House Judiciary Chairman John Shott, R-Mercer, described the measure as one component of the House’s effort to reform the state’s criminal justice system.

“This, although not perfect — it doesn’t necessarily go as far as some folks want it to go — it is a good bill,” Shott said. “It gives us a step in the right direction.”

If it becomes law, HB 2419 would require magistrates to release people from state custody on a personal recognizance bond after they’re arrested on certain charges instead of issuing a cash bail and sending them to jail if they can’t pay.

People would qualify for a personal recognizance bond if they’re charged with certain misdemeanors that don’t involve violence, a minor, or a traffic crash causing injury or death. Magistrates would retain some discretion to issue bail if a person has a known criminal history or any other factors that may make them a threat to themselves or their communities.

If a person is charged with a misdemeanor drug crime, they would not qualify for a personal recognizance bond under the law.

The House has passed a materially similar bill the last two years, and both bills went on to stall in the Senate Judiciary Committee.

Shott asked delegates on Wednesday to talk with their Senate peers about passing the bill there.

At 11 a.m. Wednesday, about 30 minutes before delegates passed the bill, seven of the state’s 10 regional jails had more inmates than beds, according to data provided by Lawrence Messina, director of communications for the Division of Corrections and Rehabilitation.

In total, the state has 4,265 beds available for inmates at regional jails.

There were 5,100 inmates in the jails at the time the Gazette-Mail requested that information Wednesday.

Messina also provided data regarding jail bills that were past due from counties and municipalities in the state.

The state considers a jail bill past due when an entity owes at least $1,000 for 90 days.

Messina said the majority of counties “follow the rules and pay what they owe.”

From the highest to lowest jail bill balance, the counties that owed the most on their bill are listed below.

Messina said the City of South Charleston also was past due on its jail bill by $3,329.

Counties and municipalities pay a flat rate of $48.25 per inmate per day for those inmates arrested by their respective law enforcement officers.

The actual cost of housing one inmate per day is $53.75, Messina previously said but the rate for counties and municipalities is capped, to help alleviate some of the financial burden. The state pays the remaining $5.50 per inmate to make up the difference.

Once an inmate is convicted of a crime, the state assumes all of the costs of that person’s incarceration.

It cost $70.90 each day to house a person in the state’s prison system in 2018, the most recent year for which data was available.