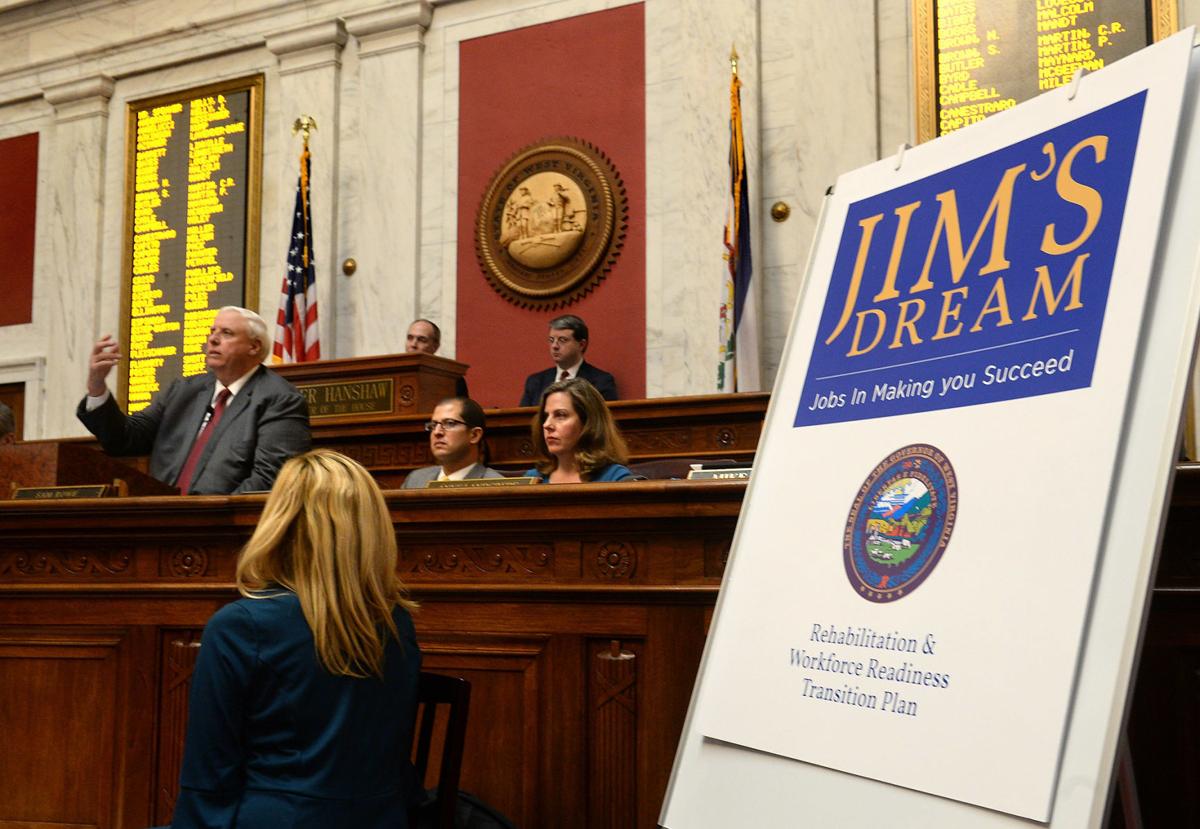 Gov. Jim Justice announces plans for Jim’s Dream, a new drug abuse treatment and job training program, during his State of the State address in the House chamber of the state Capitol Wednesday night. 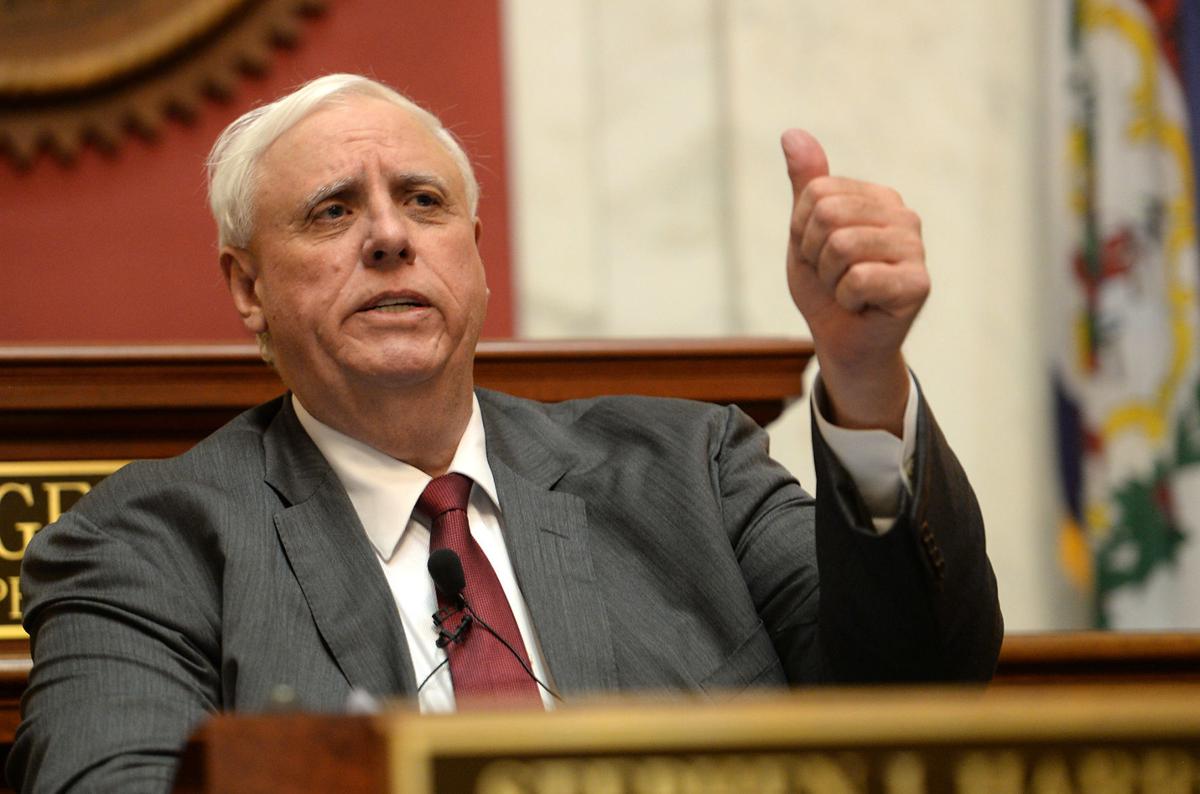 Gov. Jim Justice delivers his State of the State address in the House chamber of the state Capitol Wednesday night. 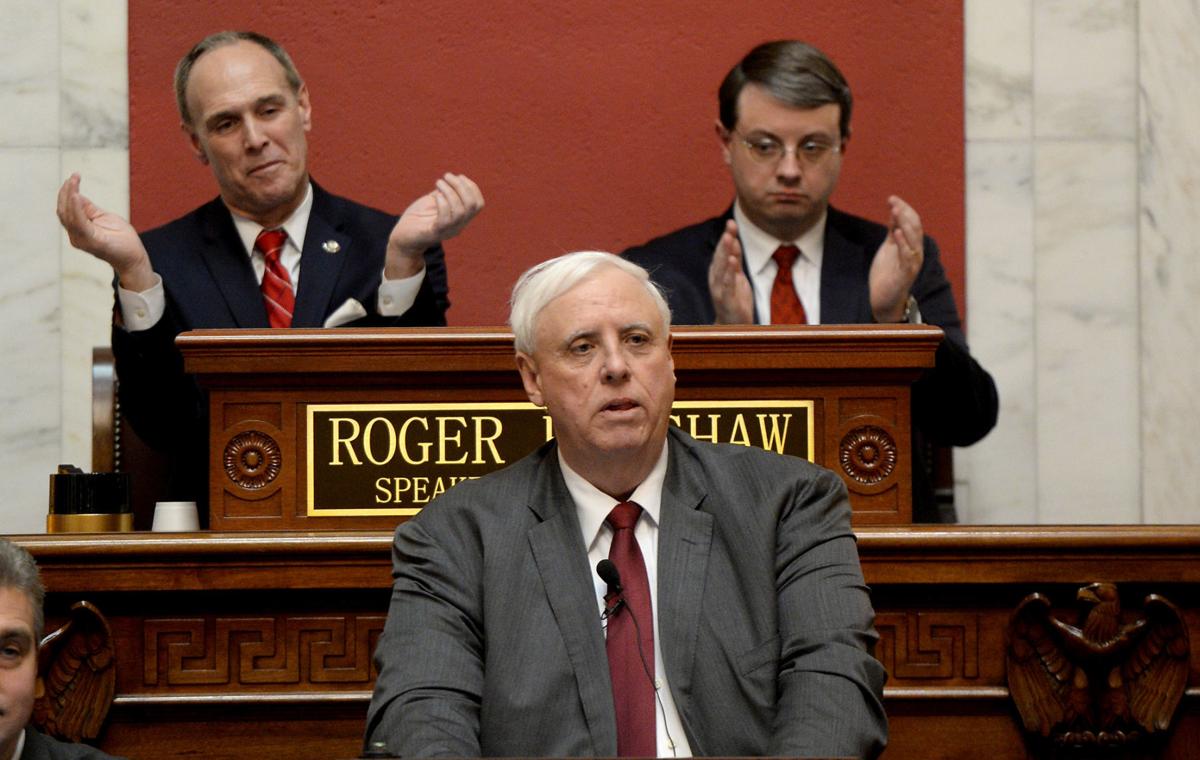 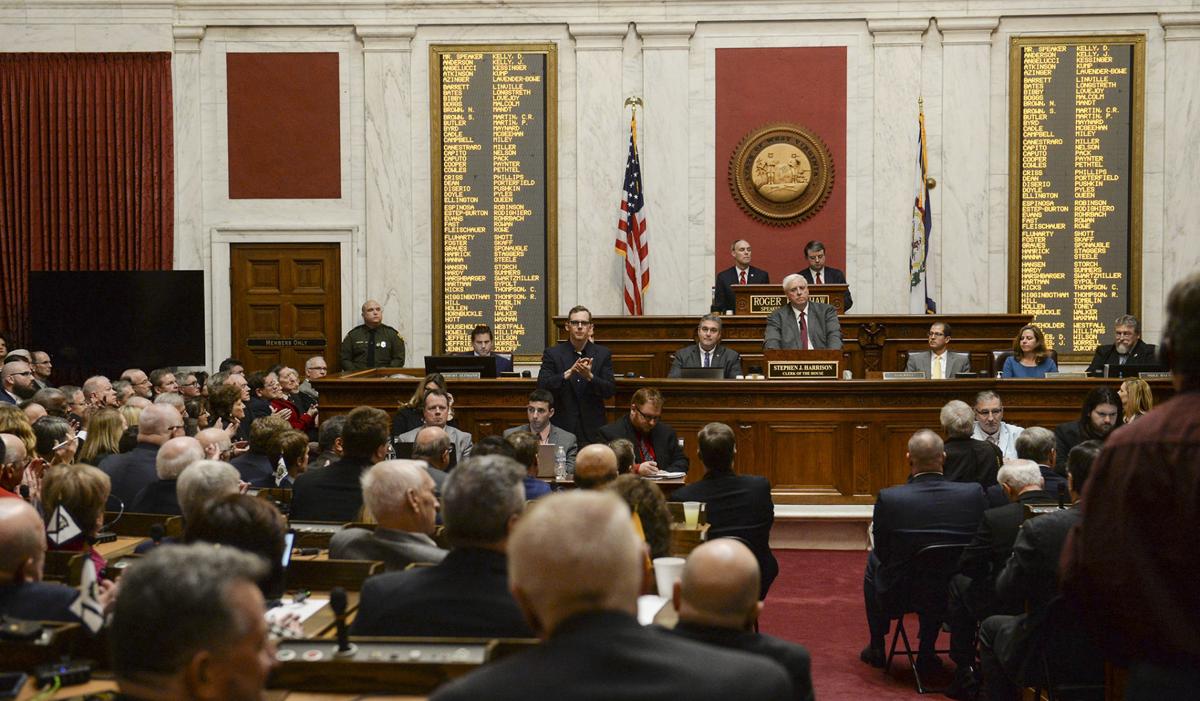 Members of the 84th Legislature look on as Gov. Jim Justice delivers his State of the State address Wednesday at the state Capitol. 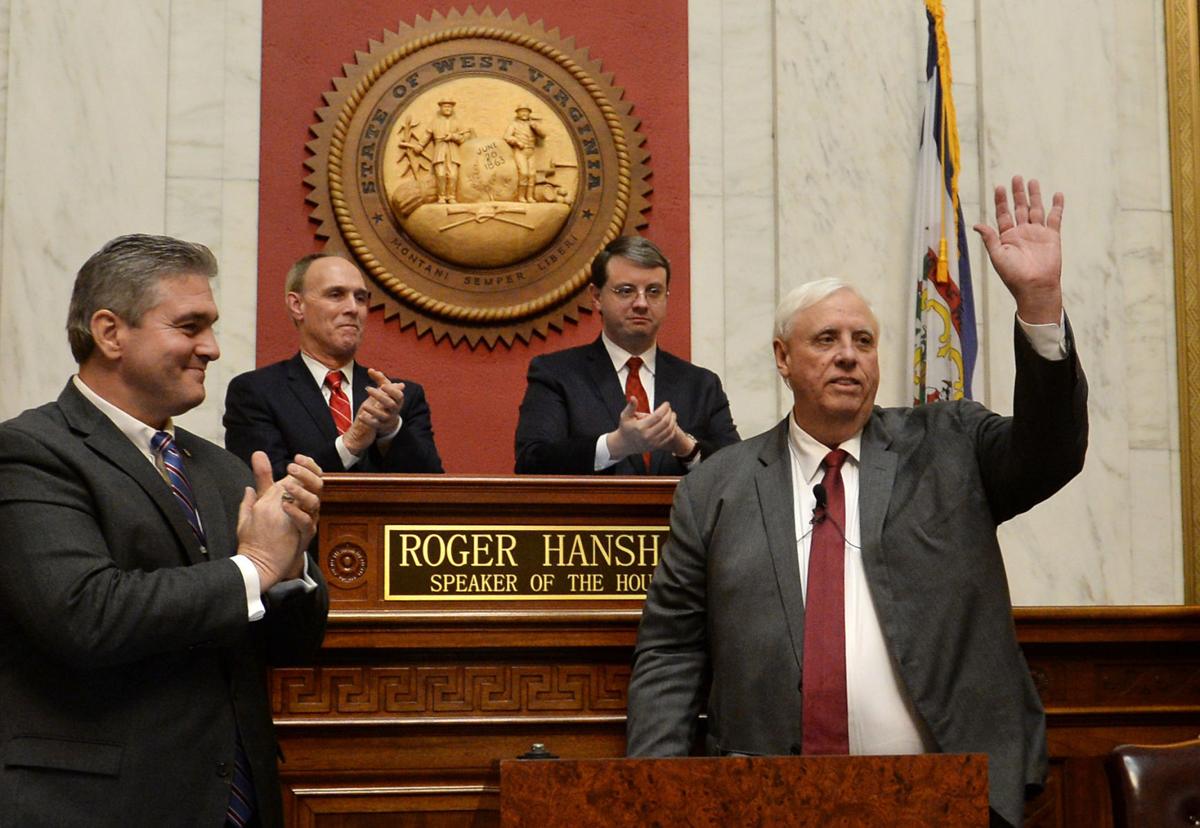 Gov. Jim Justice announces plans for Jim’s Dream, a new drug abuse treatment and job training program, during his State of the State address in the House chamber of the state Capitol Wednesday night.

Gov. Jim Justice delivers his State of the State address in the House chamber of the state Capitol Wednesday night.

Members of the 84th Legislature look on as Gov. Jim Justice delivers his State of the State address Wednesday at the state Capitol.

Taking a turn for a decidedly more conventional speech, Gov. Jim Justice, in his third State of the State address, unveiled plans for an ambitious new West Virginia drug treatment and job training program, pledged a new round of 5 percent pay raises for teachers, service personnel and other state employees, and upped a pledge of new funding for PEIA from $100 million to $150 million.

Justice also voiced his support for creation of an intermediate appeals court, long sought by state business interests, saying, “It’s another step forward to restoring honor and integrity to the court system.”

Unlike his first two State of the State addresses, which he delivered impromptu while seated on the floor of the House of Delegates using whiteboards as props, Justice on Wednesday followed tradition, speaking from the House podium, although apparently again without a prepared text.

The governor mentioned his first address to a joint session of the Legislature two years ago, when he proposed major tax increases to address ongoing state budget shortfalls.

In contrast, he noted Wednesday, “We haven’t had any cut budgets recently, and we’re not going to have one today.”

He said his 2019-20 budget not only does not propose tax increases, but will feature significant tax cuts.

Calling education the centerpiece of his agenda, and “the hotspot that can really change our image,” Justice pledged another round of teacher pay raises, upped his commitment for Public Employees Insurance Agency funding to $150 million, and called for salary incentives to recruit and retain math, science, foreign language and special education teachers.

He also committed $5 million to expand the Communities in the Schools program to assist underprivileged children statewide.

Justice said another key issue in his 2019 agenda is to fight the statewide drug epidemic, which he described as “a battle we’re losing.”

To that end, he unveiled the Jim’s Dream program, which he briefly described as an effort to provide substance abuse treatment and vocational training for drug users.

“Take our people off the terrible drug trail and put them in a job, and give them real hope,” he said.

Funding for that program, he said, will include $5 million for prevention, $10 million for drug treatment and $30 million for staffing and equipment at state vocational-technical centers.

Other initiatives Justice announced Wednesday ranged from the sublime — an additional $14 million for state tourism promotion — to a grandiose call for construction of multiple lakes around the state, saying, “The only thing we don’t have is an ocean.”

Justice also called for passage of banking legislation to allow West Virginia’s medical marijuana law to go forward on July 1, but said, “I am adamantly, etched-in-stone against recreational marijuana.”

He also touted continued growth in the state’s economy, and he told legislators that a proposed massive investment in natural gas operations by China is not “off the table” but merely delayed by “head-butting” by leaders of the two nations over tariffs.

Justice concluded the hourlong address by noting that the most frustrating element of his job is dealing with people who believe “they should be 50th and stay 50th.”

Justice’s third State of the State address was much more conventional than the first two. Last year, he included an appearance by the Greenbrier East High School girls basketball team he coaches.

Justice’s first State of the State, in 2017, blew away all conventions with unscripted references to 18-carat dog messes and Frankenstein’s monster, but also failed to sway the Legislature, which soundly rejected his call for $450 million in new taxes to close budget deficits and spur economic growth.

However, Wednesday’s speech was not without its moments, including an extended pause to fix the governor’s portable microphone, a video message from retired NBA star Shaquille O’Neal, as well as his humorous introduction of senior adviser Bray Cary as his oldest son.