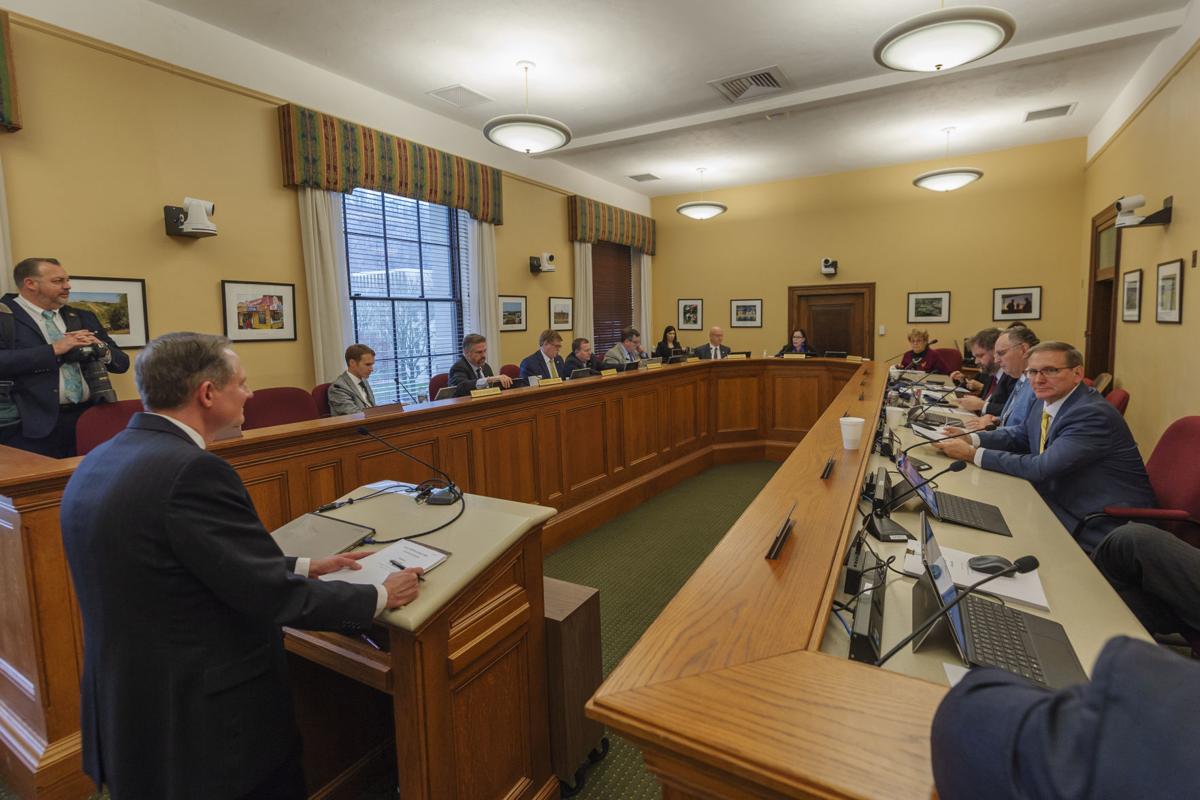 Hank Hager (at podium), counsel for the Senate Education Committee, presents an outline of the committee’s sweeping education bill during a meeting Thursday at the state Capitol. 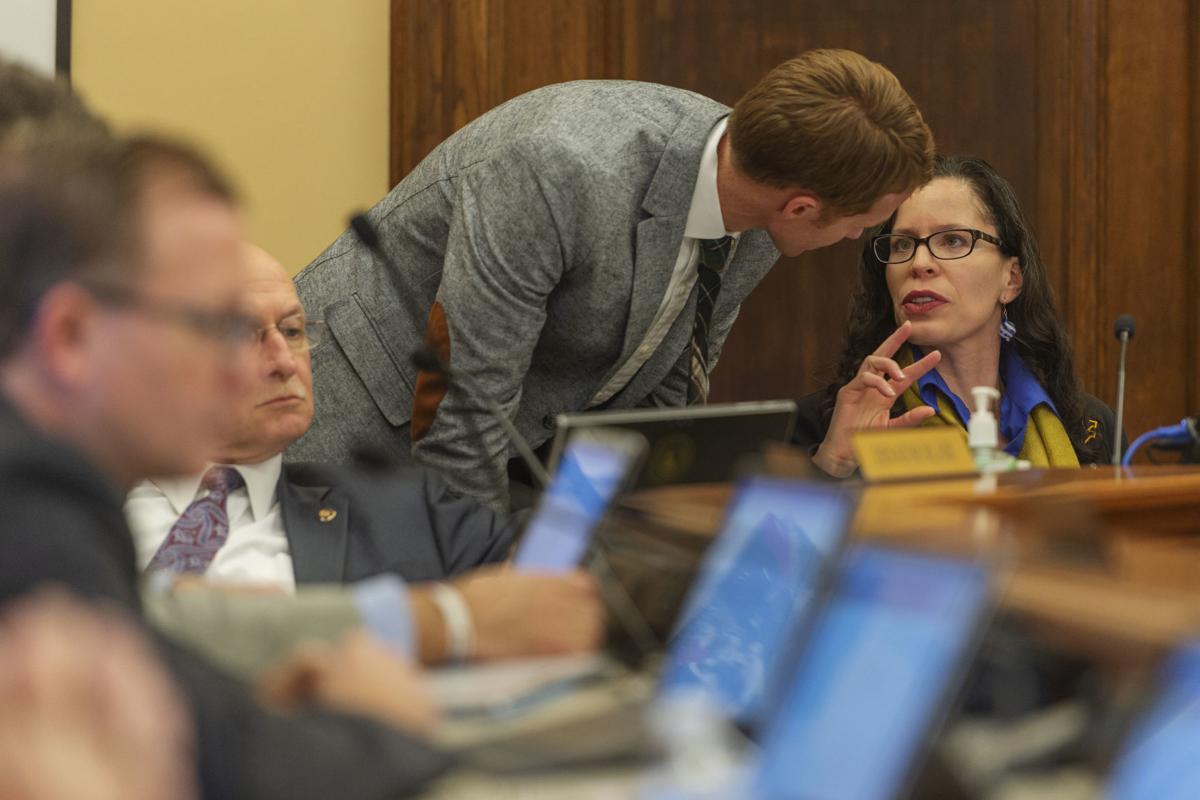 Hank Hager (at podium), counsel for the Senate Education Committee, presents an outline of the committee’s sweeping education bill during a meeting Thursday at the state Capitol.

The West Virginia Senate Education Committee revealed Thursday a draft of its anticipated sweeping education bill, and the chairwoman didn’t rule out the committee possibly voting on it at a 1 p.m. meeting Friday.

The bill, according to Thursday’s discussion, would deliver the school worker pay raises Republican leaders promised a month before the November election, plus provide additional significant funding for school employees and education.

But it would do something that Senate President Mitch Carmichael, R-Jackson, didn’t announce before West Virginians voted to keep his party in power in November. It would bind the raises to changes that could weaken unions and hamper employees’ ability to strike, as they did last year when they faced down Carmichael in West Virginia’s first statewide public school workers strike.

In a move that might concern unions and parents, it would increase the maximum number of students per teacher in grades one through six from 28 to 31.

It also would legalize charter schools and allow for public money to go to homeschooling and religious and secular private schooling.

The draft (it hasn’t been given a bill number yet) wasn’t previously publicly revealed, and Sen. Stephen Baldwin, D-Greenbrier, appeared frustrated over his limited time ahead of the meeting to review it. Senate Education Chairwoman Patricia Rucker, R-Jefferson, said the language is still being worked on.

According to descriptions from Hager and Rucker, the bill combines pay raises and other increased funding that unions support — such as millions more for student support positions, like social workers, and allowing employees to use unused sick days to pay for health insurance during retirement — with law changes unions have fought in the past.

The bill not only links these issues in one piece of legislation — which, once amendments are done, will pass or fail in one up-or-down vote of lawmakers before heading to the governor.

It also contains a “nonseverability” clause. This says that, if the bill becomes law but opponents of some piece of it are later victorious in overturning that piece in court, then “every other provision of this Act shall be deemed invalid.”

It was unclear Thursday if the “Act” is just one part of the bill or the whole thing, including the raises.

The bill also would directly serve to make it harder for public school workers to strike.

Amid the strike, the Republican-controlled Senate reversed course and provided school workers and other state employees a 5 percent pay raise. The nine-day strike then ended.

The legislation would withhold pay if teachers don’t teach for all the days in their annual contracts due to a strike, even if a county superintendent officially closes schools because of the work stoppage. Superintendents last year, saying they feared not having enough workers, officially closed schools statewide for each of the nine school days of the strike.

The bill also would provide $250 tax credits to public and private teachers to buy supplies or training.

“I’d hate to give you information that’s not accurate on it,” Blair said. He said the bill would go through his committee after leaving Senate Education.

Sen. Mike Romano, D-Harrison, pressed Rucker on if and when she plans to cut off debate on the bill in the committee.

“I do truly want to get it vetted and work together,” Rucker said. “Let’s just see how it goes; I don’t really want to tie my hands.”