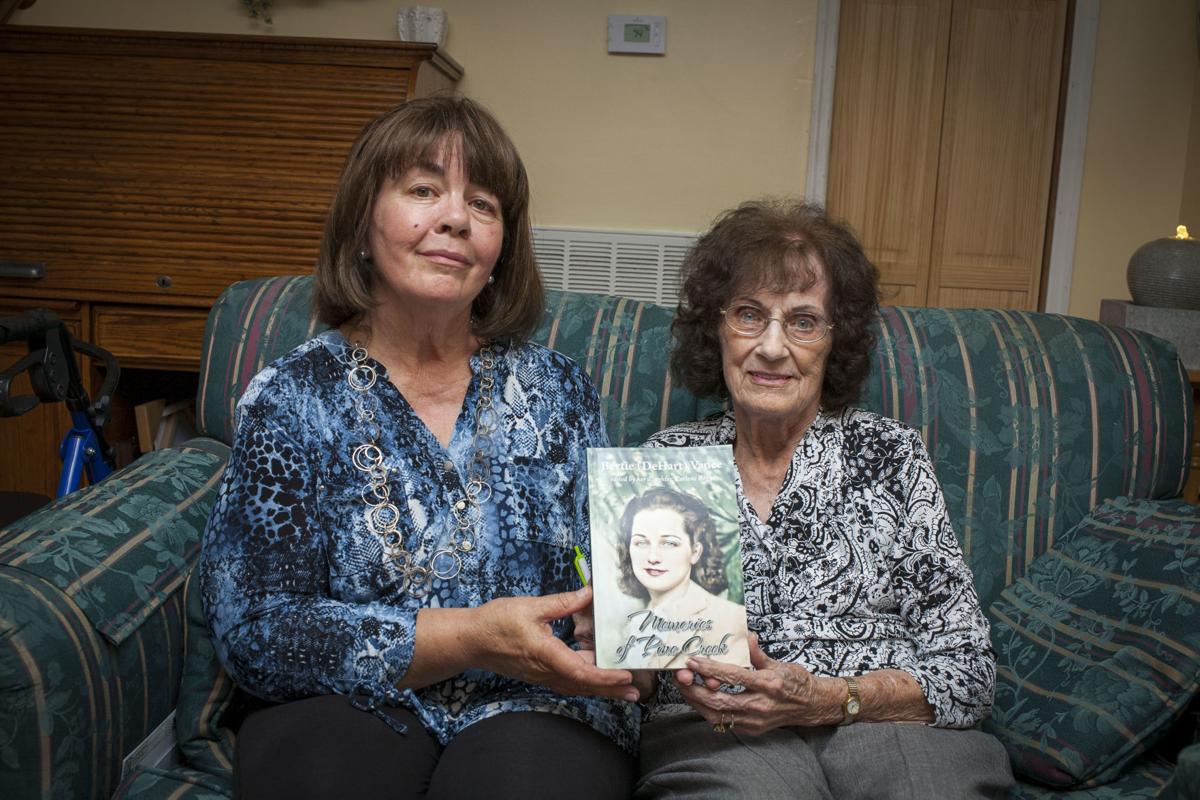 Carlene Mowery Boggs (left) and her mother, Bertie Vance, hold up a copy of Vance’s new book, “Memories of Pine Creek,” at their home in Micco. 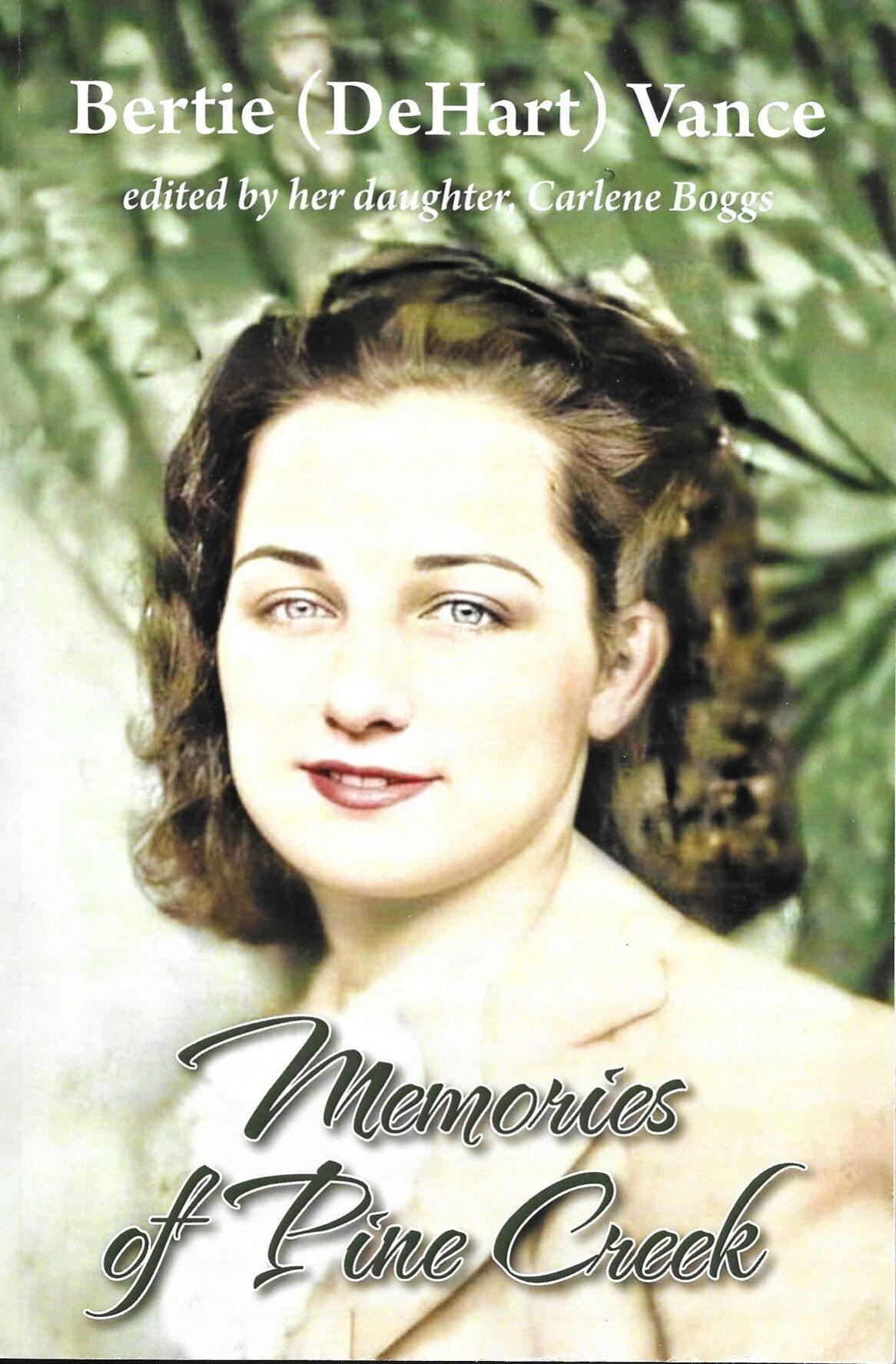 The front cover of “Memories of Pine Creek” depicts a portrait of author Bertie (DeHart) Vance at age 16.

MICCO — For almost five years, Carlene Mowery Boggs would take her elderly mother, Bertie Vance, on a drive through the Logan County community of Pine Creek.

That’s where the 92-year-old Micco resident was born and raised. Each time Boggs took her, she would recall another memory from her younger days. Each time she recalled something, it was written down in a notebook, which eventually was incorporated in a new book titled “Memories of Pine Creek.”

Written by Vance and edited by Boggs, the book chronicles Vance’s life from her earliest memory at 3 years old up to the time she married her late husband, Cornelius Vance. Vance tells numerous stories, from growing up in Pine Creek during the Great Depression, quitting school at an early age and losing her father, Estel DeHart, when he was only 38 years old.

“I didn’t want her sitting in and getting immobile, so I’d take her somewhere often. So most of the time, we went up Pine Creek, and that’s where she was born and raised,” Boggs said. “Each time we went, she would recall something else that she hadn’t told me, and so we kept doing this for years until I thought we had all her memories down. Whenever we got back from the ride, I’d say, ‘Write down what you told me.’”

Born June 24, 1928, Vance was one of seven children and can remember living in an iron building originally used by the coal company to store explosives. She said the family lived in the building until her father built a new home because the house on the property was unlivable.

“We lived down in the camp in Pine Creek and when I was about four years, we moved way up in Pine Creek. There was a Depression going on, so Daddy wanted farmland, and we moved. I remember there was a horse pulled a big sled, a big ol’ homemade sled that had the front turned up and a horse pulled it and mom wrapped quilts around us, and we moved way up in Pine Creek,” Vance said. “The house was full of rats and in bad shape and Daddy said, ‘We can’t live like that,’ and that’s when he moved us out in that iron building, and we lived in that until he tore that house down and built us a new house.”

Personal stories of struggle permeate the book’s 124 pages. At 92, Vance said getting the chance to talk about her experiences through writing the book has helped her become more at peace all these years later.

In later years, Vance worked both as a trainer for the tailors and a salesclerk at Silver Brand Clothes in Logan for 23 years and was treasurer of the Walnut Grove Freewill Baptist Church Sunday School at Chauncey for 55 years. She also once represented the county throughout the state as the 1999-2000 Logan County Belle.

The book is available for purchase at Granny Jack’s at Cow Creek, Hatfield Market and Deli at Switzer, the Logan County Chamber of Commerce at 325 Stratton St. in Logan, and Aracoma Drug in Chapmanville. The book may also be purchased through PayPal by entering carleneboggs48@gmail.com.

“Memories of Pine Creek” is published by The Printing Press, Ltd., a Charleston-based company.

Dylan Vidovich can be

contacted via email at