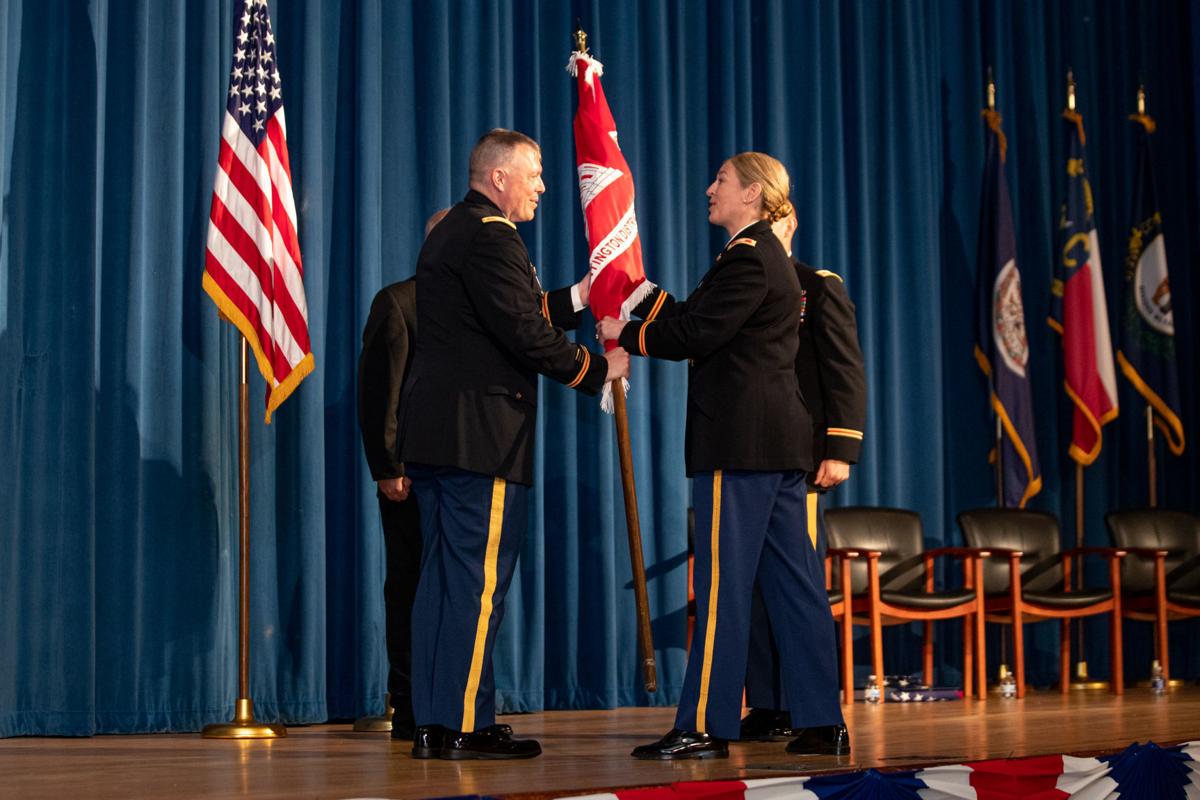 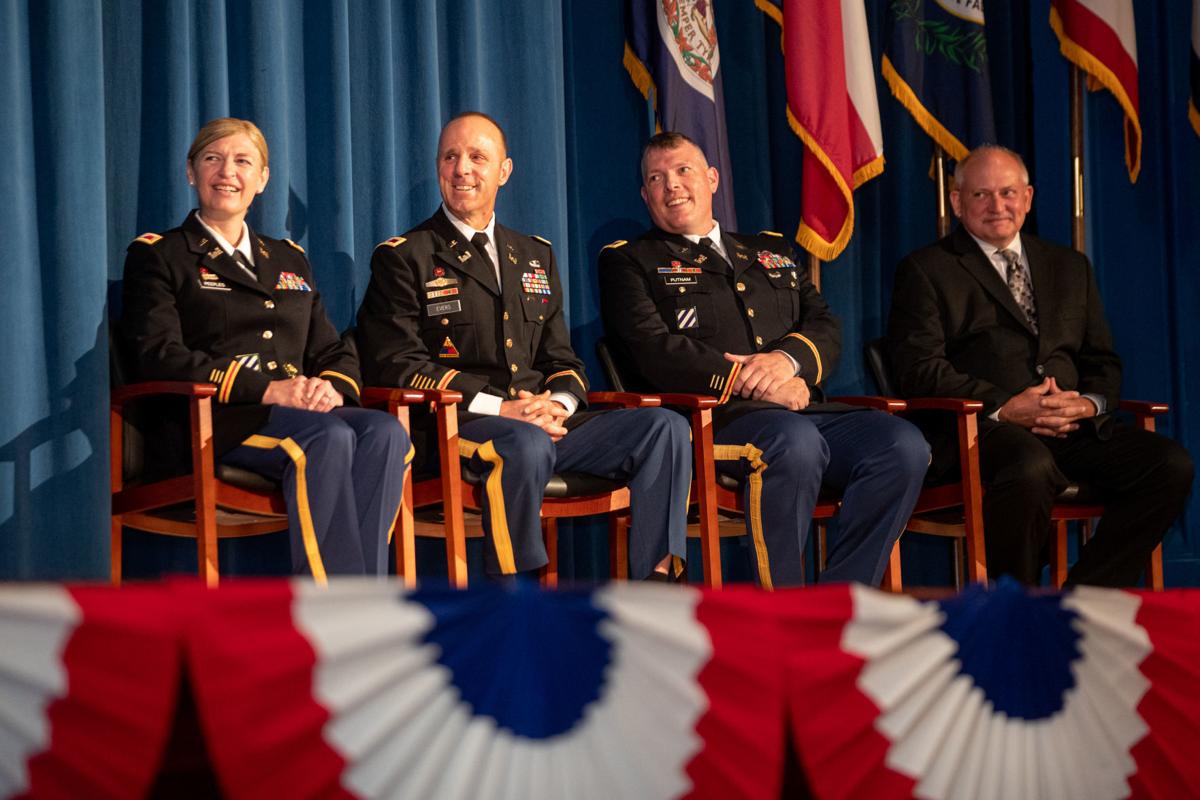 The U.S. Army Corps of Engineers’ Huntington District holds a Change of Command Ceremony on Thursday at the Jean Carlo Stephenson Auditorium in Huntington City Hall. 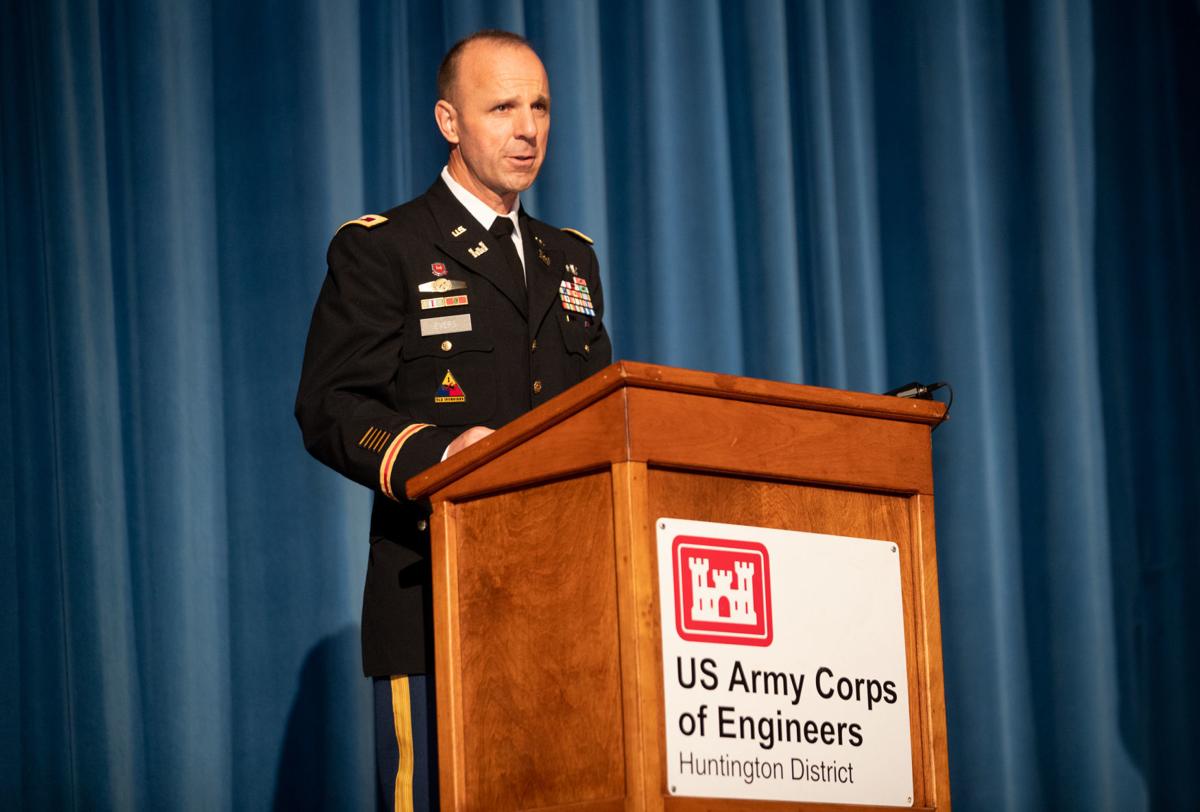 The U.S. Army Corps of Engineers’ Huntington District holds a Change of Command Ceremony on Thursday at the Jean Carlo Stephenson Auditorium in Huntington City Hall.

HUNTINGTON — A new commander is now leading the U.S. Army Corps of Engineers’ Huntington District following a change of command ceremony Thursday morning at the auditorium in City Hall.

Evers thanked the district’s hundreds of employees for their dedication and service to their country.

“We challenged ourselves to take risks, to set aggressive goals and reinvent our project and program delivery process,” he said. “I challenge each and every one of you to keep pushing those boundaries. We have really just begun to scratch the surface of all we can do. We can’t stop improving.”

Evers is retiring from the U.S. Army and moving to Spokane, Washington.

Putnam complimented and thanked Evers for making it easy for him to make the transition as the new commander for a district that oversees locks, dams and levees along 311 miles of the Ohio River and its tributaries. Its area of responsibility encompasses 45,000 square miles in five states — West Virginia, Kentucky, Ohio, Virginia and North Carolina.

“I always thought Huntington sounded like a neat place, never thinking one day I would be standing here,” Putnam said.

He comes to Huntington after serving at the Corps of Engineers’ headquarters in Washington, D.C.

Putnam added that he is eager to work alongside those at the Corps of Engineers in Huntington and getting to know them.

The custom of acknowledging a change in commanding officers emphasizes the continuity of leadership and unit identity.

Despite changes in individual authority, it symbolizes the transfer of command responsibility from one individual to another, according to the Corps.

The transfer is physically represented by the passing of the colors — the tangible symbol of the unit — from the outgoing commander to the senior commander and then to the new commander.

The district’s mission is to operate and maintain 35 multipurpose reservoirs and nine locks and dams, providing flood damage reduction, commercial navigation, recreation and water supply while protecting the environment.

The district is involved in planning, design and construction efforts that address replacement of outdated navigation structures on the Ohio and Kanawha rivers, dam safety measures at operating projects in central Ohio and southern West Virginia, other significant water resource challenges and emergency management.

The Huntington District was formed July 1, 1922, and now has more than 1,000 civilian employees.

The US Army Corps of Engineers Huntington District holds a Change of Command Ceremony on Thursday, July 15, 2021, at the Jean Carlo Stephenson…