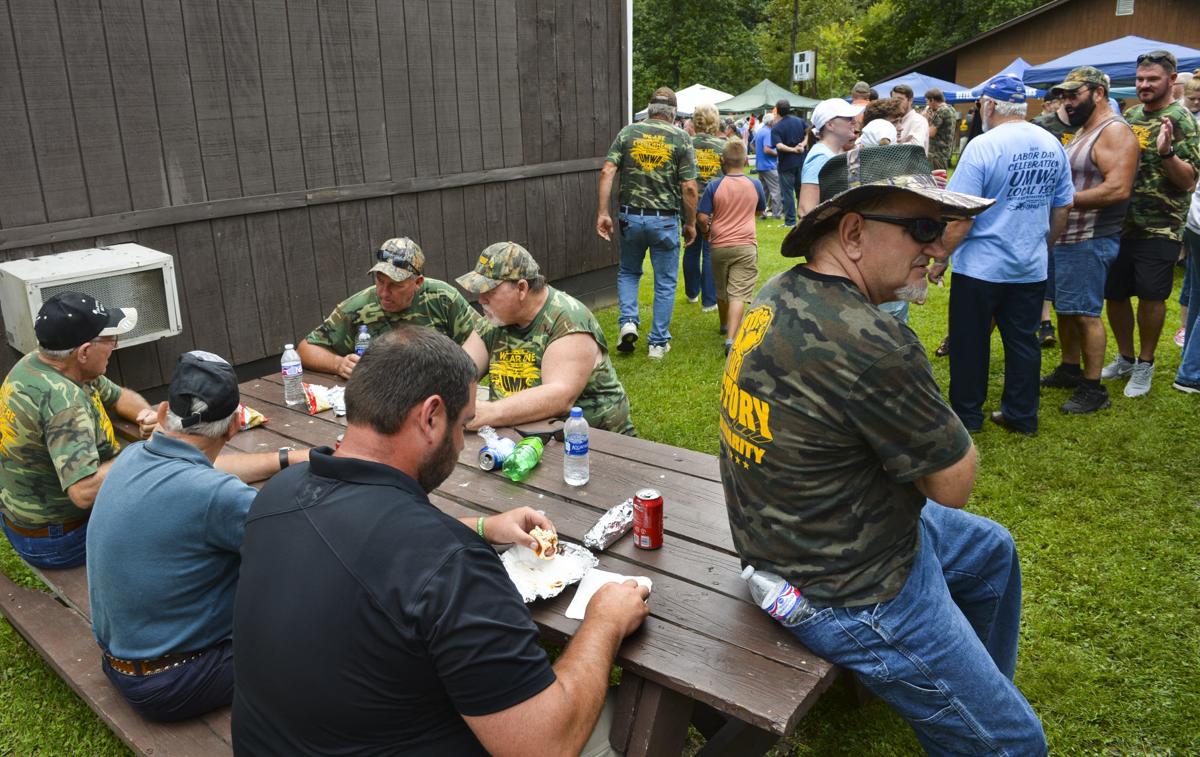 Members of the UMWA gather Monday for their annual Labor Day Picnic in Racine. 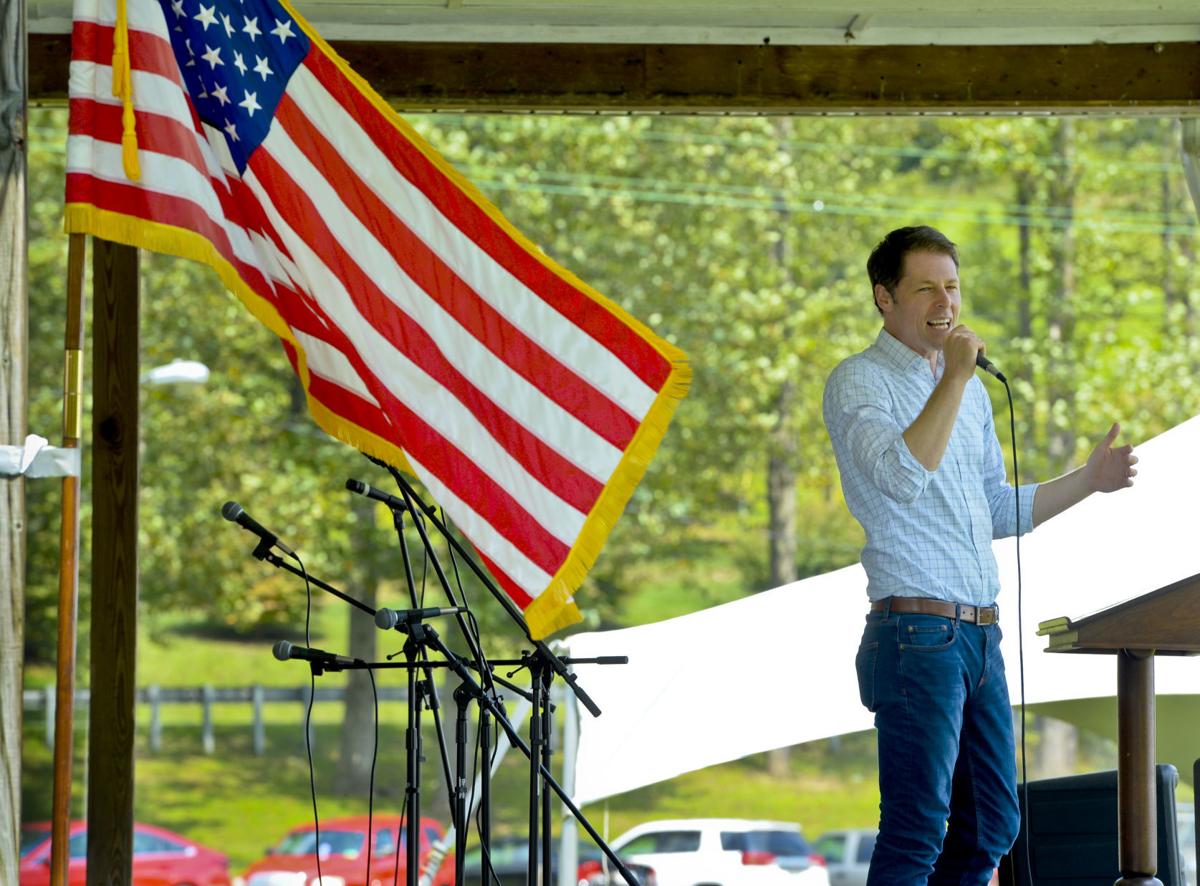 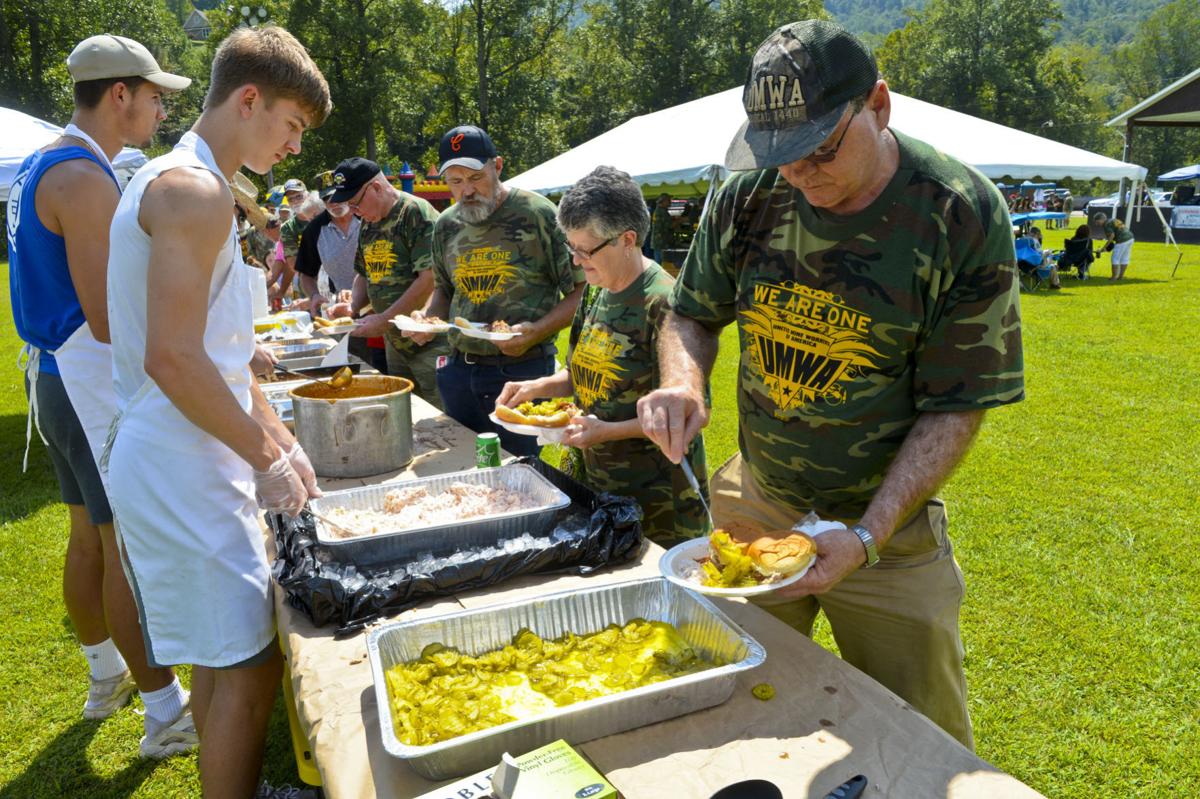 Miners are treated to a pig roast at the annual United Mine Workers union picnic in Racine on Monday. 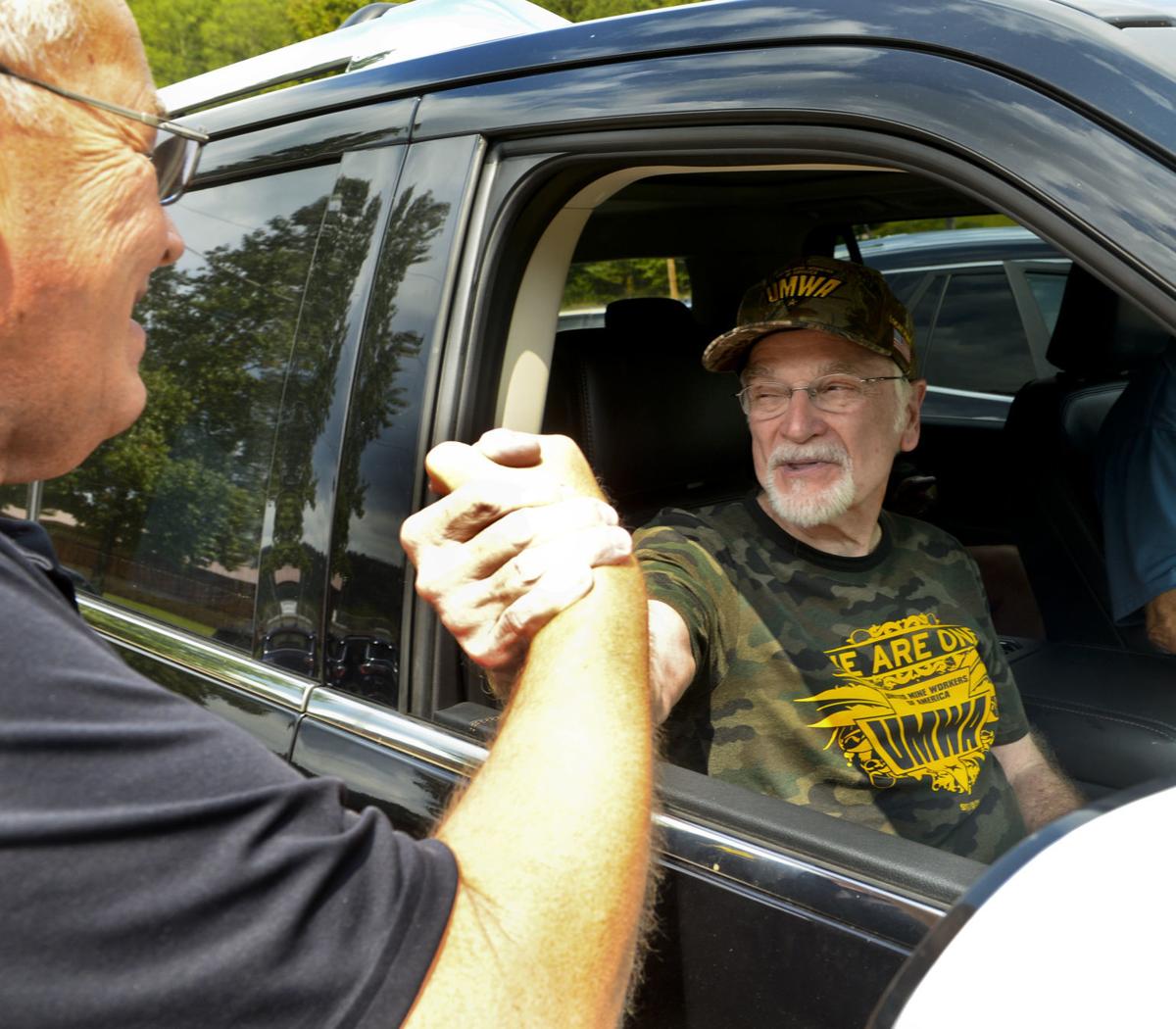 Members of the UMWA gather Monday for their annual Labor Day Picnic in Racine.

Miners are treated to a pig roast at the annual United Mine Workers union picnic in Racine on Monday.

RACINE — It was a question on everyone’s minds.

“What’s Joe going to do?” the emcee for the United Mine Workers of America asked a staffer on stage who spoke in place of Sen. Joe Manchin, D-W.Va.

The question was posed tongue-in-cheek, but the inquiry has lingered since Manchin first teased the concept in January of leaving the Senate to run for his old role of governor. This comes after winning re-election to a six-year term in 2018.

He has said previously he will lay out his position this fall. Anyone hoping the UMW’s annual Labor Day picnic would put to rest months of armchair punditry and runaway speculation regarding West Virginia’s most powerful Democrat likely left Monday’s rally unsatisfied.

However, a spread of other statewide Democrat hopefuls and legislative candidates took to the stump Monday to vie for the unions’ political support in 2020.

Smith spoke to a crowd of union members and their families and officials from the UMW, as well as education and communications union workers in the crowd. He touted running a unionized staff (the first in state history for a campaign, he said), a pledge to deny “corporate cash” to his campaign and a pledge to roll back legislation like West Virginia’s right-to-work law.

Should Manchin enter the gubernatorial race, Smith would need to deliver the senator his first electoral defeat since 1996 to proceed to the general election ballot. A recent poll estimated that Manchin, who has not announced whether he’ll run but is expected to reveal his plans soon, currently has a 10-point lead over incumbent Republican Gov. Jim Justice.

The poll did not ask respondents about Smith, because he has not formally submitted pre-candidacy papers for governor, according to Rex Repass, who conducted the poll.

Sam Petsonk, who is running for attorney general, took to the stage Monday, as well. He cited his legal representation of miners for Blackjewel LLC to secure back pay and damages in bankruptcy proceedings against the coal company.

“We need an attorney general who has a record of being with working people, and I’ve done it,” Petsonk said. “I’ve brought in millions of dollars in judgments and settlements on behalf of hundreds of coal miners across this state. That’s what our state should be doing for us ... and we don’t have that right now.”

Levi Billiter is a union teacher running against Senate President Mitch Carmichael, R-Jackson, who the unions see as a villain in the wake of several legislative battles on education and labor issues.

Billiter, speaking at an out-of-district event, asked for financial help and volunteers from those in attendance, and reminded them of the stakes. He said he went on strike with other teachers and school service personnel in 2018 and earlier this year. He added that, after dealing with enough “garbage” in Charleston, it’s time for a change.

“Here’s our goal: It’s not so much just to ditch Mitch, it’s to replace him,” Billiter said. “We can’t wait for another candidate just like him to come along.”

Beyond the politicians on Monday, union officials from the UMW, American Federation of Teachers, AFL-CIO and beyond spoke, as well.

“I still believe in what you stand for today,” said Joe White, executive director of the West Virginia School Service Personnel Association. “I believe that our way of life in the workforce has been improved and is better due to what the unions have done and the vision that the unions have had throughout history.”

In a twist on this year’s rally, UMW National President Cecil Roberts walked 11 miles from Marmet to Racine for the rally. He and others made the trek to commemorate the Blair Mountain March, in which 13,000 unionized miners left from Marmet and marched past Racine toward Logan and Mingo counties. That walk led them to the Battle of Blair Mountain, a bloody cornerstone in West Virginia history and the largest labor uprising in U.S. history.

CLARIFICATION: An earlier version of this story was unclear about which miners attorney general candidate Sam Petsonk has represented.