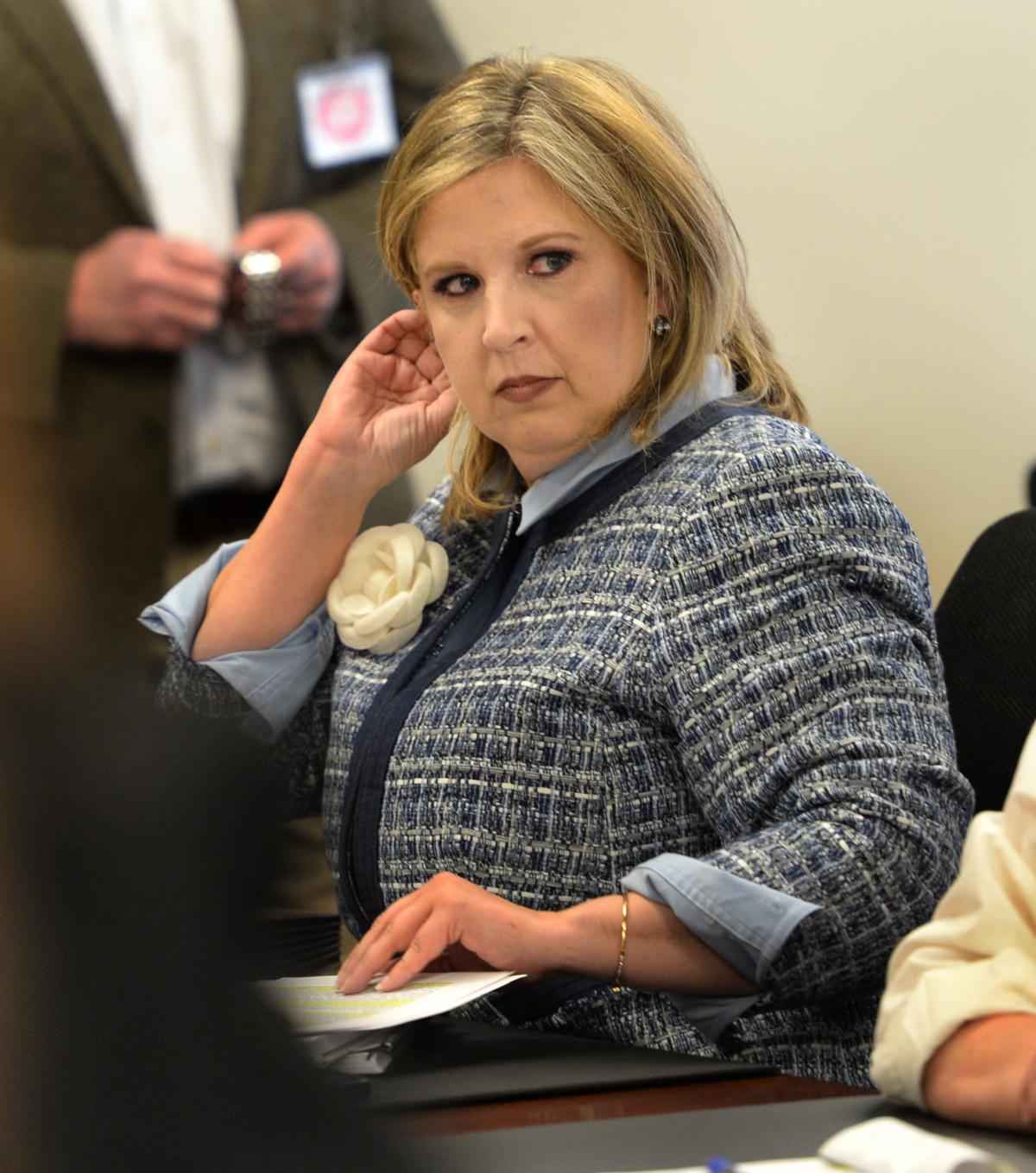 Chief Administrative Law Judge Rebecca Roush, of the Workers’ Compensation Office of Judges, listens as an attorney for the Offices of the Insurance Commissioner argues in favor of firing her. 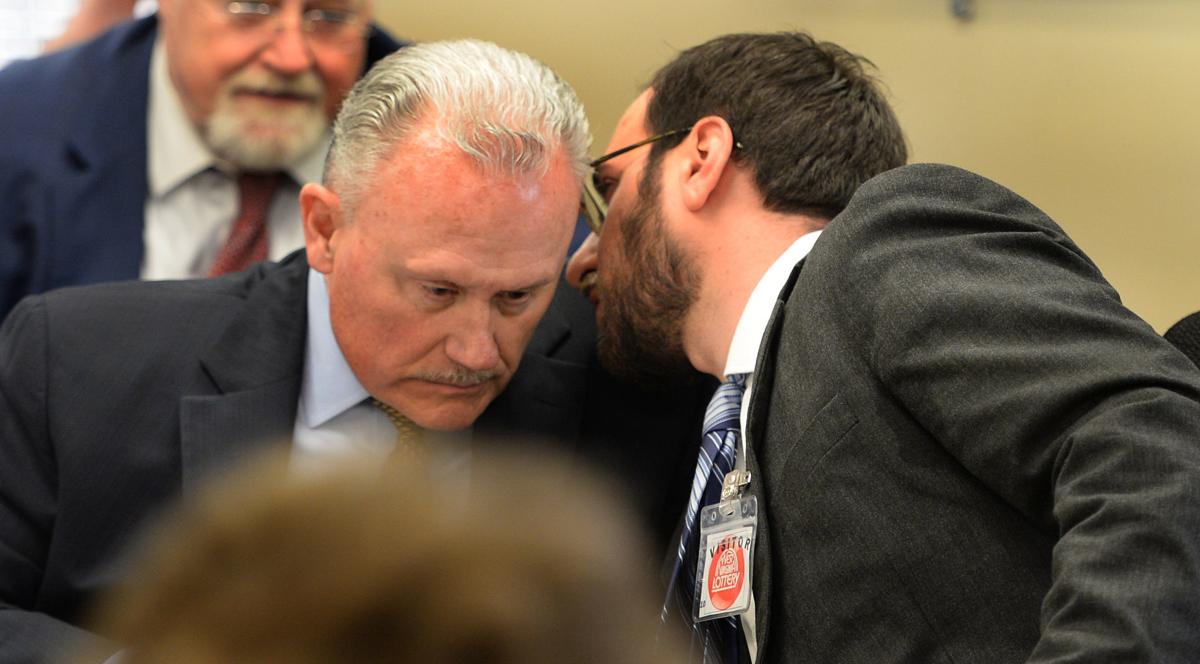 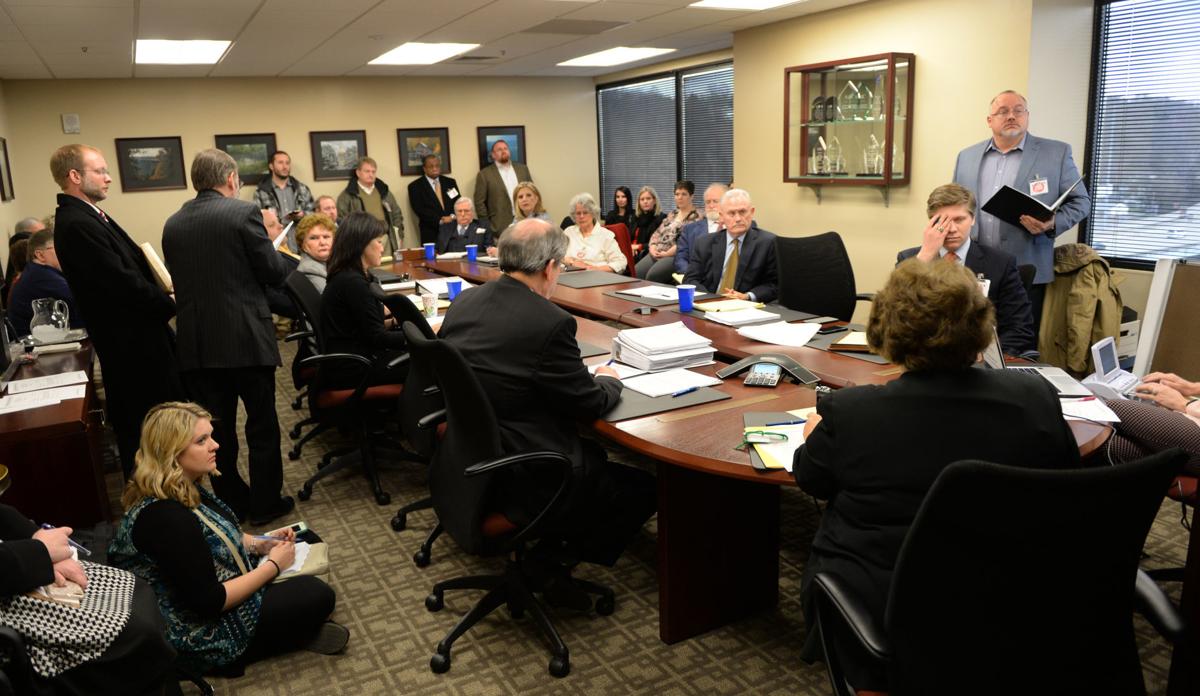 Chief Administrative Law Judge Rebecca Roush, of the Workers’ Compensation Office of Judges, listens as an attorney for the Offices of the Insurance Commissioner argues in favor of firing her.

A push to fire West Virginia’s top workers’ compensation judge came to an end after a three-hour meeting on Thursday afternoon, when a council voted unanimously to keep Judge Rebecca Roush in her position.

Roush has served since 2008 as the chief administrative law judge for the Workers’ Compensation Office of Judges. The agency handles appeals of workers’ compensation claims.

State Insurance Commissioner Allan McVey suspended Roush without pay on Dec. 22, alleging that she created a hostile work environment in her office of more than 40 employees.

Attorneys for McVey and Roush argued their positions during a public meeting of the Workers’ Compensation Industrial Council on Thursday. The council then went into a closed executive session to discuss the judge’s possible termination. The council returned after about an hour.

Council members voted not to remove Roush, but rather to verbally admonish her.

“The Industrial Council would instruct Rebecca Roush to interact with the employees in her office with respect, and to cooperate with the insurance commissioner on all the tasks which affect both offices,” said Debra Scudiere, a member of the council.

McVey remained silent as attorney Michael Taylor spoke on his behalf during the meeting. Taylor said he wanted to address a pattern of retaliation and humiliation that Roush allegedly imposed on her employees.

“The fact of the matter is, this is a bully, and this bully should not be returned to the workplace,” he said.

In one email to an employee, Roush said, “If you are going to challenge my Ethics, I would hope you would have something more than an unsubstantiated allegation that you spread around like rumor. I very much don’t appreciate it. I will worry about my Ethics, perhaps you should worry about your own.”

In another email, Roush asked an employee whether he or she had talked to others about a private conversation.

When the employee denied having spoke with other staff members, Roush wrote, “Perhaps it is something you can think about overnight and we can discuss it first thing tomorrow.”

The tipping point came after McVey received notice of a Facebook message that Roush supposedly sent to an employee, who recently filed a grievance against the chief judge.

She has continually denied sending the message, and she said State Police are investigating whether the message is real, though no conclusion has been reached.

The commissioner’s office also highlighted several past grievances against Roush.

In 2012, an employee said she was the victim of “increased scrutiny and veiled threats.” The grievance was settled and the employee left her job. Years later, Roush was accused of demoting an employee after a disagreement. The employee then declined to pursue a formal grievance

He said Roush acted appropriately as the chief administrative law judge, and that her ultimate goal was to get claims finished in a timely manner.

“You can’t be an administrator without … kicking ass and taking names,” Neely said.

About 35 people attended the meeting on Thursday. Ten people came in support of Roush, and they shared in hugs and tears after the council announced its decision.

During the meeting, Roush said there have been disagreements in her office. She then defended her right to be disappointed or frustrated with other people.

“Why is my position as the leader of this office not respected and given the weight that it’s due?,” she said. “Is it because I’m female? I would say yes.”