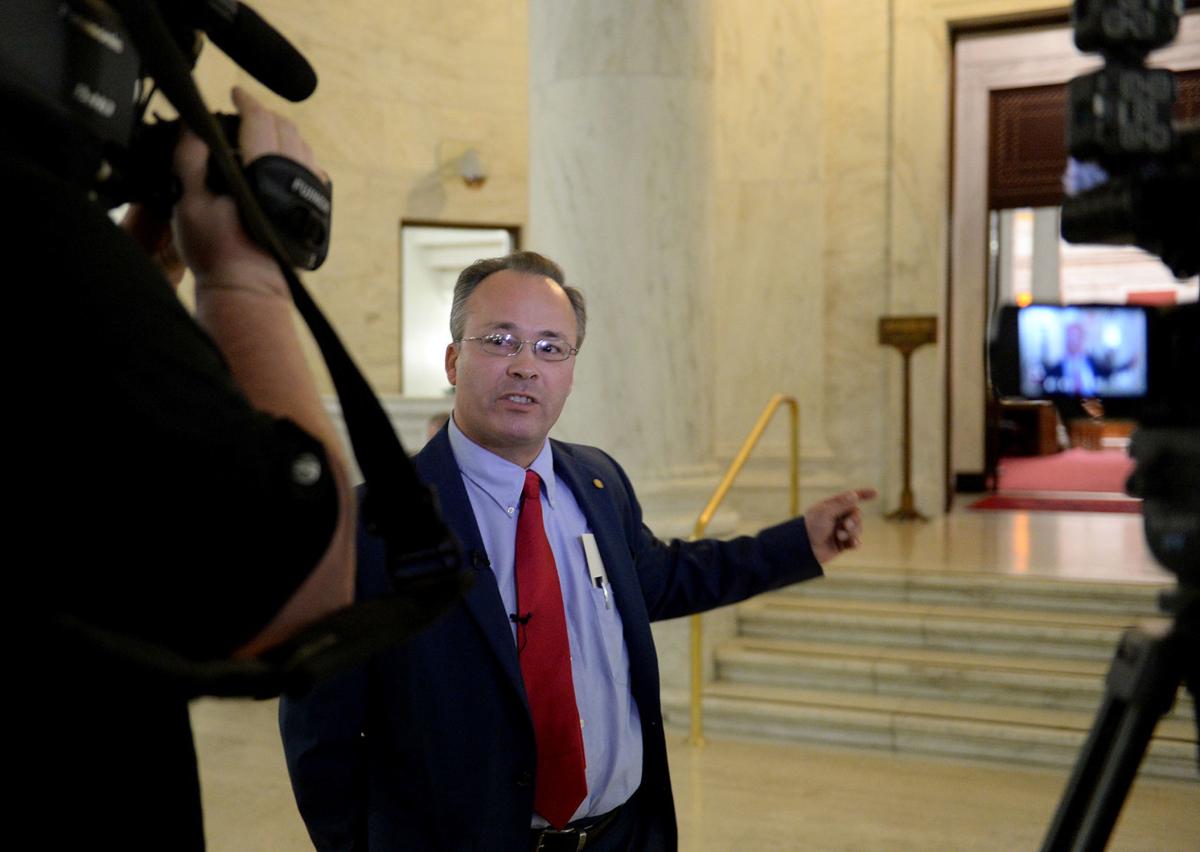 Outside the House of Delegates chamber Tuesday, former Republican delegate Mike Folk announces his intention to challenge Gov. Jim Justice in the 2020 election. 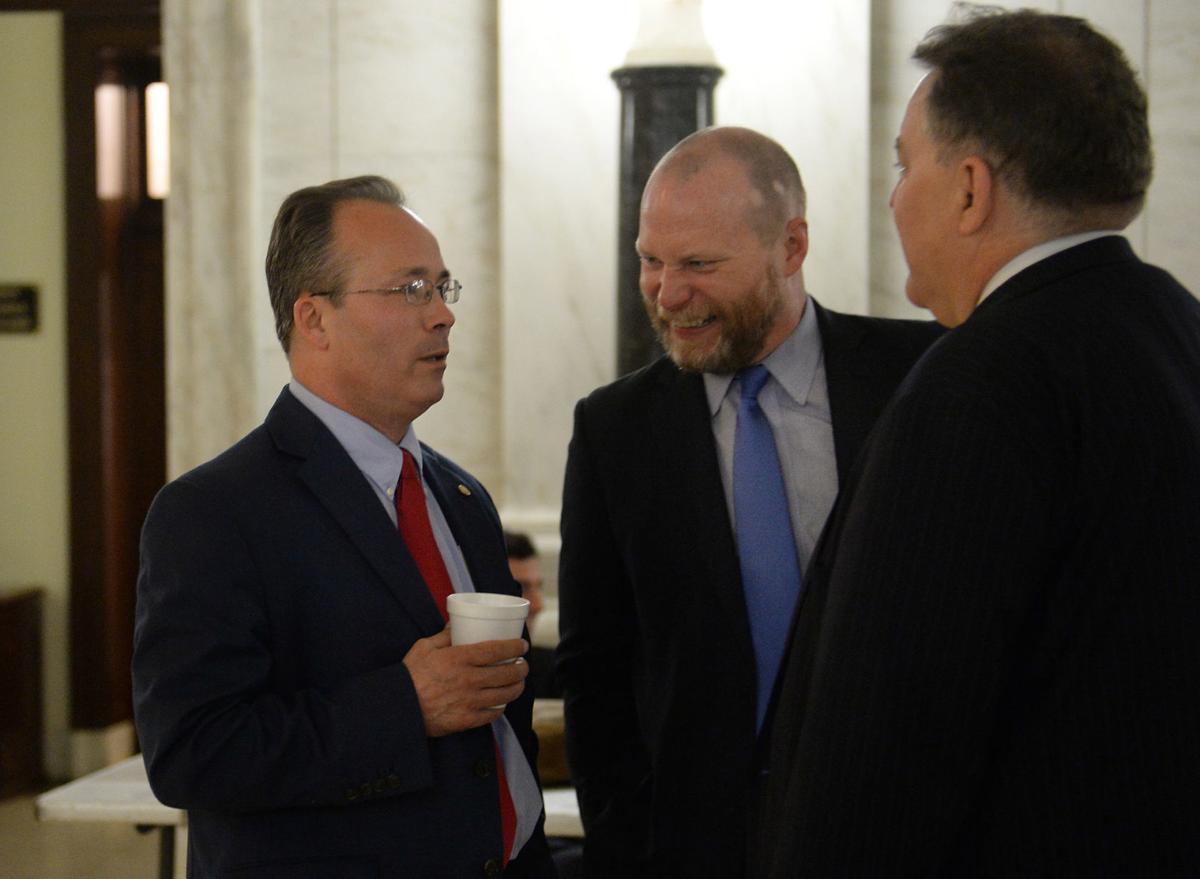 Outside the House of Delegates chamber Tuesday, former Republican delegate Mike Folk announces his intention to challenge Gov. Jim Justice in the 2020 election.

Ex-delegate Mike Folk, a Berkeley County Republican, stood in front of the House of Delegates chambers to issue his challenge against Democrat-turned-Republican Gov. Jim Justice.

“I’m here today to tell you that I’ve decided to run against the sitting governor, Jim Justice, because he has been a traitor to the truth and dishonest with West Virginia from the very start,” Folk said.

Folk criticized the governor for campaigning on a promise of not raising taxes, then proposing a budget in 2017 that contained $450 million in new taxes. Folk cast himself as a legislator who built up respect on both sides of the aisle and Justice as dishonest.

“He’s been both a traitor to the Democrats and a traitor to the truth since the day he ran for office,” Folk said. “It doesn’t matter what party you are. He’s lied to us West Virginia people multiple times.”

Butch Antolini, an official spokesman for the governor, said last month that he did not know who’s working on Justice’s campaign to refer to for comment. He didn’t respond to an email Tuesday. Drew Constable, executive director of the West Virginia Republican Party, said Tuesday that he didn’t know who is running the Justice campaign, either.

Folk first won election to the House in 2012, and won two subsequent bids. In 2018, he lost a state Senate race to Sen. John Unger, D-Berkeley.

At his announcement Tuesday, Folk pointed to instances in which he defected from his own party as proof of his principled approach to governance.

An example: In 2017, then-GOP House Speaker Tim Armstead ousted Folk from his vice chairmanship of a minor House committee after Folk challenged Armstead’s ruling from the House floor. At the time, Folk was seeking to exempt the taxation of Social Security income from certain retirees, which has emerged as a bipartisan priority this year.

Folk found himself in the national spotlight when he wrote a post on social media seemingly calling for the public hanging of then-presidential candidate Hillary Clinton.

Justice announced his intention to seek re-election in January. Community organizer Stephen Smith announced his plans to run as a Democrat in November.