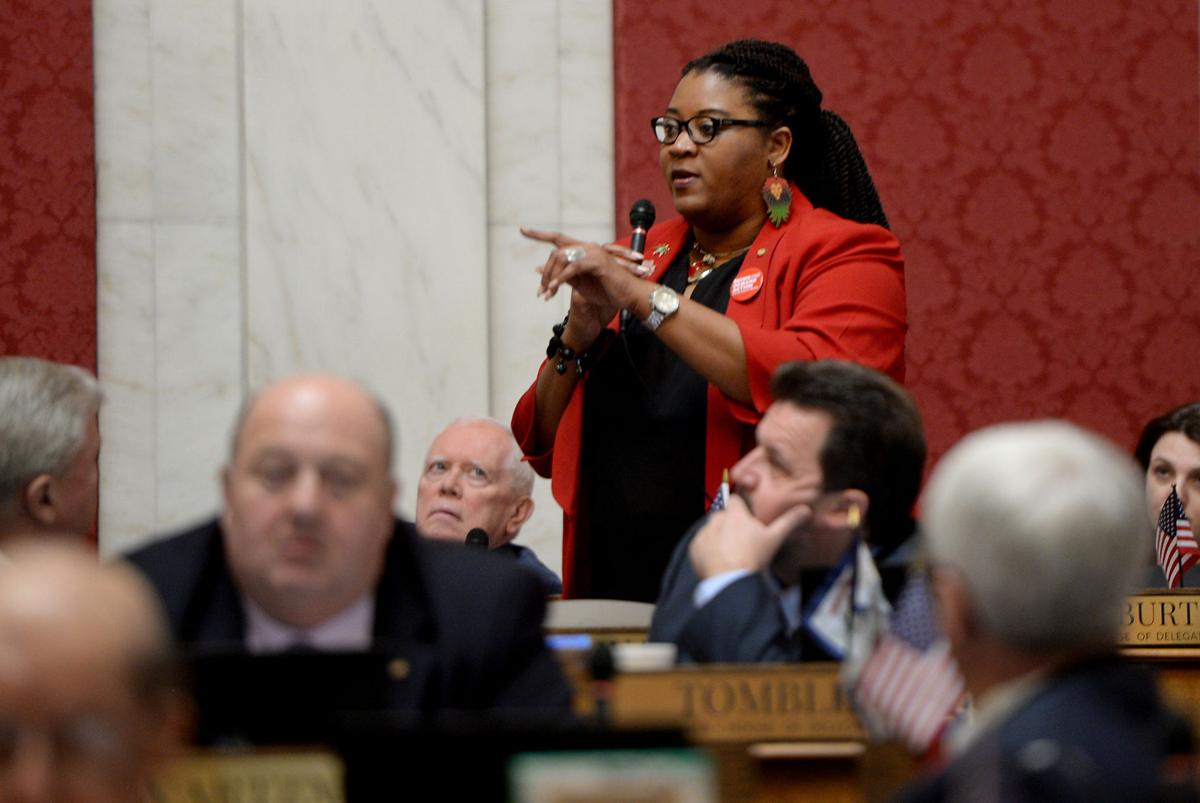 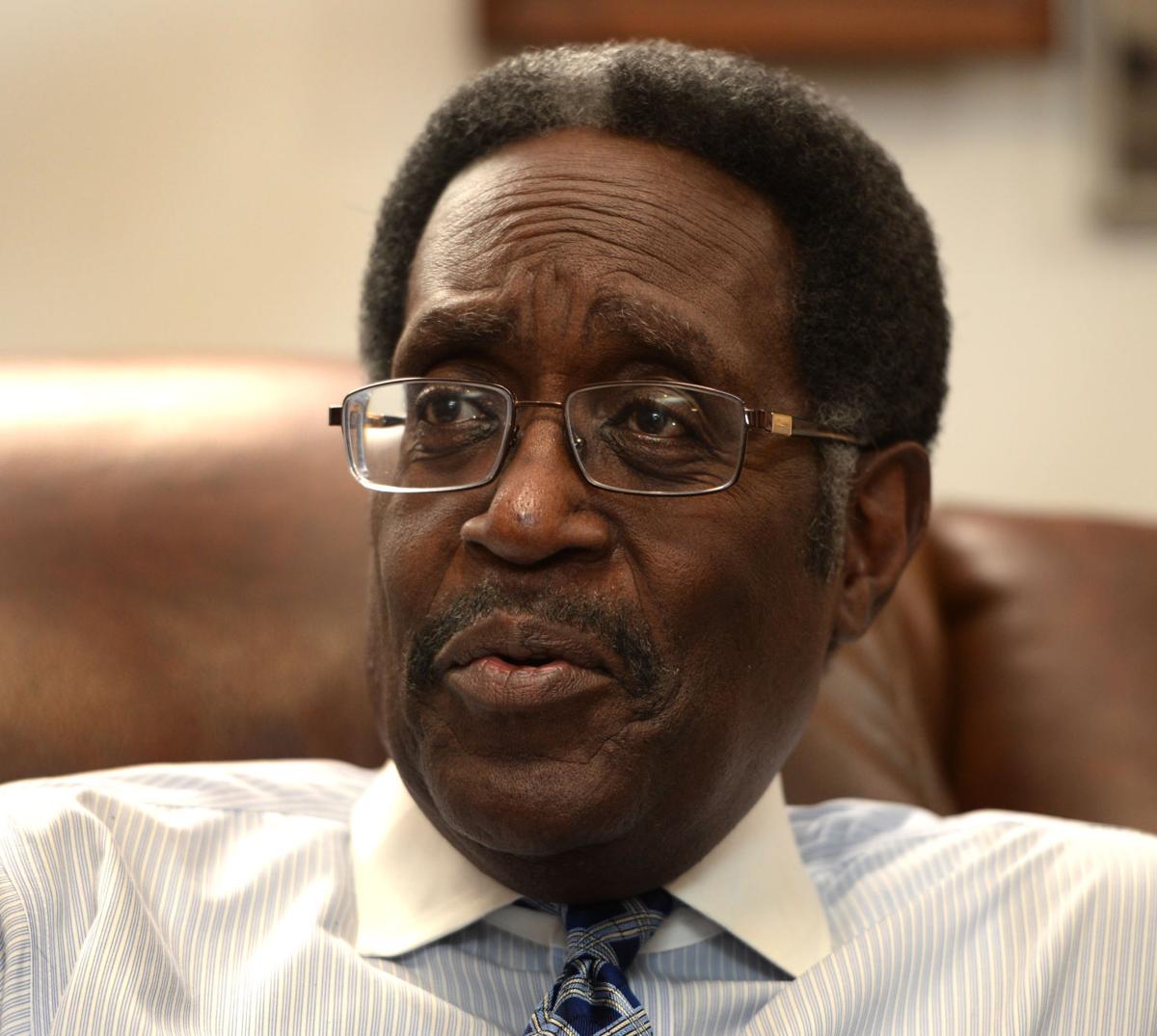 Black leaders in the state are calling out the 17 Republican state senators who accused West Virginia University football players of promoting a domestic terrorist organization for wearing “BLM” stickers on their helmets this season.

David Fryson, former WVU vice president for diversity, equity and inclusion, said by phone that he is proud of players for taking a stand against racial injustice and credited the university for having its players’ backs. Fryson said the letter the senators wrote shows how little these lawmakers care for Black West Virginians.

“For those members of the West Virginia state Senate to come out against it, to me, is just indicative of the lack of respect that these Republican senators pay to the African American community,” Fryson said.

“The fact that the Legislature, who does so very little to nothing at all for people of color, to spend this type of time in the midst of a pandemic is just an atrocious use of time and a disrespect for African Americans throughout the state.”

The West Virginia Legislature has not called itself back into session for the entirety of the pandemic, which it can do with two-thirds approval from each chamber. Delegate Danielle Walker, D-Monongalia, said it’s telling that state senators chose to speak out against this issue.

“It’s very, very compelling that we had the votes in the House side to call ourselves back for a special session but we did not have the support in the Senate side,” Walker said. “So, I want to know, when did the senators have time for a caucus but they don’t have time to govern?”

The letter, authored by Sen. Eric Tarr, R-Putnam, and co-signed by 16 other senators, also addressed recent comments by a Marshall University professor who said she wishes all President Donald Trump supporters would get COVID-19 and die before the Nov. 3 election. Tarr wrote that he was disturbed to see WVU and Marshall, which are public schools, promote the “very same hate speech” as the language causing riots in American cities.

Tarr did not respond to requests for comment for this report.

Walker, one of West Virginia’s four Black lawmakers, said she does not wish COVID-19 or death upon anyone. The professor’s comments don’t change the racial or political motivation behind the senators’ letter, she said.

Tarr claimed the stickers were bought using taxpayer money, but WVU said in a statement that allegation is not true.

Rick Martin, president of the Charleston branch of the NAACP, said the senators failed to understand the difference between Black Lives Matter, the global organization, and the statement “Black lives matter.”

“It’s not like Black Lives Matter is being promoted as an organization. Nobody is asking for donations, for money to be contributed to advance the organization,” Martin said. “The essence of what’s being stated, is simply the meaning behind the words ‘Black lives matter.’ ”

Martin, who has advocated for closing the health disparities in West Virginia’s most impoverished communities for years, took issue with where these senators’ priorities are.

“How the members of the Legislature, in the midst of a pandemic, can be silent over significant issues, such as health disparities and poverty that is certainly exacerbated by this pandemic, but you hear nothing from them with respect to these issues — it is just unconscionable,” Martin said. “It’s beyond insulting when you consider the fact that life and death is weighing in the balance.”

Fryson said that, with Election Day less than two months away, senators facing tough reelection challenges saw an opportunity to weigh in on a red-meat issue for Republicans.

“It seems to me that they’re playing to a racist base, and they need to be called out for it. This is racism at its core value. ... We’re talking about a sticker on a football helmet and they’re making it out to be like these young men have made some radical statement points; literally this is happening all over the nation.” Fryson said. “To my mind, this was a cheap political ploy.”

Walker said she attended a Black Lives Matter march in Preston County on Sept. 12, where they were met by a group of counter-protesters — one wearing a shirt with an “SS” logo, standing for the Nazi police force. Walker said she’s curious where these senators draw the line on what racism needs to be condemned and what doesn’t.

“We must be uncomfortable for the moment to have this hard conversation. So why is it OK for our elected officials to pick and choose their comfort level of addressing different issues?” Walker said.

“I stand with West Virginia University and its athletes. At no point ever have I been to a march or a rally or a protest where anyone yelled in the crowd, ‘only Black lives matter,’ ” she said. “When we say ‘Black lives matter,’ we know all lives matter. But we need some help right now, because Black lives are becoming an endangered species.”

Fryson noted that he also took issue with the letter because, he said, it represents West Virginia in a racist way. Why would recruits want to come to West Virginia only for their elected representatives to demean their lives, he asked.

“And I think West Virginia is better than that,” Fryson said. “I truly believe that they’re playing to a stereotype of West Virginia as being racist, when, in fact, I think we have many people with great goodwill that would take great umbrage with this so-called statement of theirs.”

Martin is hoping the state soon releases a plan that helps mitigate COVID-19’s effects on West Virginia’s low-income communities. He said that, with the Legislature not in town and the Governor’s Office not providing details on exactly how it will move beyond just offering free testing, these communities will continue to be ignored.

“Nothing is being promulgated to address any of the serious health issues exacerbated by this pandemic, beyond testing,” he said. “That’s all you hear.”