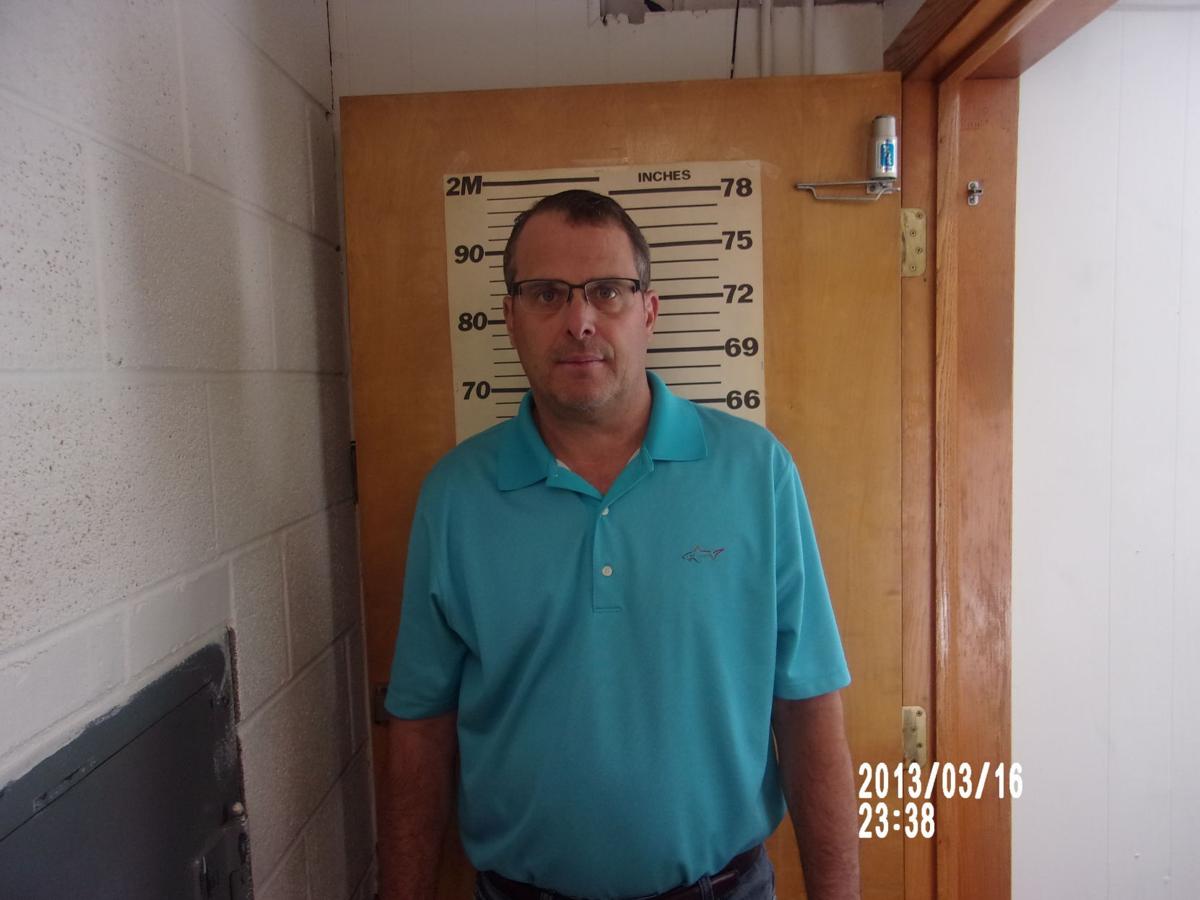 Sen. Mike Maroney, R-Marshall, is pictured in August 2019 after being charged with soliciting prostitution. On Wednesday, Maroney said a new allegation that a police officer witnessed a known sex worker leaving his home is part of an attempt by police to bolster the 2019 case against him and to harm his re-election campaign. 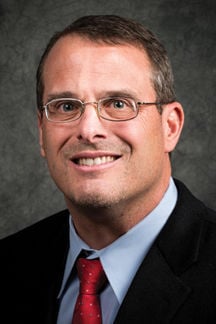 The chairman of the West Virginia Senate Health and Human Resources Committee says the Glen Dale Police Department is trying to connect him with sex workers in Marshall County while prosecutors are “throwing up smoke” in an ongoing prostitution case against him.

Sen. Mike Maroney, R-Marshall, responded to allegations that a sex worker was arrested in August as she drove away from his home by saying officers in the Northern Panhandle city were trying to bolster a weak case against Maroney in Marshall County Magistrate Court and hurt his reelection bid for state Senate.

Maroney, 52, made his case in a letter he sent to The Intelligencer newspaper in Wheeling and in an interview with West Virginia MetroNews radio host Hoppy Kercheval Wednesday morning.

He said the latest allegations against him are untrue and part of an attempt by Glen Dale police officers to coerce statements from women facing misdemeanor charges who believe charges against them might be dropped in exchange for making statements against Maroney to police.

“I don’t know a whole lot about it other than — what I can say here is it’s totally untrue,” Maroney said during the radio interview. “The night they chose to get this fake, coerced, whatever, confession by this girl. I wasn’t even home, and I have witnesses that would state that.”

Maroney is a defendant in a case from 2019 in which he was arrested and charged with maintaining or operating a house for the purpose of prostitution, soliciting prostitution and conspiracy.

Maroney’s arrest was part of a sting on a prostitution ring in Glen Dale, for which eight other men were arrested. Nearly all the other people charged in the ring have since had their cases dismissed or they pleaded guilty and paid a fine, The Intelligencer reported.

Court records show Maroney’s trial in the 2019 case has been delayed three times.

Maroney did not respond to a request for comment from the Gazette-Mail on Wednesday, and his attorney, Paul Harris, was not available Wednesday afternoon.

Glen Dale Police Lt. Mark Martin on Wednesday said he was not aware of the allegations Maroney made against officers until he was contacted by the Gazette-Mail. There are seven people, including Martin, who work for the police department.

Martin said he couldn’t comment on the case involving the woman and Maroney because it still was under investigation. However, he defended the credibility of Glen Dale police officers, saying he has the “utmost belief in the professionalism of my officers.”

“I don’t see our little department trying to sway a state election,” Martin said, noting that his officers collect evidence and write reports but it is up to prosecutors and magistrates to evaluate the relevance and reliability of evidence in a given case.

Brandy Anne Cecil, who Glen Dale Police Officer Gary Myers reported had been “previously identified by law enforcement as engaging in illegal prostitution,” was arrested shortly after she left Maroney’s house on Aug. 5, according to a police report made available to reporters last week. Cecil reportedly told Myers she had known Maroney for about a year and acknowledged that she was at his home. Cecil had two “crisp” $100 bills on her during her arrest and admitted to engaging in prostitution, according to court records.

Cecil was arrested on an outstanding warrant out of Belmont County, Ohio. Neither she nor Maroney have been criminally charged in relation to the events leading up to her arrest.

Now, Maroney, a doctor practicing in radiology and neuroradiology, said the mention of his name in the most recent police report is an attempt to bolster the 2019 case pending against him.

“In the other case, [prosecutors] are throwing up smoke and don’t want to talk,” he told Kercheval on Wednesday. “They charged me over a year ago. It is totally fake and fictitious. They can’t win, because it’s lies and that case is — it’s like ‘Now we’ve got down this river here. We’re kind of in trouble here,’ and they’re trying to get out of it.”

During his radio interview Wednesday and in magistrate court documents, Maroney and his attorney said the case against him is a political ploy in an attempt to affect the outcome of his Senate race against Democrat Josh Gary, a teacher at John Marshall High School.

In July, Marshall Circuit Judge Jeffrey Cramer ordered that the Marshall County Prosecuting Attorney’s Office be removed from Maroney’s case. Cramer also ordered that a special prosecutor be appointed in the case, “to avoid the appearance of impropriety based upon the publicity generated by” Maroney and Harris. Cramer said no one from the Prosecuting Attorney’s Office has made any public comments on the case.

Marshall Assistant Prosecutor Joe Canestraro, who worked on the case against Maroney, is a Democrat member of the West Virginia House of Delegates and is running for Marshall County prosecutor in this election cycle.

On Aug. 5, after Marshall County officials had been removed from Maroney’s case, Canestraro donated $100 to Gary’s campaign for the Senate, according to Gary’s campaign financial disclosure forms filed with the West Virginia Secretary of State’s Office.