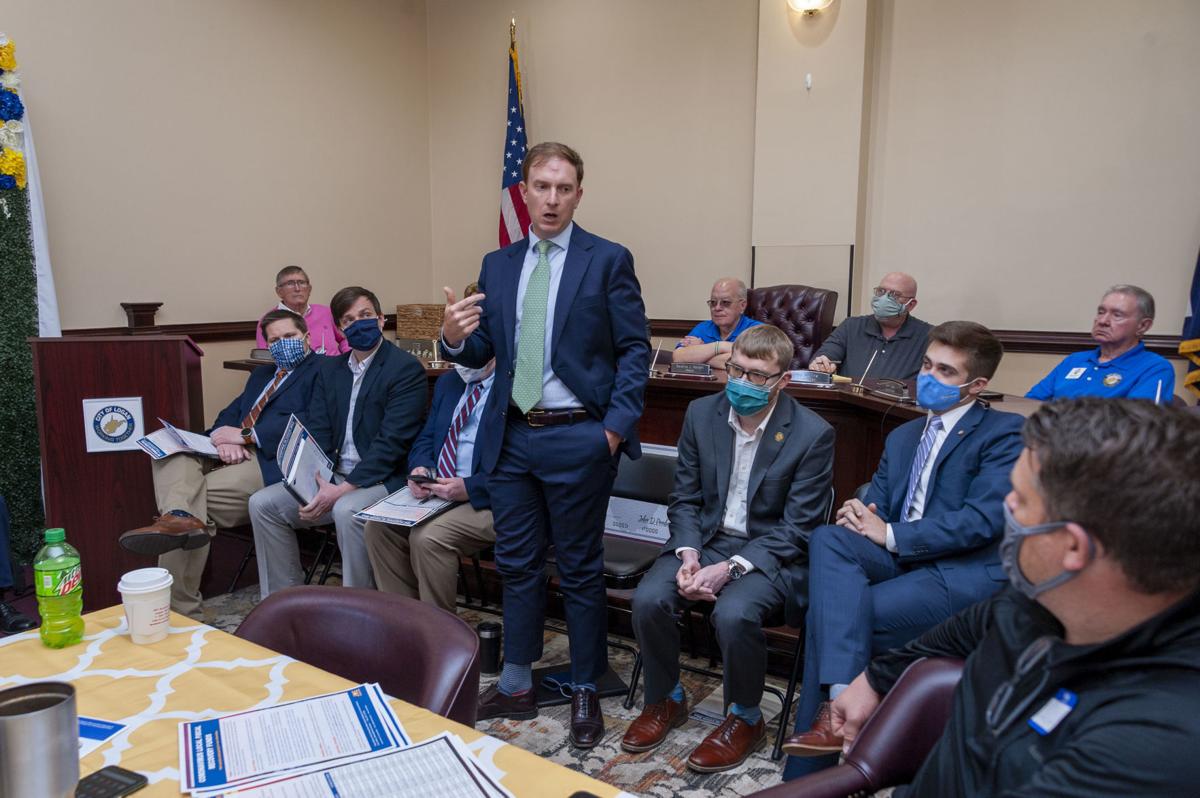 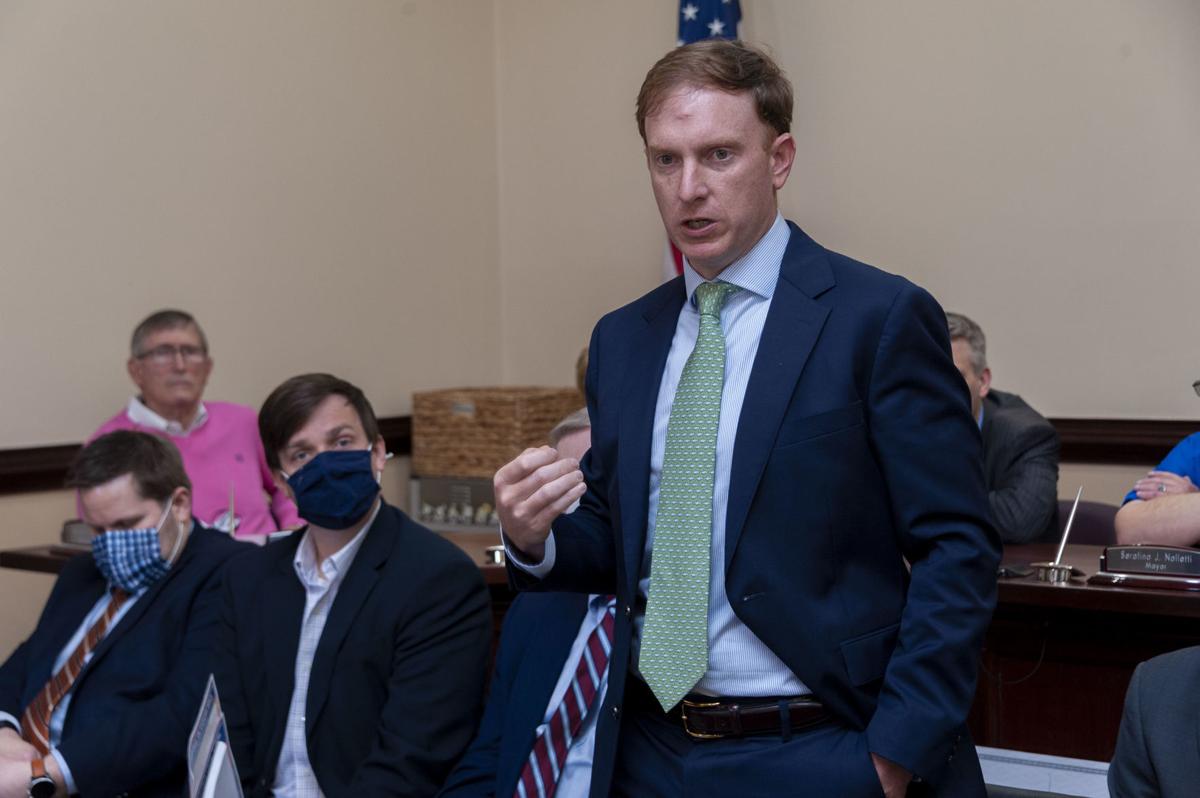 LOGAN — Officials from towns and cities across several counties packed into Logan City Hall last week for a conference with state Auditor J.B. McCuskey and representatives from Sen. Joe Manchin’s office regarding funding from the new federal coronavirus relief package.

West Virginia will receive at least $4 billion from the $1.9 trillion American Rescue Plan, which was signed into law by President Joe Biden on March 11. Of that, approximately $677 million will be allocated to local governments, including municipalities and county commissions.

On Tuesday morning, mayors, council members and various other officials representing the municipalities of Logan, Man, Chapmanville, Mitchell Heights, West Logan, Madison, Danville, Williamson and the Braxton County town of Gassaway gathered in the meeting chambers at Logan City Hall for a conference with McCuskey, representatives from his office and Manchin field representative Mike Browning.

Browning touched on the amount the state stands to receive from the funding and approximately how much for each of the several categories, which includes small business aid, broadband, education, childcare, housing, behavioral health and food assistance.

Browning explained that Manchin’s office will work with McCuskey’s during the rollout of the money.

McCuskey described the money from the bill as having the potential to offer once-in-a-generation changes in local governments. With the help of his office aides, he explained how the money should be accounted for and gave a tour of software called OpenGov, which will be implemented throughout the state over the next several weeks.

McCuskey said the initial package will be like a “souped-up Excel spreadsheet” while every local government gradually gets online to the full system. He noted training will soon be available.

Much like the WV Checkbook program, OpenGov will log every expenditure related to the American Rescue Plan. This software, however, will not be voluntary, McCuskey said.

“I hate to say this it this way, but we really like to do things on a voluntary basis. We like to give people the ability to do things and give them really great tools, but this one’s not going to be voluntary,” McCuskey said. “This is going to be something that is going to be part of the audit standard of our office. It will be a finding on your audit if you don’t use this system. This particular day and age, this has to be done by everyone.”

McCuskey said that every city and county will have a special revenue account created, and all spending will be reported to the Auditor’s Office in real time. The idea, he said, is to provide transparency to the public as well as make the accounting easier for the local governments.

Anthony Woods is the director of program oversight for the Auditor’s Office.

“What our goal here is, is to allow you guys to use this money and do what you need to do, which is administer these projects, and not be tied up with thousands of reams of paper and record keeping,” Woods said.

Counties and municipalities are set to receive their first checks from the American Rescue Plan in about three weeks. As of right now, the guidelines say the money has to be spent within three years, and it can be used for pandemic losses or capital projects.

Towns and cities will receive funding based on data compiled from the U.S. Department of Housing and Urban Development for the fiscal year 2020 and 2019 census data. Estimated funds to be received by local municipalities are:

HD Media news reporter Dylan Vidovich can be contacted via email at dvidovich@HDMediaLLC.com.