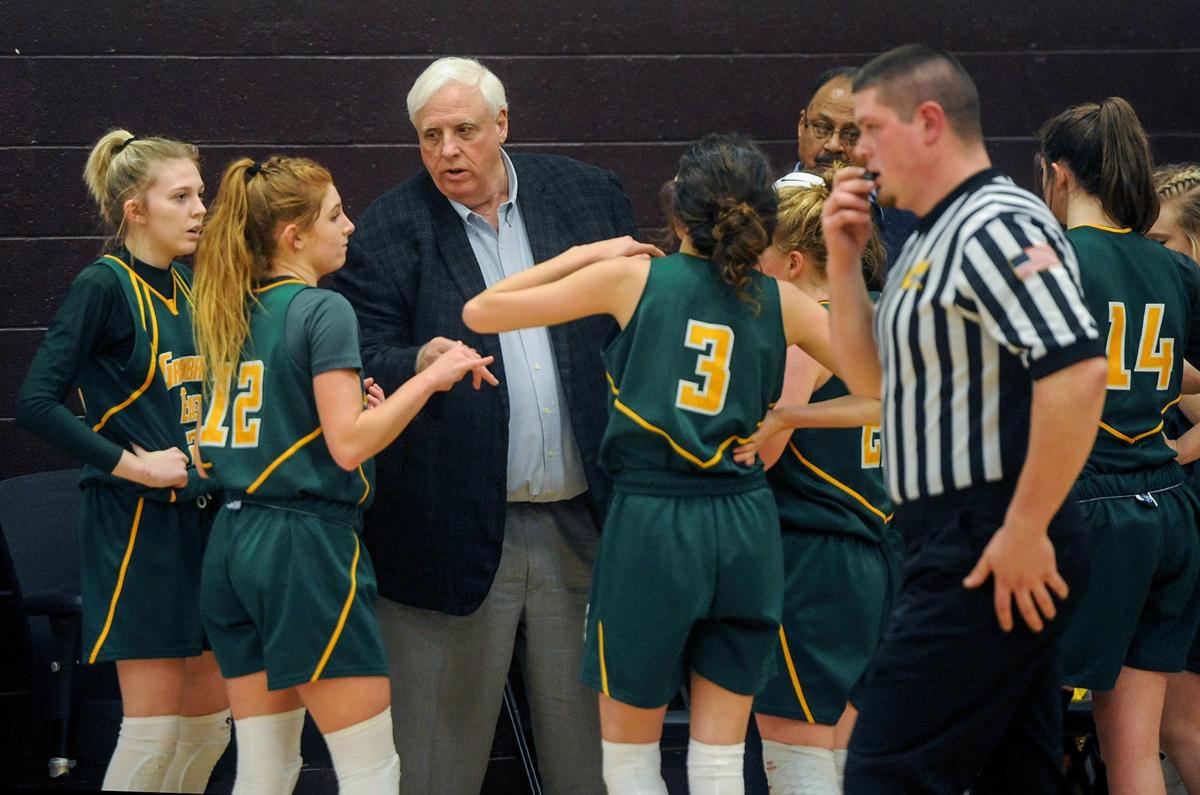 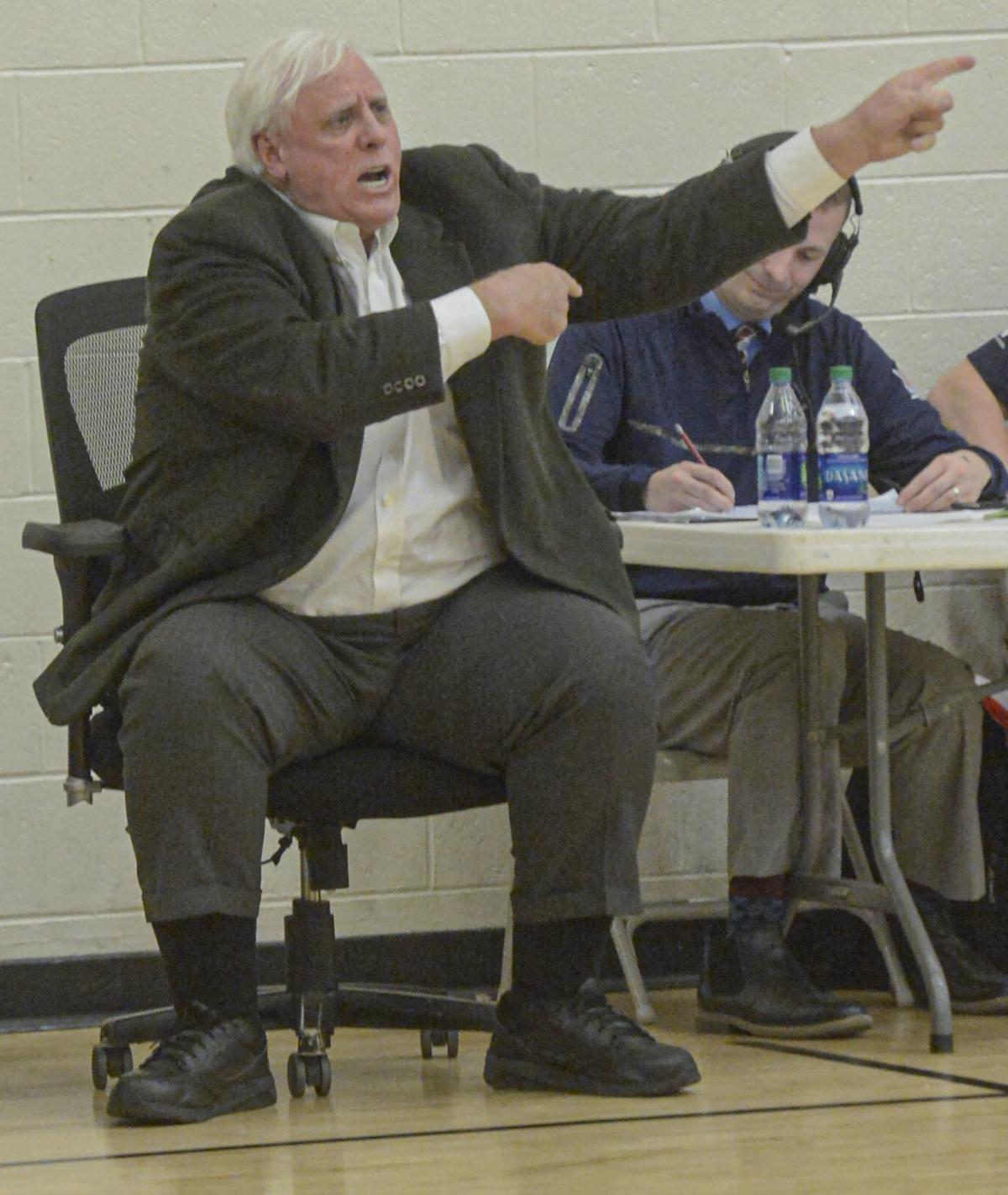 Gov. Jim Justice reacts to a play during Greenbrier East’s girls basketball game against South Charleston last week. Greenbrier East, with Justice on the sideline, will be competing at this year’s state high school basketball tournament, which begins Wednesday at the Charleston Coliseum & Convention Center.

Gov. Jim Justice reacts to a play during Greenbrier East’s girls basketball game against South Charleston last week. Greenbrier East, with Justice on the sideline, will be competing at this year’s state high school basketball tournament, which begins Wednesday at the Charleston Coliseum & Convention Center.

When the state’s best girls high school basketball teams converge on the Charleston Coliseum & Convention Center this week for the annual state tournament, the field is full of former state champions and award winners, a highly decorated group.

None, though, are more decorated than Greenbrier East’s coach — Gov. Jim Justice.

His Spartans, whose first game tips off at 7:15 p.m. Thursday, are the No. 3 seed in the Class AAA bracket, which means a deep tournament run is possible. That also means the state’s top elected official could be coaching on the floor of one of the Mountain State’s largest arenas for up to three straight days.

So what goes into ensuring Justice stays safe while he’s on the Coliseum sideline? Officials around the tournament say not much more than normal.

One thing the West Virginia Secondary School Activities Association has on its side in this situation is experience. The Spartans were last year’s No. 2 seed in the Class AAA bracket and reached the state semifinals. WVSSAC Executive Director Bernie Dolan said any extra security for Justice last year came from the Governor’s Office.

“We did very little different last year,” Dolan said. “He brings the contingent he always brings.”

Brian Abraham, Justice’s general counsel, said via email that Justice’s coaching appearances are treated like any of his other public appearances — nothing over the normal West Virginia State Police detail for such an event.

Abraham also said the WVSP does not disclose details of security operations for the governor. He mentioned events of that size already have a significant security presence, regardless of whether Justice is coaching.

When Greenbrier East visits George Washington High, in Charleston, for a girls basketball game, GW athletic director Shawn Wheeler said he notices some plain-clothed state troopers in the gymnasium. Wheeler said he will also bring in an extra officer from the Charleston Police Department.

He’s not asked to do that, but said Greenbrier East-GW games often bring with them larger crowds, about 100 to 150 more than for an average game.

“I just do that for my own peace of mind,” he said.

Coliseum officials announced Monday that metal detectors and wands will be in use for both the boys and girls basketball tournaments, so fans should schedule their arrivals accordingly to make sure they get to their seats in time for tip-off.

Dolan said that has been the case in past tournaments — regardless of Justice’s involvement — where detectors and wands have been in place for selected sessions of the event. Wes Smith, the safety and security coordinator at the Coliseum & Convention Center, said they again will be used on a random basis unless the facility is made aware of a need during a specific tournament session.

When Smith sees Justice at the arena, he’ll see him with a couple of uniformed troopers. Smith said Justice’s security detail is similar to those of past governors who have visited the facility, and that Justice does not expect anything above and beyond that.