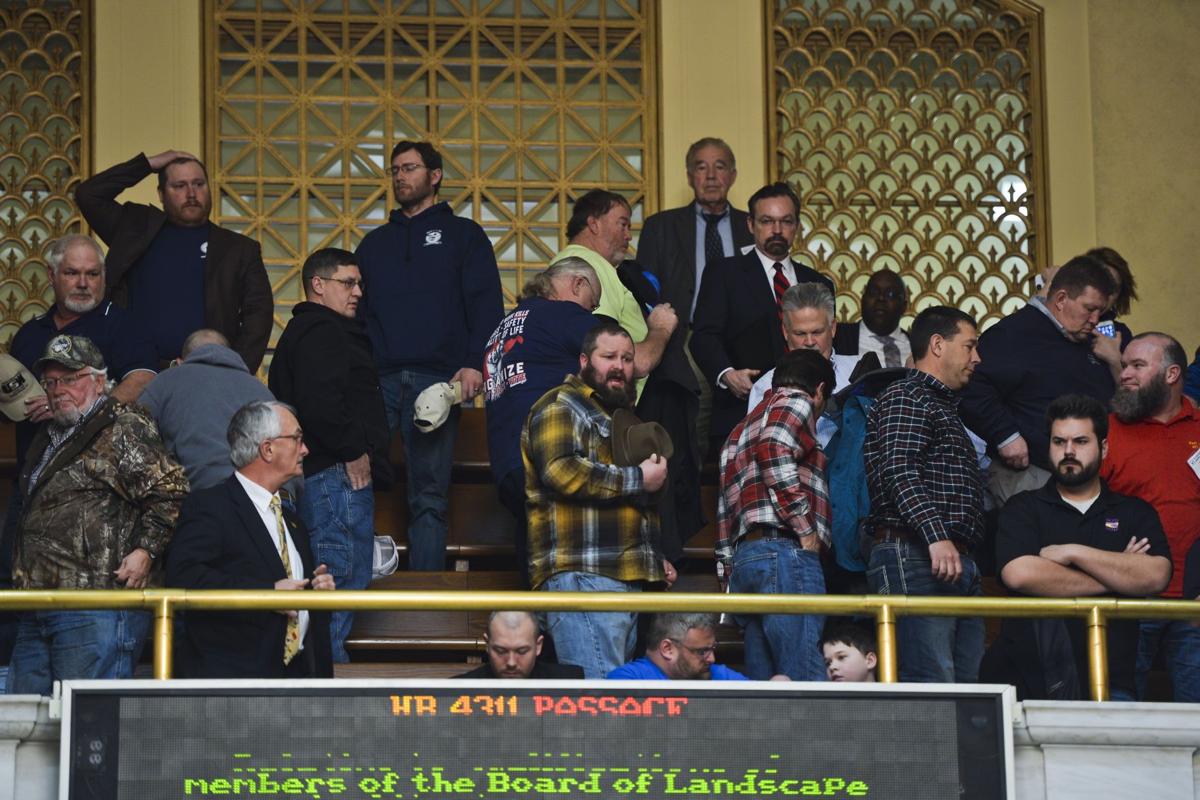 Yells of frustration erupt from spectators in the galleries after the West Virginia House of Delegates passes right-to-work legislation Thursday. 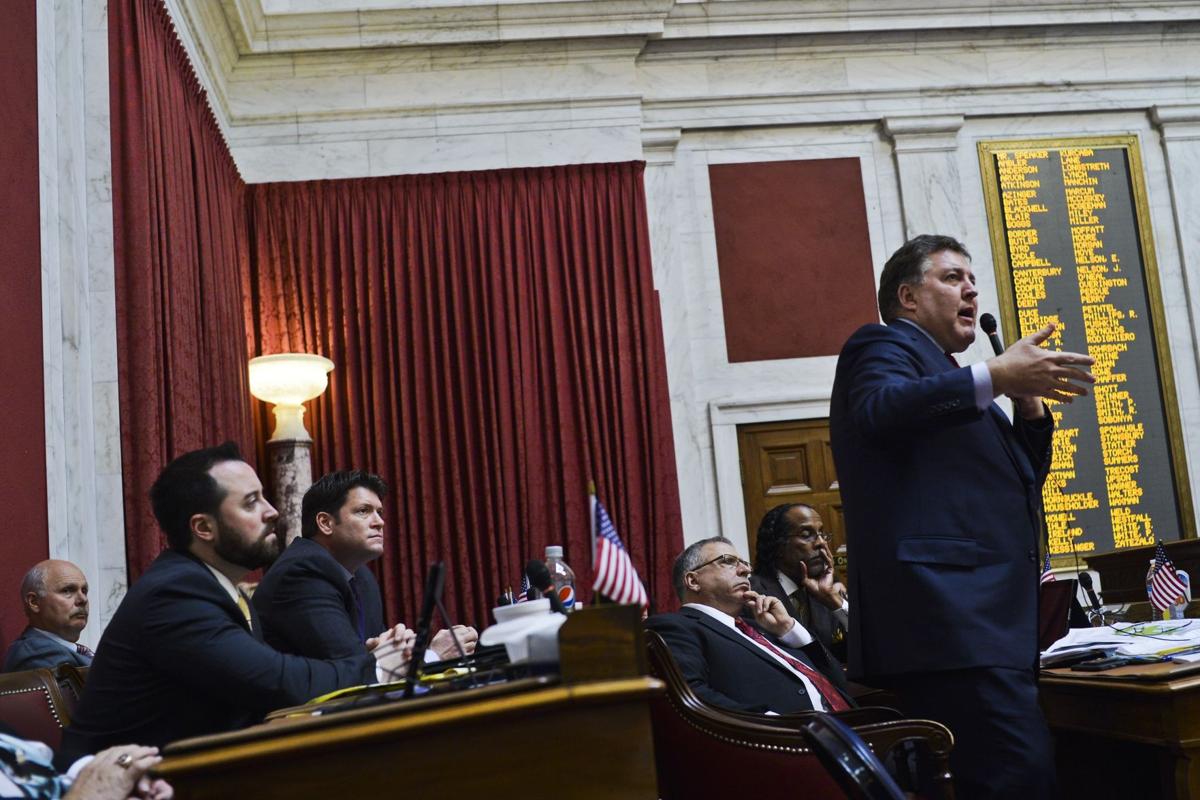 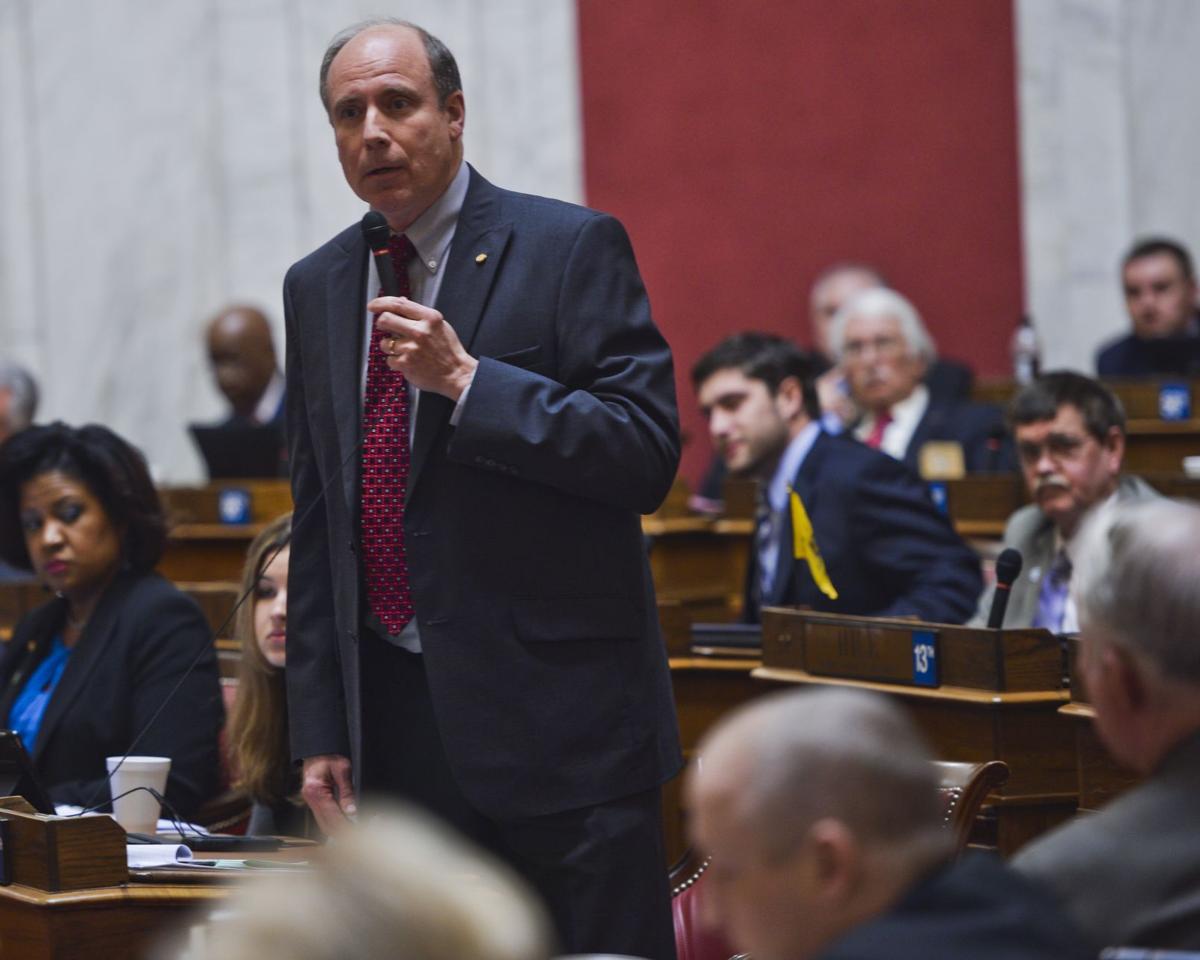 Delegate Joe Ellington, R-Mercer, speaks in favor of the bill, saying workers should have the right to opt out of paying union dues.

Yells of frustration erupt from spectators in the galleries after the West Virginia House of Delegates passes right-to-work legislation Thursday.

Delegate Joe Ellington, R-Mercer, speaks in favor of the bill, saying workers should have the right to opt out of paying union dues.

West Virginia is ever-so-close to becoming the 26th state to pass a right-to-work law, allowing employees in unionized workplaces to opt out of paying union fees and potentially striking a major blow to state labor unions.

The House of Delegates passed the right-to-work bill, 54-46, Thursday, with 10 Republicans joining all 36 House Democrats in opposition to the bill.

The Senate passed the bill two weeks ago, 17-16, on a strict party-line vote. The House made minor amendments to the bill, so the Senate must re-approve it before it heads to Gov. Earl Ray Tomblin, who vowed Thursday to veto it.

“We can continue to improve our state’s business climate by strengthening our workforce, combating substance abuse and creating new sites for development, all of which continue to be [my] top priorities in the coming year,” Tomblin said in a prepared statement. “I have submitted proposals to address these issues, and I urge the Legislature to consider them during the session.”

The House and Senate can override Tomblin’s veto with a simple majority vote and, with plenty of time remaining in the 60-day legislative session, they are expected to do so. The Legislature has moved quickly on the bill, assigning it to only one committee in each chamber, to allow itself plenty of time for a veto override.

The bill (SB 1) passed the House after nearly five hours of debate that was, at times, hopeful, depressing, enraged, cynical, polite and confrontational. The galleries were packed with upset union members, who have made themselves a regular presence at the Capitol to protest Republican legislation they say is designed to lower union wages.

“We can’t live in the past, it’s not working; we are going down the tubes fast,” Delegate John Shott, R-Mercer, said to close the debate, referencing the recent trend nationally toward right-to-work laws.

“It is a golden stake created by the large multinationals to drive straight through the heart of organized labor,” Perdue said of the laws, “and it’s funded by those who would yield the most from the eradication of unions.”

While both sides have dueling economic arguments — Republicans say it will bring jobs, Democrats say it will lower wages — almost all economists agree that the laws weaken labor unions.

Nine times during debate, Speaker Tim Armstead, R-Kanawha, had to call the House to order to quiet a commotion of one kind or another. Of the House’s 100 members, 38 spoke about the bill.

Republican legislators argued that the bill will let workers choose whether they want to pay union dues or not and that it will attract employers to the state.

“Should we have to pay dues to a union who does not share the values that we do?” Delegate Amy Summers, R-Taylor, said. “Some people say, ‘Just change jobs,’ but look around, the job market is not so great.”

Shott was one of several who spoke about their children and grandchildren who had moved to another state. He and others argued that it’s unfair to require someone to pay union fees as a condition of employment.

Shott and other Republicans repeatedly cited the state’s dismal socioeconomic rankings — losing population with the nation’s highest percentage of citizens not working — as rationale for passing the bill and trying something new.

“We have the sickest, the poorest, the least educated, the most drug-addicted population,” Delegate Kelli Sobonya, R-Cabell, said. “We can’t get any lower, we are at the bottom — last is the bottom.”

Delegate Mark Zatezalo, R-Hancock, argued that, with unions no longer able to rely on fees from all workers, union accountability would increase.

“I think unions will be fine,” he said, adding, “Whatever we’re doing right now isn’t working.”

Delegate Woody Ireland, R-Ritchie, looked to the union members in the audience to explain his vote for the bill.

“Are the construction jobs there, guys, that were there 20, 30 years ago? I submit to you that they’re not,” Ireland said. “We need to try something, even if we fail.”

Democrats say the bill creates a free-rider problem because workers will reap union benefits without contributing. They said the bill is designed to weaken unions and lower wages.

“Make no mistake here, the goal is to weaken unions,” said Delegate Mike Caputo, D-Marion. “It’s the oldest trick in the book: Divide and conquer.”

Caputo, a leader of the United Mine Workers union, was one of seven Democrats to reference the mine wars of the early 20th century, when unionized miners waged a literal war against mine operators and local officials to gain fair working conditions.

“We come from the Matewan Massacre, we come from the Battle of Blair Mountain,” said Delegate Shawn Fluharty, D-Ohio. He cited the bill’s official name, the “Establishing WV Workplace Freedom Act.”

“This workplace freedom isn’t free,” Fluharty said. “What’s the cost? Your wages, your benefits, your way of life.”

Several delegates spoke openly about the inner-machinations of being a legislator: the lobbyists, the campaign ads, the pressure to vote with party leadership.

Delegate Bill Hamilton, R-Upshur, was one of two Republicans to speak against the bill.

“If a lobbyist or a member is offering you something to obtain your ‘yea’ vote on right-to-work, you better take it with a grain of salt,” Hamilton said. “I have never made a vote in this chamber based on threats in the next election.”