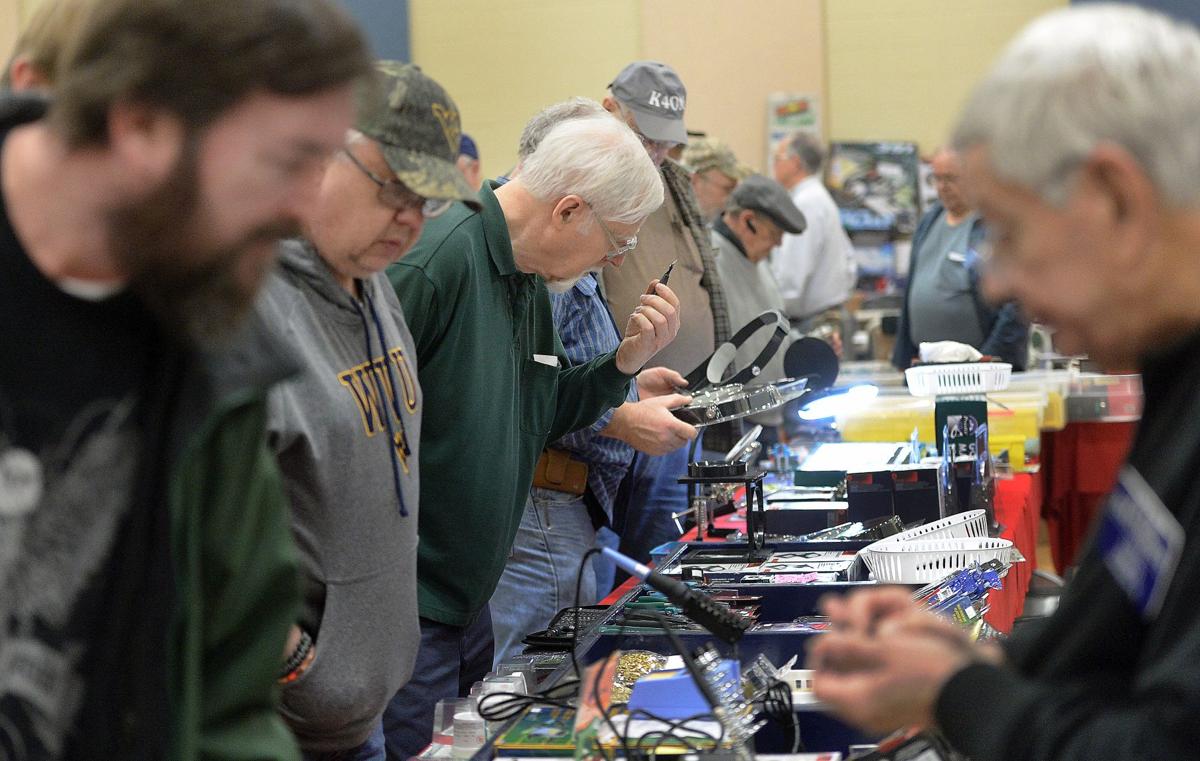 Amateur radio enthusiasts check out some of the merchandise for sale Saturday at the 32nd annual Charleston Hamfest at Emmanuel Baptist Church. 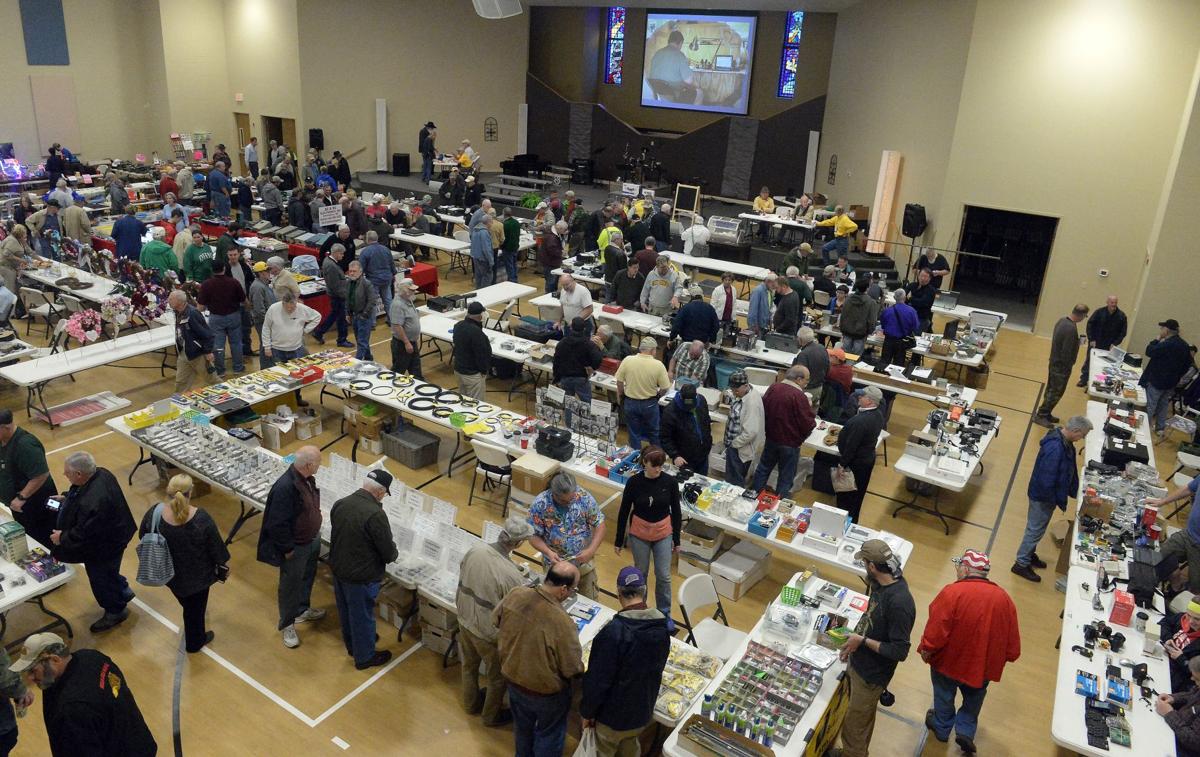 It was a full house at Emmanuel Baptist Church Saturday for the 32nd annual Charleston Hamfest.

Amateur radio enthusiasts check out some of the merchandise for sale Saturday at the 32nd annual Charleston Hamfest at Emmanuel Baptist Church.

It was a full house at Emmanuel Baptist Church Saturday for the 32nd annual Charleston Hamfest.

K8KT, better known as Karl Thompson when he’s not on the air, has been working the amateur radio since he was 5 years old in Wyoming County. He has a 120-foot antenna at his house and can type 40 words per minute in Morse code.

Thompson is a ham.

But so was everyone at the Emmanuel Baptist Church activities room on Saturday.

A ham is an amateur radio operator and the local hams were gathered for the 32nd annual Charleston Hamfest.

“Hamfests have just about gone away since eBay,” said Ken Robinson, K4KBR, of Fall Branch, Tennessee.

While Robinson had sold most of his good equipment by noon, he said Hamfests are really about the community now.

“I still like to come up here because I still see people I used to see,” Robinson said.

And it was clear that others were there for the same reason. They talked shop about equipment and bantered like old friends.

Most of them wear their call signs on their chest or maybe on a custom-made hat.

It serves for instant recognition, putting a face to a voice before the ham has even opened his mouth.

Bill Crouch, WD8L, likes the community of ham operators. He said that they’ll come over and help whenever needed, and he likes talking to them.

Amateur radio has been a hobby for a long time.

It started back in the late 1800s as a precursor to commercial radio and has only grown since. It has been around for each new technological revolution, from television to the smartphone, and as some of the hams like to say, sometimes all it takes is a single wire.

Thompson got into the hobby 70 years ago, when he was 5 years old. He had an uncle who lived nearby that was an amateur radio operator.

Thompson told the story of how his uncle was able to make contact with one of the ships returning home from World War II. It just so happened that there was a soldier on the ship from a nearby town. Thomson’s uncle went and got the man’s mother, brought her to his radio and for the first time in three years, mother and son were able to talk.

Those are the types of stories that the hams like to tell. Sure, they can say that they’ve talked to people on almost every continent; Randy Damron, N8XEA, who organizes the Charleston Hamfest, is working on getting all 50 states.

But amateur radio is also used in times of crisis.

On September 11, when the communications towers on the top of the World Trade Center went out, amateur radio operators were able to help firefighters coordinate their plans.

That’s part of the reason why the Federal Communications Commission requires hams to get a license.

Most of the hams can name the celebrities who are also licensed, and Thompson has even talked to a few of them.

The conversations are often about where people are from, their families, their equipment and the weather. Talking about politics or religion is frowned upon, as is bad language.

The hobby is similar to social media, before there was social media. A way for a 5-year-old boy in Wyoming County to connect himself to the world.

But also for those with a taste for electronics.

“I guess you could say amateur radio enthusiast are somewhat geeks,” Damron said.