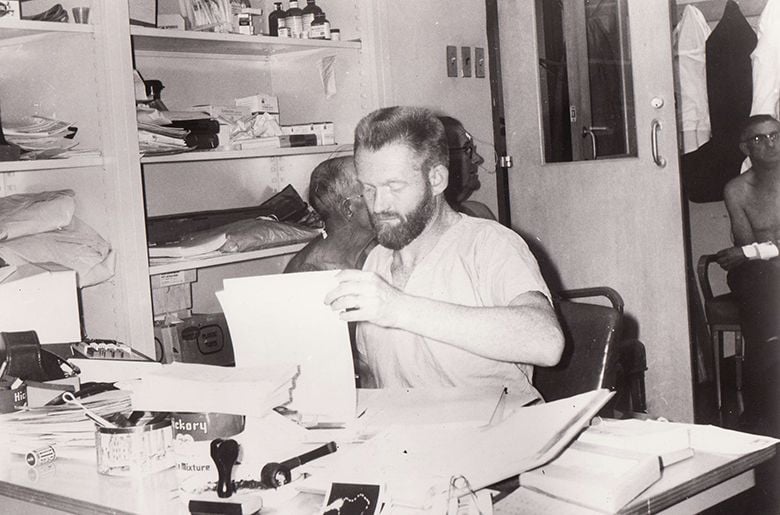 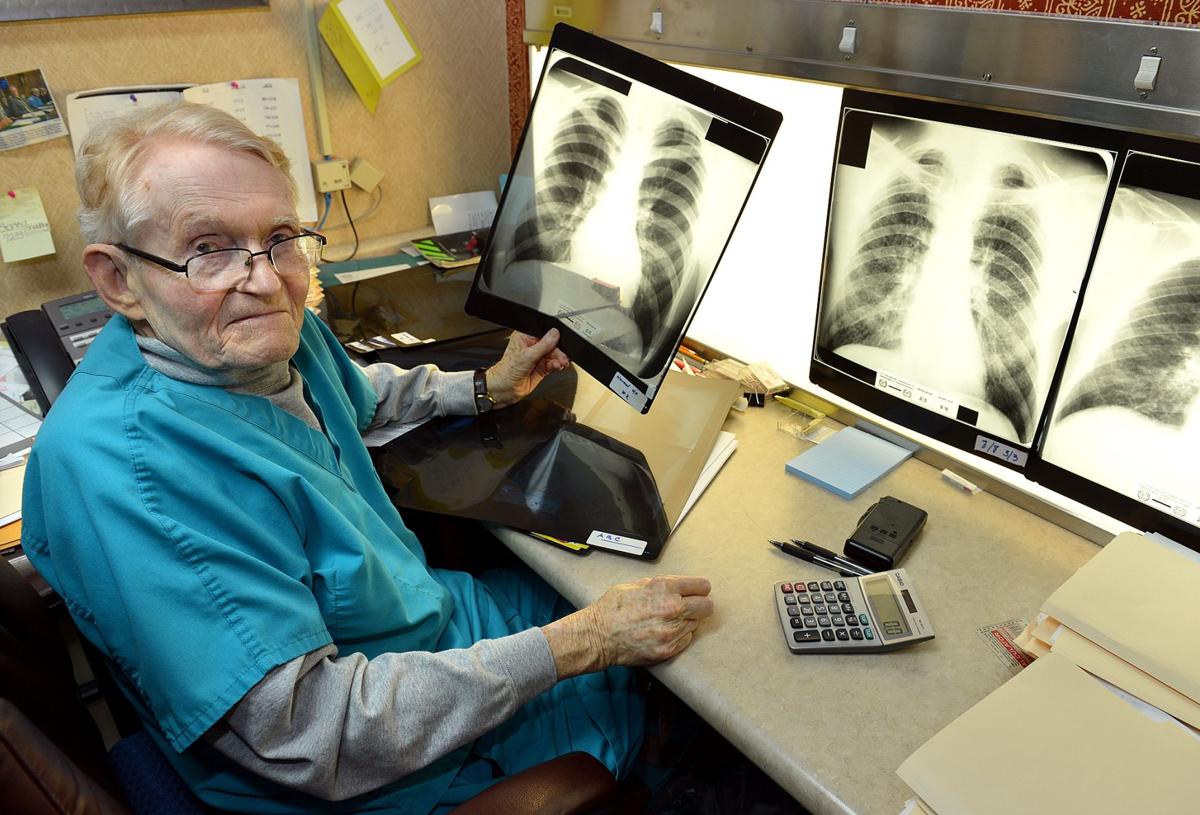 Black lung specialist Dr. Donald Rasmussen talks about his involvement with United Mine Workers Union official Jock Yablonski, who was murdered Dec. 31, 1969 by killers hired by a union political opponent, Mine Workers president W. A. Boyle. 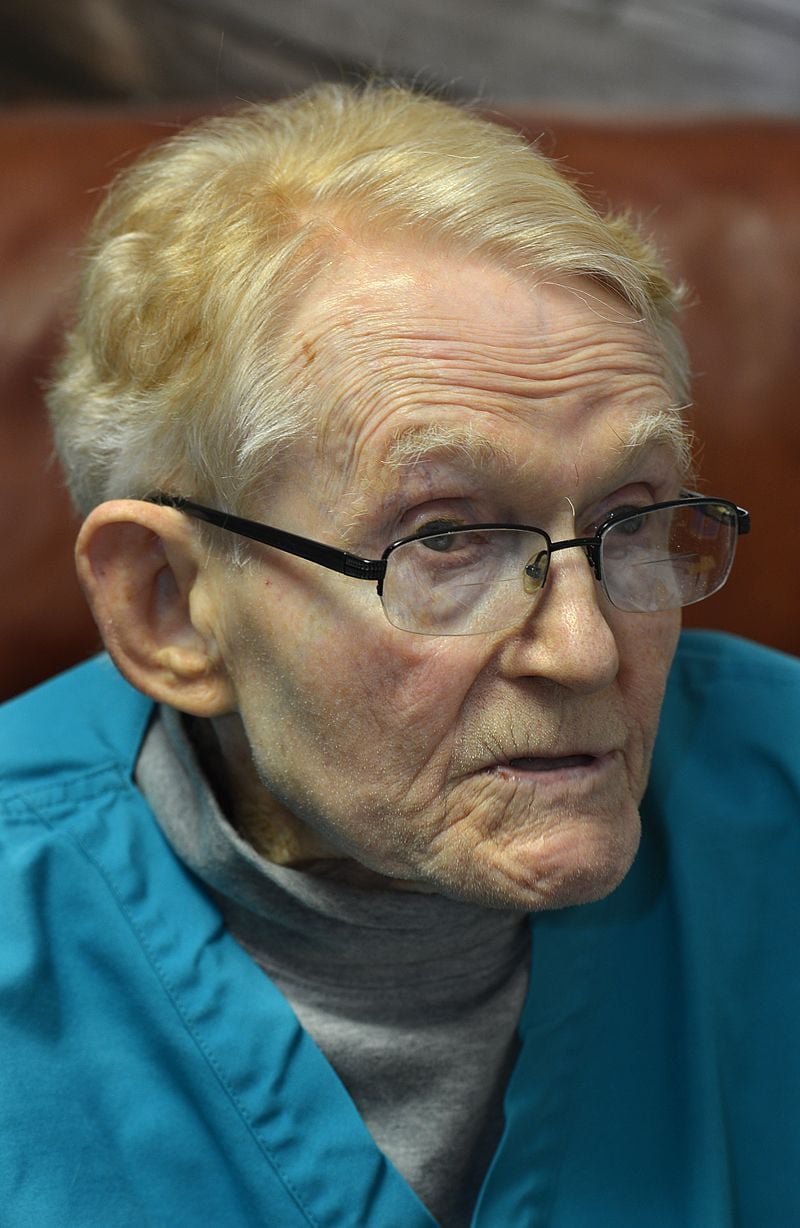 Black lung specialist Dr. Donald Rasmussen talks about his involvement with United Mine Workers Union official Jock Yablonski, who was murdered Dec. 31, 1969 by killers hired by a union political opponent, Mine Workers president W. A. Boyle.

Dr. Donald L. Rasmussen, an internal medicine specialist who helped spark the 1969 Black Lung Strike, died on Thursday. He was 87. Born on Feb. 24, 1928, Rasmussen grew up in Manassa, in the San Louis Valley in Colorado.

After attending medical school at Utah State University, Rasmussen joined the Army in 1955 as a captain who specialized in internal medicine. He learned a lot about chest diseases and became chief of chest diseases at Brooke General Hospital in San Antonio, Texas.

When he left the Army in 1962, Rasmussen came to Beckley and began working at the Appalachian Regional Hospital and testing coal miners for pneumoconiosis, or black lung disease.

Throughout the 1960s, Rasmussen became involved in groundbreaking research about black lung, a sometimes-fatal disease caused by inhaling coal dust.

“Rasmussen advanced his conclusion that simple pneumoconiosis, which frequently did not show up on lung X-rays, nevertheless caused the breathlessness among miners that might be apparent only through exercises on a treadmill accompanied by a blood-gas test,” former Congressman and Secretary of State Ken Hechler wrote in the West Virginia Encyclopedia.

The black lung issue came to statewide and national attention after a Nov. 20, 1968, methane and coal dust explosion killed 78 miners in Consolidation Coal’s No. 9 Mine between Mannington and Fairmont in Marion County.

In the wake of that tragedy, miners at the East Gulf Mine near Rhodell walked out on strike on Feb. 18, 1969, protesting the failure of the state Legislature to pass black lung legislation.

Rasmussen, Buff and Wells played a central role in backing the strike and pressuring the state Legislature to pass its first black lung law. They helped counter many medical professionals who continued to deny that black lung was a serious health threat.

After then-Gov. Arch Moore signed the bill on March 11, miners returned to work the next morning.

At the end of the year, the U.S. Congress passed the federal Coal Mine Health and Safety Act, which has helped miners with black lung across the nation.

Cecil E. Roberts, president of the United Mine Workers of America, said on Thursday, “We are extremely saddened to learn of the passing of Dr. Donald Rasmussen. Because of his courage and determination, thousands of miners who suffer from black lung are getting treatment and benefits that they would not otherwise get.

“He was a pioneer in advocating for miners who have this insidious disease. When other doctors were taking the company line and denying that black lung existed, Dr. Rasmussen was testifying before state legislatures and Congress, fighting to win recognition that breathing coal dust was killing miners.

“The hearts and prayers of the entire UMWA family are with the Rasmussen family. They have lost a loved one, and coal miners have lost a strong advocate who will long be remembered,” Roberts said.

Rasmussen also played a major role in the United Mine Workers presidential election campaigns of Jock Yablonski in 1969 and of Arnold Miller in 1972 against incumbent W.A. “Tony” Boyle.

Boyle defeated Yablonski in a corrupt election in 1969 and played an active role in Yablonski’s assassination. Miller won the union presidency after the federal government overturned Boyle’s victory. Boyle was later sentenced to prison.

In 1969, the American Public Health Association gave Rasmussen its Presidential Award for his exceptional role in the fight against black lung. In 1995, he was named ‘‘Civil Libertarian of the Year’’ by the West Virginia Civil Liberties Union.

An article about Rasmussen published by the Beckley Register-Herald in June 2013 reported he had analyzed lung conditions of 40,000 miners during his 50 years in the Mountain State.

“Before I came here,” Rasmussen told the Register-Herald, “I really had no exposure or knowledge about coal miner’s lung disease, known today as black lung ...”

Rasmussen said about 70 percent of all underground miners have suffered from some form of lung disease during their lives.