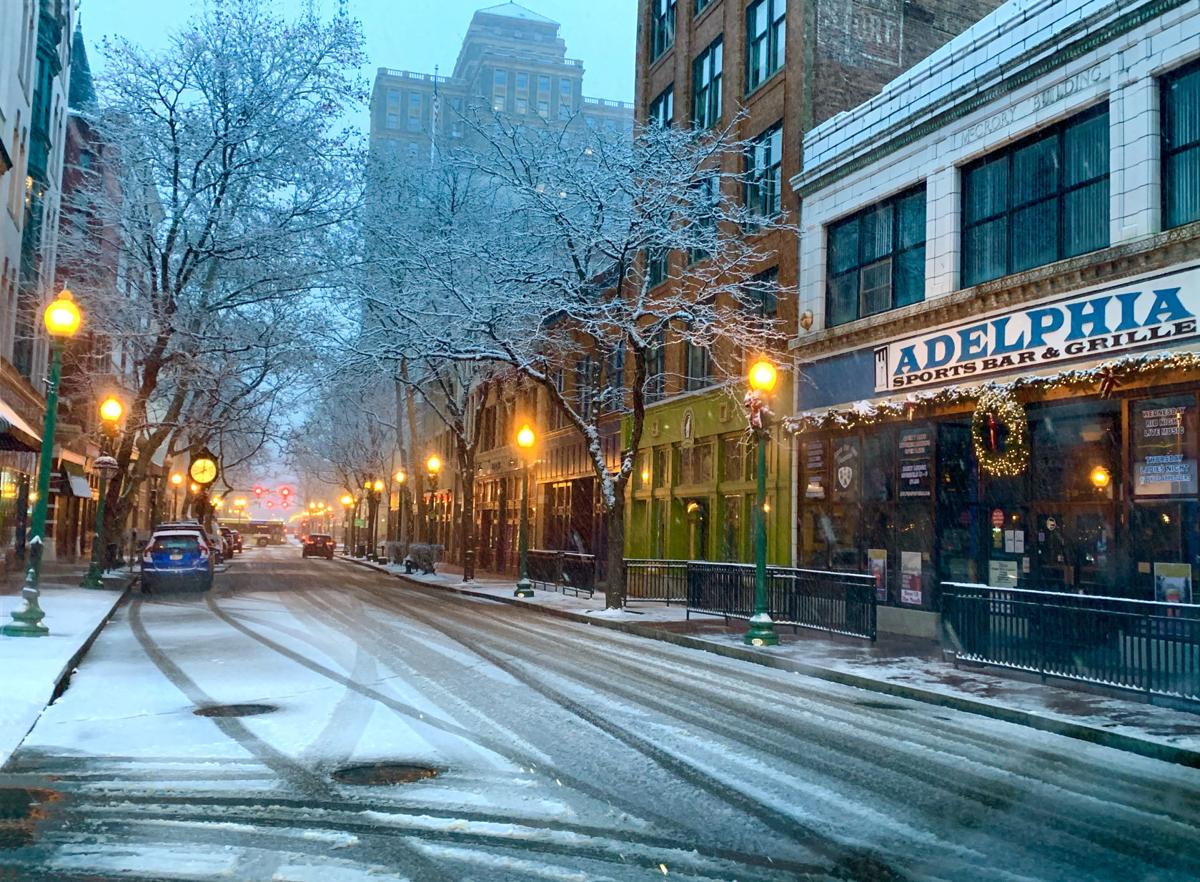 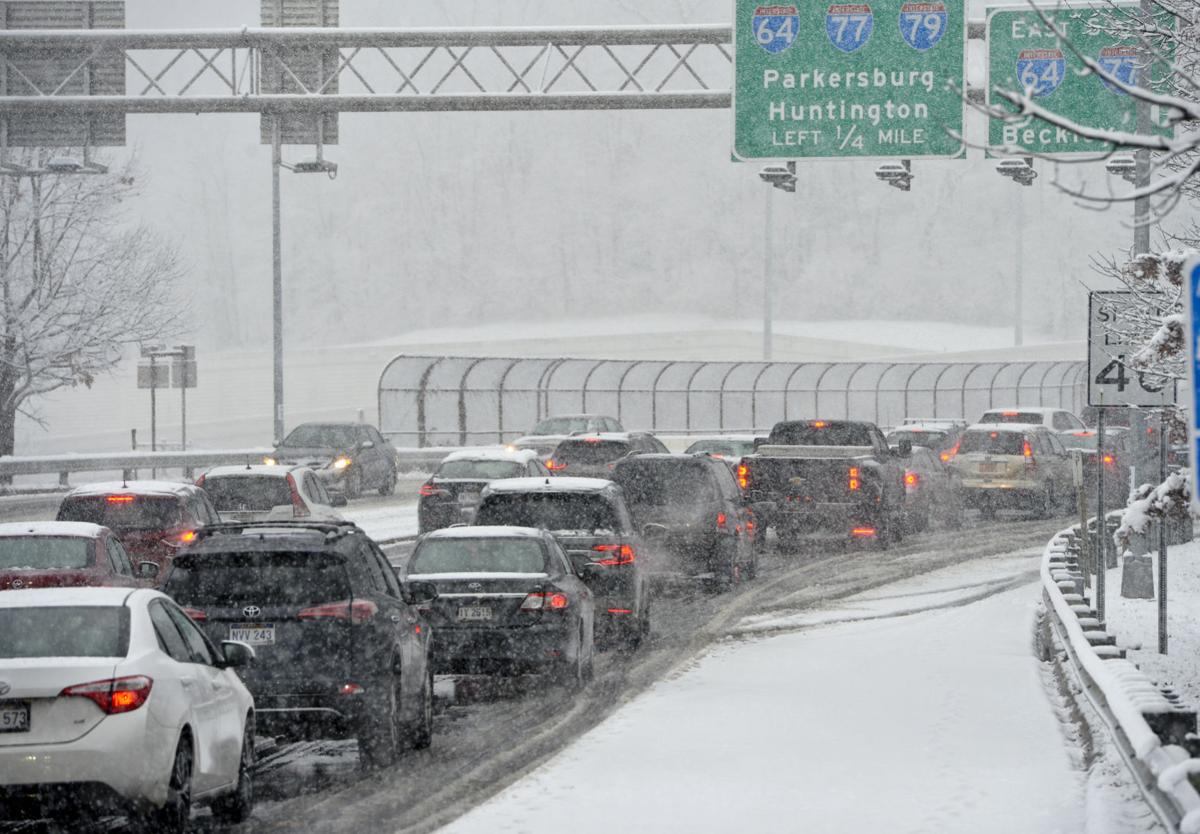 Traffic is backed up Tuesday morning on Charleston’s Greenbrier Street after police closed it because of crashes.

Traffic is backed up Tuesday morning on Charleston’s Greenbrier Street after police closed it because of crashes.

A winter storm that swept into the Kanawha Valley during the peak of Tuesday morning’s commute wasted no time in blanketing roads and hillsides with 3 inches of snow, contributing to nearly 100 traffic crashes in Kanawha County alone.

Snow began accumulating on roads shortly after 7 a.m., followed by an almost nonstop series of crashes as the storm moved northeastward through the county.

While 17 of the crashes involved suspected injuries, according to Kanawha Metro 911’s call log, no fatalities were reported. By early afternoon, the storm had passed through the county, and temperatures had risen into the 40s. By the time the evening commute began, blue skies and sunshine prevailed, and most of the season’s first significant snowfall was gone.

As the storm moved eastward, early afternoon snow accumulations reached 5.3 inches at Omps in Morgan County, with 5 inches recorded at Craigsville in Nicholas County, Rupert in Greenbrier County and Keyser in Mineral County, according to the National Weather Service’s Charleston Forecast Office.

At Williamsburg and Maxwelton in Greenbrier County, 4.5 inches of snow had piled up, while 4-inch accumulations were recorded at Danese in Fayette County, Chapmanville in Logan County and Organ Cave in Greenbrier County, and 3.8 inches were on the ground in the Tucker County town of Davis.

No snow was reported in the state’s Northern Panhandle, or along the upper Ohio River Valley on Tuesday.

The approaching snowstorm prompted the closure of public school systems in 24 of West Virginia’s 55 counties and early dismissals in four others, according to the state Department of Education. Kanawha County schools remained open, but attendance was reported to be below normal at some schools, due mainly to reluctant parental drivers.

The snowfall caused school officials to postpone Tuesday’s planned groundbreaking event for the new Herbert Hoover High School building near Elkview. That event has been rescheduled for Jan. 22.

Flights departing Charleston’s Yeager Airport on Tuesday were not affected by snowfall on the runway, thanks to work by the drivers of the airport’s snowplow fleet, according to spokesman Chris Williams. But the closure of Greenbrier Street did cause problems for air travelers attempting to catch morning departures.

While roads may have been cleared of snow by Tuesday afternoon, there remained a danger posed by snowmelt freezing overnight, state Transportation Secretary Byrd White cautioned.

“It is important to be alert and drive safe, as roads and bridges have the potential to refreeze,” White said.