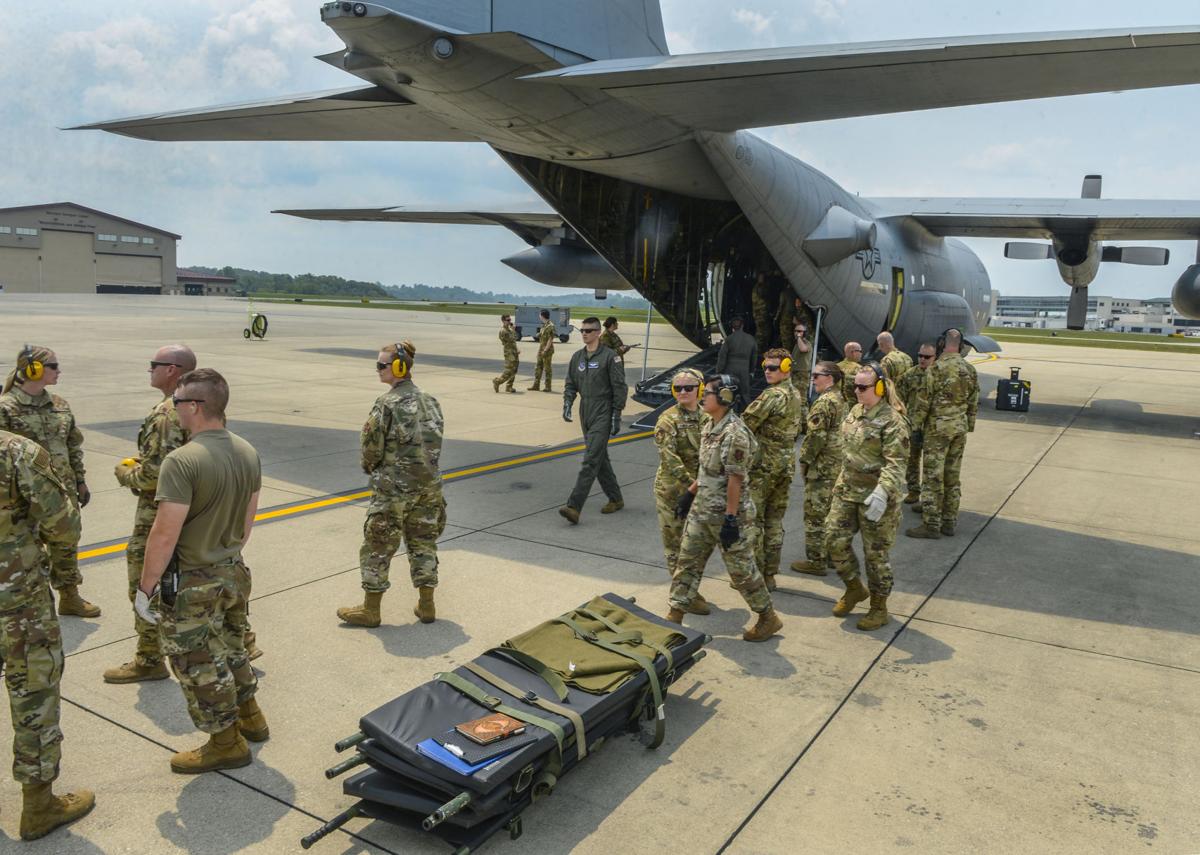 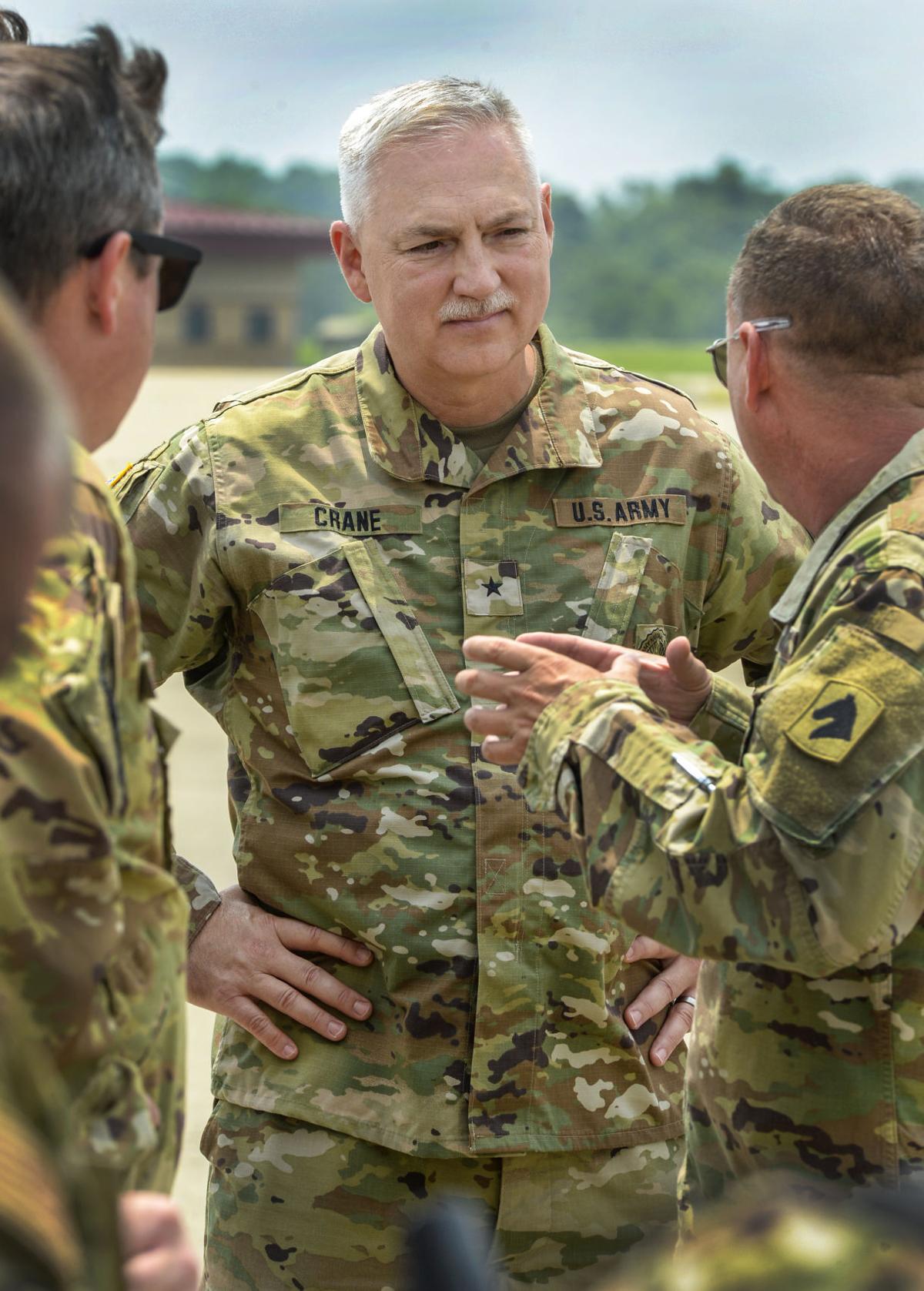 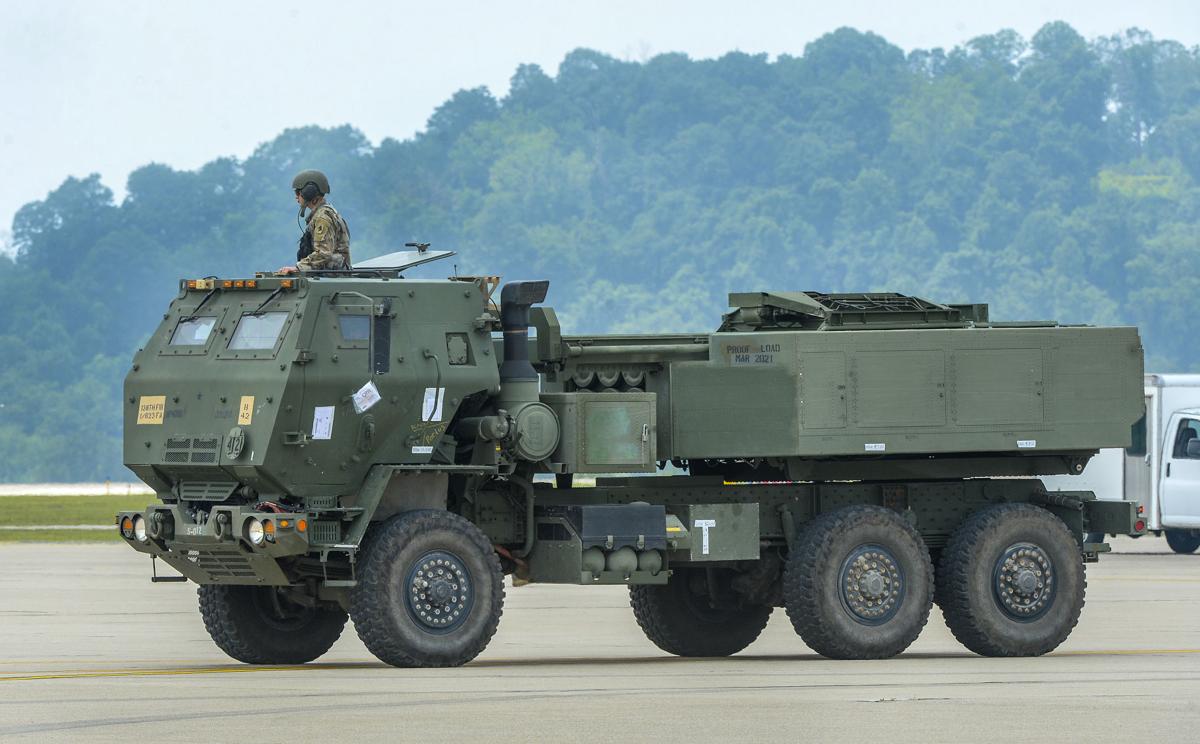 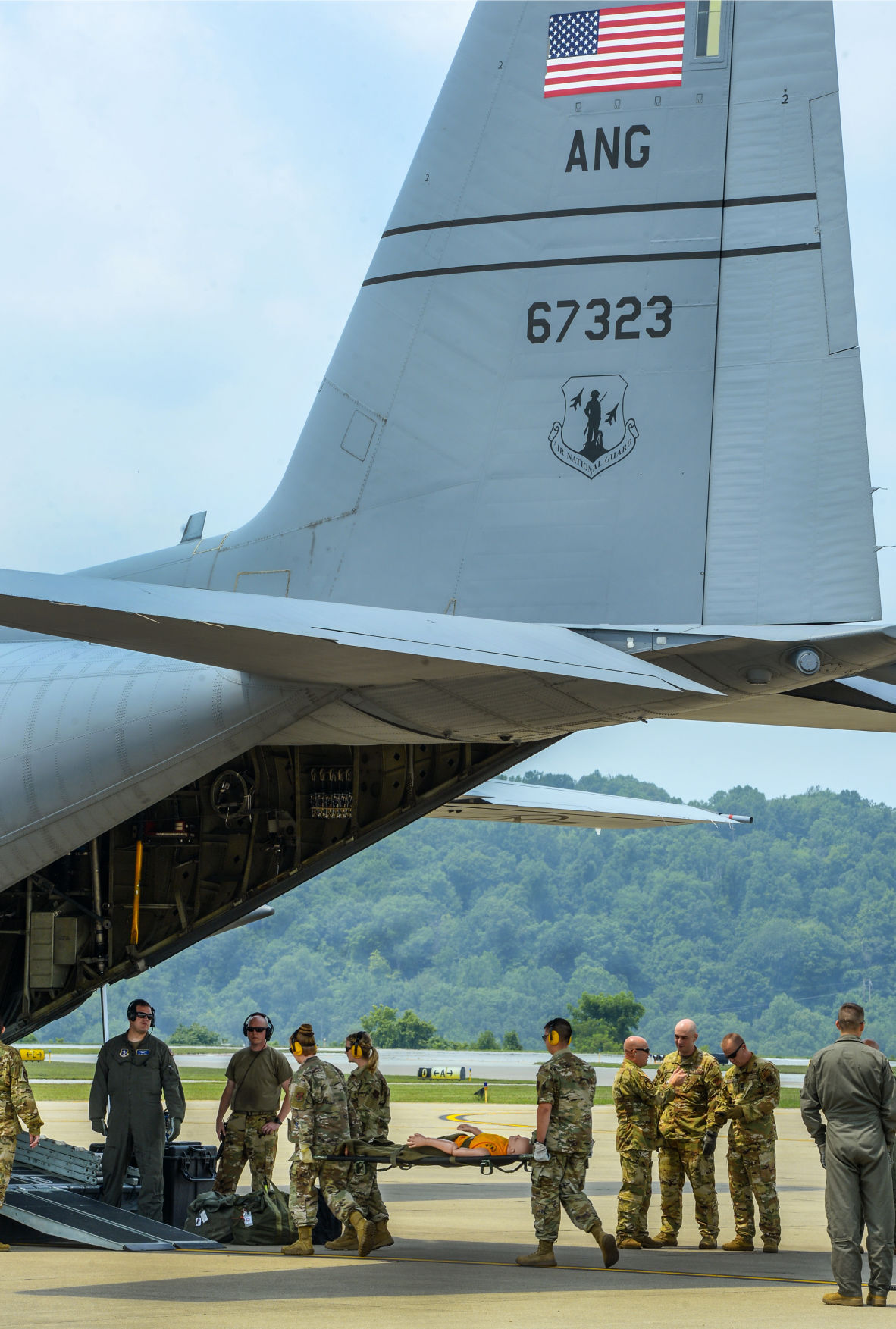 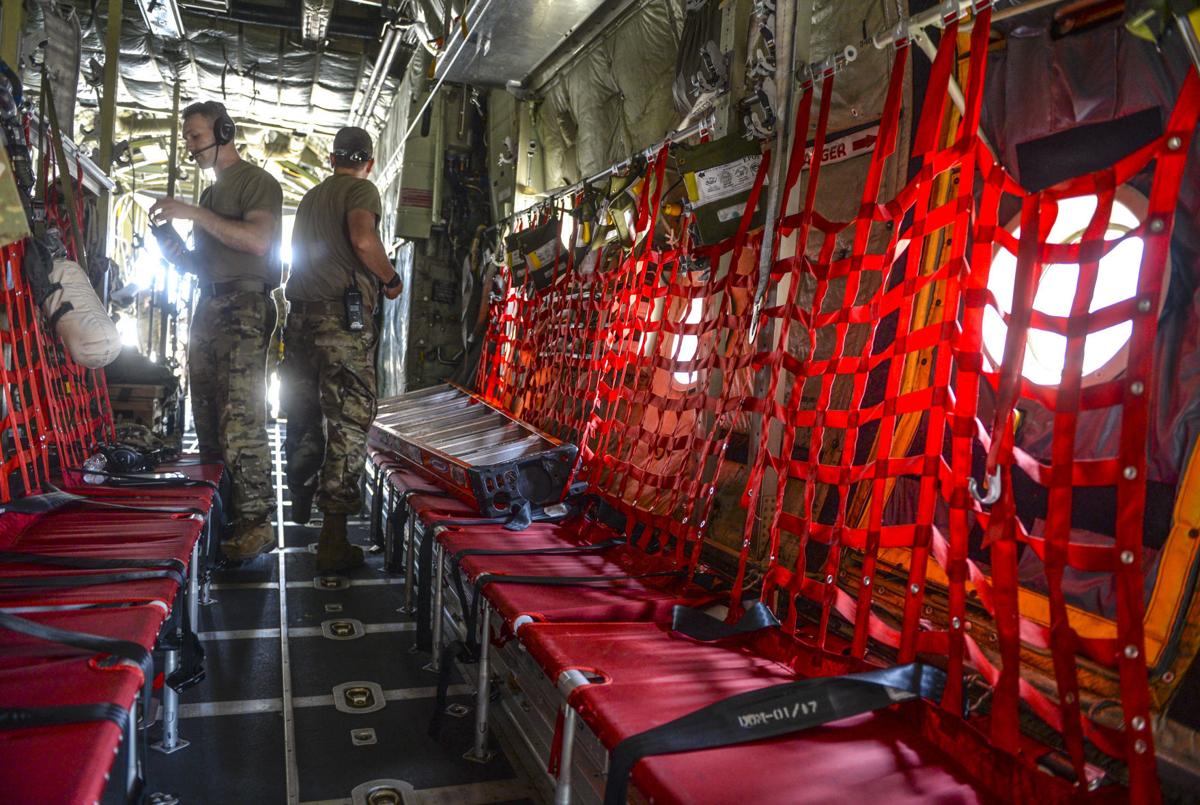 A weeklong training exercise testing the ability of U.S. military personnel from several branches of the armed forces to stage operations from austere, remote locations, as well as established, traditional bases, is underway at sites across West Virginia.

The event got underway Monday, when members of the Kentucky Air Guard’s 123rd Special Tactics Squadron parachuted onto Camp Branch, a West Virginia Air National Guard base in Logan County with a 3,500-foot dirt runway, in a simulated airfield assault.

Once the airfield was “secured,” C-130 Hercules aircraft from Charleston’s 130th Airlift Wing and the 143rd Airlift Wing of the Rhode Island Air National Guard began air-dropping supplies and equipment at the site, later used for staging flight operations for the Air Guard C-130s. The remote airstrip is one of only a few dirt airfields in the nation certified for use in military training flights.

Many of those taking part in the exercise were quartered in air-conditioned tents at Camp Branch. The site also was used by Navy MH-60S Seahawk helicopter crews from the Norfolk area to practice sling-load operations, with help from a Kentucky Army National Guard unit.

One of the benefits of the exercise is learning how to communicate effectively between the participating service branches, all of which have their own protocols and jargon.

“We’re learning how to talk to each other and be understood,” said Brig. Gen. Bill Crane, West Virginia’s adjutant general. “Getting to work together with all the different units from around the country has been a great opportunity.”

Sixteen military units are taking part in Sentry Storm 2021, which ends Friday. The exercise involves 21 aircraft, including C-130s, C-17 Globemaster IIIs, MH-60 helicopters, A-10 “Warthog” close-air support jets and UH-1 “Huey” helicopters. The aircraft are expected to fly more than 150 missions by the end of the exercise.

On Wednesday, a trio of Navy MH-60S Seahawks landed at the 130th Airlift Wing’s flight line at Yeager Airport to transfer mock victims of combat wounds into one of the Air Guard’s C-130s for air evacuation. Just prior to the transfer, a C-130 from the Rhode Island Air National Guard landed at the Charleston airport, lowered its cargo ramp and discharged a truck-mounted High Mobility Artillery Rocket System (HIMARS), which immediately simulated a launch sequence.

A C-17 from the 167th Airlift Wing in Martinsburg flew to Louisville, where two HIMARS units, each weighing 32,800 pounds were loaded aboard and flown back to Shepherd Field, where they were transferred to C-130s for transport to Sentry Storm sites.

“We have been training for fighting in a counterinsurgency environment, but we now know that different type of conflict is more likely, with China and Russia as peer competitors,” Crane said.

While threats from the air have been largely absent during fighting in Iraq and Afghanistan, they become real with China or Russia as potential adversaries.

“Our aircraft will be operating in a much different environment,” Crane said.

That’s one reason why military leaders are encouraging training in “agile combat employment” concepts, which include the ability to operate from remote, no-frills bases and airfields, as well as conventional staging areas, to provide more dispersed combat capabilities.