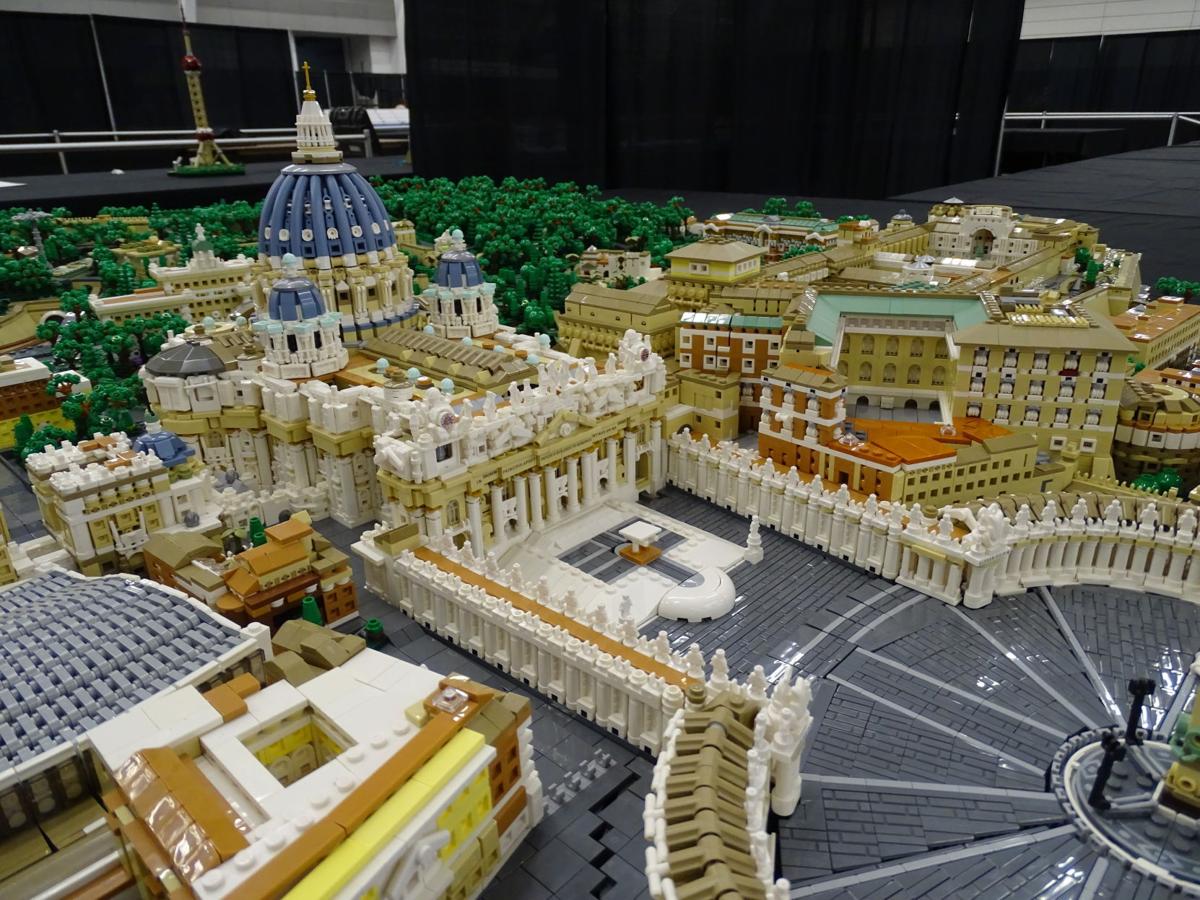 An aerial view of Rocco Buttliere's build of Vatican City. 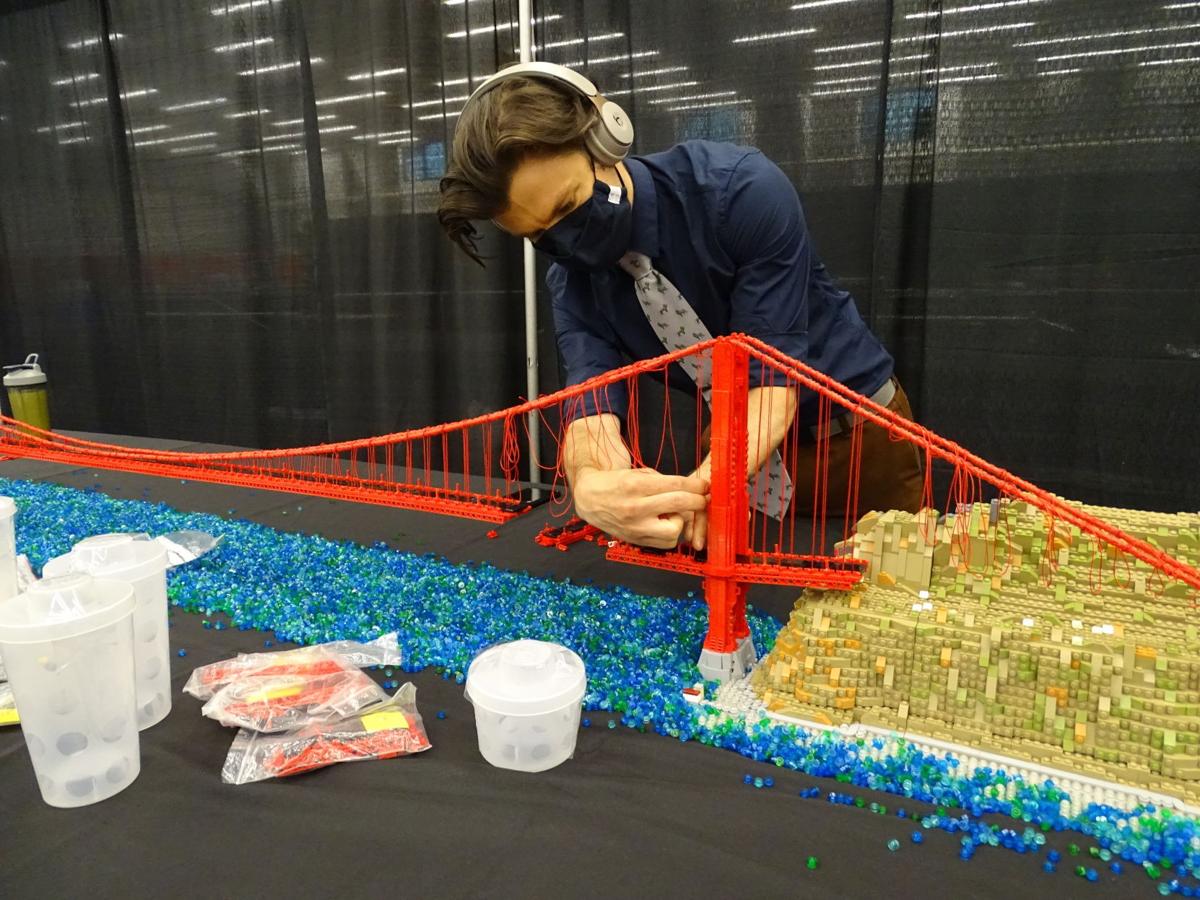 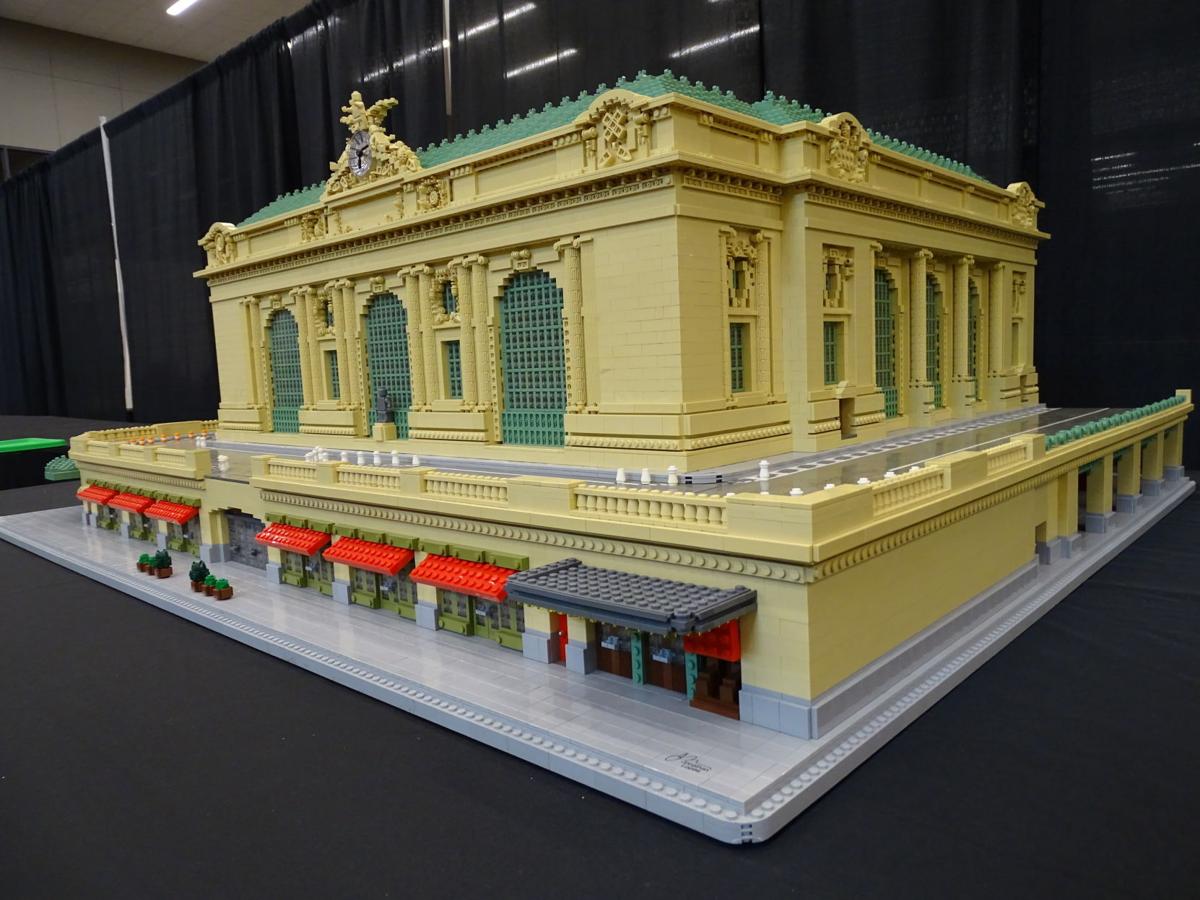 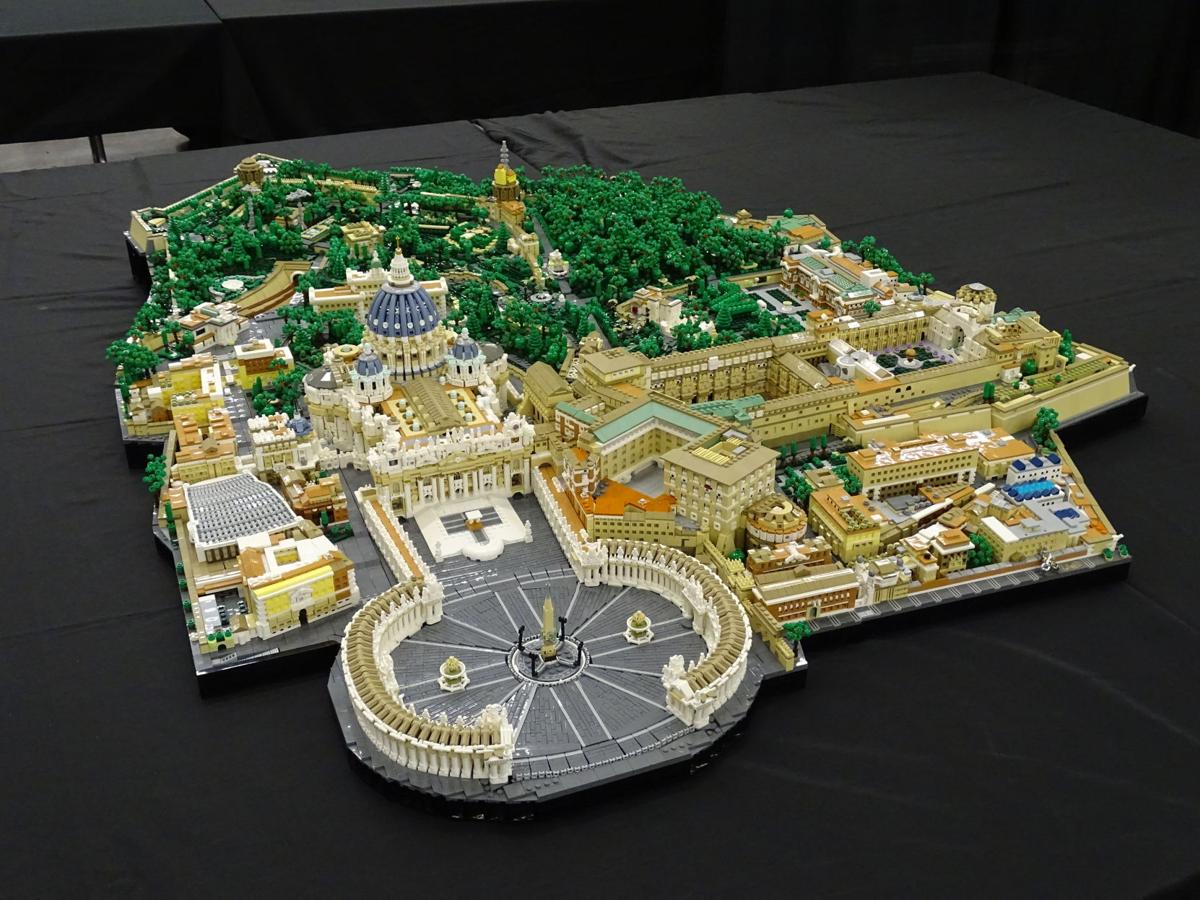 An aerial view of Rocco Buttliere's build of Vatican City.

Lego artist Rocco Buttliere stands hunched over his recreation of San Francisco’s Golden Gate Bridge, making amends to his creation following its unboxing. The piece is a staple of his “Landmark/Landscape” exhibition, which will find a temporary home in Charleston this weekend.

Buttliere’s work, along with that of many other Lego artists, will be on display Saturday and Sunday in the Grand Hall of the Charleston Civic Center. It’s the first time on the road for BrickUniverse’s Lego Fan Festival since the COVID-19 pandemic began last spring.

Buttliere’s exhibition features numerous works from around the United States and the globe, such as Mount Rushmore and Chicago’s Willis Tower.

“All my landmarks and landscapes are roughly 1:650, so they are a consistent scale — as close as I can get them with Lego,” Buttliere said. “That’s cool because you can see the Golden Gate Bridge and the Vatican near each other and get the sense of how they size up relative to each other.”

The pieces from his collection that he brought to Charleston total more than 750,000 individual bricks. A big portion of that comes from his recreation of Vatican City, the smallest independent state in the world. Buttliere’s build alone comes in at about 67,000 bricks and took him around six months, start to finish.

“That’s more of the exception than the rule,” Buttliere said. “Typically I’ll work mainly from Google Earth and photos. There are a ton of resources out there that are particularly invaluable for the whole design process.”

The work of artist Jonathan Lopes, which spans a more diverse range of topics, will also be on display. His display will include his recreation of New York City’s Grand Central Terminal, which is featured on the cover of his book “New York City Brick by Brick: The Art of LEGO Construction.”

Taking him two and a half months to complete, the piece consists of thousands of individual Lego bricks. If he had been working on it full-time, he says, it would have taken him a mere two weeks.

Lopes’s background has roots in art, but with seemingly every other medium. As his musical career came to its end in the late 1990s, he found a new hobby and, later, a career.

“As an adult, I didn’t use it until 1998 when I bought the [Star Wars] X-wing fighter,” Lopes said. “From there, I just bought more and more kits, and then I started building my own creations and stopped building the kits.

His background has helped him in his new path. While many Lego artists design things digitally, Lopes doesn’t, instead leaning on skills he obtained in his past.

“I visualize everything,” Lopes said. “I consider myself a visual artist, so just walking downtown here in Charleston, I’ll look around and look at buildings and I see them in Lego or I could draw them out and paint them. Most of my work starts out as a sketch on paper. I don’t use any CAD programs, and I attribute that all to my artistic background.”

In addition to the display of countless detailed creations, vendors will be selling an assortment of Lego products, such as minifigs, bricks and complete sets.

James Cullin is the co-owner of Brixalotl, a company specializing in the sale of minifigs and other Lego bricks online. Cullin enjoys events like these, something he says most people don’t know are part of the hobby.

“I think that Lego is more than just your kid’s toy, more than just something you might’ve gotten on your birthday,” Cullin said. “It doesn’t have to be big, it could be a certain type of thing you’re into, a certain series. You don’t have to fill your house with Lego, although quite a few people do. It’s as much of a display piece and an adult thing to look at as it is for kids.”

For more information on the event, visit brickuniverse.com/westvirginia.