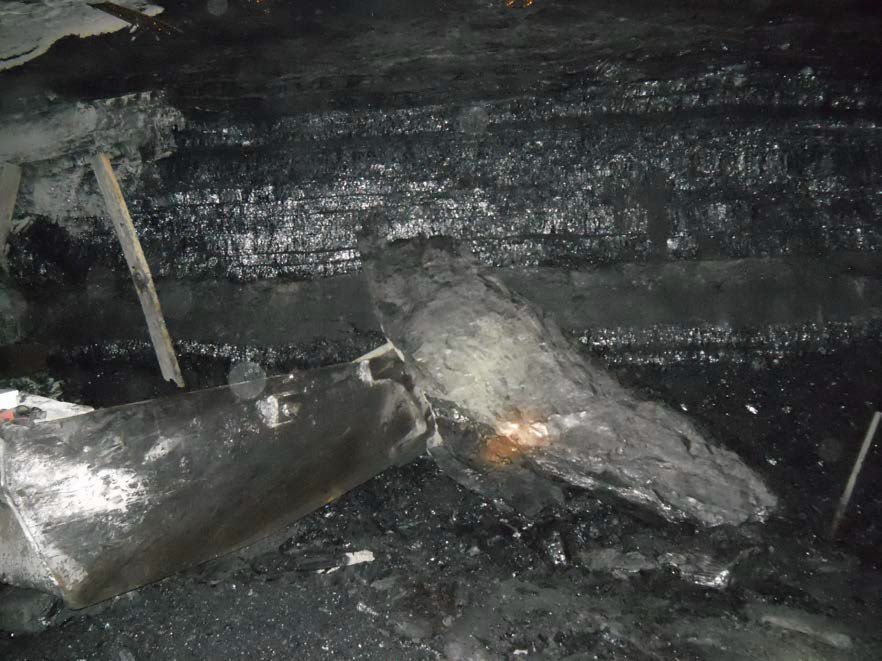 Coal miner Joseph Cassell was killed when a piece of rock from the mine wall fell on him at the Rhino Eastern Eagle No. 1 Mine in Raleigh County in June 2011. 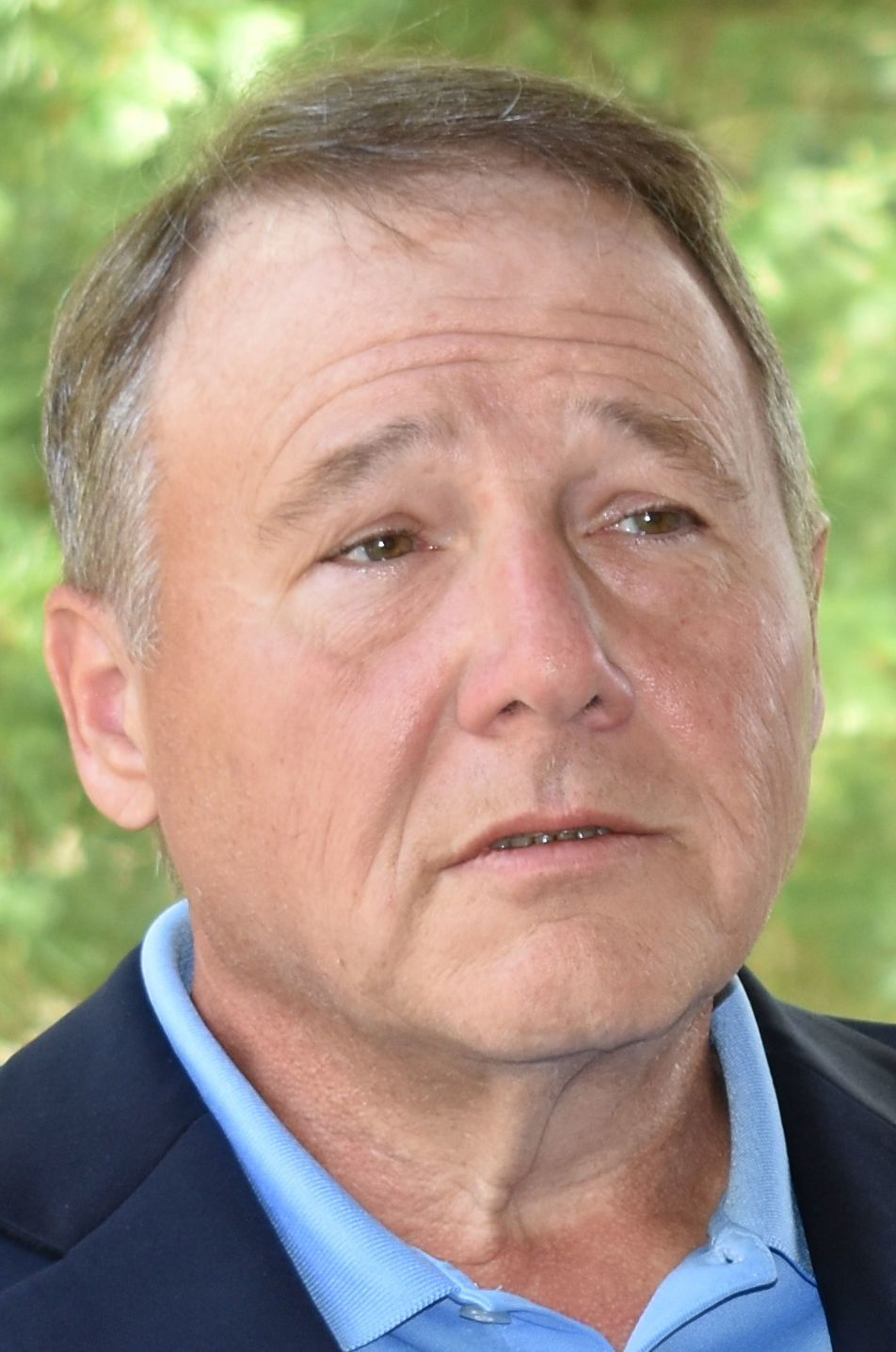 It was shortly after 1 a.m. on June 27, 2011. Crew leader Joseph Cassell was a couple of hours into his shift at the Rhino Resource Partners Eagle No. 1 Mine near Bolt, in Raleigh County.

Cassell and several co- workers were cleaning up rock that had fallen from the mine walls during an earlier shift. Suddenly, one of the other workers, Tony Lester, heard the sound of more rock falling and called out a warning.

The falling rock from the mine wall hit Cassell, pinning him down. Cassell died from his injuries. Lester and a third miner, Guy Brunty, narrowly escaped being hit by the collapsing wall, a federal report later said.

Investigators from the U.S. Mine Safety and Health Administration cited Rhino Resource subsidiary Rhino Eastern LLC, which operated the mine, for not making sure the mine walls were adequately supported. Rhino paid a $44,500 fine.

At the time, one of the top executives at Rhino was a man named David Zatezalo. A West Virginia native, Zatezalo has spent his adult life working in various management posts in the coal industry. Cassell’s death at the Eagle No. 1 Mine wasn’t the first time a miner was killed on the job at one of Zatezalo’s mines, and it wouldn’t be the last.

Now, President Donald Trump wants Zatezalo to run MSHA. On Wednesday, the Senate Committee on Health, Education, Labor and Pensions has scheduled a confirmation hearing on Trump’s nomination of Zatezalo to serve as assistant secretary of labor for mine safety and health.

Senate Democrats have signaled that they might pose some tough questions to Zatezalo, having sought details from Labor Secretary Alexander Acosta about the safety history at the nominee’s mines.

In a Sept. 22 letter to Acosta, senators asked for information about Cassell’s death, and about mining deaths at a surface mine in Kentucky in June 2007 and at underground mines in Ohio in 2001 and Kentucky in 2003.

Neither the National Mining Association nor the United Mine Workers union have announced a position on Zatezalo’s confirmation.

Sen. Joe Manchin, D-W.Va., has said he reviewed Zatezalo’s qualifications and record and is “not convinced that Mr. Zatezalo is suited to oversee the federal agency that implements and enforces mine safety laws and standards.” Manchin is not on the HELP committee, but said he would vote against confirmation when the matter reaches the Senate floor.

Trump administration officials have declined to answer questions about Zatezalo’s nomination, and during an earlier interview, Zatezalo also did not want to delve into those details.

“I am quite pleased and happy that President Trump has chosen to forward my name on and advance me,” Zatezalo said. “I did seek it out and I look forward to being able to represent the health and safety interests of what I consider to be one of America’s great workforces.”

Zatezalo, 62, lives in Wheeling now, but he grew up in Weirton. He earned a mining engineering degree from West Virginia University and a master’s in business administration from Ohio University.

He began his mining career in 1974 as a union laborer at Consolidation Coal. Later, he moved into management and became a top official at the former coal holdings of American Electric Power.

Zatezalo is listed as director of mining operations or mine general manager in MSHA investigation reports on three miner deaths at AEP mine sites between 1999 and 2003. A fourth death occurred at one of AEP’s mines in 2002, at a time when Zatezalo was listed as a top officer.

For example, Keith Little was killed on Aug. 30, 2002, when the coal truck he was driving rolled over a mountaintop removal embankment and down an 800-foot hill at AEP Kentucky Coal’s Elswick Fork Mine, in Pike County, Kentucky. AEP Kentucky Coal and a contractor were cited after MSHA investigators concluded that the berm “was not sufficient to restrain” the large trucks used at the mine.

MSHA’s report on the death said the berm in the area ranged from zero to 20 inches high “and was very narrow in width,” while the largest vehicles used at the mine had an axle height of 34 inches. AEP Kentucky Coal paid a $14,000 fine, MSHA records show.

At the time of the fatality, AEP Kentucky Coal was not mining coal at the site and was reclaiming the operation. The company had received a “cessation order” from the federal Office of Surface Mining “for allowing silt from the reclamation site to enter the local watershed.” Activities of the company and its contractor “were focused on rapidly correcting the conditions leading to the citation,” according to an MSHA report.

In March 2007, Zatezalo joined Rhino Resource Partners, a company where he served in various roles as an officer of its general partner, Rhino GP and its Rhino Energy arm, according to federal mine permit records. He was a chief operating officer, then president and CEO starting in May 2010, and then chair of the board of directors starting in October 2013, according to corporate filings with the U.S. Securities and Exchange Commission.

Cassell’s death at Rhino’s Eagle No. 1 Mine occurred a little more than six months after MSHA had issued a letter to warn that the mine had committed a “pattern of violations” and might soon face tougher enforcement actions from federal inspectors.

In its official report on Cassell’s death, MSHA noted that the mine did not have a roof-bolting machine capable of installing bolts horizontally into the mine wall, or rib. So, the bolts were installed manually, using a hydraulic drill. Because that process required workers to “apply pressure physically” to drill the holes and install the rib bolt, the bolts were placed “in the softest areas of the rib to make installation easier.”

“The portion of the rib that struck the victim had three bolts installed near the bottom of the top of the split of coal,” the federal report said. “The location of the rib bolts was inadequate to support the weight of the broken rib material properly.”

In late August 2011, two months after Cassell was killed, MSHA issued another “pattern of violations” warning letter to the Eagle No. 1 Mine.

MSHA said the mine had improved after the first warning letter was issued, but then “failed to maintain those health and safety improvements” for long.

Asked in an interview last month about the problems at Rhino’s mines, Zatezalo said, “I won’t speak to it, except to say that any problems that existed at Rhino were properly addressed.”

The following year, Zatezalo touted what he said were improved safety results. During an August 2012 conference call, he told industry analysts that Rhino’s accident rate was down and its compliance with MSHA rules was up.

“I’d like to congratulate all of our employees and continue to urge everyone to make the workplace as safe as possible, which we consider an important goal for us as a company and our duty as responsible management,” Zatezalo said.

A few months later, on March 22, 2013, continuous-mining machine operator Elam Jones was killed in a roof fall at Rhino’s Castle Valley No. 4 Mine, in Huntington, Utah.

Investigators found that the company’s roof-control plan was not adequate, that wide cuts of coal left inadequate support for the roof, and that mobile roof supports had been placed too far from the continuous-mining machine. The company paid $95,000 in fines.

Zatezalo retired from Rhino in late 2014.

On a party-line vote, the U.S. Senate on Wednesday confirmed longtime coal company executive David Zatezalo to be assistant secretary of Labor…