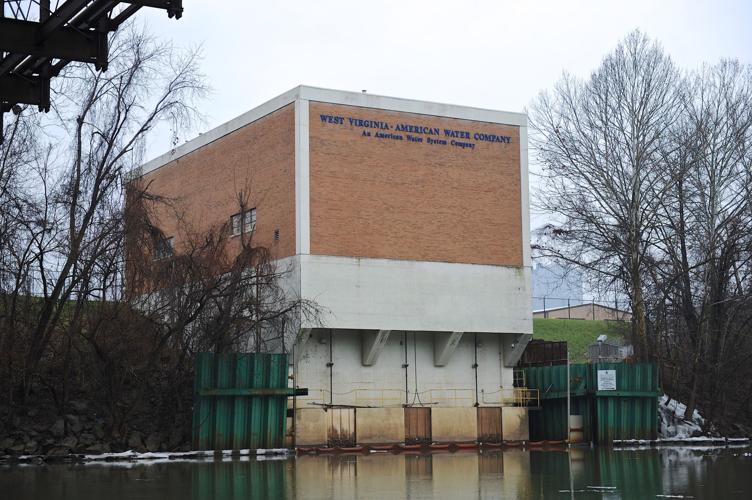 West Virginia American Water’s intake structure on the Elk River, in Charleston, where a chemical contaminant entered the system in January 2014. 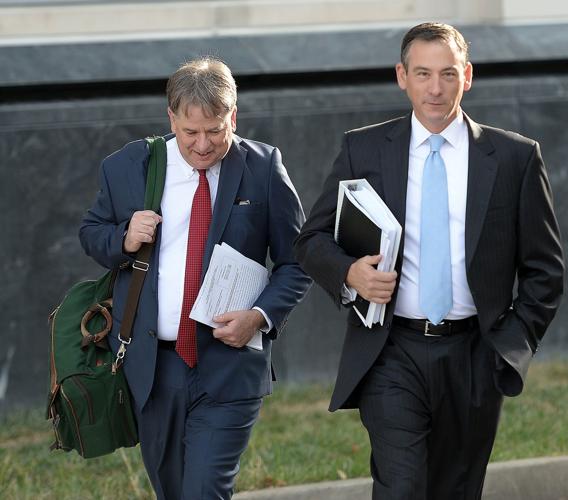 West Virginia American Water’s intake structure on the Elk River, in Charleston, where a chemical contaminant entered the system in January 2014.

Late Monday afternoon, U.S. District Judge John Copenhaver made public the “term sheets” in tentative class-action settlements with West Virginia American Water Co. and Eastman Chemical Co. The aim is to resolve litigation over the role the companies played in the water crisis that followed the Jan. 9, 2014, chemical spill at Freedom Industries.

The settlements are far from final, and there are many steps left to go before residents, businesses and workers will see any compensation. Here’s a look at what we know and what we don’t know at this point:

The total settlement amount is up to $151 million. It’s “up to” that amount because, at some point, if claims filed by residents and businesses don’t use up all the money, some of it will go back to West Virginia American and Eastman.

Of the total amount in the two settlements, $126 million of it will come from the deal with West Virginia American, its parent company and an affiliated service company. The other $25 million comes from Eastman Chemical. It’s not entirely clear yet how much of the settlement comes from insurance policies, but a new lawsuit filed by West Virginia American against one of its insurers suggests that some of the water company’s insurers are paying, but at least one of them had, as of Friday, been balking at providing coverage for the settlement.

The central lawsuit that prompted the settlement is called Crystal Good v. American Water Works Co, for a resident who was the lead named plaintiff and for West Virginia American Water’s parent company. It was set for a trial to start on Oct. 25, in which the focus was not so much what caused the Freedom Industries chemical spill, but what caused the spill to be allowed to contaminate the Kanawha Valley’s drinking water supply.

While West Virginia American and Eastman in their defense wanted to point to Freedom’s criminal negligence, the plaintiffs planned to present a detailed case about the water company and Eastman.

For example, the plaintiffs planned to present evidence that West Virginia American was treating and storing drinking water at far below its capacity in the cold days before the spill, leaving it with little in the way of backup water that would have allowed it to briefly close the Elk River intake until the worst of the spill had passed. Plaintiffs alleged that the water company, by allowing the drinking water to be contaminated, had breached its contract with its customers across the region.

The plaintiffs alleged that Eastman didn’t warn Freedom Industries that the chemical Crude MCHM that Eastman sold could corrode Freedom’s storage tanks, and that Eastman officials knew the Freedom site was in terrible disrepair but did nothing about it.

The trial itself, though, was only going to be about fault — whether the water company and Eastman were liable for the drinking water contamination. Had the plaintiffs gone to trial and won on that issue, any awarding of monetary damages could have taken much longer, through a separate legal proceeding.

Expert testimony in the pretrial phase of the case put the size of the resident class at about 224,000 people and the business owner class at more than 7,300 people.

It is not clear how many wage earners could be covered.

The water company settlement’s term sheet, though, states that a final agreement — still to be prepared by the lawyers for both sides — “will identify a proposed settlement class” that would have to be approved by the court.

Generally speaking, class actions don’t work that way. Anyone who fits into the class definition that is eventually approved by the court as the “proposed settlement class” would automatically be part of the case. The intent of the settlement is to resolve all litigation over the water crisis with Eastman and West Virginia American. This includes not just the “Good” case that was set for trial, but a variety of other cases that were pending in state and federal courts.

At least one case has already been identified as not being part of the settlement, one brought on behalf of the West Virginia Hospitality Association. People who fall within the definition of the class also will have an opportunity later to “opt-out” of the settlement. But the term sheets also indicate that, if enough people do that, the defendants can decide to pull out of the deal. For example, if more than 1,100 claimants opt-out of the Eastman settlement, Eastman can terminate its obligation to pay. West Virginia American can back out of the deal if either 900 individuals or 250 businesses opt-out of the settlement.

Lawyers in the case say the money is intended to compensate residents, businesses and workers for a variety of losses caused by the drinking water contamination, during the up to week-long period that parts of the region were under a “do not use” order to use tap water only for flushing toilets or fighting fires. For example, some residents bought large quantities of bottled water. Others might have relocated for part of the time to a hotel outside the “do not use” area. Some residents sought medical attention after being exposed to the chemicals. Many businesses that rely on water — restaurants, for example — had to close. Workers at those establishments didn’t get paid.

The Eastman term sheet says the $25 million in that part of the deal is for payments “limited to damages arising from physical harm to person or property.” Prior to trial, Eastman had argued that it could not be forced by a jury to pay purely “economic losses,” or monetary losses in the absence of physical harm to person or property. But Copenhaver ruled that contamination of one’s tap water could be considered physical damage to property, allowing such claims if there had been a trial. The language also means that a business that had to shut its doors has a claim for lost profits, because the physical invasion of their water triggers that ability to claim business losses.

The settlement also allows compensation for “wage earners,” even though Copenhaver had thrown out those claims against West Virginia American had there been a trial.

That’s not entirely clear yet.

Both settlements refer to an administrator who would manage the processing of claims and distribution of funds. The West Virginia American term sheet refers to payment of claims being made “through an agreed-upon claims process to be administered by an agreed-upon administrator.” The parties also are to agree to a process for notifying the class members and attempting to “maximize participation” in the settlement process.

West Virginia American will pay $50 million for “claims-based payments” to class members. These are for class members who do not want to accept the standard payments from the guaranteed fund and want to provide “appropriate objective documentation” of other — presumably larger — losses. The parties still need to negotiate the criteria for the settlement administrator to use in deciding on these sorts of claims. The claims-based payments can go to residents and businesses, and this also is the portion of the settlement that would cover wage earners, who also would have to provide documentation of their lost wages.

Yes. The lawyers will get paid. It’s not clear how much. One attorney in the case estimated that the plaintiff class lawyers have spent more than $1 million preparing to go to trial. Legal fees and costs for the plaintiff attorneys will come out of the $151 million settlement amount — but the lawyers must petition Copenhaver and receive court approval for the amounts before they are paid. Defense lawyers also are being paid, presumably on an hourly basis by Eastman and the water company.

Freedom Industries, the corporate entity, was not sued in the federal court case that was set for trial, a move that allowed the case to move forward much more quickly, while other lawsuits over the spill that did name Freedom were delayed by an automatic stay of litigation while Freedom was in bankruptcy court.

Two top Freedom Industries officials, Gary Southern and Dennis Farrell, were named in the case. But Southern and Farrell settled with the plaintiffs. They paid a total of $400,000 that was to be placed into a court account, and then used only “to benefit the class.” It’s not yet clear how that money will be used, and Copenhaver hasn’t formally approved that settlement. Southern and Farrell also gave up their claims to any of Freedom’s insurance money, a move that freed up $3 million in insurance money to help clean up the company’s former Etowah River Terminal on the Elk River, where the spill occurred.

Attorneys for all sides will expand their “term sheet” documents into actual, formal settlement documents that will be much longer, more complicated and more detailed. Copenhaver has ordered the parties back to another closed-door meeting with him on Nov. 14 to check the progress on that. The judge is pushing for quick action on these matters, in part by continuing jury selection in the case until Dec. 5, rather than simply dismissing that process.

Once an actual settlement document is put together, the process of settling a federal court class-action case is governed by Rule 23(e) of the Federal Rules of Civil Procedure. Notice must be given “in a reasonable manner” to all class members, and the court can approve the settlement only “after a hearing and on finding that it is fair, reasonable, and adequate.” Class members must have an opportunity to request to be excluded from the terms of the deal.

At this point, class members don’t need to do anything to either be included or excluded or to file claims. They should just watch for the public notice.

No. An investigation by the West Virginia Public Service Commission continues, although a date for formal hearings has not been set.

Moved and bought a home? Here's what you should know

Older Americans Month: Am I too old to be an organ, eye and tissue donor?