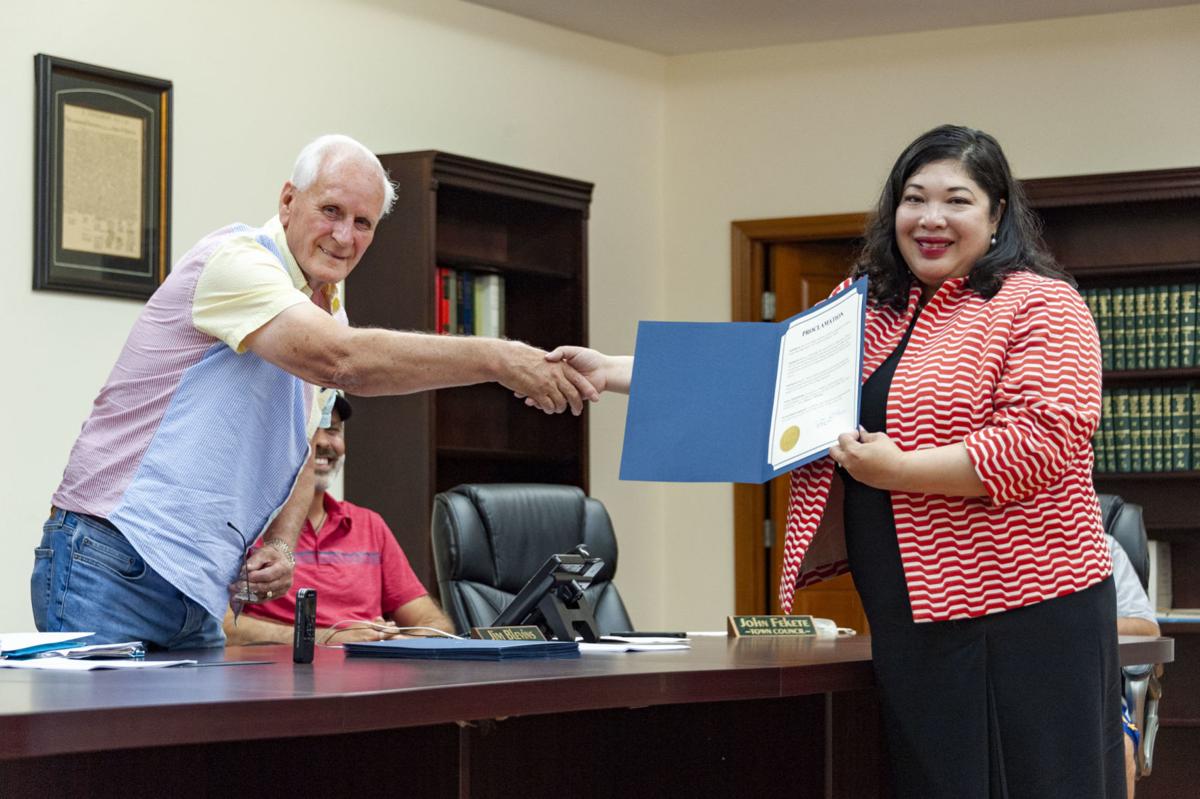 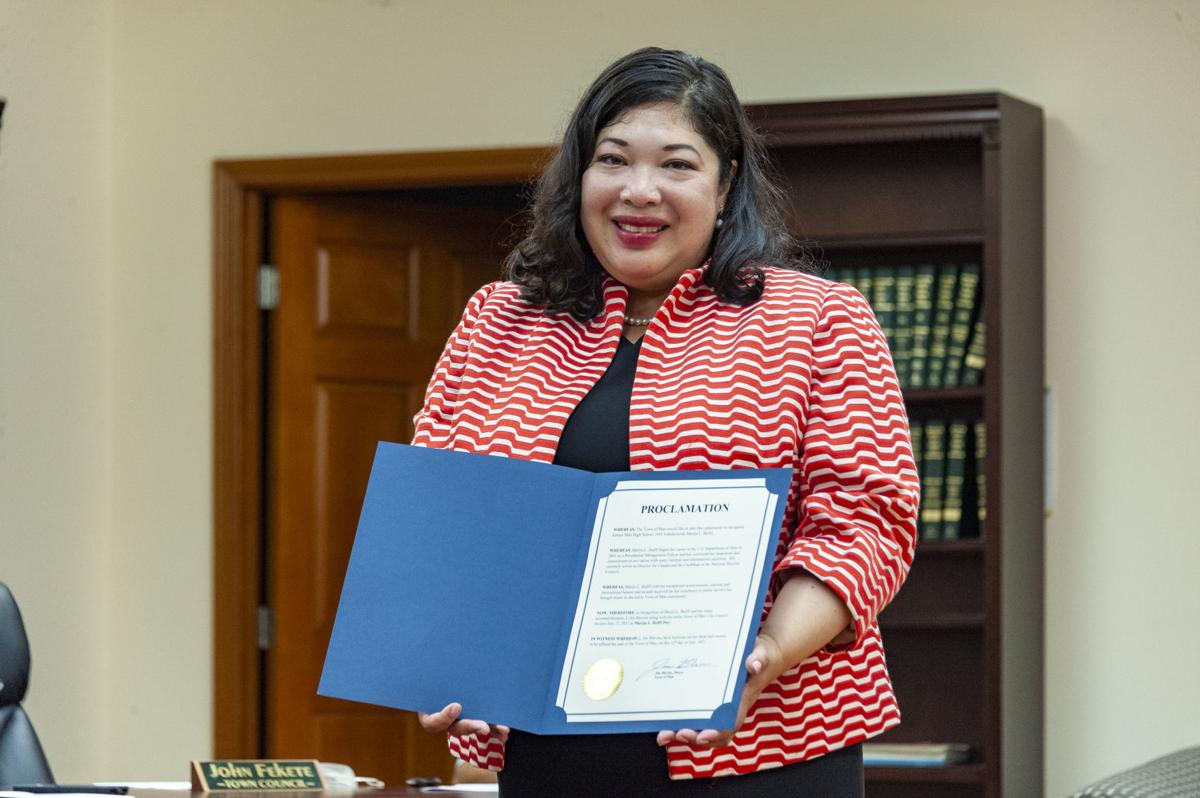 Mariju L. Bofill holds up a copy of a town proclamation in her honor on July 12.

Mariju L. Bofill holds up a copy of a town proclamation in her honor on July 12.

MAN — The Man Town Council recently presented a proclamation to Mariju L. Bofill, a Man native with a 20-year ongoing career with the U.S. State Department.

After graduating as the 1995 valedictorian of Man High School, Bofill received her bachelor of arts degree from Transylvania University in Lexington, Kentucky, and her juris doctor from the American University Washington College of Law in Washington, D.C. She then began a career at the U.S. State Department as a Presidential Management Fellow in 2001.

Most recently, Bofill has served as the director for Canada and the Caribbean at the National Security Council under both administrations of Donald Trump and Joe Biden. In this role, she has been responsible for overseeing bilateral and multilateral relationships in the Western Hemisphere.

She also used her expertise on the Western Hemisphere to serve as chief of staff for the Bureau of Western Hemisphere Affairs at the U.S. Department of State. She was the first Foreign Policy Advisor to be deployed on the U.S. Navy hospital ship, the USNS Comfort, for the Enduring Promise 2018 mission.

Countries where Bofill has served in diplomatic assignments include Brazil, France, Ecuador, Mexico and Greece, and now, she is getting the chance to go to Santiago, Chile, where she has been assigned as the political and economic counselor at the U.S. Embassy.

During the Man Town Council’s regular monthly session last week, council and Mayor Jim Blevins presented a proclamation declaring July 12 as Mariju L. Bofill Day in the town of Man. Surrounded by her family, Bofill, emotional at times, thanked the town of Man.

“To know that my hometown … is recognizing me now, what a beautiful proclamation for what I’ve been doing for my country,” Bofill said. “It means so much to me, because you should know that this town made me.

“I grew up in southern West Virginia, and I know that that’s made me the diplomat that I am,” Bofill added, “because I know how to deal with people from every walk of life, and from every experience, and nothing has made me a better person than having grown up here.”

Bofill is the recipient of multiple superior and meritorious honor awards and the Joint Civilian Service Achievement Award from the Office of the Chairman of the Joint Chiefs of Staff for her contributions to the U.S. Southern Command. She speaks Spanish, Portuguese, French and Tagalog.

She is currently a 2020-2021 fellow with the Massachusetts Institute for Technology Seminar XXI.

HD Media news reporter Dylan Vidovich can be contacted via email at dvidovich@HDMediaLLC.com.