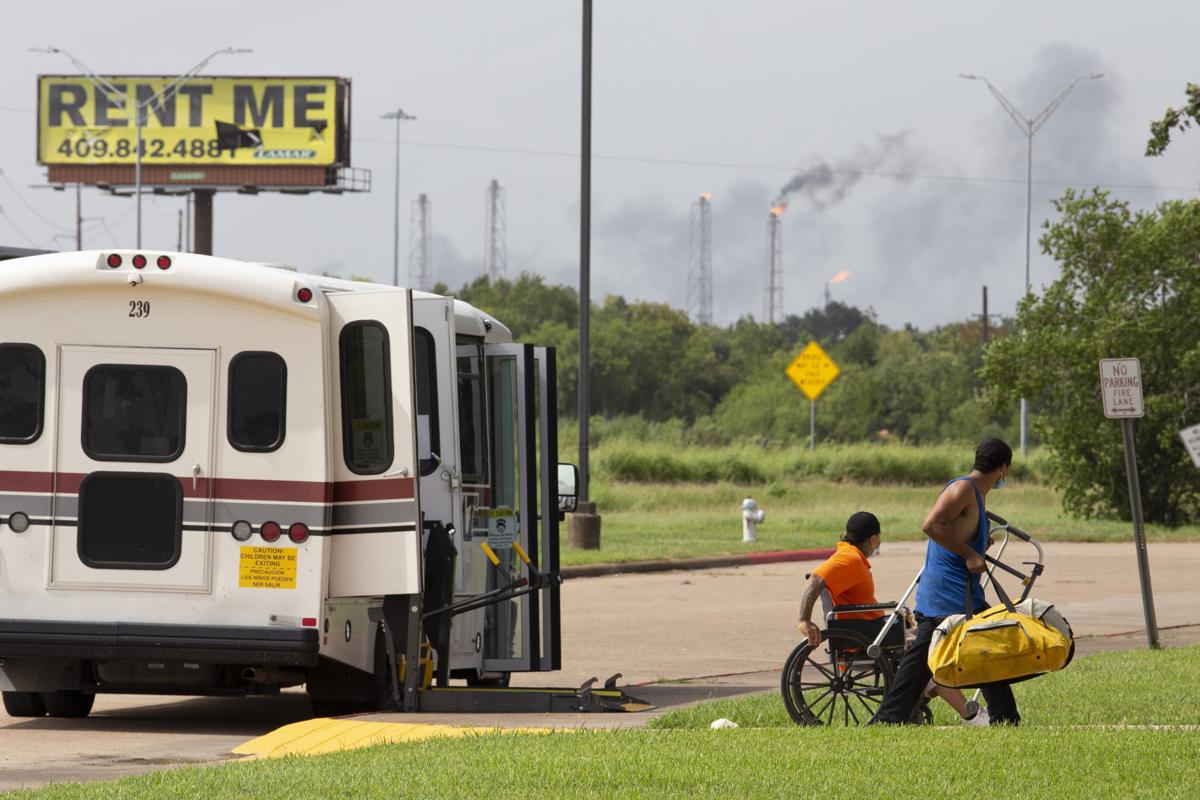 A refinery flares in the background as residents arrive for the last evacuation buses in Port Arthur, Texas, as Hurricane Laura approaches on Wednesday. 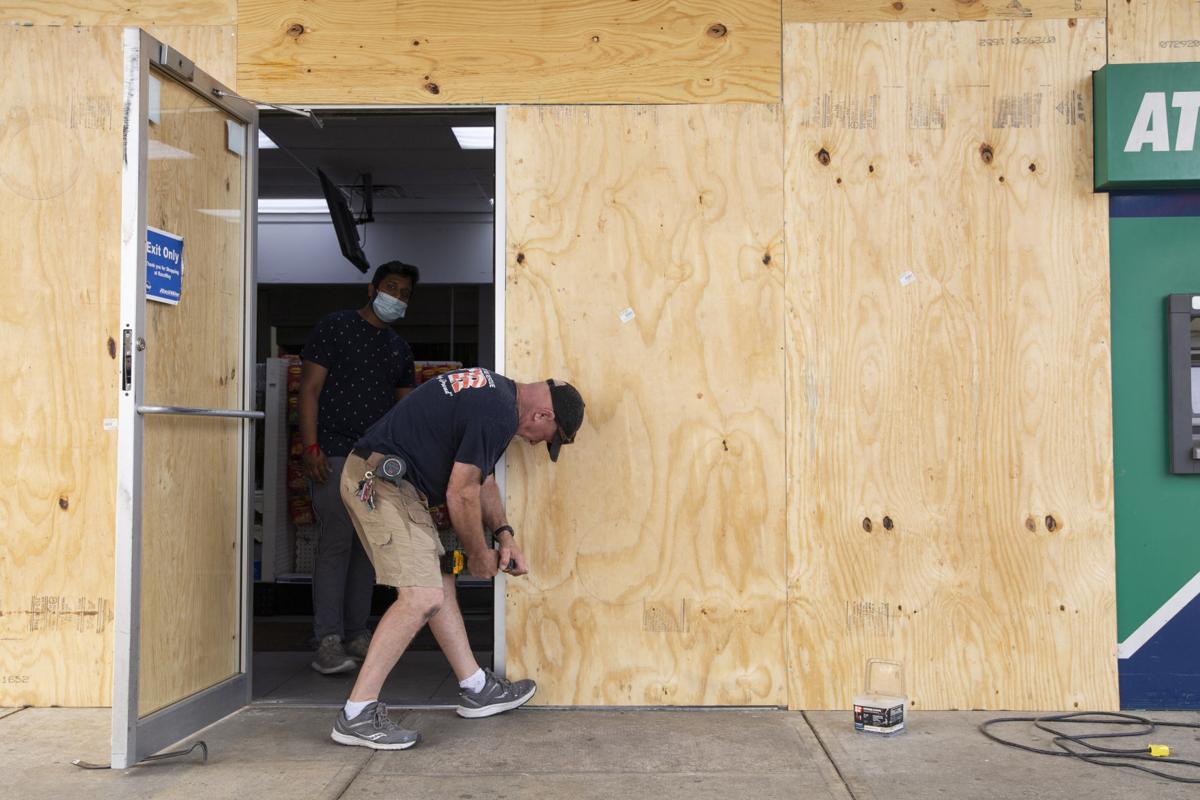 A refinery flares in the background as residents arrive for the last evacuation buses in Port Arthur, Texas, as Hurricane Laura approaches on Wednesday.

Hurricane Laura was rapidly strengthening Wednesday and was poised to strike the upper Texas coast and western Louisiana with a ferocity that has not been seen in this region in more than a decade.

The storm, which has leaped from a Category 1 to a Category 4 since Tuesday, was forecast to make landfall between Houston and Lake Charles, Louisiana, Wednesday night or early this morning. Hurricane and storm surge warnings cover much of this zone.

Beaumont and Port Arthur, Texas, which were severely damaged during Hurricane Harvey in 2017, could be near the point of landfall, where officials have ordered evacuations.

Depending on the timing of the storm, Laura could strike near high tide, inundating coastal areas of western Louisiana to the Texas border with 15 to 20 feet of water. The National Hurricane Center warned of an “unsurvivable” surge with “large and destructive waves.”

Laura also was expected to unleash a narrow swath of destructive winds over 120 mph near where it made landfall, and hurricane-force winds could charge inland this morning.

Heavy rain was predicted to be widespread across the west-central Gulf Coast with 5 to 10 inches falling over the area, and locally up to 15 inches, leading to areas of flash flooding.

Laura’s landfall was expected bring destructive winds in a narrow zone around its eyewall. Here, winds could be sustained over 100 mph with gusts over 120 mph. The most intense winds were expected to occur along the coast, but gusts to 100 mph could extend several counties inland.

By Wednesday evening, most computer models had converged on a landfall forecast near the Texas-Louisiana border, although slight shifts were possible, and the entire zone from Galveston, Texas, to Lake Charles, Louisiana, were told to be prepared for extreme winds. The Beaumont-Port Arthur area of Texas was warned it could be hit particularly hard.

Texas Gov. Greg Abbott urged people in the state’s coastal areas to evacuate before the storm made landfall, warning that it was the last chance “to get out of harm’s way.”

Abbott said at a news conference Wednesday that county judges — Texas’s version of county executives — had expressed worry that some people who were staying at home did not fully understand the storm’s danger. Abbott, a Republican, reminded residents that first responders would have limited ability to conduct evacuations overnight, at the predicted height of the storm.

“We urge everybody who may be in harm’s way to take these few last hours to get out of harm’s way,” he said.

More than 5,000 people had taken shelter inland with the state’s assistance, and officials were prepared to receive more, Abbott said. Amid reports that Austin was turning evacuees away because of a lack of space, Nim Kidd, chief of the Texas Division of Emergency Management, said the city ran out of reserved hotel rooms because some people went straight to hotels without going through the city’s official relocation process.

“While we had believed we had rooms reserved, those rooms were being filled up by other people that were evacuating,” Kidd said.

Kidd added that his department had talked with Austin officials about possibly using the city’s convention center to temporarily house evacuees until they find more hotel rooms in the area. Officials will offer coronavirus testing if they open the convention center or other settings that would house a large number of people, he said.

The state also is coordinating with hotels in Hays and Williamson counties and probably also will work with hotels in Bell County, Kidd said. He noted that Dallas hotels were at 39% capacity early Wednesday afternoon.

“There are plenty of hotel rooms across the state of Texas, and we’re just going to keep load-balancing this out as we get people out of harm’s way,” Kidd said.

The region in southeastern Texas where Hurricane Laura is expected to make landfall was ravaged by Harvey in 2017 and faces other challenges that could worsen the affects of the new storm.

The risks were especially high for Port Arthur, Texas, which is still grappling with the fallout from Harvey. The coastal city was under a regional evacuation order, with officials warning of a storm surge that could stretch more than 30 miles inland.

Port Arthur has yet to fully recover from the record rainfall and strong winds that left the city of roughly 55,000 people underwater for days in 2017.

More than 80% of homes were damaged, tens of thousands of residents were displaced and the city lost much of its fleet of garbage trucks and police cars in the disaster. After a year, trash collection and other critical public works were just beginning to come back online, as then-Mayor Derrick Freeman told NPR at the time. A 2018 city recovery plan estimated the destruction at $1.3 billion.

Damaging wind was expected to cause mass power outages and creep deep into the central United States.

“Hurricane-force winds and widespread damaging wind gusts are also expected to spread well inland into portions of eastern Texas and western Louisiana early Thursday,” the National Hurricane Center wrote Wednesday. Pockets of damaging winds could spread through the Tennessee Valley and into the Mid-Atlantic.

The Weather Channel’s Jim Cantore tweeted: “Millions of you will lose power even after the storm loses its tropical characteristics.”

More than a half-million people were ordered to leave coastal areas in Texas and Louisiana. They had little time left to flee, with tropical-storm-force winds already moving ashore.