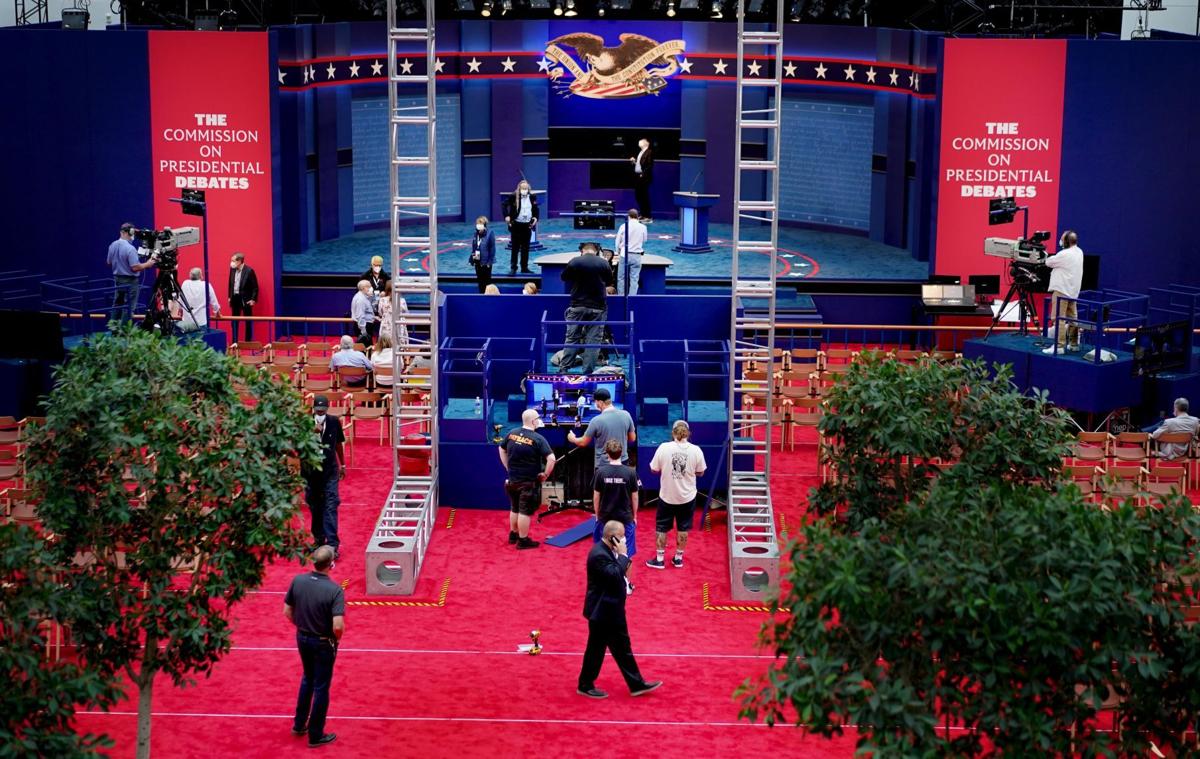 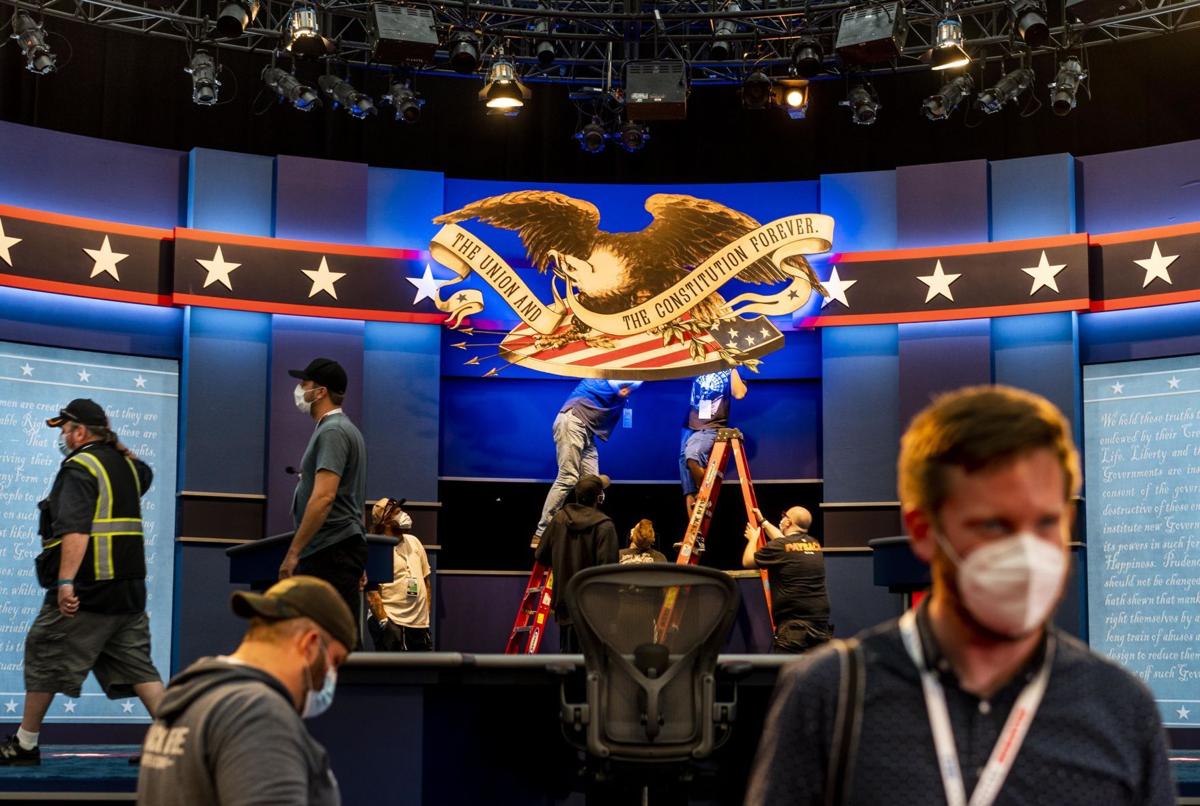 WASHINGTON — President Donald Trump heads into his and Joe Biden’s first debate on defense as he fights off attacks stemming from a report that he avoided federal taxes for years and has racked up more than $400 million in debt, potentially putting his family-run business on shaky ground.

The report gave Biden, his Democrat opponent, a fresh line of attack and left Trump struggling to defend himself on an issue that has dogged him throughout his presidency.

For Trump, who has fought to keep his tax records private, a report showing that he had paid $750 in federal income taxes in 2016 and again in 2017 posed a threat to his image as a successful businessman and “America First” patriot. The revelations appeared to take his campaign by surprise, jolting the race just days after Trump announced his choice to fill a Supreme Court vacancy.

“The Fake News Media, just like Election time 2016, is bringing up my Taxes & all sorts of other nonsense with illegally obtained information & only bad intent,” Trump wrote on Twitter Monday, a day after declaring the report made up and false. “I paid many millions of dollars in taxes but was entitled, like everyone else, to depreciation & tax credits.”

Campaign aides echoed a similar message — downplaying the report, attacking the news media and defending the president’s use of various efforts to reduce his tax burden. Some used the focus on Trump’s personal finances to revive attacks on the business dealings of Biden’s son, Hunter — something the president has said he plans to focus on during Tuesday’s debate.

Trump and his aides say the president had limited preparation for his first faceoff with Biden, relying instead on his daily activities and interactions with an aggressive press corps. But Tuesday’s event at Case Western University in Cleveland might be the first time Trump is directly pressed on some of the key questions from the new documents — including whether it is appropriate for a billionaire to pay less in taxes than families earning less than $50,000.

The ad showed the typical income tax burden for professions including teachers, firefighters and nurses — comparing those figures, all averaging more than $5,000, to Trump’s $750 bill.

“How much more did you pay in taxes than President Trump?” Biden wrote on Twitter, linking to a website with a “Trump Tax Calculator.”

How effective such attacks will be against the president remains to be seen, with political analysts highlighting that many Americans have already made up their minds about the campaign. Trump has defended his tax avoidance strategies in the past, saying in 2016 that they make him “smart.”

“On the substance, I don’t think it will matter that much,” said Doug Heye, a GOP strategist and former spokesman for the Republican National Committee, adding that the bigger challenge for the president is that the tax story could sap the momentum created by his nomination of Judge Amy Coney Barrett to the U.S. Supreme Court.

Still, Heye said, the debate setting might force Trump to address the clear discrepancy between the tax records showing massive losses and his claims of unparalleled business acumen.

The Times story included several bits of information Democrats have seized on, leading Trump’s allies to defend the president’s business dealings and use of the tax code.

The report found that Trump reduced his income by deducting questionable expenses, including more than $70,000 for hairstyling and hundreds of thousands of dollars in consulting fees paid to family members. Trump’s golf courses and hotel businesses have steadily lost money, and the president has more than $400 million in loans and debt that are set to come due in the next few years. Trump is still fighting the IRS over a $72.9 million tax refund he was granted in 2010, according to the Times’ report.

“This is almost exactly the same bogus story about the President’s taxes that The New York Times rolled out right before the first debate in 2016, and it didn’t work then either,” he said in a statement. “When he ran the first time, he released more than 100 pages of financial documents and the American people judged for themselves and elected him president.”

Alan Garten, a lawyer for the Trump Organization, also sought to dismiss the article, saying in a statement that it is “riddled with gross inaccuracies.” Garten and Murtaugh said Trump has paid tens of millions of dollars in taxes, claims that could not be verified because Trump has refused to release his tax returns.

Trump defended himself against the allegations that he faces a precarious debt burden, something several Democrats have claimed is as a potential national security threat should he win a second term.

In a tweet, Trump called his financial position “very IMPRESSIVE” and denied that he is struggling.

“Also, if you look at the extraordinary assets owned by me, which the Fake News hasn’t, I am extremely under-leveraged — I have very little debt compared to the value of assets,” he wrote.

Biden has been intensifying efforts to cast himself as a populist and challenge the president’s appeals to white, working-class voters in the Upper Midwestern battleground states.

“I view this campaign as a campaign between Scranton and Park Avenue,” Biden said at a CNN town hall this month, casting Trump as a defender of Wall Street.

Trump is seeking to reset the race with an aggressive debate performance Tuesday.