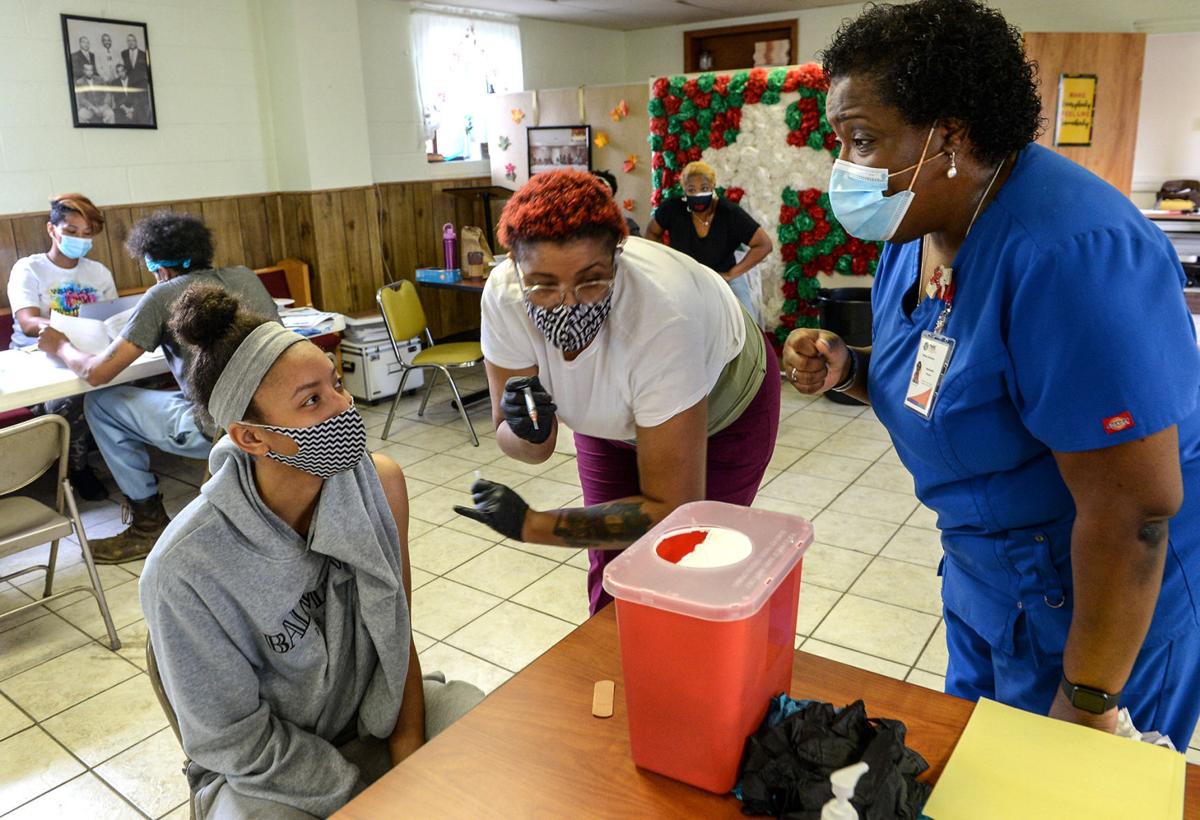 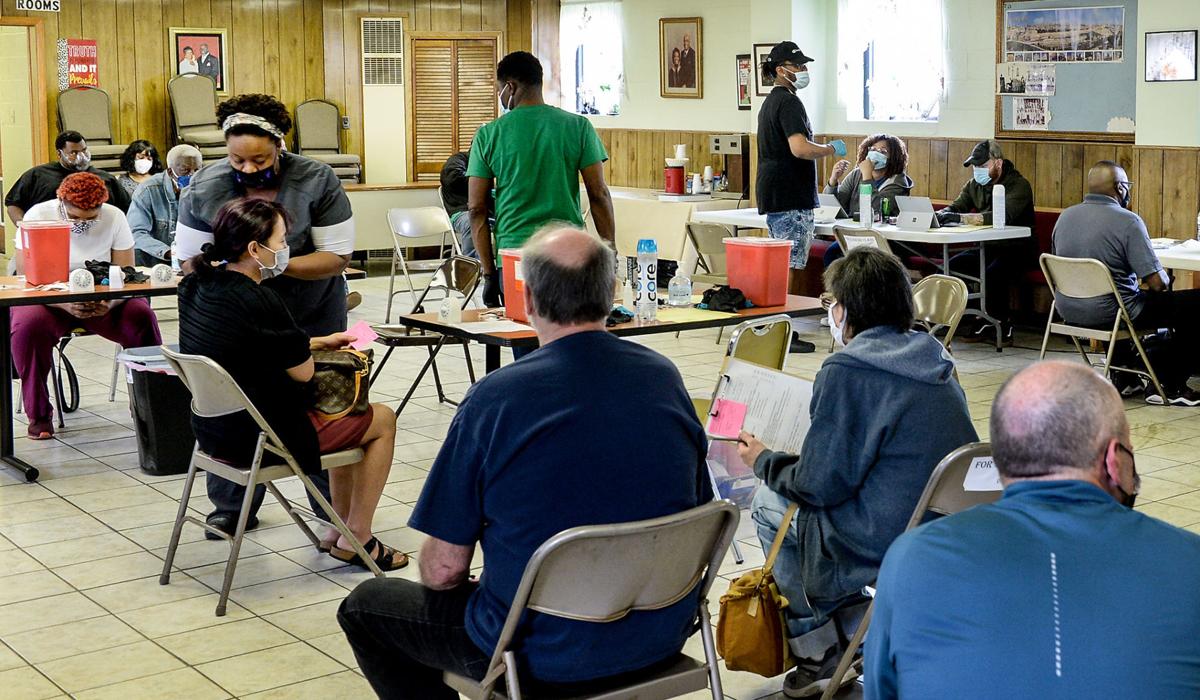 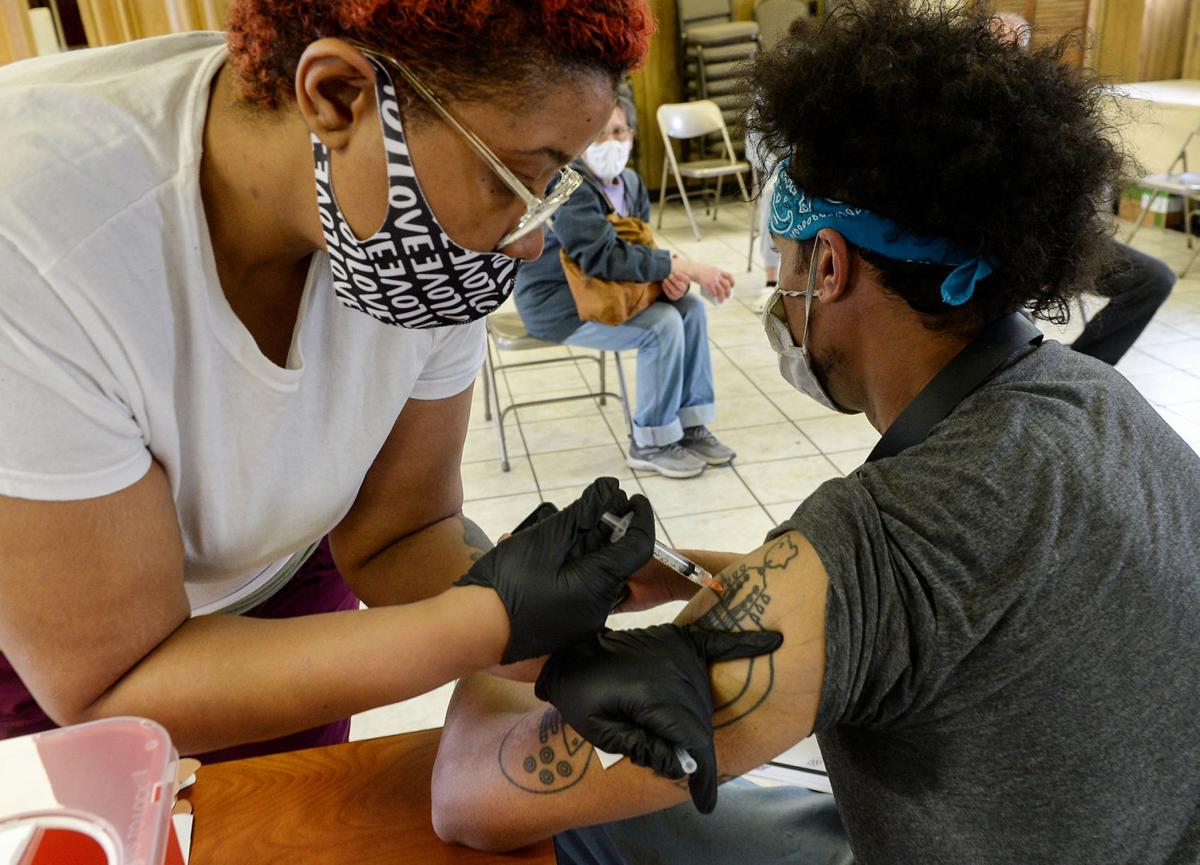 COVID-19 vaccinations now are available to West Virginians older than 16, but disparities persist.

While Black people make up 3.6% of the state population, they compose just 2.1% of those vaccinated, according to state Department of Health and Human Resources statistics. Federal Centers for Disease Control and Prevention data show Black people are more likely than white people to contract COVID-19 and be hospitalized and die from the virus.

“Dismal. That is disappointing and those numbers are just dismal,” said Rick Martin, former president of the Charleston NAACP. “It’s alarming knowing what we already know here, that African Americans are going to suffer the most because of this.”

Calhoun and Webster counties — home to 28 and 41 Black people respectively, according to census data — have yet to vaccinate a Black resident, according to the state.

At least 20% of white residents in all 55 counties have received a vaccine dose. Only 22 counties have vaccinated Black or minority populations at the same rate.

Ten counties have vaccinated more than half of white people. No counties have done the same for Black people. The consequences could be felt with the state largely reopened and case rates again rising.

“Everything is opening back up now, like we braved the storm, and we’re seeing what may be a new normal, but is it really?” Martin said. “Or are we waiting for the next to hit? And when it does, who is going to bear the brunt of it?”

Questions like those are on the mind of Teresa Johnson, of Rand, a nurse who has helped organize vaccination events for her community.

“We don’t know what’s coming for us, but we know this virus isn’t gone, and it’s dangerous to pretend it is,” Johnson said.

Johnson works with the Partnership for African American Churches, a nonprofit, faith-based organization that has led vaccination efforts.

“We know that some people, they’re nervous or unsure of getting a vaccine, and I do think it helps to have a church involved, or some other group they’re familiar with,” Johnson said. “People are comfortable at their church. They see people they recognize, and who know them.”

Churches frequently are integral — and trusted — sources of information. In Rand, while Johnson worked with Levi Baptist Church on a recent clinic, her team also worked with other area churches to call on congregants and others to get vaccinated.

This word-of-mouth approach for vaccinations isn’t new. Some leaders — such as the Rev. Matthew Watts on Charleston’s West Side — have been using this approach in vaccination pushes for months.

The state spent more than $750,000 on the Everbridge system, a vaccine registration tool that allows people to sign up online and wait for a call to schedule appointments, rather than continuously calling health departments and hoping to get through.

As West Virginia garnered national attention for its vaccine rollout, Everbridge was partially to thank. But some people have opted to operate outside the system since the beginning. State officials said the software is being phased out.

“The messaging, the directions, I think, weren’t as clear as they could have been,” Johnson said. “If people were supposed to use that system, and it was supposed to work, we should have been checking every day that everybody could use it.”

In the Eastern Panhandle, a team of five volunteers at the Jefferson County branch of the NAACP takes calls to sign people up for Everbridge, said Carolyn Togans, who is coordinating the effort.

“Some don’t have computers, or — they’re not listening to [Gov. Jim Justice’s press briefings] every day — they didn’t know what to do,” Togans said. “We are here to do whatever we have to do to get vaccinations up for our people.”

Poor and minority communities have learned to adapt to get their needs met, Martin said.

“It is very organic, I think, and there is some direction coming from different groups, but overall I believe this shows how we know we have to do our own work, take care of our own,” Martin said. “[State leaders] have shown us over and over again they do not care. They do not care about our health, and none of this started with the pandemic.”

The state, Martin said, needs to reevaluate how it connects with minority communities. Throughout the pandemic, Martin said, he has not seen a Black healthcare provider invited to talk to the public.

“And they are out there. We have many accomplished and well-respected people who would do it,” Martin said. “The state never thought of that though, and what that could show people.”

“It raises questions on the effect of contact tracing, of understanding the virus. With new strains, because they’re here, how are we detecting them and their spread?” Martin said. “These are very real concerns with real ramifications.”

McDowell County — home to the most Black West Virginians per capita — is giving more of its vaccine doses to Black people than any other county.

There, the Rev. Timothy Hairston knows better than most what is on the line with the vaccine. He spent weeks in the hospital with COVID-19 last year.

“I was laying there, and it was the scariest moment of my life when I had to call my wife of 33 years from that bed and tell her I could die. That this might be goodbye,” Hairston said. “She’s my partner. My everything. The virus could have taken all that away from me.”

Hairston said his lungs still are “ravaged” and his energy has yet to fully return. He has regular checkups to ensure his recovery continues.

He is waiting for his doctor to give him the OK to get vaccinated. In the meantime, he’s telling everyone he encounters to get the vaccine.

“I tell them go. Go and get it. Some people don’t think it’ll happen to them, or they’ll be just fine, but I beg them not to risk it,” Hairston said. “I don’t want anyone to go through what I did, and we can be protected from it now. I’m telling you, you don’t want to know what this virus can do to your body. Your life.”