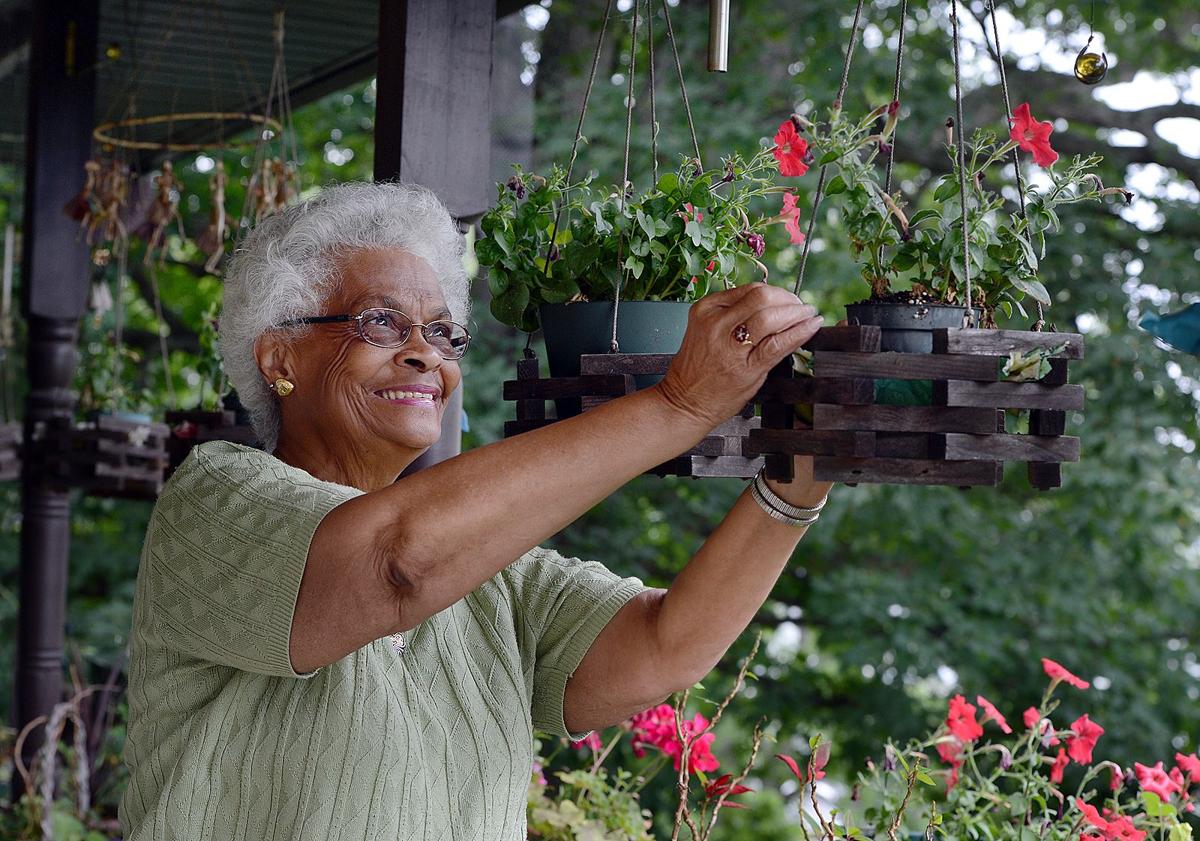 “Like I said, we’ve come a long way, but we’re not there yet,” said Mary Booker, 82. Booker was born in Charleston, went to segregated schools and was the first black office manager of a Charleston department store. 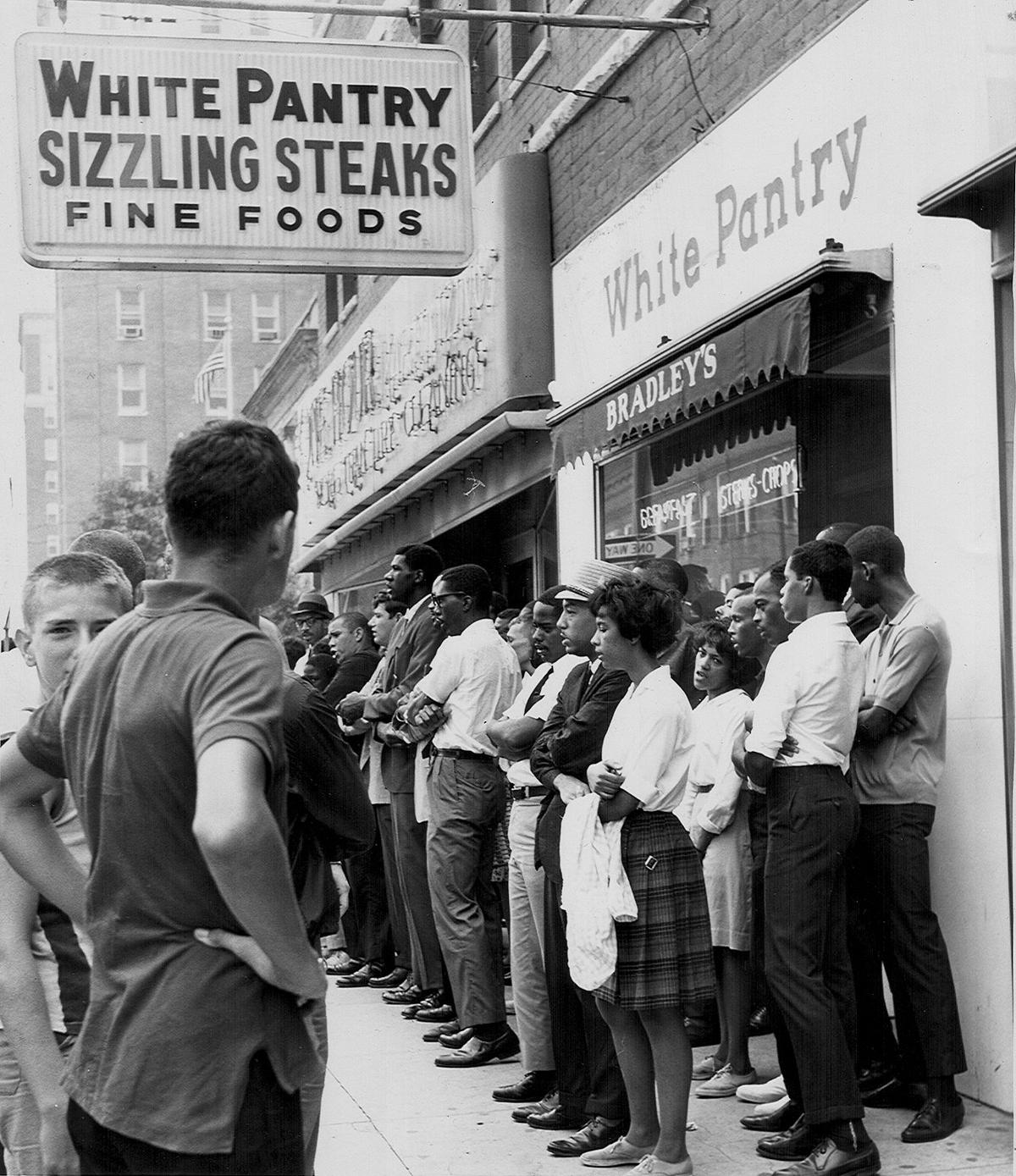 Protesters stand outside the segregated White Pantry restaurant in Huntington in August 1963. A year later, the Civil Rights Act would outlaw segregation in restaurants and other public accommodations, but a year after that, the White Pantry was cited as one of the few West Virginia restaurants that refused to comply with the law. 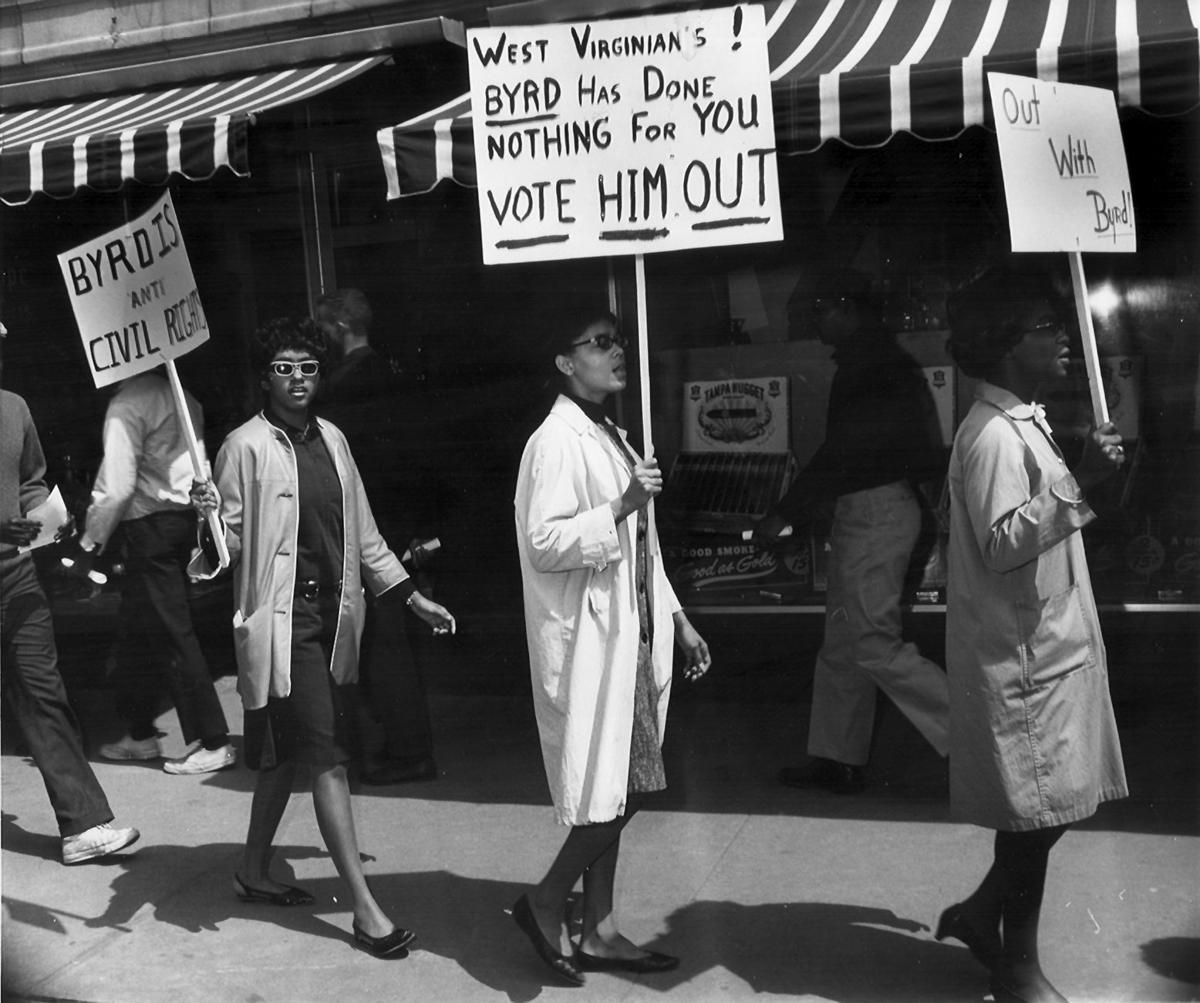 “Like I said, we’ve come a long way, but we’re not there yet,” said Mary Booker, 82. Booker was born in Charleston, went to segregated schools and was the first black office manager of a Charleston department store.

Protesters stand outside the segregated White Pantry restaurant in Huntington in August 1963. A year later, the Civil Rights Act would outlaw segregation in restaurants and other public accommodations, but a year after that, the White Pantry was cited as one of the few West Virginia restaurants that refused to comply with the law.

For 122 years, Article XII, Section 8 of the West Virginia Constitution said, “White and colored persons shall not be taught in the same school.”

Brown vs. Board of Education, the landmark Supreme Court case that outlawed segregation in public schools, rendered that clause moot for the last 40 years of its existence, but it was not removed until 1994. And even then, 42 percent of West Virginia voters and 16 counties (Barbour, Braxton, Clay, Doddridge, Gilmer, Lincoln, Mason, Mingo, Monroe, Pocahontas, Raleigh, Randolph, Ritchie, Roane, Summers and Tucker) voted to keep the clause in the state constitution.

Sixty years after Brown vs. Board and 50 years after the passage of the Civil Rights Act, West Virginia has a complicated history with race and civil rights.

President Lyndon Johnson signed the Civil Rights Act into law 50 years ago Wednesday, after a 14 hour and 13 minute filibuster by U.S. Sen. Robert C. Byrd failed to stop the bill. (Byrd would go on to win seven subsequent Senate terms, regret his opposition to the Civil Rights Act and be named West Virginian of the 20th century.)

“Those who are equal before God shall now also be equal in the polling booths, in the classrooms, in the factories and in hotels, restaurants, movie theaters and other places that provide service to the public,” Johnson said that day. “Let us close the springs of racial poison. Let us pray for wise and understanding hearts. Let us lay aside irrelevant differences and make our nation whole.”

The northernmost Southern state. The southern most northern state. Whatever you call it, West Virginia’s racial history has oscillated from unlikely success stories to the most virulent ugliness.

In 1928, McDowell County was home to the first black woman to serve in a legislative body anywhere in America. Three years later a mob in Greenbrier County forcibly removed two black men from the county jail and lynched them.

After Brown vs. Board, West Virginia never saw the violent protests that accompanied integration in Little Rock, Arkansas, and Oxford, Mississippi.

But integration proceeded fitfully. By the end of the 1957 school year, only 20 counties were considered fully desegregated. There were protests against integration in McDowell and Mercer Counties. In 1958 an integrated junior high school in Osage, in Monongalia County, was bombed.

The Civil Rights Act made it illegal for businesses to refuse service based on race, religion or nation of origin.

Smith remembered the 1949 fire at the Woolworth’s department store on Capitol Street.

Had McCormick and Coates tried to sit down to eat a sandwich or have a cup of coffee at the Woolworth’s lunch counter the day before the fire, they would have been denied. The store and other downtown lunch counters did not allow blacks until 1958, after sit-ins and boycotts organized by the Congress of Racial Equality (CORE), a national black rights group.

Smith, an artist whose bronze sculptures now sit at Haddad Riverside Park and Yeager Airport, was 27 when the Civil Rights Act passed. Ten years earlier, he was part of the first integrated class to attend West Virginia State College.

Born in St. Albans, Smith had attended Garnet High School in Charleston because it was the only black high school in the area.

“I was close to Nitro, I was close to Dunbar, close to Stonewall, South Charleston, all of those schools were closer to me than the only black high school in the county,” Smith said. “Certain things, it’s your memory, but you just let it stay buried and go on with your life.”

In some ways West Virginia was a bit ahead of the game on integrating public accommodations -- many were opened to blacks before the Civil Rights Act mandated it -- but, as with integrating the schools, it would take some time to fully catch up.

The state’s last major segregated hotel, the West Virginia Hotel in Bluefield, opened its doors to blacks after a sit-in in the spring of 1964, a few months before the law was signed.

“It is difficult to characterize in a few words the nature of the pattern of discrimination in public places in West Virginia,” the state Human Rights Commission wrote in its first report in 1962. “Many places continue to refuse service and some follow different policies at different times.”

Two years later, after the passage of the Civil Rights Act, the commission saw a somewhat better situation.

“There is a general response of compliance with the Civil Rights Bill, despite the rather notable holdout of the White Pantry Restaurant in Huntington,” the commission wrote. “Concern during the summer months was largely directed at swimming pools.”

“We had problems with Rock Lake Pool, down in South Charleston,” confirmed Joseph Tyree, who was a sophomore at Charleston High School at the time.

Protests gripped the segregated pool in August 1965, more than a year after the Civil Rights Act officially barred segregation in public accommodations. They dragged on for weeks. Pool employees sprayed protesters (and a Gazette photographer) with a hose and the pool went to court to try to get an injunction to stop the protests. Pool owner Joe Wilan said he received several thousand dollars in donations in support of his stand for segregation, according to Gazette archives.

“If you’re not willing to suffer, you don’t deserve to be free,” Rev. C.T. Vivian, a close ally of Martin Luther King Jr., told the crowds, two weeks after the protests began.

Mary Booker, 82, remembers the protests at the pool, although she recalls a black friend, who was very light-skinned, walking in without a problem.

Booker, who graduated from Garnet in 1949 (she was a majorette in the marching band), recalls segregated schools but integrated free time.

“In my neighborhood, there were Greeks, Russians, Germans, Jews, and we all, the children all played together after school,” Booker said. “We played together but we couldn’t go to school together.”

Booker would skip the three theaters that wouldn’t let her in and watched movies at the Ferguson Theater on Capitol Street.

She could buy an ice cream cone at the Valley Bell Dairy on Washington Street, but was forced to eat outside, not at the counter

She had an account at the Diamond Department Store -- her money was just as good as anyone else’s -- but she couldn’t eat at the lunch counter or at the cafe. In the face of CORE’s protests, The Diamond, West Virginia’s largest department store, was more obstinate than the other downtown lunch counters. It took 18 months of sit-ins, boycotts and pickets until blacks were allowed to sit down to eat at the store.

The Civil Rights Act outlawed this type of open segregation. But laws can only do so much. They can’t change hearts and minds.

“It wasn’t a fight to go to the schools, but the children weren’t really treated very well,” Booker recalled. “My daughter’s teacher said, ‘You’re here, but I don’t really want you here.’”

Meanwhile, Booker was working at Arlan’s, on the south side of the Patrick Street Bridge, where she was Charleston’s first black office manager of a department store.

When she worked a cash register, Booker said, she would regularly have white customers who refused to put money in her hand. “They would just kind of drop it so it fell on the counter or on the floor,” she said.

They did this ugly routine three times before Booker’s boss called her to the front desk.

“Mrs. Booker will help you,” her boss told the woman.

The woman stared at Booker.

“I said, ‘Who would you like to have, the Queen of Sheba?’” Booker recalled. The woman said she didn’t need any help and left the store.

Watts, now the pastor at Grace Bible Church in Charleston, lived in the Stadium Terrace public housing complex, which had two 25-unit buildings, separated by about a quarter mile. One building was called the “white camp” and one the “colored camp,” Watts said. (Mount Hope’s 2013 comprehensive plan says that the coal town was initially planned based on two considerations: Separation between upper management and the workforce, and segregation.)

“I’m thinking, I live in a segregated neighborhood, I’m thinking I have to sit in a balcony when I go to the movies, and in my mind I’m thinking, ‘All this is getting ready to change.’” Watts said. “The Civil Rights Bill of 1964 was passed and nothing changed in my community.”

Watts said it took a year or two for the movie theater to fully integrate, and that Stadium Terrace was still segregated when his family moved out in 1973.

Watts is now a community leader on the West Side of Charleston, one of the areas of West Virginia with the highest concentration of black residents. It is also one of the poorest.

It’s been 20 years since the state’s Constitution mandated (in vain) segregated schools.

Today about three-quarters of students at Mary C. Snow West Side Elementary are black. More than 90 percent of students there qualify for free or reduced school lunch.

In the census tract that the school occupies, 48 percent of residents are black, according to the most recent Census. Across the river, in wealthier South Hills neighborhoods, the black population ranges from 10 percent to 1 percent.

“We do find racism to be a problem here in West Virginia,” Jacquet said. “I can look at the history of where we’ve been and say that we’ve made some strides, however minimal, and we’ve still got a long way to go.”