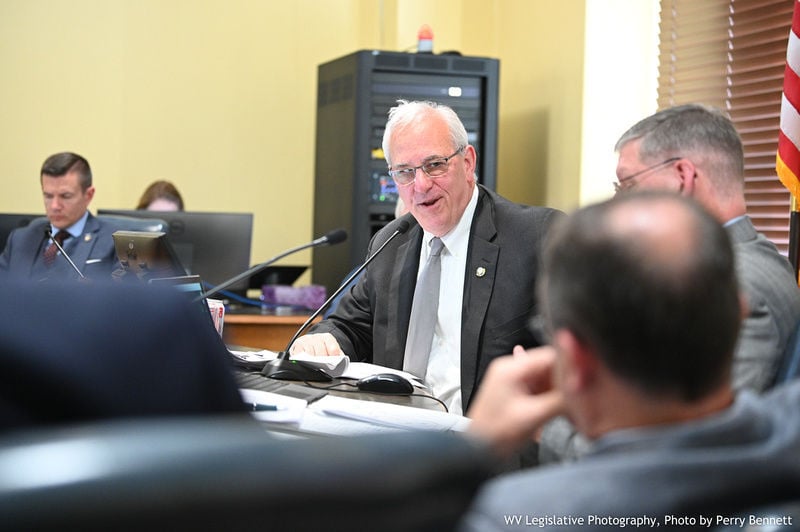 West Virginia Senate Redistricting Committee Chairman Charles Trump, R-Morgan, addresses the committee during a meeting Thursday. State lawmakers are in the process of drawing legislative and congressional districts as required by the West Virginia Constitution. 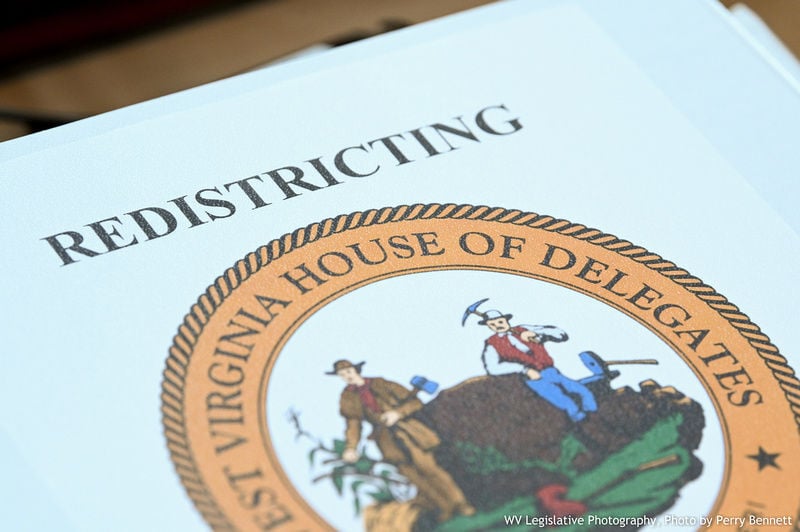 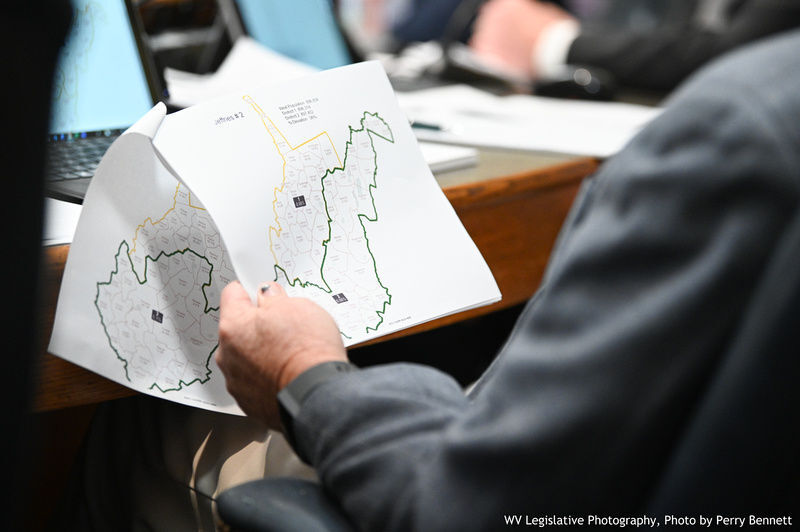 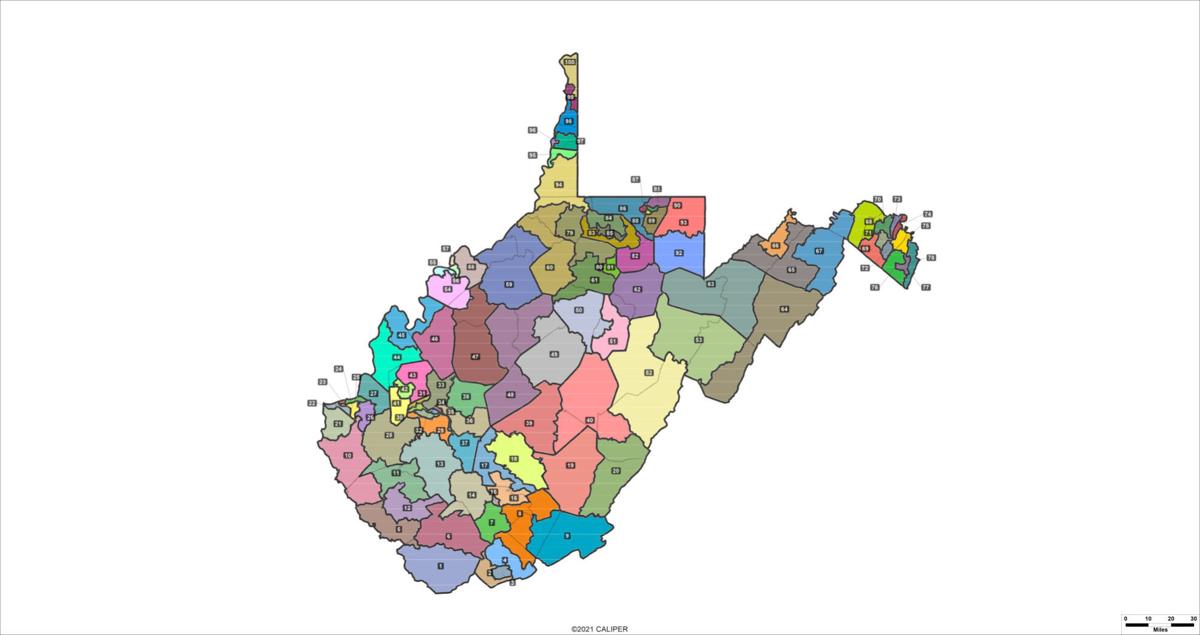 This is the draft map created by the House Select Committee on Redistricting for the House of Delegates.

West Virginia Senate Redistricting Committee Chairman Charles Trump, R-Morgan, addresses the committee during a meeting Thursday. State lawmakers are in the process of drawing legislative and congressional districts as required by the West Virginia Constitution.

This is the draft map created by the House Select Committee on Redistricting for the House of Delegates.

Mountain State Republicans face dramatically different challenges since they last held the majority in a redistricting cycle exactly a century ago.

State lawmakers today are drawing the maps amid a nearly 2-year-old pandemic that delayed the release of census data by four months, and they are compensating for the highest rate of population loss in U.S. over the past decade.

That triggered the oft-cited loss of a congressional seat, leaving West Virginia with two House districts. In addition, the state House is shifting to 100 single-member districts from the current 67 multi-member districts.

State law does not mandate when redistricting must be completed. But residency requirements for candidates is one year prior to a given general election. That means anyone who wants to seek office in 2022 must be living in their district by Nov. 8. That’s the deadline state lawmakers have given themselves to finish their work.

“There’s no point in complaining about it or griping about it,” said state Senate Redistricting Committee Chairman Charles Trump, R-Morgan. “It is what it is ...”

Trump and many of his colleagues have said they expect to wrap up their part of the redistricting process during the week of Oct. 10. Legislators anticipate Gov. Jim Justice will call a special legislative session that week for that purpose.

The state House Redistricting Committee released the first draft of a map Thursday. It shows increased clusters of districts in northern West Virginia, reflecting the shift in the state’s population centers.

It also represents the last manifestation of the Republican takeover of the state during the last decade, but it doesn’t entirely represent a takeover or shift in West Virginians’ priorities, state political and economic experts told the Gazette-Mail.

The last time the GOP held the majority during redistricting was 1921, three years after World War I and eight years away from the Great Depression that served as a catalyst for a Democratic takeover of the legislature in the 1930 election.

Democrats remained the majority party in state government until 2014, when Republicans won majorities in the state legislature.

As of 2021, Republicans hold supermajorities in both legislative chambers and all six of the state’s constitutional offices: governor, secretary of state, treasurer, auditor, attorney general and secretary of agriculture.

Even with the significant population loss in recent decades, West Virginia still has more people now — about 1.793 million – than it did in 1921, when the population was 1.463 million.

But southern West Virginia has seen disproportionate population loss with coal’s decline, adding weight in the population-driven redistricting process to northern West Virginia, where the economy is more diverse with shale gas and transportation hubs. That adds to the geographic challenges, including West Virginia’s irregular shape and mountainous, rural terrain.

Of the seven counties in West Virginia that saw population growth, six were in northern West Virginia: Berkeley, Monongalia, Jefferson, Lewis, Preston, Hardy and Pleasants. The seventh, Putnam, is book-ended by Kanawha and Cabell counties, which respectively contain the state’s largest cities.

Berkeley long has been the fastest growing county in West Virginia, due, in large part to its proximity to Washington, D.C., said Dr. Marybeth Beller, political science professor at Marshall University. The same is the case for Jefferson.

Monongalia is home to West Virginia University and borders Preston, which shares a border with Maryland and is part of the Interstate 68 corridor.

Behind the extraction industries, real estate and rental leasing along with retail trade, round out the top five drivers of the state’s GDP, based on the company’s data from 2018.

Beller pinpoints the most recent political shift in West Virginia as starting roughly with Al Gore’s 2000 presidential campaign, which focused on environmental reforms.

“To a lot of people, that meant the extraction industry employment sector was going to be threatened,” Beller said. “There was a lot of fear, if Gore came into office, about what’s going to happen.”

She said that association of environmentalism with the Democratic Party was not one with which West Virginia Democrats could align, which broke up the messaging and priorities between the national and state party.

To that end, the national GOP affiliation with an anti-regulation platform was consistent with the messaging among Republicans in West Virginia, which tracked better amid economic fears of a downturn in the coal industry.

The influence of the National Rifle Association is a factor. Once largely apolitical, the NRA heavily backs the GOP.

“This is a big hunting state and is a big state where people enjoy using guns for sports, and shooting,” Beller said. “The NRA has campaigned that no, only Republican candidates should be elected.”

A fifth of West Virginia Democrats said race played a role in their vote, according to a 2012 report from The Atlantic.

In 2012, Keith Judd, a white man who had been convicted of extortion and serving a 17 1/2-year sentence in federal prison, won 41% of West Virginia’s vote in the Democratic primary.

Repealing Obama-era environmental mandates was a cornerstone of Donald Trump’s presidential campaign in 2016, when he famously donned a mining helmet and held up a sign that said “Trump digs coal” during a rally in Charleston.

“What did they like about Trump?” said West Virginia University law professor Anne Marie Lofaso. “They felt that Trump was speaking to them for once.”

In contrast to Democrats, Republicans’ message has been simple and consistent for the last 20 years.

“The Republican Party stayed on coherent message, and has continued to do so,” Beller said. “Statewide leaders have continued to identify themselves with Republicans on the national level.”

The quality Lofaso said she sees most in West Virginians is a sense of practicality, which translates into the voting booth.

“I don’t think West Virginians care if you’re Republican or Democrat, as long as you’re giving them jobs,” Lofaso said.

She said Republican candidates in West Virginia made inroads with unions because of the party’s consistent support of the coal industry.

Meanwhile, northern West Virginia has amassed political power based on its economic diversity and location near Washington and Pittsburgh and in the Interstate 81 corridor, making it a transportation hub for the eastern United States.

WVU is a major economic driver along with two hospitals in Monongalia County, but, Lofaso said, the area has not yet felt the full effect of the recent shutdown of the former Mylan pharmaceuticals plant in Morgantown.

Lofaso said the state’s priorities should be expanding into clean energy, appealing more to the film industry and continuing to support tourism and recreation, the latter of which has been a priority for West Virginia under a Republican majority.

Those changes in the economy and subsequently the population are reflected in the leadership in the Capitol.

In the legislature, Senate President Craig Blair hails from Berkeley County, and two of the three majority party leaders in the Senate are from northern West Virginia — Majority Whip Ryan Weld, R-Brooke, and President Pro Tempore Donna Boley, R-Pleasants, who is the second-longest serving senator in state history.

Of the Senate’s 19 committees, 16 are chaired by senators from northern West Virginia.

Marshall political science professor George Davis said the redistricting process should be more focused on sorting out the needs of regions than on political party.

“Especially given that the growth really was in the Eastern Panhandle, people from the southern part of the state probably have an interest in trying to work the map out in a way that’s going to at least do the least damage to their region,” Davis said.

Differences in the economies of northern and southern West Virginia are a key factor in drawing the maps, Davis said.

Trump, who is from Morgan County in the Eastern Panhandle, presided over a Senate Redistricting Committee meeting Thursday that turned into a debate over a proposed district spanning the state’s easternmost county, Jefferson, through southern West Virginia to the westernmost county, Wayne.

Sen. Mike Woelfel, D-Cabell, opposed breaking up the Cabell, Putnam and Kanawha metro area. Sen. Eric Tarr, R-Putnam, said if that map were approved, “the southern part of the state would probably never see a person elected to Congress.”

Trump said the issue with Putnam is not one he would have considered without it being raised.

“I’m glad to hear people bring that up,” Trump said, “and I’m hoping that what will happen as we move forward are other comments and similar observations about other areas in the state.”

Brian J. Allfrey: Why we need newspapers more than ever

The Gazette and Daily Mail: A history of two capital city newspapers

4 home upgrades to help you get ready for holiday guests