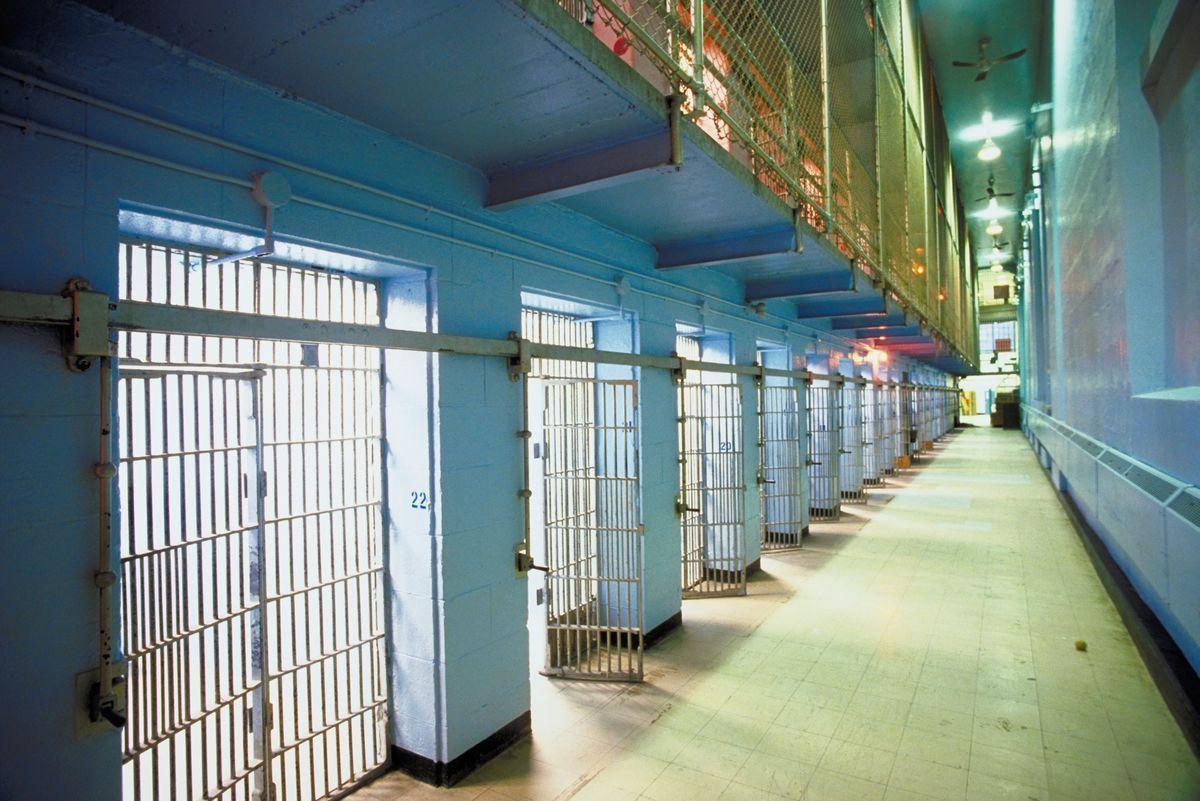 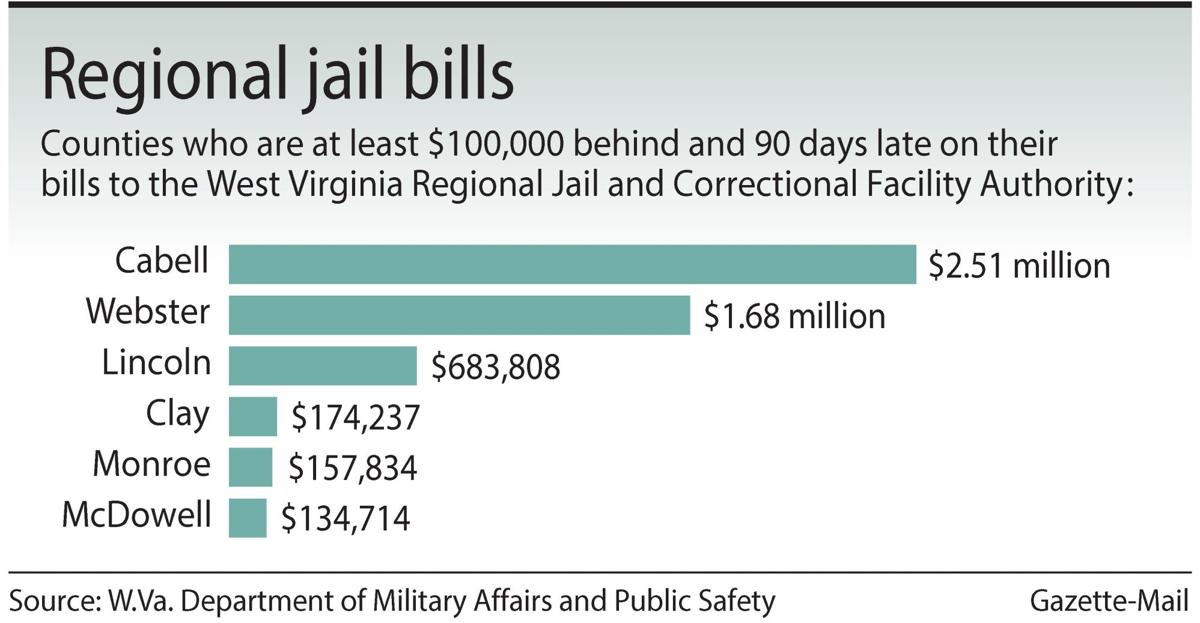 With several West Virginia counties failing to pay to house their inmates at the state’s regional jails, the counties that do pay may end up footing more of the costs, officials say.

Thirteen counties are more than 90 days past due on their bills to the Regional Jail and Correctional Facility Authority, according to numbers provided by a spokesman for the state Department of Military Affairs and Public Safety. Of those, six counties owe more than $100,000. All together, the late bills total about $5.5 million.

The counties with the highest overdue bills are Cabell, which owes approximately $2.5 million; Webster, which owes $1.68 million; and Lincoln, with $683,808 overdue. Last year, the state Supreme Court ordered Webster County to pay its bill, after it fell behind by more than $1.5 million.

County commissions pay for jail inmates who are arrested in their counties no matter if the sheriff’s office, city police or State Police make the arrest.

Counties currently pay $48.25 per inmate per day, which is believed to be the lowest or one of the lowest rates for jail incarcerations nationally, DMAPS spokesman Lawrence Messina said.

Messina said the RJA strives to avoid increasing the per diem by pursuing alternative funds, but the failure to pay past due amounts has put a strain on the authority.

“The RJA board was well aware of these challenges when it voted to keep the per diem at its current rate in late 2016,” Messina wrote in an email. “The board is scheduled to revisit the rate at its October meeting. The board is aware that increasing the rate would punish the vast majority of law-abiding, responsible counties.”

Board member Michael Taylor said the rate may have to be increased.

“It was a shock because at three, four different times we had to go back and do a budget adjustment,” Taylor said.

This year the county has another $2 million budgeted for the jail bill. The county is current with its jail bill, but that’s because it’s putting off other projects like courthouse renovations.

The county has not raised taxes to pay for the jail bill, he said.

The Kanawha County Commission, on the other hand, is raising a tax to pay for its jail bill. Last week, Kanawha commissioners voted to raise its excise tax on property transfers by $1.10 per $1,000 beginning in October.

The tax increase was made possible by Senate Bill 433, which passed during the 2017 legislative session and became law in July. The legislation, sponsored by Sen. Charles Trump, R-Morgan, allows counties to raise their excise taxes on property transfers to up to $1.65 per $500.

Commission President Kent Carper said the county will devote the increase in revenue from the tax increase to its jail bill, which has steadily risen over the past few years.

“Take a small county, what they owe compared to what they bring in — it’s staggering,” Carper said.

Counties — even those that are behind on their jail bills — get assistance from the state Regional Jail Operations Partial Reimbursement Fund at the Treasurer’s Office, which comes from magistrate and circuit court filing fees and aims to offset the amounts that counties pay to house inmates, Messina said.

Kanawha County hasn’t always stayed current with its jail bill, either, Carper said. At one point about 10 years ago, Kanawha was behind by approximately $3 million, he said.

Carper said back then he used it sort of like a line of credit, paying it off when the county had the cash flow to do so. Carper said like cash-strapped counties often have to choose what bills to pay and opt for the ones they think are essential. There’s not a penalty for neglecting to pay a jail bill, he said.

Now, Carper said the county audits the jail bill to make sure people aren’t staying in jails longer than they should. Carper said he doesn’t have a problem paying to keep people off the street if they’re a threat.

“If there’s one check I will write it’s a check to keep dangerous people in jail, and the [key] word is dangerous,” Carper said. “And there’s a lot of them.”

Correction: a previous version of this story paraphrased an RJA board member who said the rate that counties pay to house inmates may increase so that the agency can pay off the debt it owes on building jails. A spokesman for the DMAPS said state law prohibits the agency from using that money to pay off the debt.