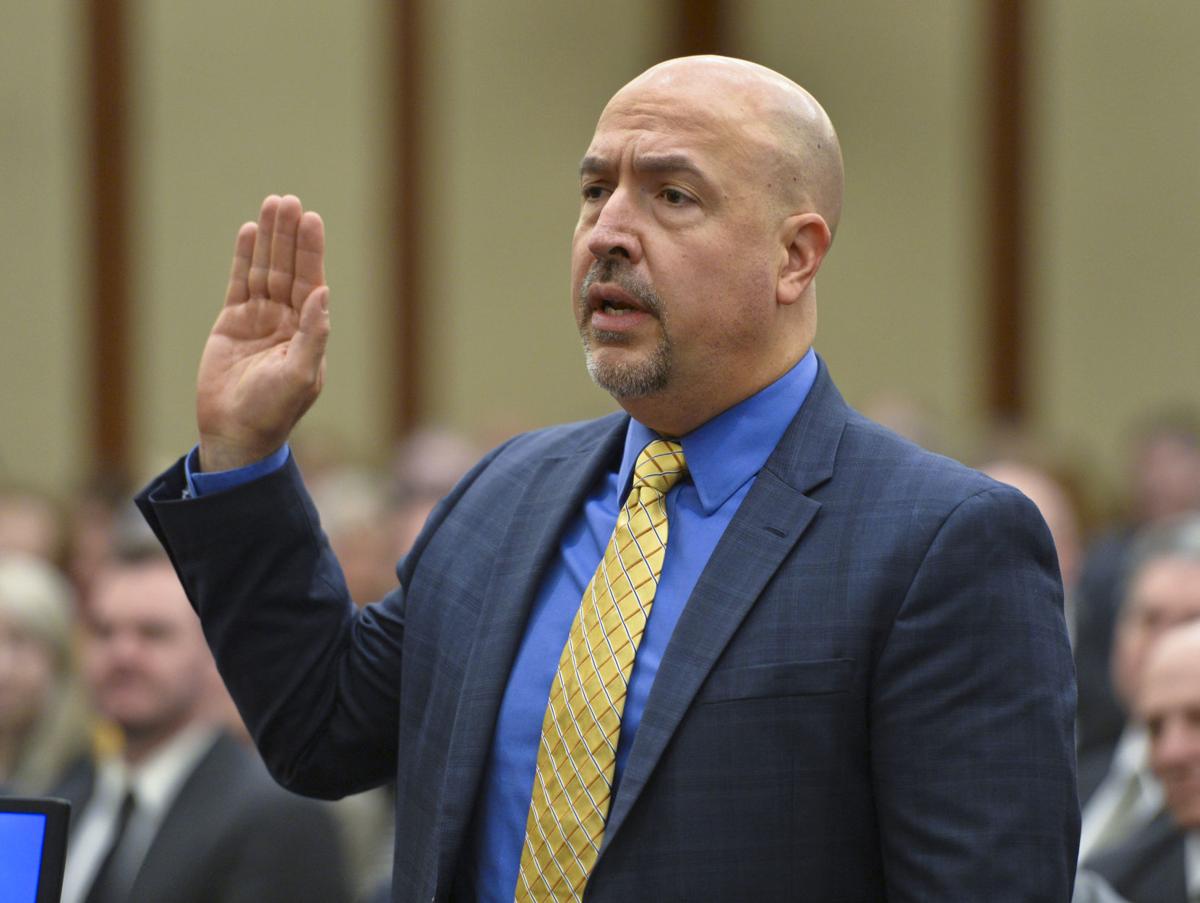 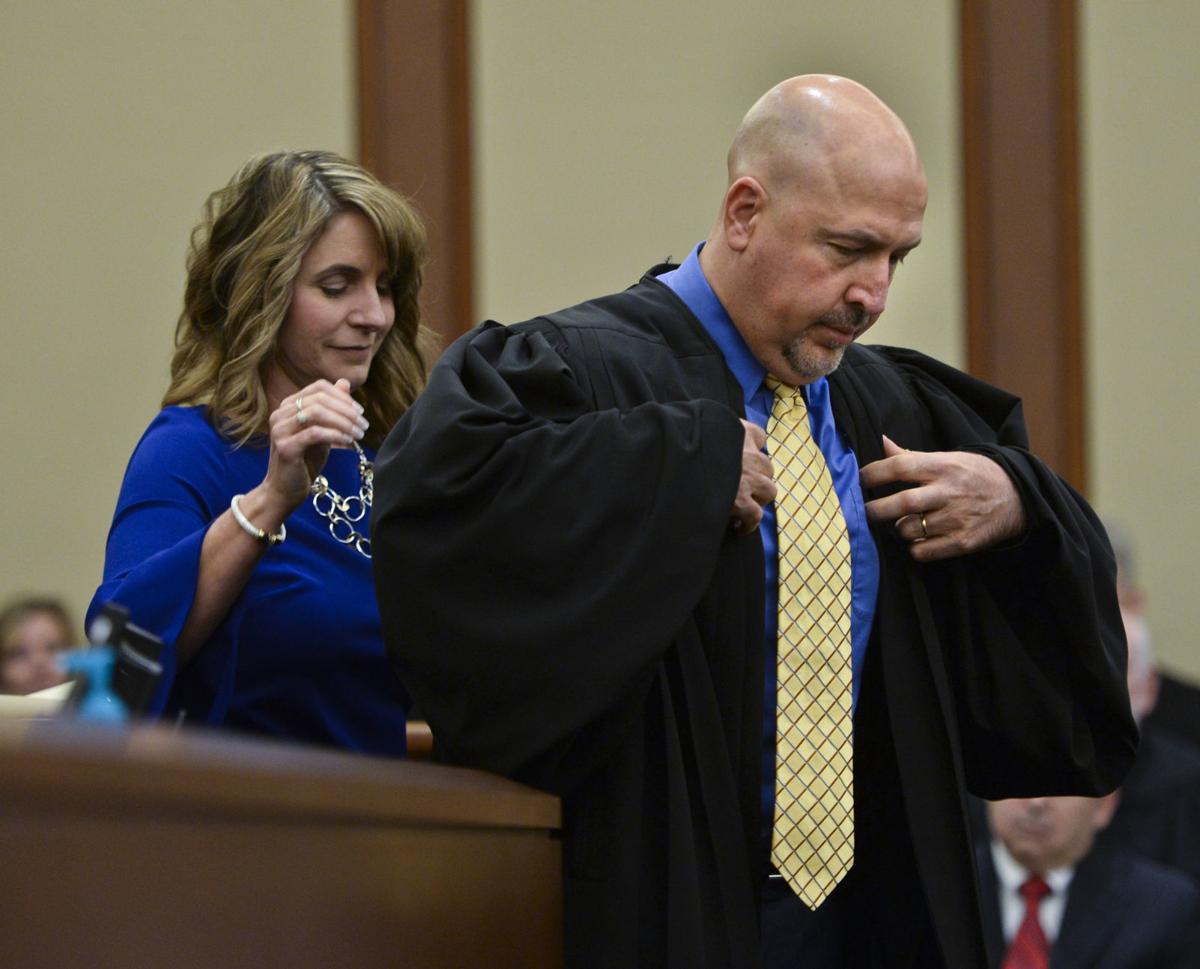 Frank Volk is presented his robe by his wife, Angie, during his investiture ceremony Friday at the Robert C. Byrd U.S. Courthouse, in Charleston. Frank Volk was sworn in as the newest district judge for the Southern District of West Virginia.

Frank Volk is presented his robe by his wife, Angie, during his investiture ceremony Friday at the Robert C. Byrd U.S. Courthouse, in Charleston. Frank Volk was sworn in as the newest district judge for the Southern District of West Virginia.

Frank Volk, a Morgantown native and two-time West Virginia University graduate, was sworn in Friday afternoon at the Robert C. Byrd U.S. Courthouse, in Charleston, as the newest U.S. District Court Judge for the Southern District of West Virginia.

Volk, a former district Chief U.S. Bankruptcy Judge, fills the vacancy left by Judge John Copenhaver, who transferred to senior status on the court in November 2018. Volk was recommended to President Donald Trump by Sen. Shelley Moore Capito, R-W.Va., in April 2019. His nomination was confirmed by the Senate six months later on a 92-0 vote.

Capito, who attended Volk’s investiture ceremony Friday, said Volk is a beloved and well-known figure in the state, calling him “just kind of the pride of West Virginia.”

“He’s obviously extremely well-qualified and prepared by his clerkships, his mentorships, people he’s worked with,” Capito said. “He came highly recommended to me by just about everybody when this opening became apparent, and so that carries great weight.

“I’ve had a couple [judges] that I’ve been able to nominate, and I think they’ve all been really, really good,” she continued, “but I think he has more experience that he brings to the table.”

After the ceremony, Volk spoke about his dedication to the court and what he hopes to make of his lifetime appointment.

“I love this court, and [I] have the opportunity to serve on it for the balance of my life. It’s just a wonderful privilege,” he said. “I don’t know the traits I bring, but I know the traits that I want to bring: impartiality, certainty, an independence — which is a tradition of our judiciary in this country — and integrity. That’s something that cannot be sacrificed in any way, shape or form.”

He said he was grateful to have his 94-year-old mother, Jessie, there to witness his achievement.

Jessie Volk said that, when her son was growing up, she never thought he’d go on to become such a highly respected federal judge. But she said he is a great son, who still calls her almost every day.

“I never thought of it. He was a good student, a good boy. He had some moments, you know, as a kid growing up, but I never had to really worry about him,” she said. “He’s been so faithful and kind, and I can’t think of enough words to describe him.”

Her son thanked multiple mentors during his remarks, including the late Judges Charles H. Haden and M. Blane Michael, whom he clerked for, as well as his former bosses, current state Supreme Court Justice Margaret Workman, who was in attendance, and Copenhaver.