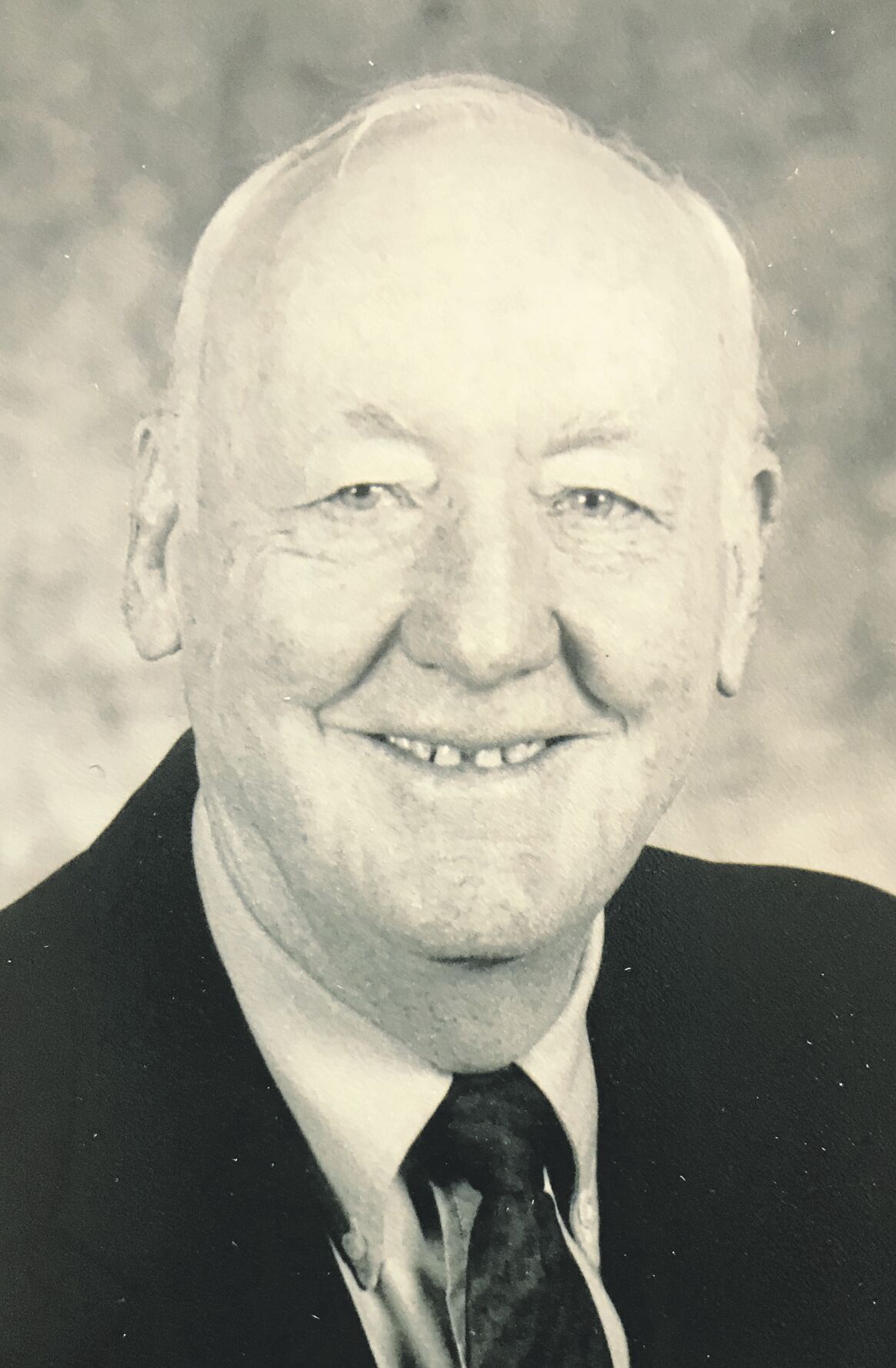 DUNCAN CAMPBELL MALCOLM (SCOTTY) of Charleston, died at his home Saturday, November 14, 2020, at the age of 90. He was born on September 23, 1930, in Dansville, New York, the son of Henry and Margaret Campbell Malcolm.

Scotty attended PS 30 Elementary School and Port Richmond High School in Staten Island, New York. He graduated from Lehigh University in 1952 with a Bachelor of Science degree in Geology and was a member of the Delta Tau Delta fraternity. He also played varsity basketball at Lehigh and was selected as the team's captain during his senior season. After college, he served in the United States Air Force as a navigation instructor in Laredo, Texas, and reached the rank of Captain. After his military discharge, he worked as a petroleum geologist for Sinclair Oil Company in Casper, Wyoming. In 1958, Scotty and Lura moved their growing family across the country to Charleston, West Virginia where he worked for Carbon Fuel Company and then, Cabot Oil & Gas Corporation. In 1968, he formed D.C. Malcolm, Inc. as a petroleum exploration and consulting company and, for over 50 years, drilled and operated oil and gas wells throughout the state of West Virginia. In addition, he was president and CEO of Consumers Gas Utility Company in Huntington, West Virginia. He was proud to work side-by-side with his son, Doug, for 35 years and was always quick to credit the success of his businesses to the hard work and dedication of each and every one of his employees.

Scotty served on the Board of Directors of United Bank, was a director of the Independent Oil & Gas Association of West Virginia, served as president of the Appalachian Geological Society, was president of the West Virginia Small Public Utilities Association, and was recognized as the West Virginia Oil & Gas Man of the Year in 1998. He was active with both the Daymark Charity Tennis Tournament and the Charleston Public Courts Tennis Tournament. He was a member of St. Matthew's Episcopal Church for 61 years and served multiple terms on the Church vestry.

Scotty loved his family and surrounded himself with fun-loving, active friends who kept him young beyond his years. He was an avid tennis player and played on the National Championship USTA 4.0 team representing the Charleston Tennis Club in 1990. He taught his children and grandchildren tennis, basketball, ice skating, and rollerblading. He also loved music and played both the banjo and the bagpipes. Too, his passion for basketball continued throughout his life. He coached both boys' and girls' teams at St. Matthews and continued to compete well into his seventies, even representing Charleston on several Senior Olympic basketball teams. He and Lura enjoyed traveling and he proudly wore a WVU ball cap wherever he went, saying, "No matter where in the world you go, you're bound to run into a fellow Mountaineer." He also made it his lifelong ambition to chronicle the life of his good friend, JoBeth, and her futile quest to travel to Myrtle Beach.

Due to Covid-19 restrictions, the family will not be holding an open memorial service at this time. For those who wish to donate in Scotty's honor, the family suggests contributions to the Independent Oil & Gas Association of West Virginia (IOGA WV) Scholarship Fund, 300 Summers Street, Charleston, WV 25301.

You may send condolences to the family at www.barlowbonsall.com