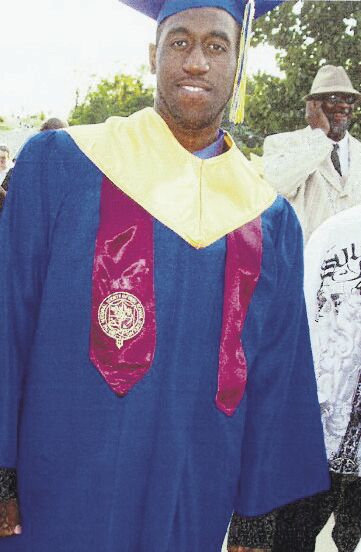 He was very gifted. George was a member of the National Society of High School Scholar, received the President's Education Awards program for outstanding academic excellence from President Bush. He graduated from East Allegheny High School in 2011, then furthered his education at Thiel College, where he received an Academic Scholarship; he majored in Actuarial Studies and minored in Forensic Accounting.

George loved math and also enjoyed reading. He was always learning and teaching and also tutored those who needed help. He loved his family and friends. In July 2020, George decided to relocate to West Virginia to be with his family. After six months, he ventured out to start a new career where he worked on houses and worked at Home Depot. He loved doing new and exciting things that kept him thinking and producing and traveled to do so.

George was a member of the Christian Fellowship Center Church of God in Christ, located in Pittsburgh. He believed in the word of GOD and always tried to live the way the Bible tells us to live.

George is survived by his father, George Hunter Sr.; and his Aunt and Uncle Deborah and Clarence Easley, who had full guardianship of George at the age of 15, after the death of his mother in 2009. He also survived by his Aunt Cheryl Mosley, and a host of cousins and other family members.

In lieu of flowers, the family asks that you consider donating to the "Go Fund Me" set up to assist with funeral costs, as well as other expenses.

Funeral Service will be held at 1 p.m., Friday, July 23, 2020, at Barlow Bonsall Funeral Home, Charleston, WV, with visitation one hour prior to the service. Condolences may be sent to the family at www.barlowbonsall.com.