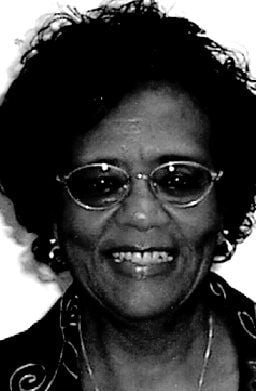 MARIAN DELORES "DEE" JOHNSON, 85, of Charleston, West Virginia, passed peacefully on May 28, 2020, after a short illness.

Marian found the best in everyone and never met a stranger. She was a lifelong resident of Charleston, a graduate of Garnet High School, an attendee of University of Charleston and a beloved mother, known to many of the west side's children as "our other mother" during the 60's and 70's. Dee's extensive outpouring and influence upon youth made her a paladin in education and youth development.

In the late 1960's Marian was hired as Neighborhood Center Director at the Second Avenue Center by the Recreation Department of the City of Charleston. She worked as Summer Playground Director and later advanced to Supervisor of the West Side Playgrounds. In 1977, she was promoted to Director and Manager of the North Charleston Center and implemented various new programs and activities for youth and seniors, alike. Marian assisted in promoting the health and welfare of pregnant mothers and their babies through the administration of the WIC program. During her sixteen-year tenure with the Recreation Department, she was often recognized for her work ethic and stellar performance, including the Best Playground Director of 1978. On August 5, 2011, Marian was presented with a Proclamation from the State of West Virginia and the City of Charleston, proclaiming the day as Marian Delores Johnson Day. She transitioned to the Retired Senior Volunteer Program (RSVP) in 1985, where she served in the capacity of Special Project Coordinator for nine years before retiring. When RSVP converted to the United Way sponsorship, Marian returned to the program for eleven years as Director for Kanawha and Boone counties.

A lifelong member of Ebenezer Baptist Church, Marian served as Sunday School teacher and Superintendent for over thirty years. During this time, she loved, guided, and built the character of many children through the Lord's teachings and programs, including Vacation Bible School and Christian enrichment activities.

Our family would like to thank Hospice House at CAMC Memorial for their love and support during Marian's last days.

A private family service will be Thursday, June 4, 12 p.m., at Ebenezer Baptist Church, Charleston. A walk-through viewing will be at the church, 10 a.m. - 12 p.m. Please adhere to all COVID -19 protocols, including wearing a face mask and maintaining social distancing.

In lieu of flowers, donations can be made to Ebenezer Baptist Church, in memory of Marian Delores Johnson. Arrangements have been entrusted to Callender Funeral Home, Charleston. Live streaming of the service will be available through Facebook on Olivia Woody's page. Expressions of sympathy can be sent to the family at callenderfuneralhome.com.