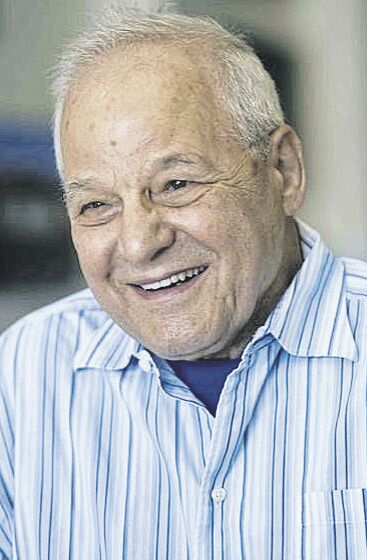 Tony was preceded in death by his parents, Joseph and Josephine Buttice Papa, sister, Margaret Solomon, and a nephew, Frank V. Papa, Jr.

He was born in NYC and raised in Harlem and on the shore of NJ in East Keansburg. After attending Leonardo High School, NJ, where he enjoyed playing football as a star running back and track athlete, he buckled down and scraped and saved every dollar to work his way through college, being the poor son of an Italian immigrant shoemaker. He graduated with BS ('55) and MS ('57) degrees in organic chemistry from West Virginia University, followed by a PhD ('61) from Washington State University and postdoctoral research on sulfur chemistry at Purdue University.

He then began an industrial career at Dupont's Experimental Station in Wilmington, DE, and 5 years later, joined Union Carbide Corporation at the Technical Center in South Charleston, WV, where he was awarded 35 US patents, co-edited and contributed to six books on polyurethane and phenolic foams, authored 19 publications in technical journals, and was awarded Union Carbide's Chairman's Award for Technology Excellence for solving a perplexing, decades-long technical problem at the company.

After 32 years of service at Carbide, he retired in 1998 and pursued two long-time passions: building stone walls on his property and oil painting. He especially enjoyed painting WV landscapes, boats, and the hidden beauty of chemical plants. He was a juried artist at Gallery 11 in Charleston and Tamarack: The Best of West Virginia.

Anthony was a Catholic at St. Francis of Assisi in St. Albans, where he resided with his wife and children for 55 years. He was a caring husband, always looking out for his wife; a model father, leading by example and instilling work ethic in his children; intelligent; creative; and a go-getter in all his pursuits.

Gathering of family and friends will be from 11 a.m., until time of service at the funeral home.

Online condolences can be sent to the family at www.casdorphandcurry.com