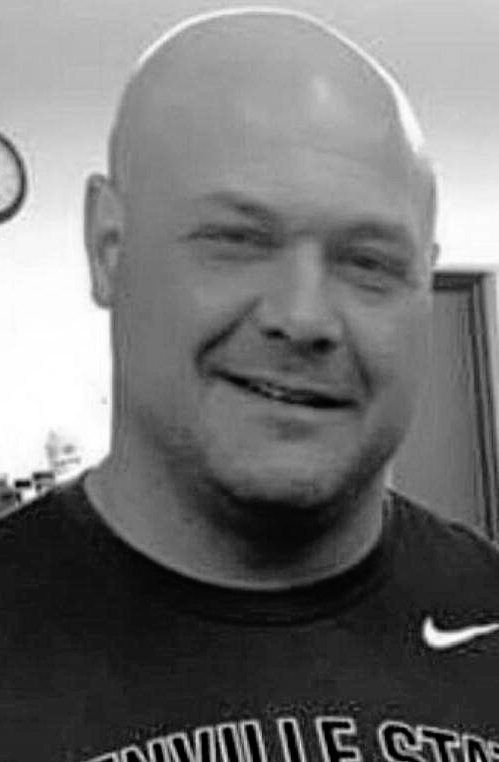 Born August 19, 1975 in Charleston, he was preceded in death by his Granny Kate Fisher; grandparents, Rockford and Nellie Barnett Thornton, Ruth "NahNah" Savilla and his cousin, Ben Savilla.

Chuck was a 1993 graduate of Winfield high School and a retired Putnam County Sheriff's Deputy along with his K-9, Jackson. He considered his current employer, Nehemiah Construction-Matt Ryder as family. He enjoyed camping, fishing and traveling with his family. He proudly coached his girl's ball teams and entertained the neighborhood children with energy and compassion. Many knew Chuck by his tough exterior, but his girls knew him as their "motherly father". You may be surprised to learn that he was an accomplished nail tech, hair dresser and could sew a mean blanket or two. He was the epitome of Mr. Mom. He would often say, "I don't know how you girls will survive without me." Today, they question the same.

A private celebration of Chuck's life will be held at a later date.

You may visit his tribute page at ChapmanFuneralHomes.com to share memories and offer condolences to the family.

Instead of flowers, contributions should be made payable to Kerri Savilla, in care of Chase Bank for the benefit of Tobi, Ashton and Johna.

To paraphrase his own words when the girls were in trouble, "I may be upset with you right now, but I will always love you." We now understand that more than ever.

Chapman Funeral Home, family-owned and located at 36941 Teays Valley Road, Hurricane is honored to serve Chuck and his family.