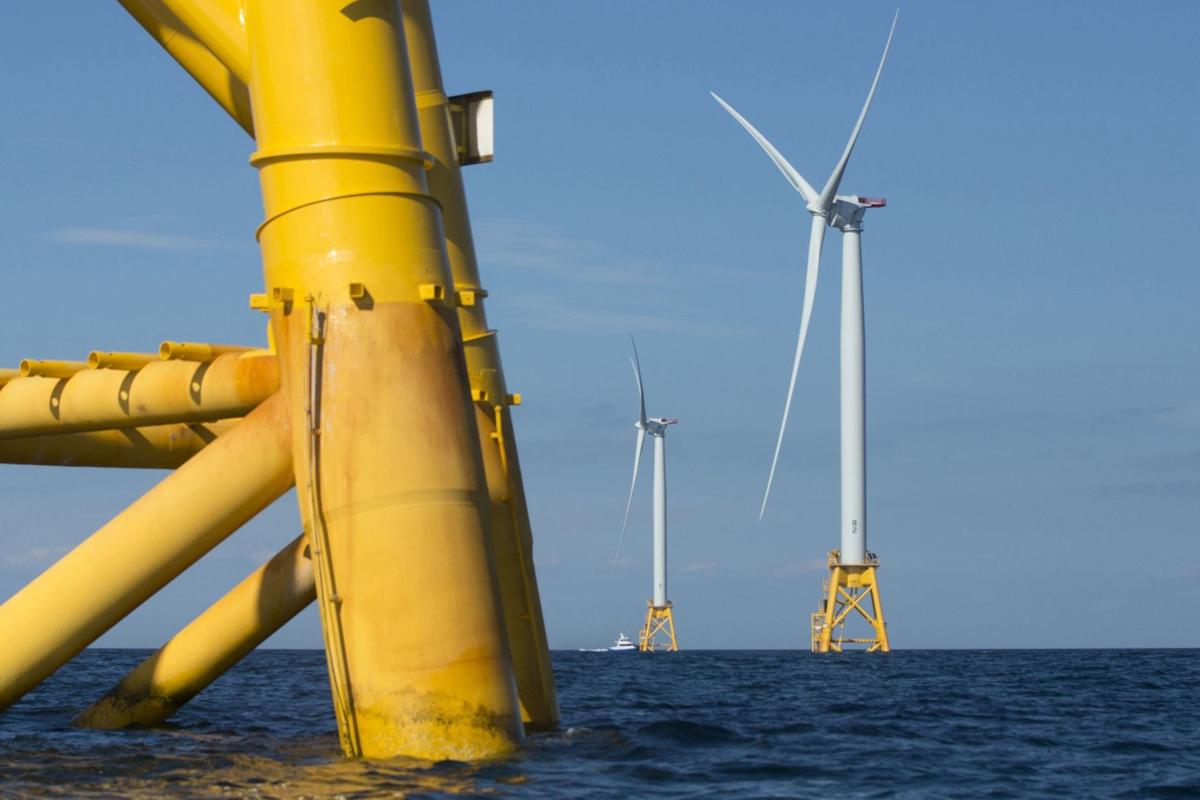 Wind turbines from the Deepwater Wind project stand in the sea off Block Island, Rhode Island, in 2016.

We have enormous potential to develop a robust offshore wind energy program in the United States, but you wouldn’t know it by the small number of turbines in operation today.

Despite a strong push to expand a variety of renewable power sources, including substantial state and federal backing to develop onshore wind power, just a single offshore project with five wind turbines has been sited and installed in U.S. coastal waters.

While interest in offshore wind’s potential has increased considerably in the U.S., we continue to lag far behind the United Kingdom, Denmark, Germany, China and other countries that already generate considerable power using offshore wind farms.

So, what’s the hold-up America? An important part of the answer is good old-fashioned government red tape.

In a recent interview, Thomas Brostrom, the U.S.-based CEO of the world’s largest wind farm developer, explained one major reason offshore wind projects have been so slow to take off here. His company, Orsted, must deal with as many as 20 federal, state and local regulatory agencies to secure the permits required for U.S. windfarm projects.

By contrast, Orsted and other wind energy developers work with just a single permitting agency in Europe. The comparative inefficiency is appalling, but not surprising.

While Europeans are hardly known for their light touch on environmental approvals, they’ve apparently figured out something our government has yet to learn. Energy projects in the United States — and infrastructure projects of all kinds — are drowning in an ocean of onerous regulation and crying out for reform.

The very same challenges that hang like an anchor around the neck of the offshore wind industry are faced by many others, including electricity transmission developers, natural gas pipeline companies and the nation’s increasingly vital hardrock mining sector.

If the U.S. is going to compete in the clean energy race, rebuild our failing national infrastructure and remain economically competitive, we must simplify and streamline these burdensome practices.

The urgent need for materials used in the advanced clean energy space and in other emergent technologies vital to our economy is simply not being met. Of additional concern, the industries using copper, rare earth elements, and even the lithium, cobalt, nickel and graphite used to produce batteries are increasingly reliant on imports, many of which are sourced from unstable nations or geopolitical rivals.

Apart from copper, almost none of these minerals are produced and refined domestically despite America’s vast mineral reserves. The United States is now at least 50 percent import-reliant on 48 mineral commodities.

The crux of the problem is an adversarial approach to mining, perhaps best personified in our broken permitting process. It now takes on average seven to 10 years, and often longer, to permit a new mine in the United States. In Canada and Australia, nations with comparably stringent environmental standards, the permitting process just take two to three years.

Reducing redundancy in permitting by deploying obvious efficiencies is just the kind of reform we need to unleash increased private sector investment and modernize the nation’s electricity grid, jump-start offshore wind energy production and rebuild the nation’s minerals and metals supply chain. Cumbersome bureaucracy and mountains of red tape are problems crying out to be fixed.

This isn’t a debate about bigger or smaller government. This is about smarter and better government and the future of American competitiveness.

Thomas J. Madison Jr. is an infrastructure consultant and executive director of Capital District Gondola in Albany, New York. He wrote this for